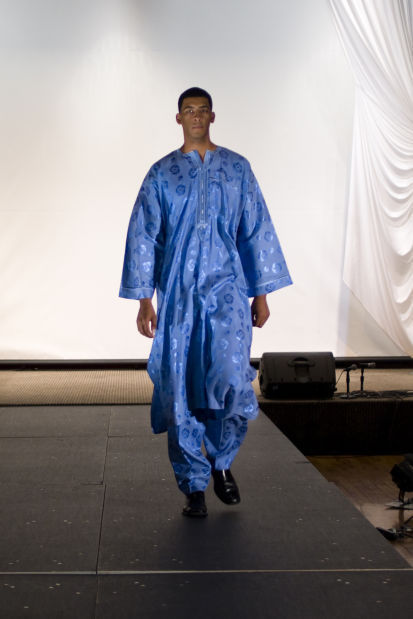 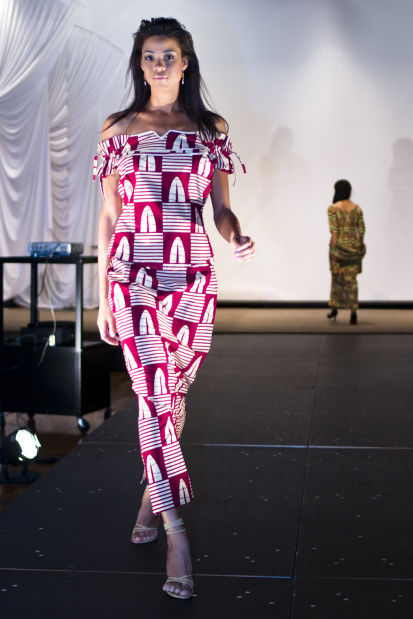 The Sabbar Shrine Center will give way to high fashion and festive music Saturday as the Diaspora Showcase Africa returns for its 10th year.

More than 300 fashionistas are expected to attend the event, which will feature the works of designers Allister “Pela” Burnett from New York City, Zanzibar-born Farouque Abdela, Kike Adeeko and Hakeem Oluwasegun Olaleye from Nigeria.

Olaleye, known as “Segun Gele” to fans, has received international acclaim for his visually inspiring headwear.

Showcase founder Kwevi Quaye said the event has come a long way from its humble beginnings.

“The quality of the designers has dramatically improved,” Quaye said. “When we started, we featured designers who were known in their local communities. Now we have designers that are international in scope. Many designers who didn’t know much about Tucson now know about Tucson.”

Quaye said the bar has also been raised musically.

The evening will feature the Afropop rhythms of the Washington, D.C.-based band Elikeh, led by the Togolese vocalist Massama Dogo.

Quaye has enlisted the talents of saxophonist Michael Weiss and violinist Michael Fan﻿ to provide their own classical take on songs made popular by the South African singer Miriam Makeba.

Makeba died in 2008, but songs she recorded, such as “Pata Pata” were international hits that are still played today.

“Miriam has been heard all over the world for more than 60 years,” he said. “She is a Grammy Award winner. Her music is not only typical to Africa. It is international.”

How the Pima County Library is nurturing ambition, hope in detained youth

At Pima County's Juvenile Detention Center, a library offers youth a chance to escape into a world of new possibilities through books.

Anthony "AJ" Johnson, an actor and comedian best known for his performance as Ezal in "Friday," has died. He was 55.

Here's a list of winners from Sunday night's Emmy Awards, plus a gallery of photos of stars on the red carpet before the show.

Lara St. John joins the Tucson Symphony Orchestra for its first concert since the pandemic hit in March 2020.

Elvira, 'Mistress of the Dark,' says she's gay, in longtime relationship with woman

Elvira, the "Mistress of the Dark," shared in her new autobiography, "Yours Cruelly, Elvira," that she identifies as a member of the LGBTQ+ community.