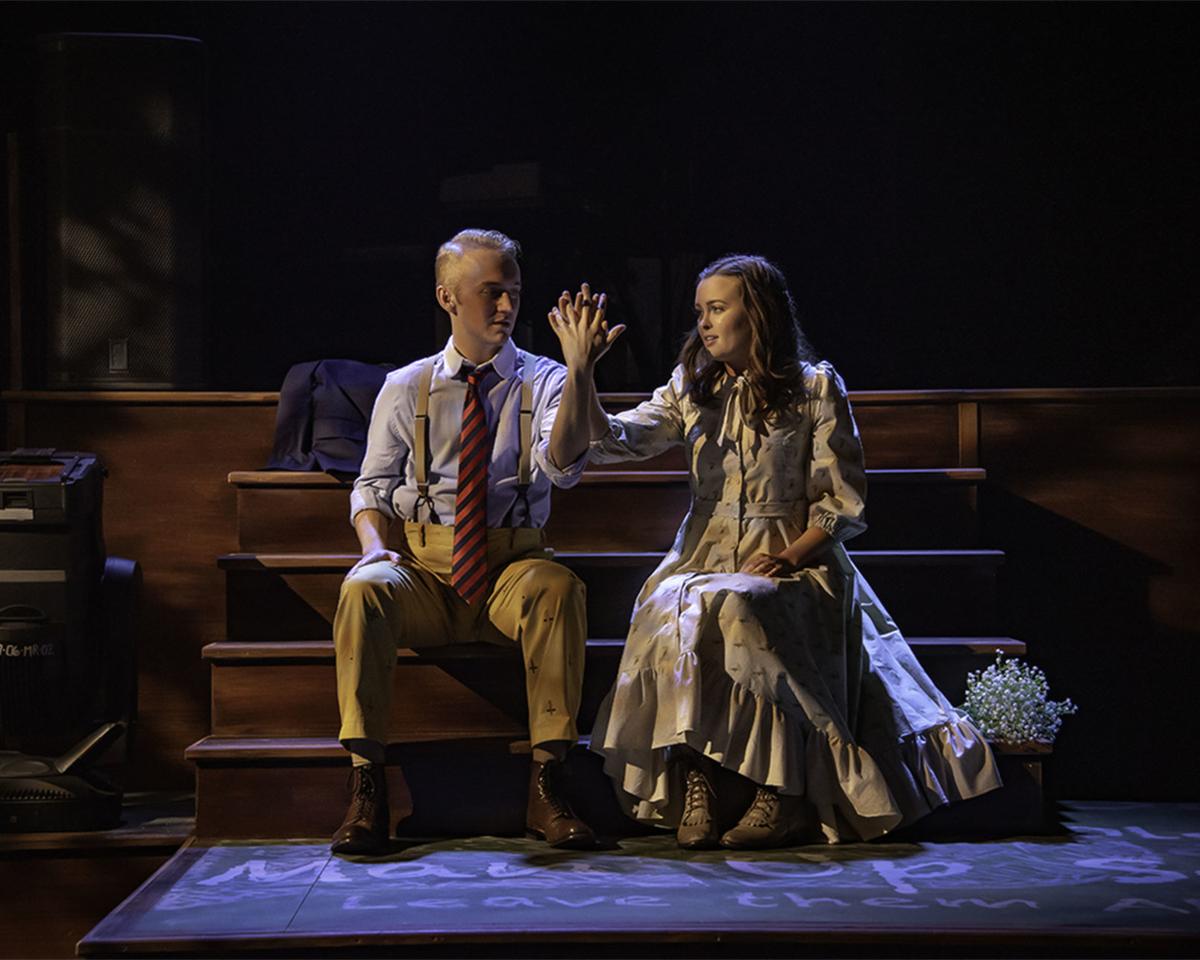 Written 130 years ago, “Spring Awakening” still packs a punch. Above, Michael Schulz and Rachel Franke are figuring things out. 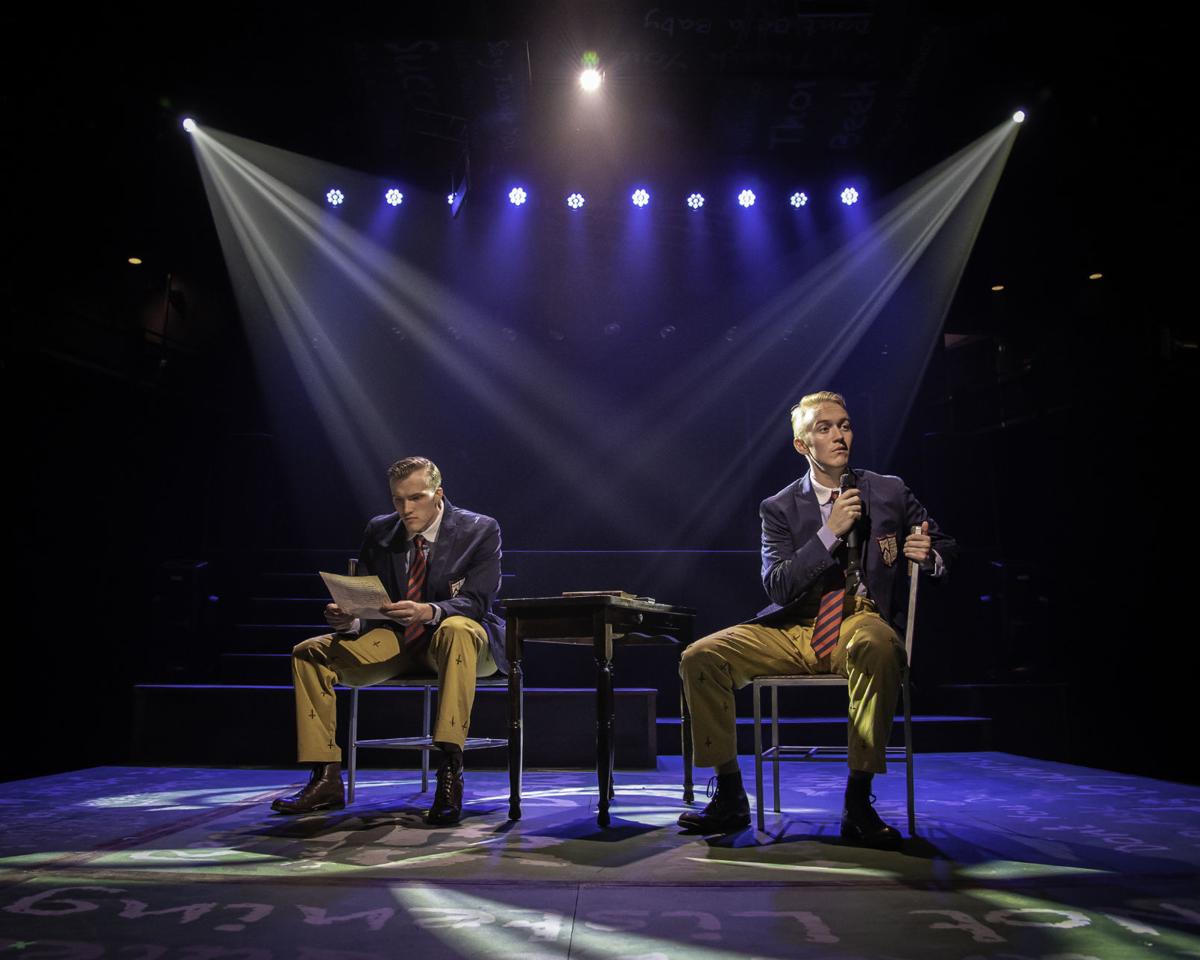 Although angst may be too light a word. It’s about raging hormones, lost innocence, sex, depression, and the awful jumble of confusion that comes with being 14 and oppressed by teachers, parents and society.

“Spring Awakening” is an adaptation of an 1891 play by German playwright Frank Wedekind. It’s all about oppression of what’s natural — sex — and it caused a scandal. It was rarely performed.

The musical’s creators, Duncan Sheik and Steven Sater, kept the story in 19th-century Germany but infused it with raw, pounding rock ’n’ roll, which seems the perfect vehicle to express teen turmoil.

“It feels very immediate to me,” says Hank Stratton, director of the Arizona Repertory Theatre production. “To me, it feels perfectly timed with what’s happening culturally — what’s happening to young people and women. The play was scandalous at the time it was written and it still seems controversial, which tells me it’s still relevant.”

And while society might not be as oppressed as it once was, Stratton knows young people can still struggle.

“Teens are isolated and alone as their bodies change,” he says. “Adults tell the kids what they are feeling doesn’t matter. I want them to know they are heard and we’ve all gone through this.”

Stratton does expect some audience members to be uncomfortable, but that isn’t a bad thing.

“These themes are as confrontational and human as they were when this story was written,” he says. “These are important conversations to have with our young and ourselves. We have a responsibility to give our youth information, and to allow them to make mistakes. The fear of making mistakes can make them reckless.”

Zach Zupke, a University of Arizona senior studying theater, has found he can relate to his character Mortiz, who feels hopeless as he is plagued with sex dreams that confuse him, struggles with schoolwork and oppressive teachers, and is depressed about parents who offer little love and support.

“I connect because I have felt hopeless,” he says while taking a break from rehearsal. “I know what it’s like to feel like I don’t know what else I can do.”

The play’s straightforward message appeals to both Zupke and fellow UA senior, Rachel Franke, who plays Wendla, a young teen who is completely ignorant about sex and the world, and has a mother who will not tell her about either.

“I think what’s so interesting about this play and why I love it is it’s kind of an unchanging message throughout history: the rebellious youth versus the older generation,” she says. “What’s so cool about this play is it is so blatant. It’s not metaphoric. It’s poignant and it makes a statement and they do it so in your face. It’s not apologetic about what it’s trying to tell you. You can’t mistake what it’s telling you.”

The truth of the play appeals to Zupke.

As a child, Daniels learned to love theater watching plays and taking classes at ATC.

Two concerts with two varied programs is twice the reason not to miss this.

'Fiddler on the Roof' dances into Tucson's Centennial Hall

“Fiddler” is packed with gorgeous music that lives in the memory long after the curtain has fallen.

Organizers hope to make the sculpture festival a signature, destination cultural event that will attract visitors from around the country, boost the local economy, and give artists an avenue to sell their work.

Tragic 'Blood Wedding' is rich in symbols and poetry

As if the title wasn’t enough of a clue, the first scene makes it clear:

Hurston was considered the most important African-American woman writer in the first half of the last century.

A slew of shows are opening on Tucson stages; a few closing

Arizona Opera and Arizona Theatre Company will merge their office spaces in both Tucson and Phoenix.

The film set highlights the barriers of interaction between binational and bicultural families.

Written 130 years ago, “Spring Awakening” still packs a punch. Above, Michael Schulz and Rachel Franke are figuring things out.