Sandwiched between a Trader Joe’s and an apartment complex near the Catalina Foothills, the University of Arizona’s Campus Agricultural Center is a living piece of Tucson’s past.

“This is a real oasis. It’s a selfish, personal bit of open space,” said Bonnie Poulos, a retired agricultural researcher at the UA who lives down the road from the 160-acre research station on North Campbell Avenue.

Along with many of her neighbors, Poulos refers to the land simply as “the farm,” and wants to see it preserved for continued agricultural use far into the future.

The farm, which is dotted with several early 20th-century Mission Revival style buildings and silos in addition to more recent structures, isn’t in any immediate jeopardy of being sold or repurposed.

Nonetheless, the Tucson City Council will soon consider whether to designate it as a historic landmark. If the council approves the designation later this year, the farm’s historic value would become part of the city’s public rezoning conversations in the event the UA ever sold the land to private developers.

Although historic landmark status wouldn’t be able to prevent any new owners from turning the farm into another apartment complex or strip mall, Poulos said it would put up a "political barrier."

“It is an indication to the elected officials who make the final decision that this is an important asset to the community and we recognized it as such,” she said. “Without that historic landmark designation they can say ‘no one ever thought this was important enough to make any plans for.’”

Agricultural activity has been a part of the Tucson area's history for 4,000 years, as the floodplains flourished from river silt.

With the backing of the federal Morrill Land-Grant Acts, the UA joined the storyline and established an agricultural college in 1885. Further federal funding from the the Hatch Act of 1887 and the Smith-Lever Act of 1914 supported the college in its devotion to teaching, research and extension. In 1909, the UA purchased land from farmer Jesus Garcia and opened the campus farm in an effort to fulfill part of its mission as a land-grant institution.

The UA is one of three active land-grant institutions of higher learning in Arizona, and the campus farm’s acres of green grass and scores of shady trees are reminders of that.

But “it’s not a park,” Poulos said. Rather, it’s a place for scientists to answer questions like “How are we going to feed people in a desert environment in the future?”

Since the 1980s, Poulos has seen some important research come out of the farm, including revelations on how to grow a vineyard and other crops in an arid climate. In that time, she’s also seen community members worry that the university would sell the land to developers.

In the 1980s, amid rumors the UA might sell it alongside some other agricultural properties, Poulos founded the Campus Farm Neighborhood Association, and the farm was not ultimately sold. In the 1990s, the university did an analysis on a hypothetical sale of the farm, but nothing ever materialized.

The fate of the farm again made headlines in May 2020, after a university town hall held amid pandemic-related financial fallout.

“Do we start selling land, start selling buildings, start selling our art collection? I think all of these things are under consideration,” UA President Robert C. Robbins said before noting the need for community input first, according to previous Arizona Daily Star reporting. “I’m told by all of the commercial real estate developers, the most valuable land in all of Tucson is the Campbell farms area. Would we sell that and would we have a long-term lease?”

Those comments set off alarm bells and advocates called on the UA to preserve the farm for its current use.

But, in an email sent to the Star on Thursday afternoon, UA spokeswoman Pam Scott said the university is “not currently planning to sell it and we never had plans to sell it.”

The agricultural center, she said, is also important for the newly accredited College of Veterinary Medicine’s accreditation because “it provides a location for instruction with live large animals including horses, cattle and sheep.”

Tucson City Councilwoman Karin Uhlich, who represents Ward 3 that encompasses the campus farm, said it’s an asset for residents to be “able to drive into the city, past horses and livestock,” and acknowledged the community's interest in preserving the location’s history.

Last month, the Tucson-Pima County Historical Commission Plans Review Subcommittee unanimously approved designating the campus farm as a historic landmark. Now, the application will head to the City Council for initiation and discussion at its meeting in August.

From there, Uhlich said, the review process could take a minimum of 60-90 days, and would include a neighborhood meeting, a report from the zoning examiner, and a public meeting with the zoning examiner that would allow the UA to provide input.

After that, the council will make its final vote.

While Uhlich said the historic designation is important for the “long-term protection of the site,” she’s “not sure yet,” how she’ll vote when the time comes.

“I want to pay close attention to the zoning examiner’s report and the input that’s received from the community at the university during that process.”

For Ken Scoville, a Tucson historian and member of the local historical commission who helped write the historic landmark application along with cultural landscape research specialist Helen Erickson, the historic value of the campus farm is best explained through the concept of “gestalt” — the idea that the sum is greater than its parts.

“We’re not just looking at buildings or trees, but we’re looking at the story of this farm, and the importance of the UA, and its focus on teaching, research and community extension,” he said, noting how the unobstructed view of the Catalinas today is roughly the same as it would have been in the 1910s, when most of the area was still farmland. “I don’t think we have a historic landscape with more integrity.”

The farm serves a much more active purpose, too.

Scoville, who’s thrilled about the innovative research happening in a climate-controlled greenhouse designed to mimic the atmosphere on Mars on the campus farm, said all he wants is for its operation to continue as is.

“Why would you ever not want that?” he said. “It’s bringing us into the 21st century.”

Kathryn Palmer covers higher education for the Arizona Daily Star. Contact her via e-mail at kpalmer@tucson.com or phone at 520-341-7901.

Tucson Historian: University of Arizona 'farm' is a community asset

OPINION: "After 35 years of advocating for historic preservation in Tucson, the loss of this land for possibly more flakeboard apartments is unimaginable to me," writes local historian Ken Scoville.

The groups seeks to create enough fuss to have the University of Arizona pause on any ideas of selling some of the valuable farm land in its possession since 1909.

Author, outspoken feminist activist was affiliated with University of Arizona’s women’s studies department for many years.

The Tucson City Clerk’s office announced Thursday it had certified the initiative petition for the Tucson Minimum Wage Act.

Between the five Democratic candidates who campaigned for either Ward 3 or 6, there's a wide range in how much money each one raised.

Voters in Tucson Wards 3, 5 and 6 can vote on Tuesday in City Council races

Tuesday, Aug. 3, is election day with contested Democratic primaries in Wards 3 and 6 for the Tucson City Council.

The University of Arizona said it's concerned that if the city designates the Campus Agricultural Center as a historic landmark, the status could limit public-private research and educational partnerships on the property. 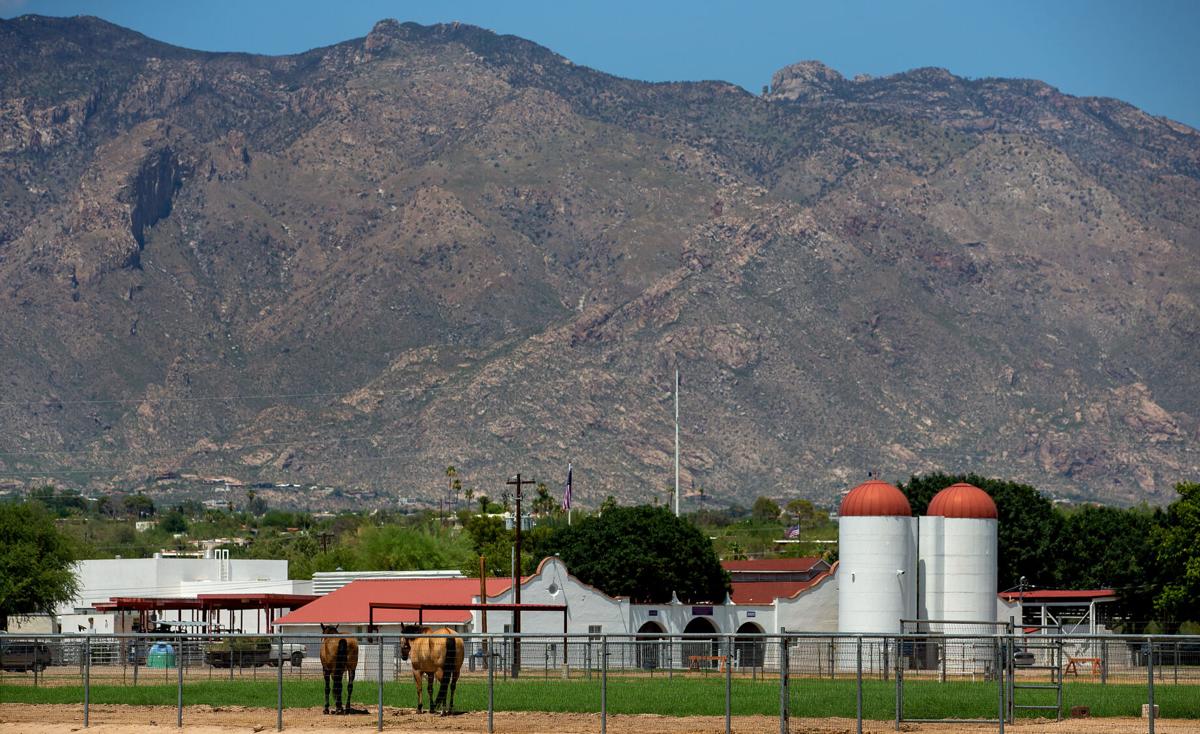 Horses graze in the field at The University of Arizona Campus Agricultural Center, originally purchased in 1909 for teaching, research and extension of the College of Agriculture. 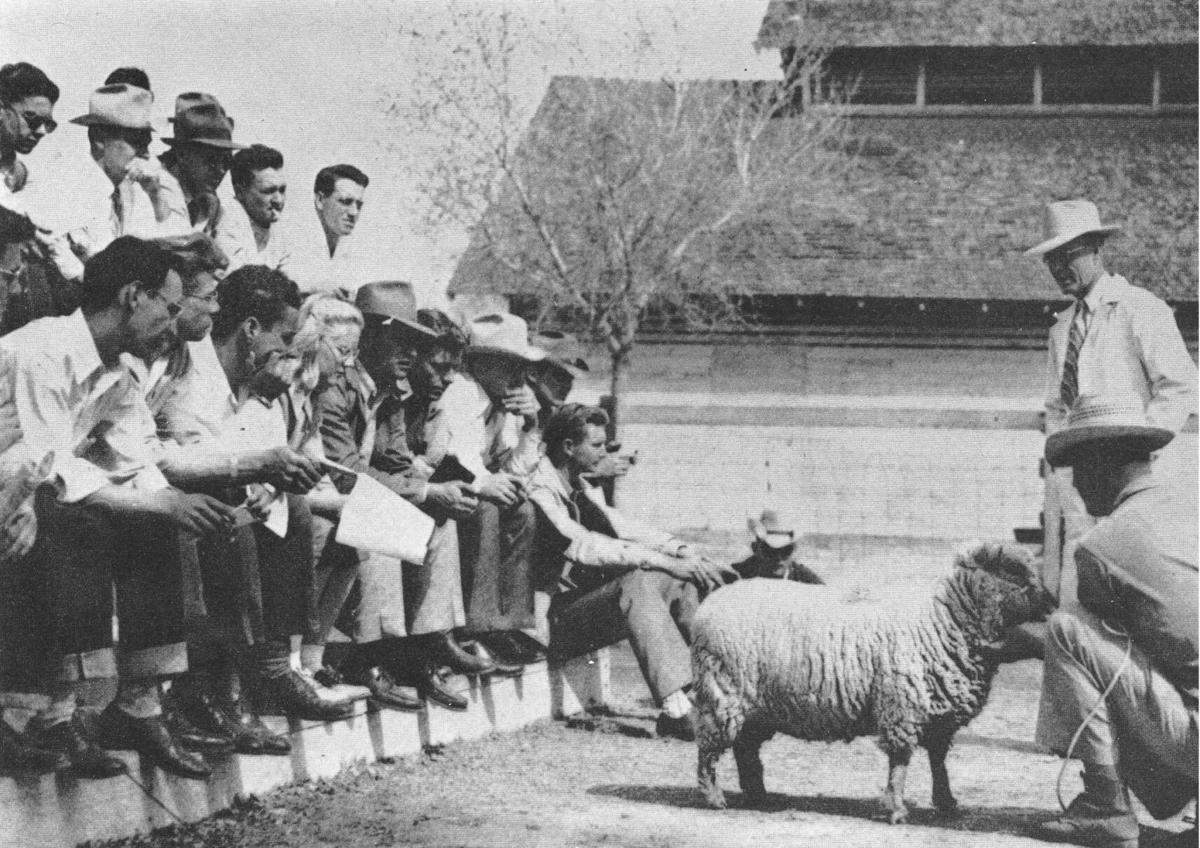 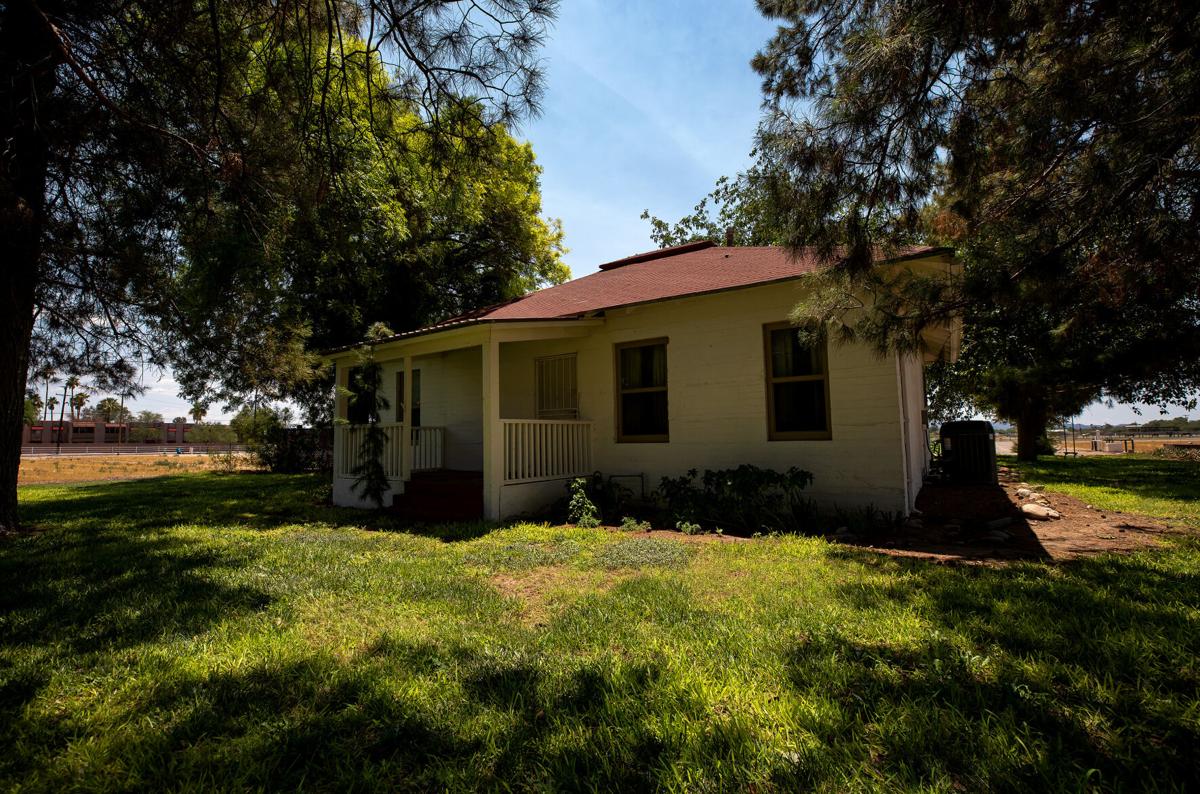 An old home from the early 1900s sits on the corner of the University of Arizona’s Campus Agricultural Center in Tucson. 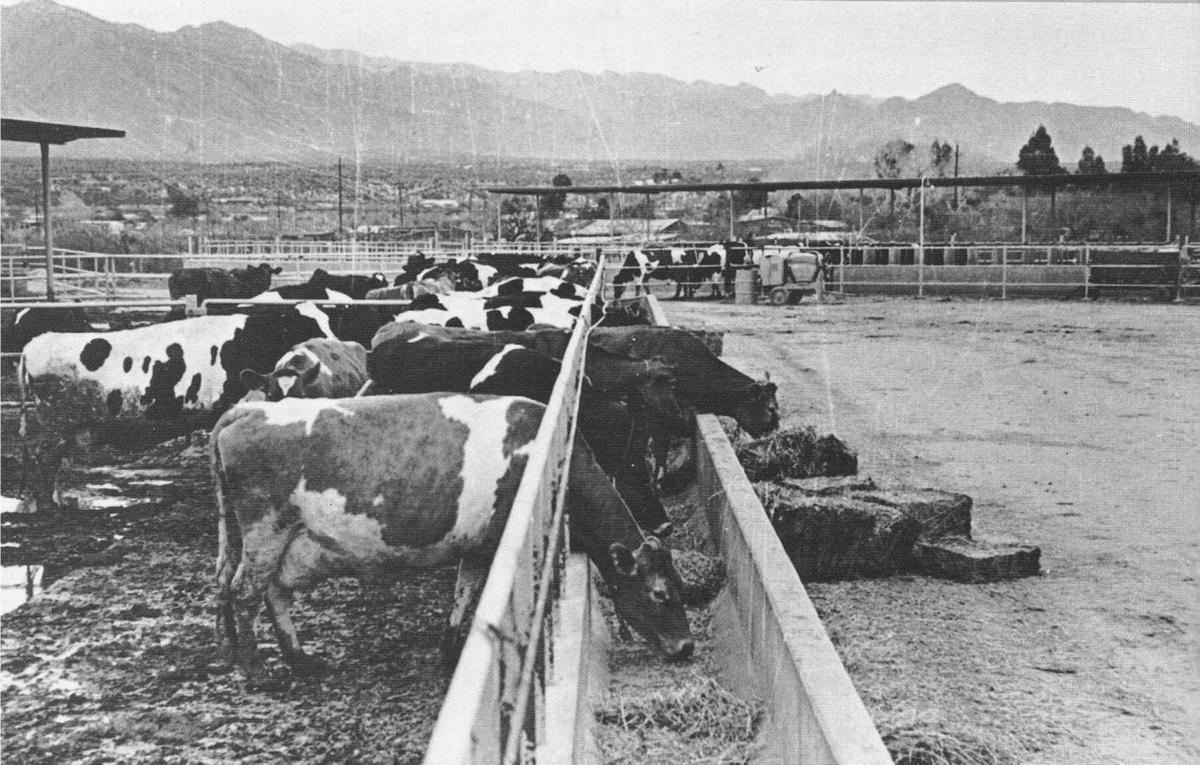 Cows feeding at the Dairy Science Facility on the Campbell Avenue Farm in 1967.

Horses graze grass in front of buildings built during the early 1900s, foreground, and the William J. Parker Agricultural Research Center, built in 2006, at the University of Arizona Campus Agricultural Center. 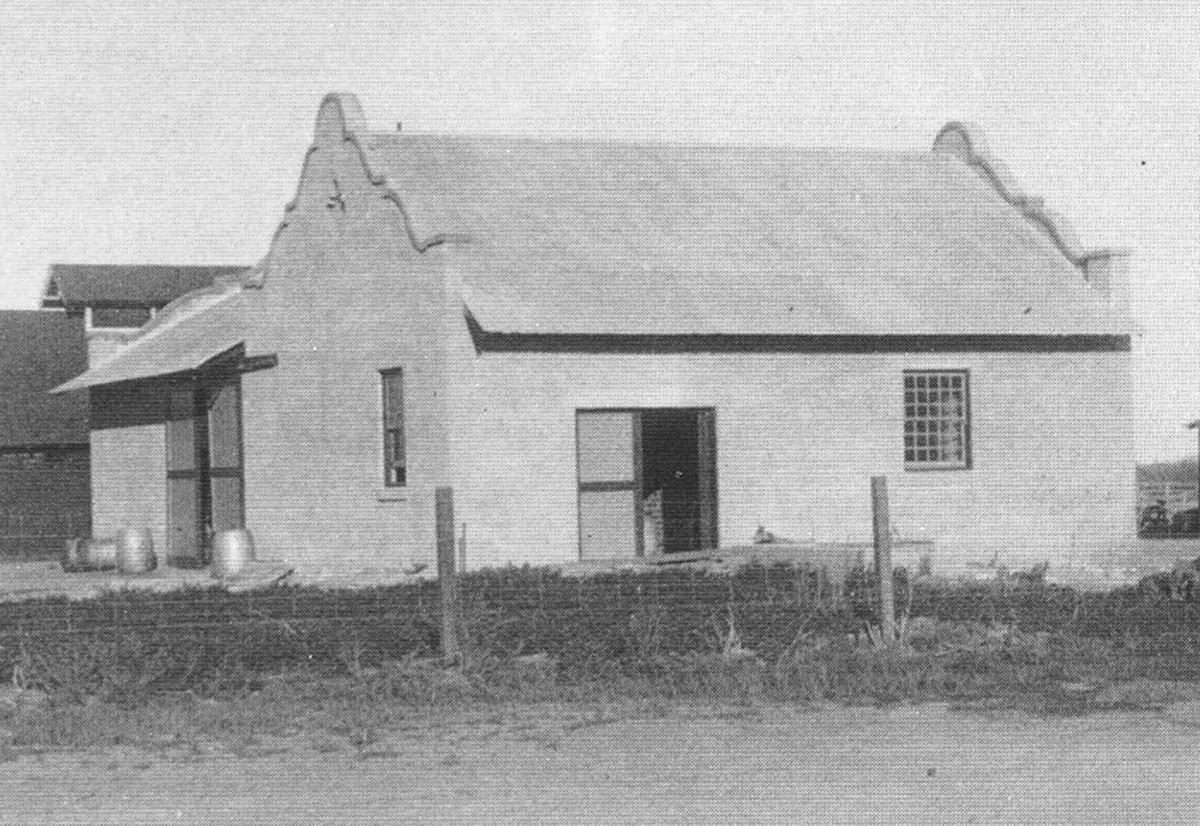 University of Arizona Campus Farm in 1914.