Moral Re-Armament, "Sing Out" and Up With People
Share this
1 of 2 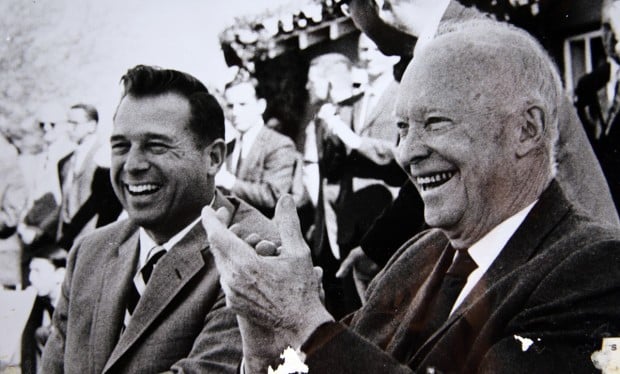 J. Blanton Belk, founder of the Up with People, left, and Dwight Eisenhower at Eisenhower's winter home in Indio, C.A. in 1966. 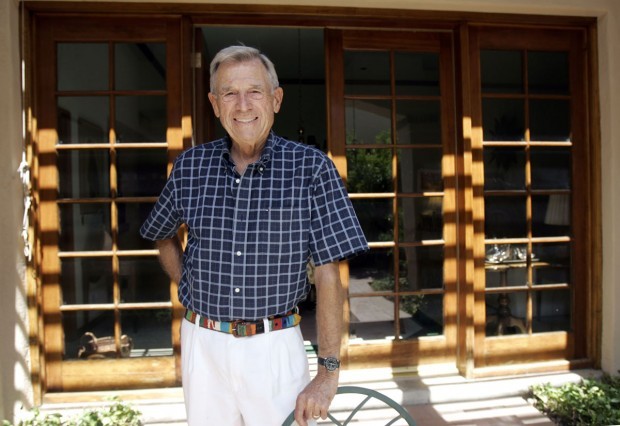 J. Blanton Belk, founder of Up with People, at his home Thursday, September 11, 2008. Photo by Jill Torrance/Arizona Daily Star

The cultural and educational group Up With People can trace its roots to a song with the same name and a worldwide reform movement called Moral Re-Armament or MRA. The founder of MRA was a Tucson winter visitor named Dr. Frank Buchman.

Buchman was a Pennsylvania pastor who believed that God could rule the world through direct communication with men. That concept and the four absolutes of honesty, purity, unselfishness and love, formed the basis of MRA which had no creed or church affiliation. It was founded in the 1938 and was an outgrowth of earlier Buchman organizations called A First Century Christian Fellowship and the Oxford Group.

In 1958, Buchman purchased Eleven Arches, a Catalina Foothills home once owned by Louise Grace. At that time, Tucson became the winter headquarters of MRA. Buchman and his organization had a cadre of well-known and influential followers and his Tucson estate saw many of them come to visit.

Included in the roster of visitors were Rajmohan Gandhi, grandson of Mahatma Gandhi; the Prime Minister of Burma; a senator and head of the Diet in Japan and the niece of the President of Viet Nam. The Shah of Iran, Reza Pahlavi, named Buchman a commander of the Order of the Crown of Iran.

Buchman died in 1961, at the age of 83. The work of MRA continued and it had a new leader, J. Blanton Belk. He called for using the nation’s youth to shape new values. “America is in the crisis of its life,” Belk told local Optimists in 1968. “It can only be overcome in the conscience of each American.” Belk created “Sing Out” groups around the world. One of the songs the youth sang was “Up With People.”

Belk retired from MRA and he incorporated Up With People as a not for profit corporation in 1968. It moved its headquarters to Tucson in 1970. At that time, Belk declared there was no connection between Up With People and the MRA organization.

The fortunes of the two groups were headed in opposite directions. In the states, the Moral Re-Armament movement was foundering. Eleven Arches was for sale and the group’s headquarters building was sold. Up With People thrived and maintained its headquarters here until 1993, when it relocated to Denver.

More Tales from the Morgue

Some “Tales from the Morgue” series are now available as eBooks along with some other Arizona Daily Star special sections.

The story of Eva Dugan is available as an ebook for Nook and Kindle and free for subscribers who have activate their account.

J. Blanton Belk, founder of the Up with People, left, and Dwight Eisenhower at Eisenhower's winter home in Indio, C.A. in 1966.

J. Blanton Belk, founder of Up with People, at his home Thursday, September 11, 2008. Photo by Jill Torrance/Arizona Daily Star