PHOENIX — Women who want an abortion would have to tell state health officials exactly why under the terms of legislation approved Wednesday by a Senate panel.

Existing law requires only that a provider ask an open-ended question of why a woman wants an abortion, whether it is elective or for reasons of maternal or fetal health.

On a party-line vote, the Health and Human Services Committee approved Senate Bill 1394, under which health-care providers would have to instead run through a checklist of possible reasons with the patient, ranging from economic reasons and relationship issues to the woman not wanting children at this time.

The bill would also add a series of new requirements on abortion providers and other medical personnel who already are required to inform women about the nature of the procedure. These include numbers of women served as well as data on the specialty of the physician performing the procedure, the type of facility where the abortion was performed and whether anesthesia was administered to the mother or fetus.

Doctors also would be required to detail how many of their patients have asked to hear the fetus’ heartbeat, something they already have to offer to allow under current law.

Cathi Herrod, president of the anti-abortion Center for Arizona Policy, who helped write the legislation, said the measure is designed to help women by having the health department gather more information.

“It’s data that then all sides in the abortion issue would know how to better serve the needs of women,” she told lawmakers.

Herrod said that in Minnesota, which has a similar law, the top reason reported was that the woman did not want children at this time, followed by economic reasons.

“So when you get that kind of data, for example, those who are trying to meet the needs of women would know that, if it’s economic reasons, is there a way of helping that woman economically so that she could carry a child to term,” she said. “If it’s because the woman does not want children at this time, then maybe there’s a way to provide more services about adoption.”

Herrod acknowledged that no reason cited by an individual woman could be used to specifically get her these services. The law requires that the information be reported to the state without identifying information on a patient.

But she argued that the data might enable the state or a private organization to decide what new or expanded services to make available.

Foes of the legislation disputed the claim that the additional requirements were designed to help women.

“I don’t really buy the arguments that this is about furthering women’s health care and caring about women,” said Sen. Katie Hobbs, D-Phoenix. “It’s about shaming them and shaming the health-care providers who care for them.”

Hobbs said if proponents were interested in helping women — and preventing abortions — they would do more to ensure there are adequate family planning services to prevent unwanted pregnancy. Instead, she said, the reverse appears to be true.

“The very organizations that do that (birth control) work are vilified by bills like this and other bills that work to restrict women’s access to health care,” Hobbs said, a reference to the perennial criticism of Planned Parenthood by abortion foes.

She also said that no one testifying in support of the additional requirements was a health-care professional.

Sen. David Bradley, D-Tucson, was more blunt: “The reasoning behind this is evident to a fifth-grader,” he said. “It’s an attempt to shame people into changing their mind and to put such a burden on the providers that the providers will be reluctant to provide the services.”

He said it would be far preferable to make preventing unplanned pregnancies the goal of the state.

But Sen. Nancy Barto, R-Phoenix, who worked with Herrod to draft the bill, said she does not understand why any doctor or abortion provider would oppose the additional requirements.

“I think caring professionals that deal with women in a crisis pregnancy would do all they could to want to get to the bottom of what is this woman going through and why is she here and how can I help,” Barto said.

The 5-2 vote sends the measure to the full Senate.

PHOENIX — While public education is expected to be the top issue when lawmakers return on Monday, a few other subjects are likely to command s…

Bill requires physicians to employ "all available means" to save the life of a baby born alive during an abortion.

The legislation was sent to Gov. Doug Ducey Tuesday.

Arizona has identical law to the one court struck down.

Tucson weather: Rain to continue throughout the morning

We hoped you liked the rain Tucson, because more is on the way.

Thinking of driving up Mount Lemmon this morning? Proceed with caution.

Proposal would allow teens to run for Arizona Legislature, governorship

State voters might get a chance to lower the current minimum age for candidates from 25.

Arizona House: Women need to answer list of questions before getting an abortion

The House replaced questions in a Senate bill and now include  whether the abortion is elective, whether the pregnancy is the result of rape or incest and whether the woman is being “coerced into obtaining an abortion.”

A new law crafted in part by anti-abortion group requires doctors to ask women several questions, including whether the procedure is being sought because the pregnancy is due to rape or incest. 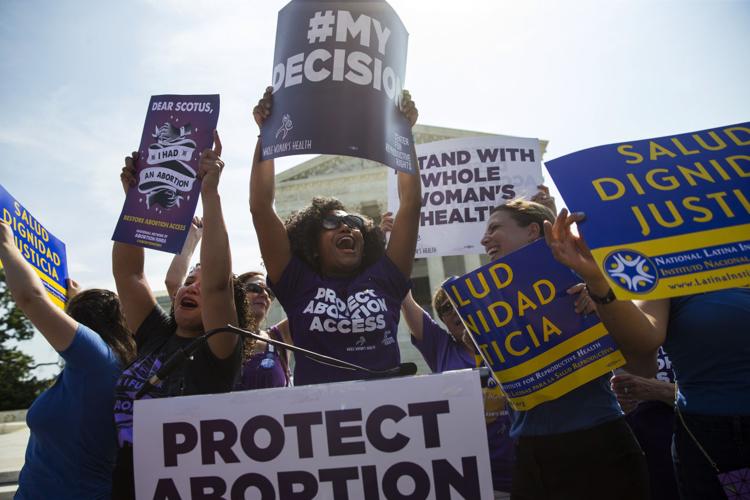 Pro-choice activists celebrate during a rally at the Supreme Court in Washington, Monday, June 27, 2016, after the court struck down Texas’ widely replicated regulation of abortion clinics. The justices voted 5-3 in favor of Texas clinics that had argued the regulations were a thinly veiled attempt to make it harder for women to get an abortion in the nation’s second-most populous state. 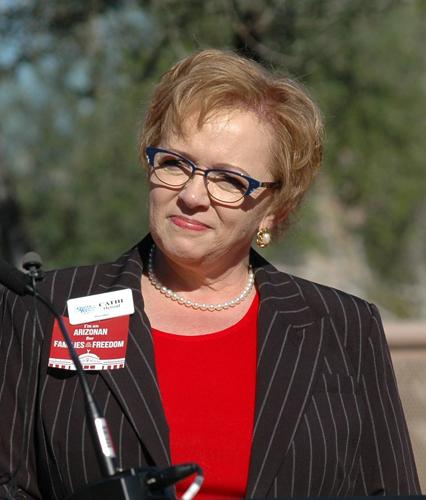