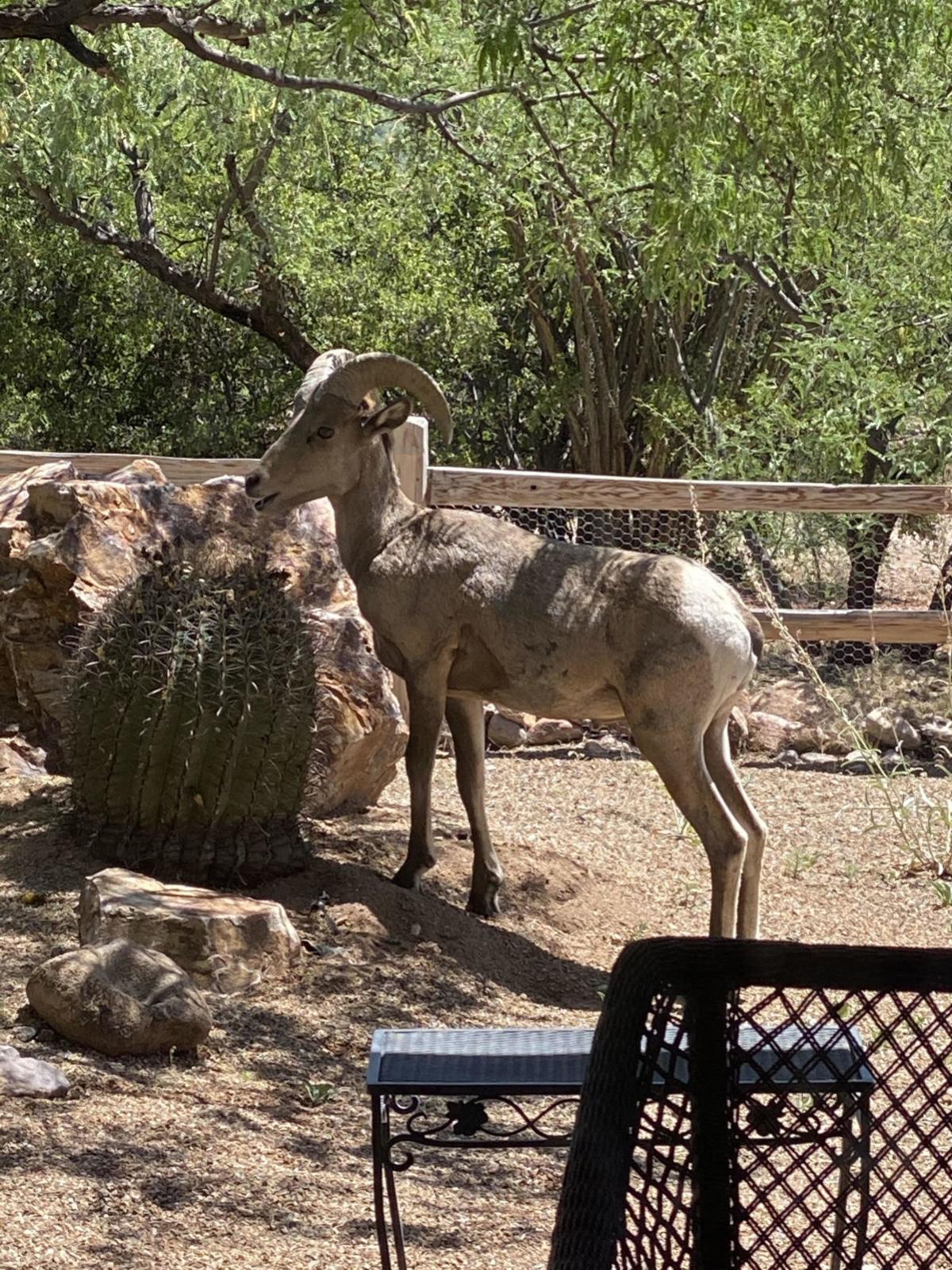 This is the ram thought to have moved from the Silver Bell Mountains south through the Tucson Mountains to Tubac. From there, he turned northeast toward Vail and Colossal Cave. 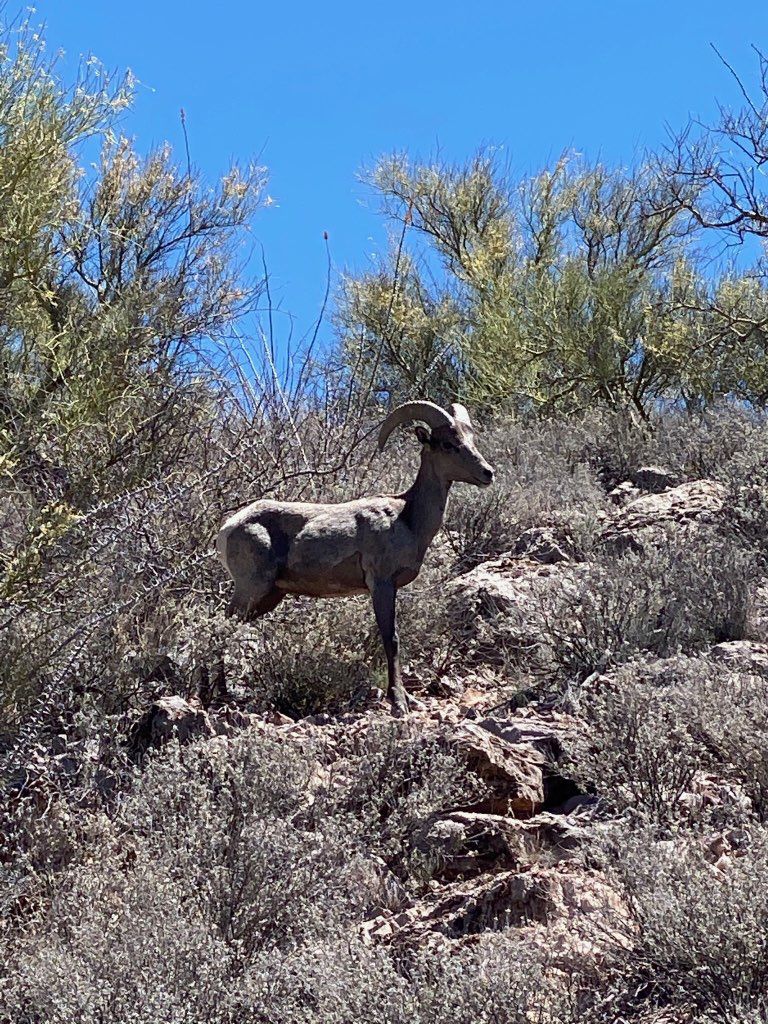 The latest photos of the ram place him at the edge of the Rincon Mountains near Colossal Cave Road. 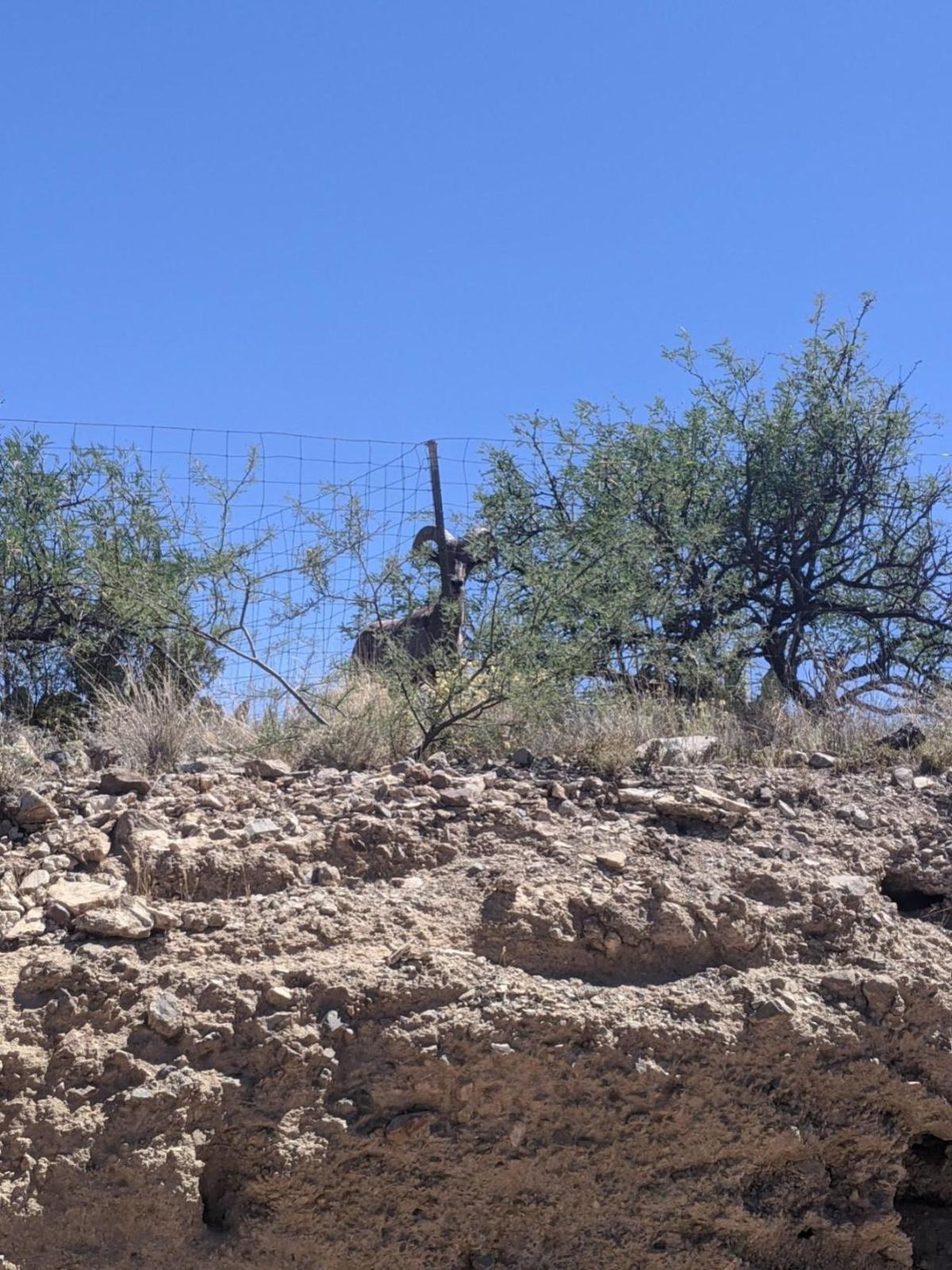 State game officials in Tucson are using social media instead of a tracking collar to follow the movements of a young bighorn sheep that has wandered more than 100 miles around the periphery of the community over the past month or so.

The roughly 2-year-old ram is thought to have started in the Silver Bell Range, northwest of Tucson, and marched south through the Tucson Mountains to Tubac. From there, he turned northeast toward Vail and Colossal Cave.

Along the way, the animal has been photographed at various locations by residents who reported his whereabouts to the Arizona Game and Fish Department through the agency’s Facebook page.

“This little guy is on a walkabout,” said Rana Tucker, the state’s regional game specialist for all of southeastern Arizona.

The ram made his internet debut on May 13, when Game and Fish posted a photo someone took of him at the western edge of Tubac. Game officials said it was the first known case of a bighorn sheep from the Silver Bell Mountains venturing south of Ajo Way, so they asked residents in the Tubac area to help them keep tabs on the animal.

Nine days later, Tucker said, someone in Corona de Tucson sent in a photo of a young ram in that community southwest of Vail.

Then on May 28, Game and Fish posted more ram photos on Facebook, this time taken at the edge of the Rincon Mountains near Colossal Cave Road and Old Spanish Trail.

Based on its body condition and the length and shape of its horns, Tucker is convinced it is the same ram in all the photos.

“We’re going to have to come up with a name for him at some point,” she joked. “The Ramblin’ Ram seems like a pretty good name for him so far.”

His journey so far has taken him across both Interstate 19 and I-10. Tucker said she wouldn’t be surprised if he eventually shows up in the Catalinas, where bighorn sheep were reintroduced by the state in 2013 and now number between 60 and 80 animals.

“If he ends up joining the herd there, that’s great,” she said. “Genetic mixing is definitely a good thing.”

Bighorn sheep are known to cross to neighboring mountain ranges and beyond. Tucker said even long, circuitous trips like this one might not be that unusual. “I suspect it happens more than we know,” she said. “They definitely do move around.”

Young males are especially prone to wander, usually before the rut begins. They’re too old to be cared for by their parents but too small to compete for a mate, so the youngsters “at the bottom of the totem pole” will often set out on their own, Tucker said.

“The joke I make to myself is, ‘Have horns, will travel,” she said.

Tucker is hoping Facebook users will continue to send in their sightings of the Ramblin’ Ram.

With continued help from Facebook users, Tucker and company hope to keep tracking the Ramblin’ Ram to his final destination, wherever that might be.

“He’s just on the lam,” she said with a laugh. “There’s so many puns you can do with bighorn sheep.”

Get on the horn

If you see a bighorn sheep matching the description of the Ramblin' Ram, you can contact the Tucson office of the Arizona Game and Fish Department through its Facebook page (search for @AZGFDTucson) or call the agency at 520-628-5376.

Lightning-sparked blaze in the Catalina Mountains has grown to about 3,277 acres as fire crews attempt to box it in before it moves deeper into Pima Canyon.

Old batteries to blame for burning issue at Tucson landfills

It’s an already stinky problem that gets even worse during the hot summer in Tucson: landfills and garbage trucks bursting into flames because of improperly discarded batteries. This year, it seems worse, maybe due to issues caused by the coronavirus pandemic.

Since the Bighorn Fire started one month ago, the Tucson Wildlife Center has only treated one animal injured by the blaze. But the center's director worries, saying the hard truth is that wildfires kill wildlife.

This is the ram thought to have moved from the Silver Bell Mountains south through the Tucson Mountains to Tubac. From there, he turned northeast toward Vail and Colossal Cave.

The latest photos of the ram place him at the edge of the Rincon Mountains near Colossal Cave Road.