No beaver dams have been recorded within the San Pedro Riparian National Conservation Area for the past three years, and only a few individual animals have been spotted along the river 85 miles southeast of Tucson.

Experts fear the remaining population is now too small to sustain itself.

The sudden decline remains a mystery to the two agencies responsible for reintroducing beavers to the river.

Officials from the Bureau of Land Management and the Arizona Game and Fish Department said they simply don’t know why the animals are disappearing or how many of them might be left, because they long ago stopped monitoring the population.

“There are beaver down there. We don’t know how many, but there has been a decline,” said Scott Feldhausen, local district manager for the BLM.

The bad beaver news comes as state and federal wildlife officials are studying whether to introduce beavers into another Southern Arizona watershed, Las Cienegas National Conservation Area near Sonoita.

An early version of the plan reportedly called for as many as nine beavers to be turned loose along Cienega Creek, within the 45,000-acre conservation area.

An environmental assessment of the proposed release was on track for completion late this year or early next, but Feldhausen said he is considering shelving the project as a result of questions raised by the Arizona Daily Star about the status of the San Pedro population.

He said his agency has not followed through the way he thinks it should have when it comes to monitoring beavers on the San Pedro, and he doesn’t want to see that happen again.

“If we are going to do these efforts in the future, we are just going to have to make sure the time and effort are worth it,” Feldhausen said. “It’s incumbent on us to find out if it was successful or not, and if not, why not.”

Beavers haven’t gotten this much national attention since they were still being made into top hats in the 19th century.

A growing number of ecologists and environmentalists now celebrate the animal for its role as a keystone species and a restoration specialist for damaged landscapes. Simply by doing what comes naturally to them, these furry engineers improve the overall health of watersheds and create new habitat for a host of other species, beaver backers say.

The beaver’s contributions to nature were chronicled last year in Ben Goldfarb’s award-winning book, “Eager: The Surprising, Secret Life of Beavers and Why They Matter.”

Now the animals and their advocates are the subject of a documentary called “The Beaver Believers,” which premiered in Tucson late last month at a fundraiser for the Watershed Management Group.

About 250 people turned out for the Sept. 27 screening. The beaver-themed event raised roughly $15,000 for the conservation group’s riparian restoration work in and around Tucson.

Watershed Management Group Executive Director Lisa Shipek said she didn’t know anything about the plight of the beavers on the San Pedro until someone mentioned it during a panel discussion before the movie was shown.

“It was surprising for sure,” Shipek said. “There have been positive impacts from (the beaver’s) reintroduction … but I think we’re still learning. That’s why we need to keep tabs on how they’re doing in the watershed.”

Beavers were common across North America until the fur trade drove the animals to the brink of extinction. The last of the San Pedro’s native beavers were likely trapped into oblivion a little over a century ago.

Between 1999 and 2002, state and federal wildlife officials released about 15 of the animals back into the BLM-managed conservation area in hopes that their dams would slow the river’s flow, curb erosion, increase water storage and create new wetland habitat.

The goal was to use the animals to restore the natural ecosystem. It was never about “making more beavers,” Feldhausen said.

For the most part, the animals picked to repopulate the river were “problem beavers” that were captured elsewhere in Arizona, after they built dams and caused floods at water treatment plants and other places where such things are not welcome.

The San Pedro parolees got busy right away.

“They went absolutely beaver crazy,” said Anderson, director and founder of Gray Hawk Nature Center, northeast of Sierra Vista. “In the early 2000s, they were everywhere.”

Within a few years, there were new, rodent-built dams up and down the San Pedro, transforming what was at times a shallow creek near Anderson’s home into a mile-long pond deep enough for her to practice her kayaking skills.

Experts believe the population peaked somewhere around 150 animals, with dams numbering close to 100.

What happened next is a bit fuzzy, in part because those responsible for the release stopped paying attention.

Mark Hart, spokesman for the Arizona Game and Fish Department in Tucson, said the agency followed the beavers for the first five years or so, but it is not a species they generally track. Once the population seemed to be established, they turned their attention elsewhere, he said. “As far as we were concerned, the reintroduction had taken.”

So where have all the beavers gone since then?

It’s a question Feldhausen said the BLM hasn’t even tried to answer at this point.

Some speculate that drought and groundwater pumping have reduced the river’s flow, leaving the mostly aquatic creatures with little more than stagnant puddles of warm, dirty water during the summer months.

Others suspect the beavers are being wiped out by mountain lions or even poachers.

Ironically, perhaps, the BLM just approved a new resource management plan for the national conservation area that opens much of the San Pedro to beaver trapping under Arizona Game and Fish regulations, though Feldhausen said he doubts there are enough animals left to attract serious trappers.

He believes the beaver’s decline could have started as much as a decade ago, when heavy floods swept down the river, washing away their dams and carrying some of the animals downstream.

Other beavers might have ventured away from the conservation area in search of better habitat, perhaps upriver in Mexico or in neighboring watersheds, he said. “As good as we humans are at thinking we know what other species are going to do, they often do things we didn’t expect.”

Feldhausen said officials don’t really have enough information to know what to do next. Should they try to boost the remaining beaver population somehow, or simply let nature take its course?

“That’s a good question,” he said.

local beaver enthusiast plans a return to the river

Filmmaker and naturalist Mike Foster thinks what’s happening to the beavers could be part of a normal population cycle and that the numbers will rebound on their own.

“They’re pretty tenacious. I would be surprised if they’re gone completely,” he said.

Foster spent about a decade regularly hiking along the San Pedro River channel, usually with a video camera to film beavers and other wildlife. He also spent three years collecting beaver data as a volunteer for the BLM, before he moved on to other projects in 2012.

He said he was seeing a drop in the beaver population even then, so he was disappointed to find out how little monitoring was done after he left.

“What a waste, right?” he said. “It’s just a shame they went to all that trouble, and it just doesn’t seem like they’re following through. They’re sort of abandoning something that they started.”

Foster has decided to take matters into his own hands. He said he’s going to start walking the river again, and he’s taking his camera with him.

If there are beavers still out there, Foster aims to find them.

A short educational film featuring Mike Foster's footage of beavers on the San Pedro River is available online at https://vimeo.com/84733621

But scientists don't agree on whether an enormous mesquite bosque that died out along the Santa Cruz River 60 years ago will return on the same scale. 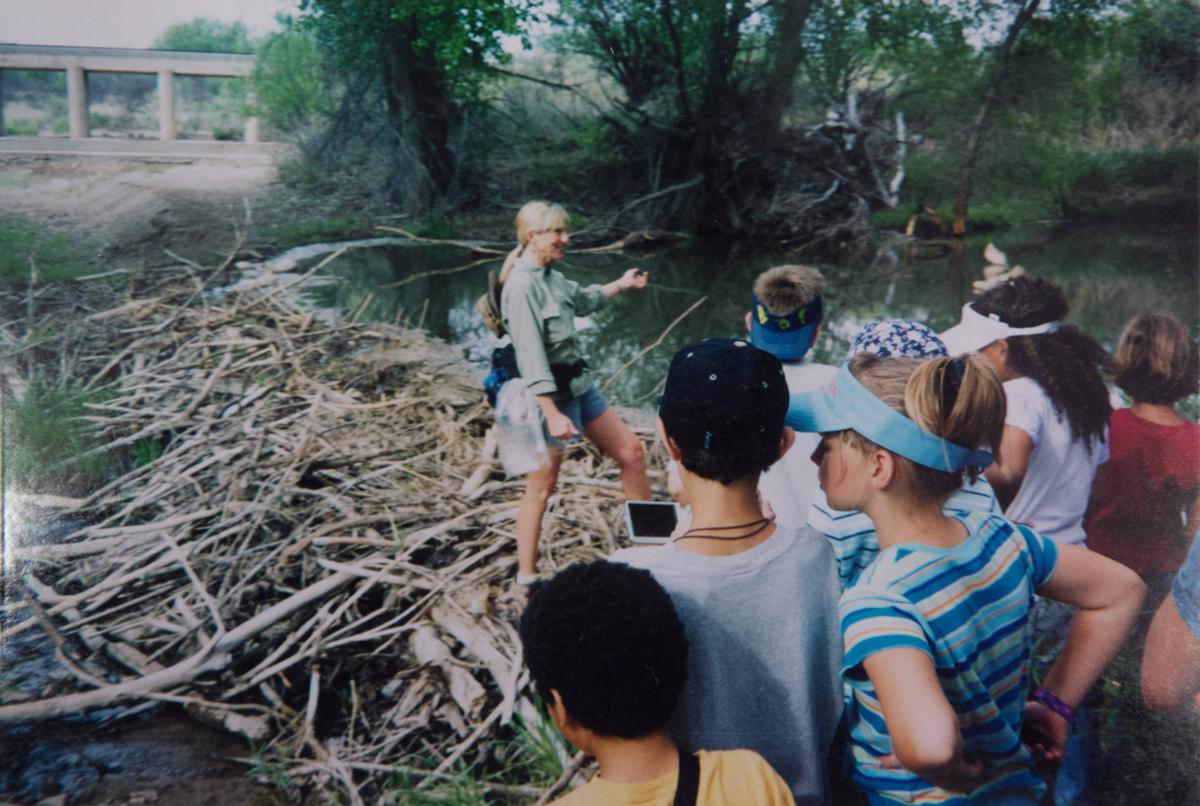 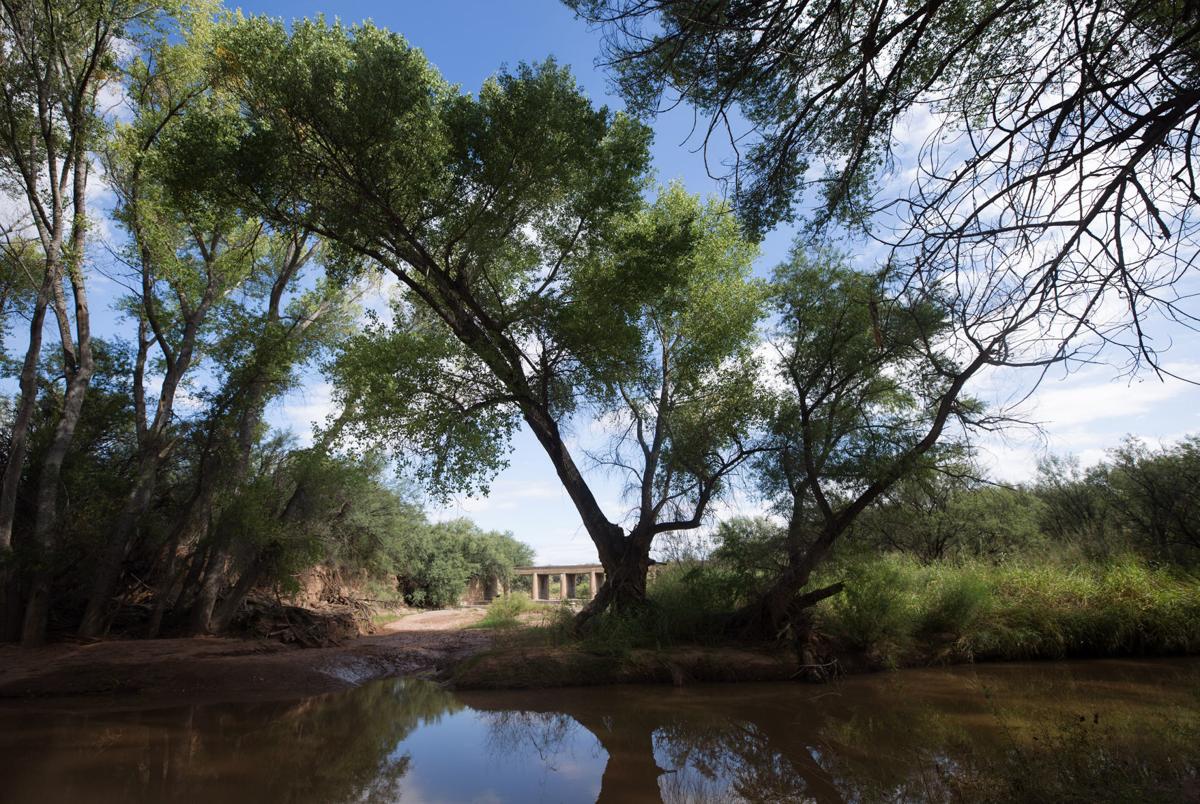 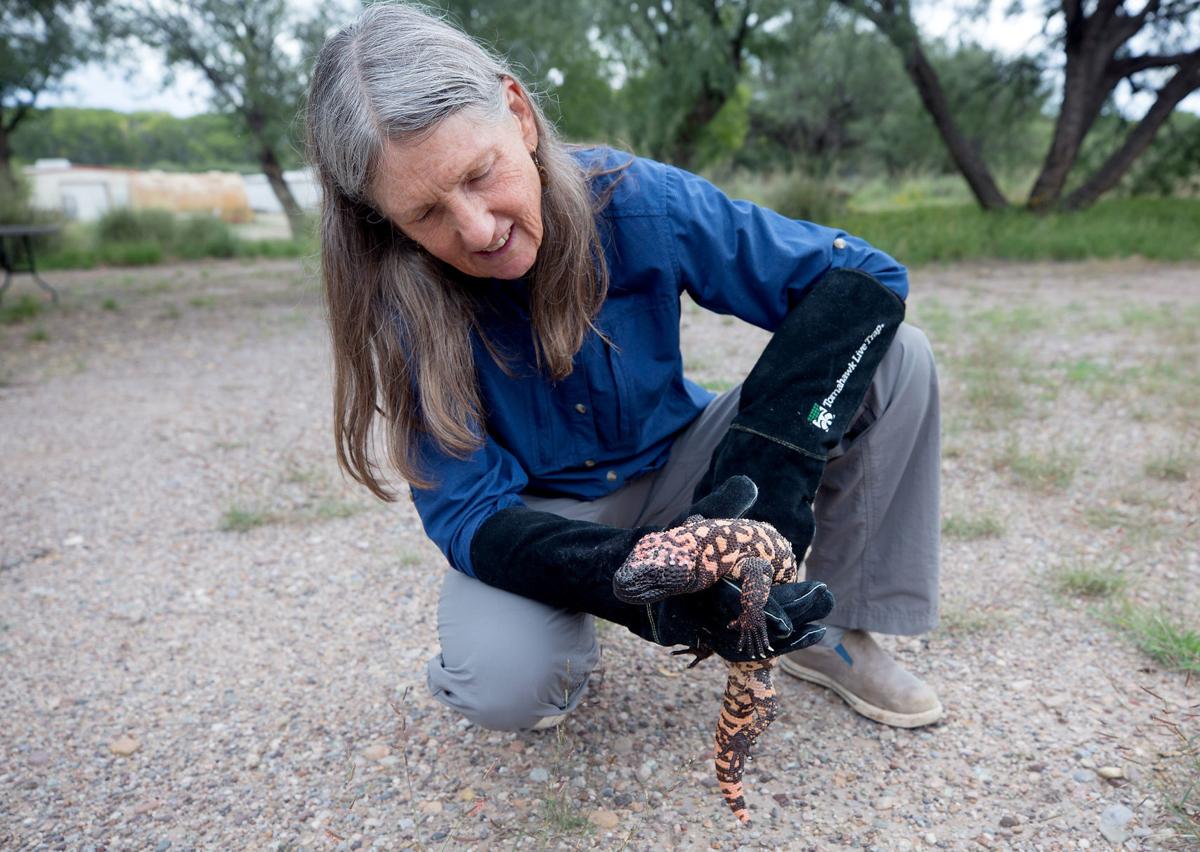