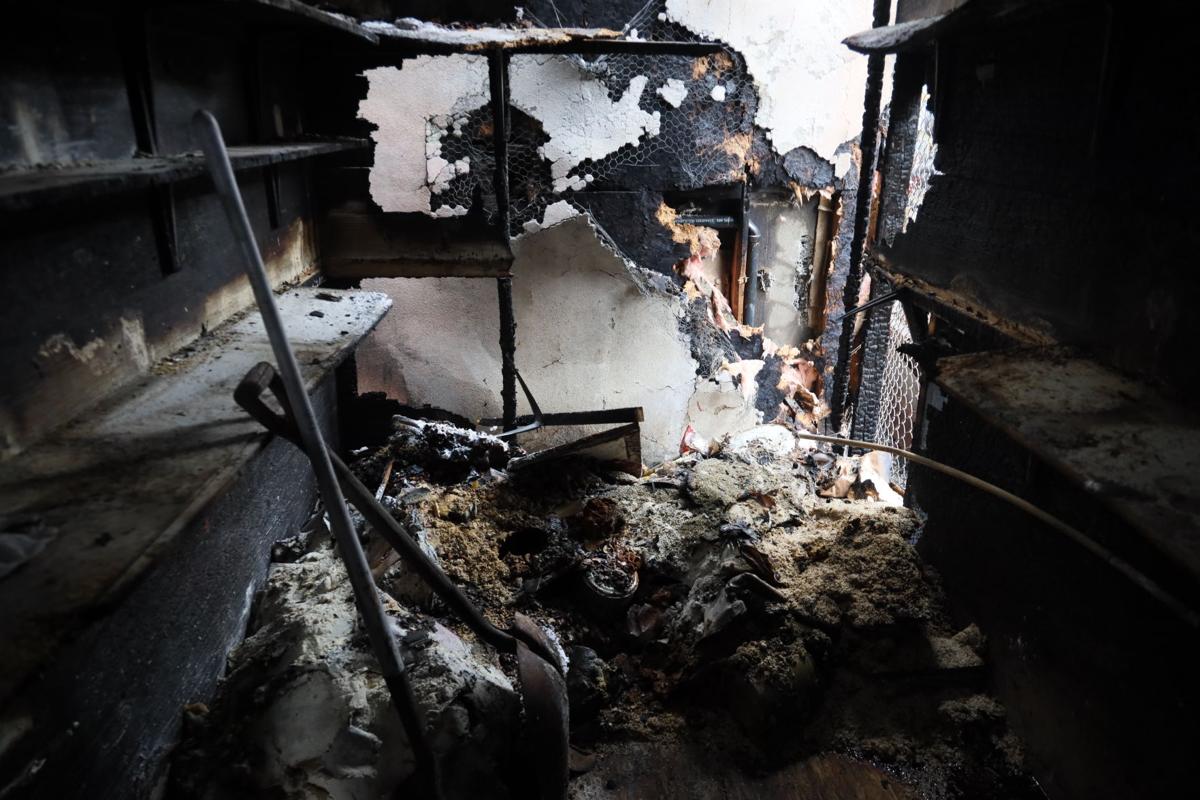 A shed where seeds, grains and spices were stored for Govinda's Natural Foods restaurant burned in a fire Tuesday evening. The restaurant is closed until repairs are made, the founder said. 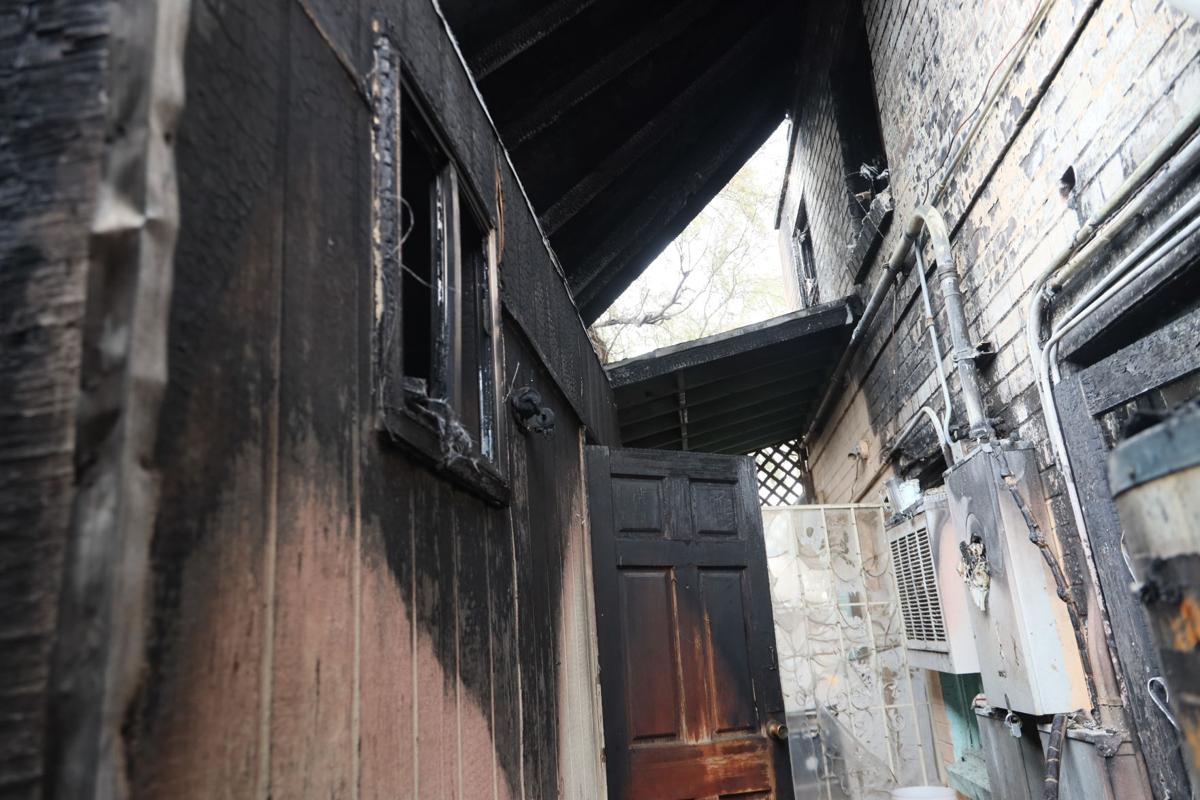 A fire burned two storage sheds, a second-story apartment and the electric and water pipes at Govinda's Natural Foods buffet Tuesday. The restaurant closed while repairs are made, the founder said.

The vegetarian restaurant and Hare Krishna temple on Tucson's north side had to close after a fire damaged the food storage building, a guest bathroom and a second-story apartment where a family of four lived, said Sharon Cooksey. The family was displaced, she said.

The Tucson Fire Department responded to reports of a shed fire near Govinda’s and one of its attached apartments around 7 p.m. Tuesday in the 700 block of East Blacklidge Drive, near North First Avenue and East Fort Lowell Road. There also was a car on fire behind Jack Furrier’s Tire and Auto Care next to Govinda’s, according to a Tucson Fire Department news release.

Firefighters extinguished the fire in 17 minutes, the news release said, preventing further spread into the property. Nobody was injured in the incident. The Pima Animal Care Center responded to the fire to check on animals that live in the property’s wildlife sanctuary, including koi and different species of birds.

Cooksey said the main area of the restaurant, shop and temple were not damaged, but the property’s electricity is still out, affecting refrigerated ingredients. All meditation classes have been cancelled.

“There’s quite a lot of things we have to do before we can open again,” Cooksey said. “Best case scenario with no problems, getting the permits pretty quick, is a month we’ll be closed at least. Maybe two.”

After the fire, patrons and community members helped clean some of the damage and have donated food and water for those who live on the property, Cooksey said.

“It was really, really heartwarming and because of their generosity and their care, it really just picked us all up,” Cooksey said. “We’re so grateful for that.”

Govinda's is accepting donations to help rebuild and reopen the restaurant and has posted a PayPal link on their Facebook page, along with a note thanking their community for their support.

The cause of the fire is still under investigation, according to the Tucson Fire Department.

A shed where seeds, grains and spices were stored for Govinda's Natural Foods restaurant burned in a fire Tuesday evening. The restaurant is closed until repairs are made, the founder said.

A fire burned two storage sheds, a second-story apartment and the electric and water pipes at Govinda's Natural Foods buffet Tuesday. The restaurant closed while repairs are made, the founder said.