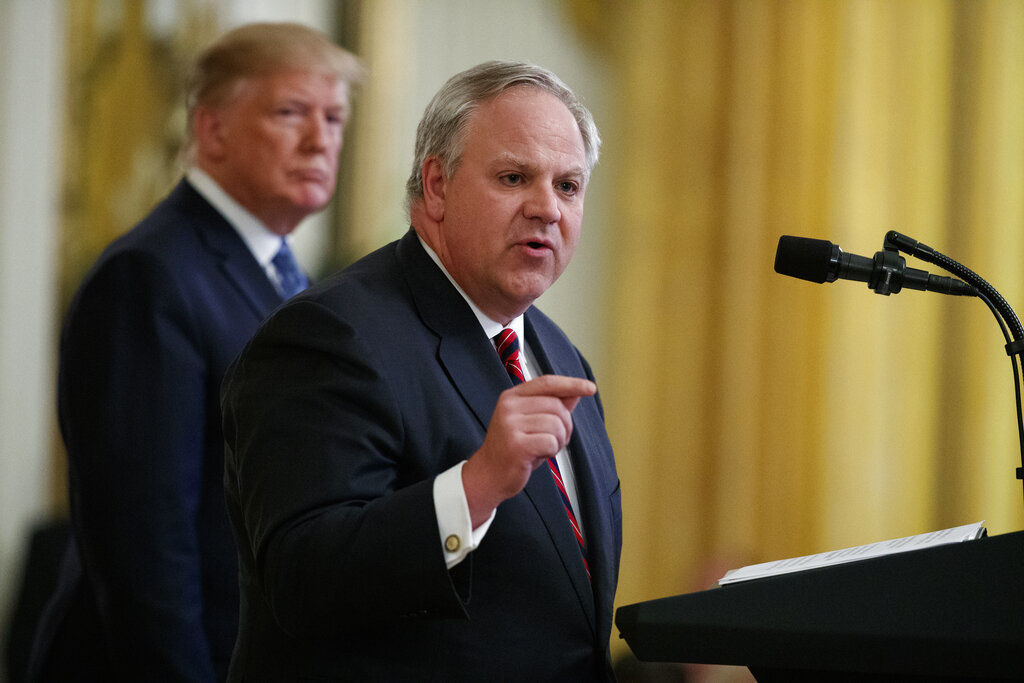 David Bernhardt was named Interior secretary in April. CNN reported Bernhardt had 11 “interactions” with the CEO of El Dorado Holdings, which wants to build the Villages at Vigneto. 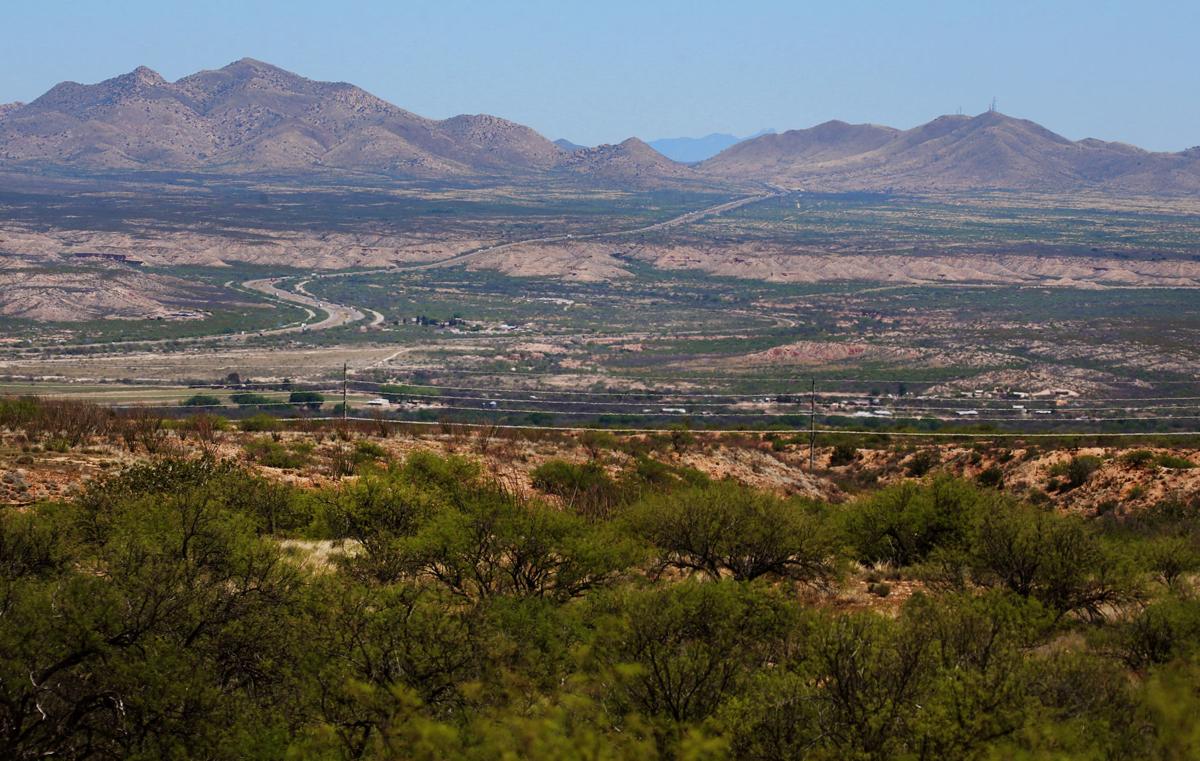 The view looking northeast toward Benson from general area planned for the Villages at Vigneto project, April 25, 2019, near Benson. 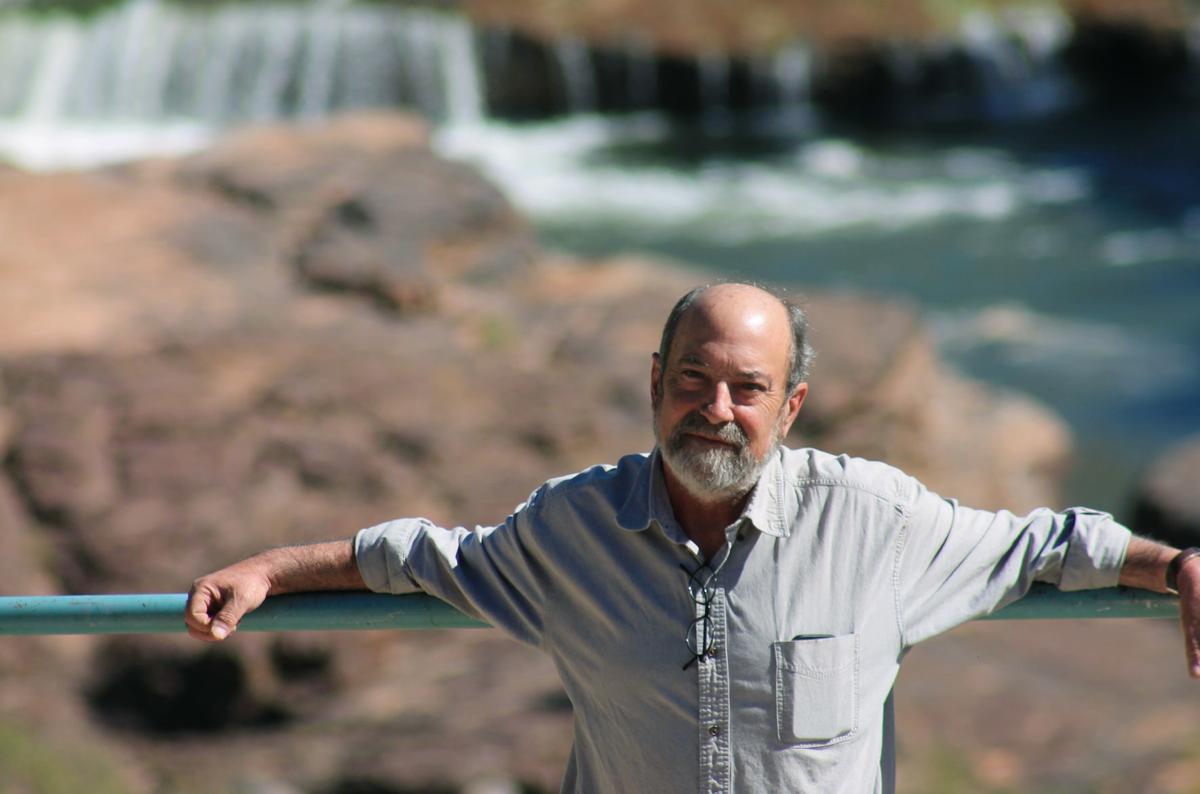 The deputy Interior secretary held a secret meeting with the developer of a big Benson subdivision two weeks before a federal underling says he was pressured to reverse his tough stance on the project, CNN reports.

The breakfast meeting was held in August 2017 between then-deputy secretary David Bernhardt, who is now Interior secretary, and Mike Ingram, CEO of Phoenix-based El Dorado Holdings, which proposes to build the 28,000-home Villages at Vigneto in Benson.

The meeting was the first of five between Bernhardt and Ingram during the Trump administration, CNN reported Monday.

The cable network said this was “a secret meeting, not on any public calendar.” It also reported Ingram had donated $50,900 to President Trump’s political committees since 2015.

The report came as U.S. Rep. Raúl Grijalva, chair of the House Natural Resources Committee, was requesting a host of documents from the Department of Interior and an Interior agency, the Bureau of Land Management, about their handling of the development.

Grijalva is investigating because of allegations first made to the Arizona Daily Star in March by whistleblower Steve Spangle.

Spangle said that in August 2017, when he was a Fish and Wildlife supervisor, Interior officials pressured him to reverse his stance that the development needed more study because its groundwater pumping could dry up the neighboring San Pedro River. Spangle said he complied and then retired.

An El Dorado spokesman confirmed the August 2017 meeting between Bernhardt and Ingram, saying it was held at a restaurant in Billings, Montana, although CNN said it was at Ingram’s hunting lodge in Billings.

Ingram was only asking that the Interior Department make its decision on Vigneto on the facts of the case, El Dorado attorney Lanny Davis said.

“There is not a single fact that supports the false premise that political lobbying or influence caused a change in environmental policy positions regarding the development of the Villages,” Davis said Tuesday.

He noted that the Fish and Wildlife Service’s Arizona office just this summer reaffirmed Spangle’s revised position that the project didn’t need a full-scale environmental analysis.

“It’s not innuendo. It’s a very specific series of events that reeks not just of improper political interference, but outright pay-for-play corruption,” said Aaron Weiss, director of the environmental group Center for Western Priorities, via Twitter on Tuesday.

Robin Silver, conservation chair for the Tucson-based Center for Biological Diversity, said Vigneto is a case where “another one of Trump’s rich friends has access, obviously makes donations and gets a result that otherwise never would have happened.”

Grijalva, a Tucson Democrat, is seeking information relating to Spangle’s allegation that he agreed to back off his push for a sweeping environmental analysis of the Vigneto project.

Spangle said he did so after he was told in August 2017 by an attorney in the Interior’s Solicitor’s Office that a high-level Interior political appointee wanted him to back off. The attorney, Peg Romanik, has declined to comment.

Grijalva is also trying to get information from the U.S. Bureau of Land Management on why it hasn’t spoken out on Vigneto’s possible effects on the neighboring San Pedro Riparian Conservation Area. BLM owns the conservation area, which includes the St. David Cienega near Benson.

An El Dorado spokesman told the Star on Tuesday that company officials don’t know where CNN came up with these 11 “interactions” between Ingram and Trump administration officials. But they likely include interactions having nothing to do with the Villages of Vigneto, such as Ingram’s work on the International Wildlife Conservation Council, the spokesman said.

Ingram’s only meeting with an Interior official on this project was that Billings breakfast meeting, said the company spokesman.

Spangle’s reversal helped speed an Army Corps of Engineers decision in October 2018 to reinstate the project’s then-suspended Clean Water Act permit. The detailed environmental analysis Spangle had previously ordered would have taken many months or longer. Since then, the Corps has suspended the permit a second time and is now considering reinstating it in the face of an environmentalist lawsuit.

The Corps has said the review Spangle wanted is outside the proper scope of analysis for its decision-making on the project. That’s in part because El Dorado has said it could build a development, although a different kind, on the 12,000-acre site even if it didn’t have a federal permit for one, the Corps has said.

Specifically, Grijalva, who had already told the Star his committee is investigating this case, is seeking:

Interior Press Secretary Molly Block said in an email to the Star that, “We have received the letters and will respond through the proper channels.” Block also noted that Steed, the acting BLM director, no longer works for Interior.

A BLM spokesman emailed the Star on Tuesday that the agency “will be responsive to Rep. Grijalva’s request. We are still in the process of seeing if we have responsive documents.”

Reinstatement of a Phoenix developer’s permit to build a 28,000-home project in Benson is likely now that federal agencies have stood by an ea…

The Justice Department acknowledged in court records that Interior Secretary David Bernhardt was involved in a decision that overturned a finding that the 28,000-home Benson project needed a thorough environmental review.

Allegations of political interference in the federal handling of a 28,000-home Benson development proposal are strong enough that they warrant release of a slew of heretofore confidential records, a judge in Tucson has ruled.

David Bernhardt was named Interior secretary in April. CNN reported Bernhardt had 11 “interactions” with the CEO of El Dorado Holdings, which wants to build the Villages at Vigneto.

The view looking northeast toward Benson from general area planned for the Villages at Vigneto project, April 25, 2019, near Benson.