PHOENIX — It’s not quite the “taxpayer bill of rights” that then-Gov. Jan Brewer vetoed nearly a decade ago as “too restrictive.”

But state lawmakers are weighing legislation that, if it works as advertised, could result in automatic cuts in income tax rates with no realistic chance they will return to where they are now.

The proposal set for Senate debate Monday would require budget officials to figure out how much of a “surplus” Arizona has each year. Then, after accounting for inflation, population growth and required spending, the Department of Revenue would be required to adjust income tax rates to return 50% of that surplus to individual taxpayers.

But some Democrats say there’s a major flaw.

“The biggest problem with this is the ratchet-down effects,” said Rep. Mitzi Epstein, D-Tempe, in discussing what appears to be identical legislation being pushed in the House by Rep. Bret Roberts, R-Maricopa.

“The problem is that, if in one year, the DoR is forced to decrease income tax rates, they never get to go back up again” if the need arises, she said.

Mesnard conceded his measure is structured with a one-way ratchet.

“The idea behind these is to give tax relief and use growth in the economy that we get from the tax relief to lower taxes,” he said.

And if the economy goes south and needed revenues dry up?

Mesnard said legislators would still have the option of increasing tax rates should that become necessary. But he acknowledged that would require a politically difficult, if not impossible, two-thirds vote of both the House and Senate.

Still, he argued, the big selling point of his plan is flexibility.

He said measures like a “taxpayer bill of rights” mandate automatic tax cuts for the entire amount collected above the prior year’s spending after accounting for inflation and population growth.

Proponents of that plan argued in 2011 that such ideas were a necessary curb on government growth.

Brewer, in her veto letter, acknowledged that the existing constitutional spending limits, tied to total state personal income, are “too generous.”

But the measure she vetoed “unfortunately” used “a mechanism that is too restrictive,” Brewer wrote, citing a similar measure enacted in Colorado and calling it “an experiment that failed.”

By contrast, Mesnard said, his proposal earmarks just half the excess revenues to be used for tax cuts.

More significant, he said, is that the amount to be used to lower tax rates would be based not on all excess revenues but only those that budget analysts consider “structural,” meaning they’re not due to some particular one-time boost in the economy.

For example, legislative budget analysts expect the surplus this coming fiscal year to approach $1 billion. But they say about $685 million of that is one-time dollars — revenues unlikely to repeat in future years — with only $300 million anticipated to be baked into ongoing revenues.

So if Mesnard’s bill were already in effect, the formula would mean returning $150 million to taxpayers in the form of lower tax rates and not nearly $500 million.

He also said the measure is constructed so the state is using this year’s revenues and expenditures as a base.

As crafted, that base would automatically increase every year to account for inflation, population growth and any newly enacted programs. So in years with slow economic growth — those where revenues pretty much kept pace with the annual adjustments — there would be no reduction in rates.

More significant, he said, that base continues to grow.

“In theory, if you dip, you’re not going to have to, the next year when you go up a little bit, suddenly have to cut taxes again,” Mesnard said. “It’s always going to be based on you reach the high water mark (for revenues) and then go beyond that high water mark before you trigger anything else.”

There is another difference between a taxpayer bill of rights and what Mesnard wants, one that could prove more acceptable to Democrats.

The version of a taxpayer bill of rights in Colorado does not tinker with tax rates. Instead, it provides for a rebate on individual income taxes determined each year.

So in years where there are not excess dollars above the formula, there is no rebate. The tax rate stays where it was. And there is no worry of a ratcheting-down effect.

“I entertained that,” Mesnard said. But he scrapped the idea because his measure is structured so it does not consider one-time surpluses but only those that legislative budget analysts believe will continue.

Still, he said, that remains an option.

“I’m open to that if there’s a lot of pushback on the idea of using ongoing surpluses to permanently buy down tax rates,” Mesnard said.

When the House version gained preliminary approval this past week, Epstein argued that it would mean a loss of $64 million the first year, $71 million the second year and $110 million the year after that.

Mesnard, however, said those numbers are based on an earlier version of the measure, one that did not consider the built-in growth of new and expanded programs approved by the Legislature or voters.

Along the same lines, Mesnard said his proposal is written so it would not undermine the proposal by Invest in Ed to increase income taxes on the most wealthy to raise $940 million a year for education.

He said that’s because the education initiative, if it qualifies for the ballot and is approved by voters, would spell out how the money would be spent. And, as a part of state law, that would become part of the base against which future surpluses would be measured.

Post 9/11 law would allow state officials to quarantine individuals and call in the National Guard, law enforcement to deal with any widespread illness.

The bill is in trouble at the Legislature.

Court sides with Gov. Ducey over time it has taken to fill unexpired Senate term

Gov. Doug Ducey appointed Martha McSally to temporarily fill the term of Sen. John McCain, and called for an election to be held 27 months after his death.

The vote came over the objections of several Democrats, with one calling the proposed interest rate "predatory lending.'' 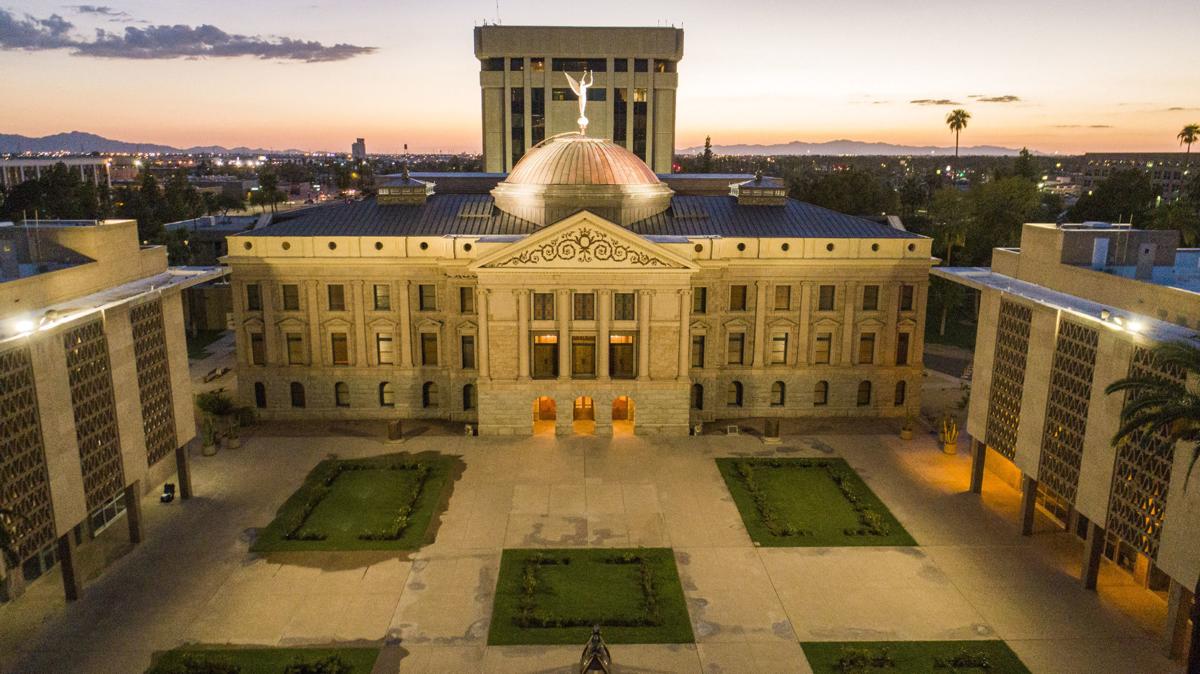 The Arizona State Capitol in Phoenix. 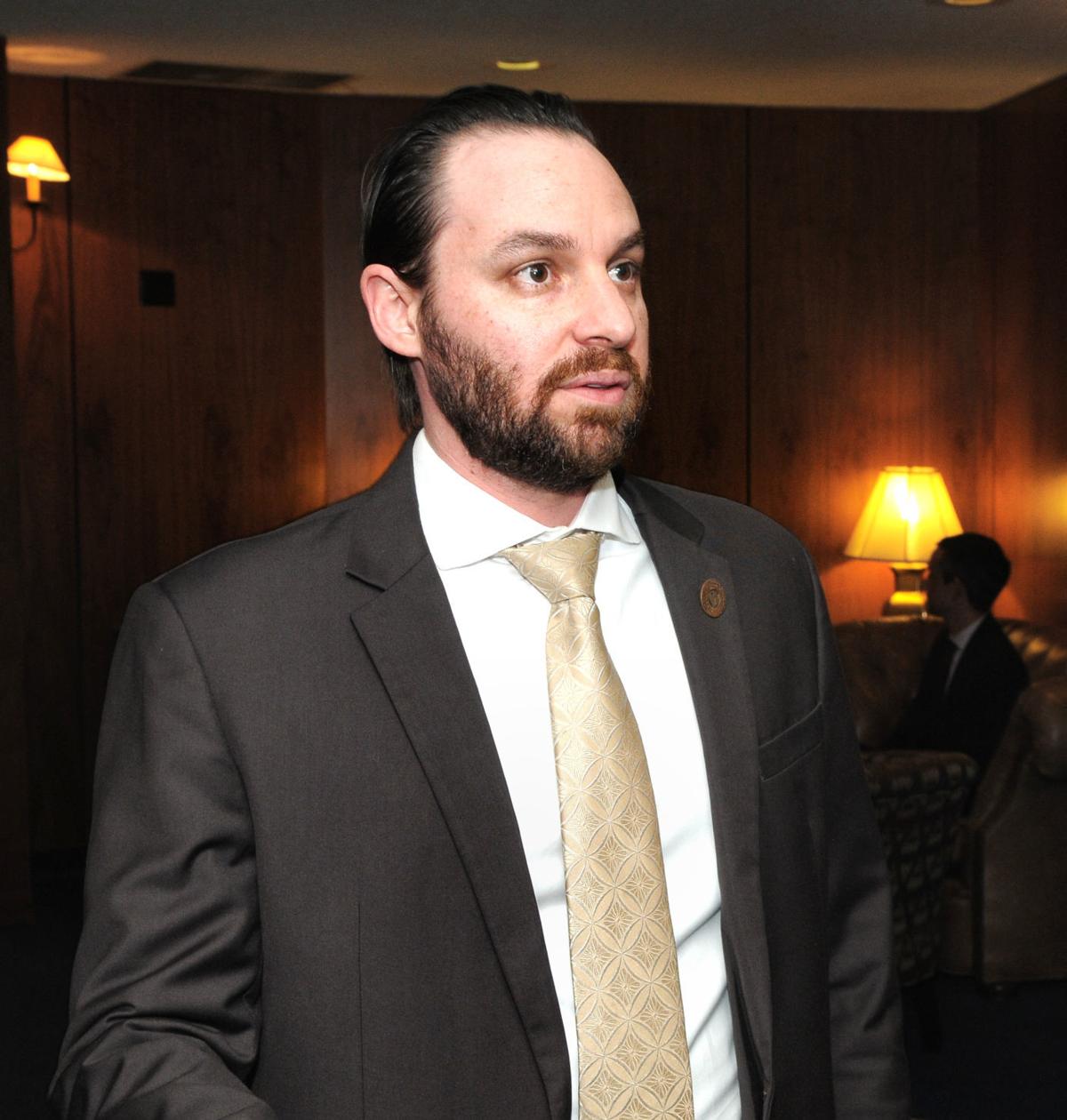