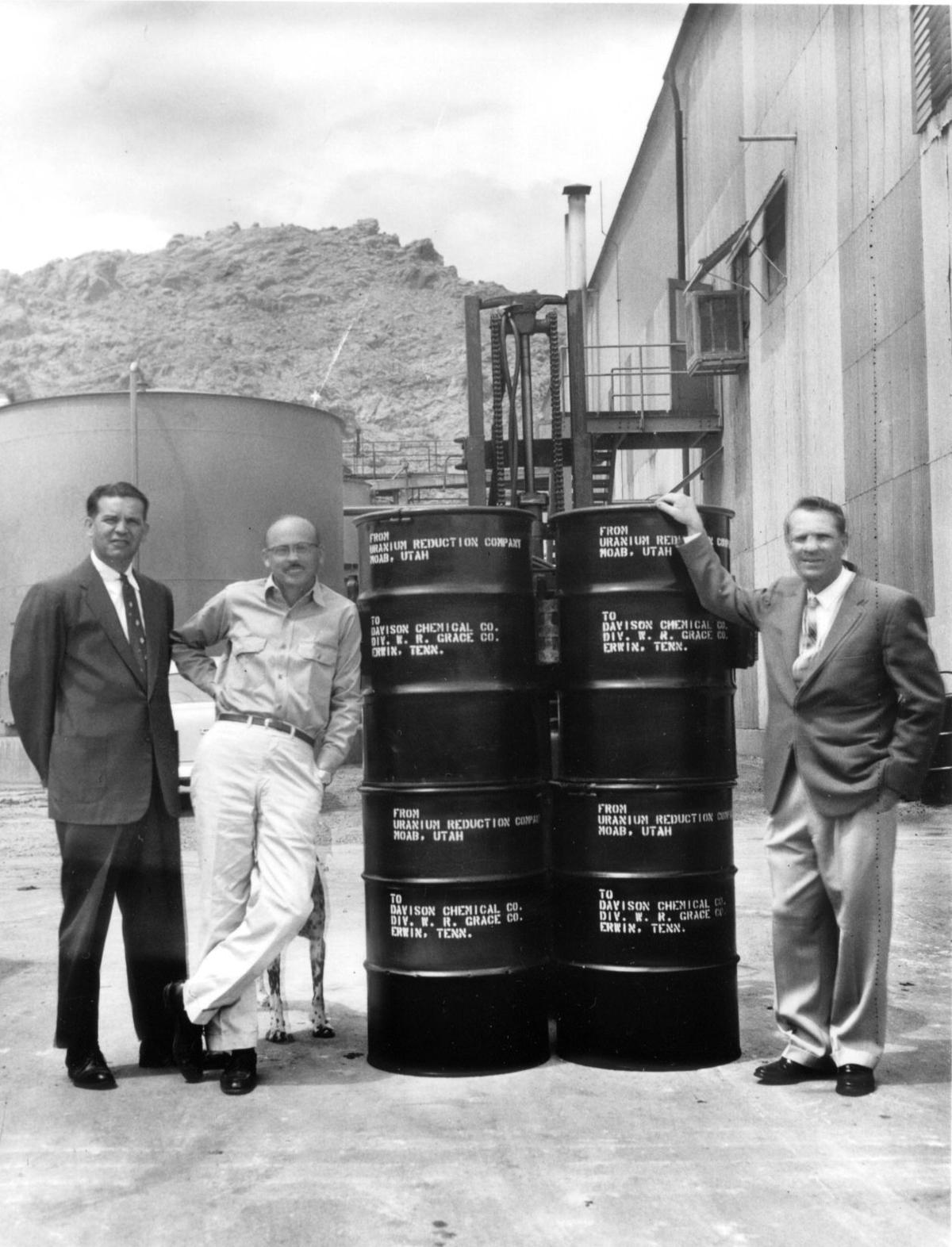 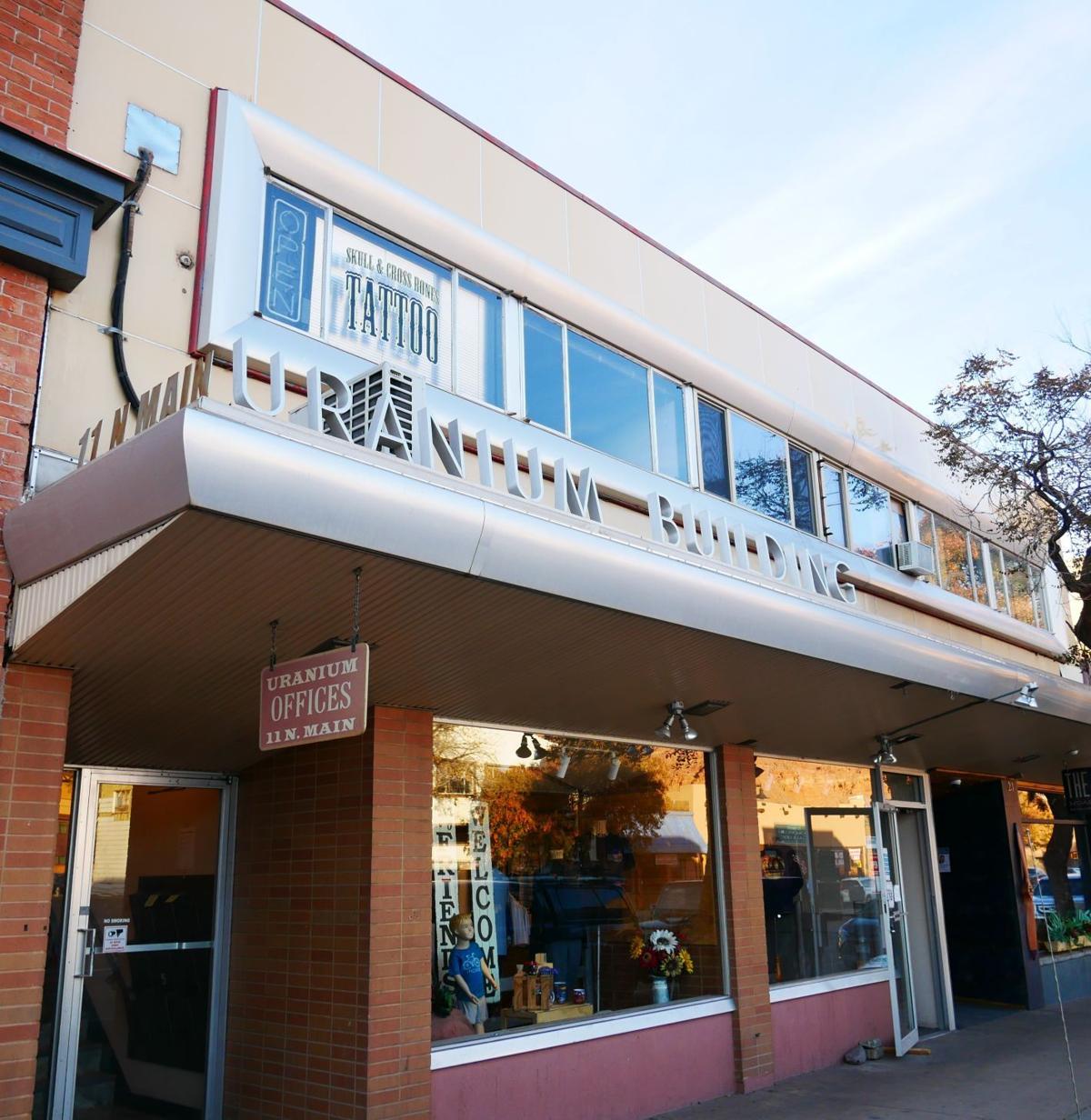 The Uranium Building located in Moab, Utah, is formerly known as the uranium capital of the world. 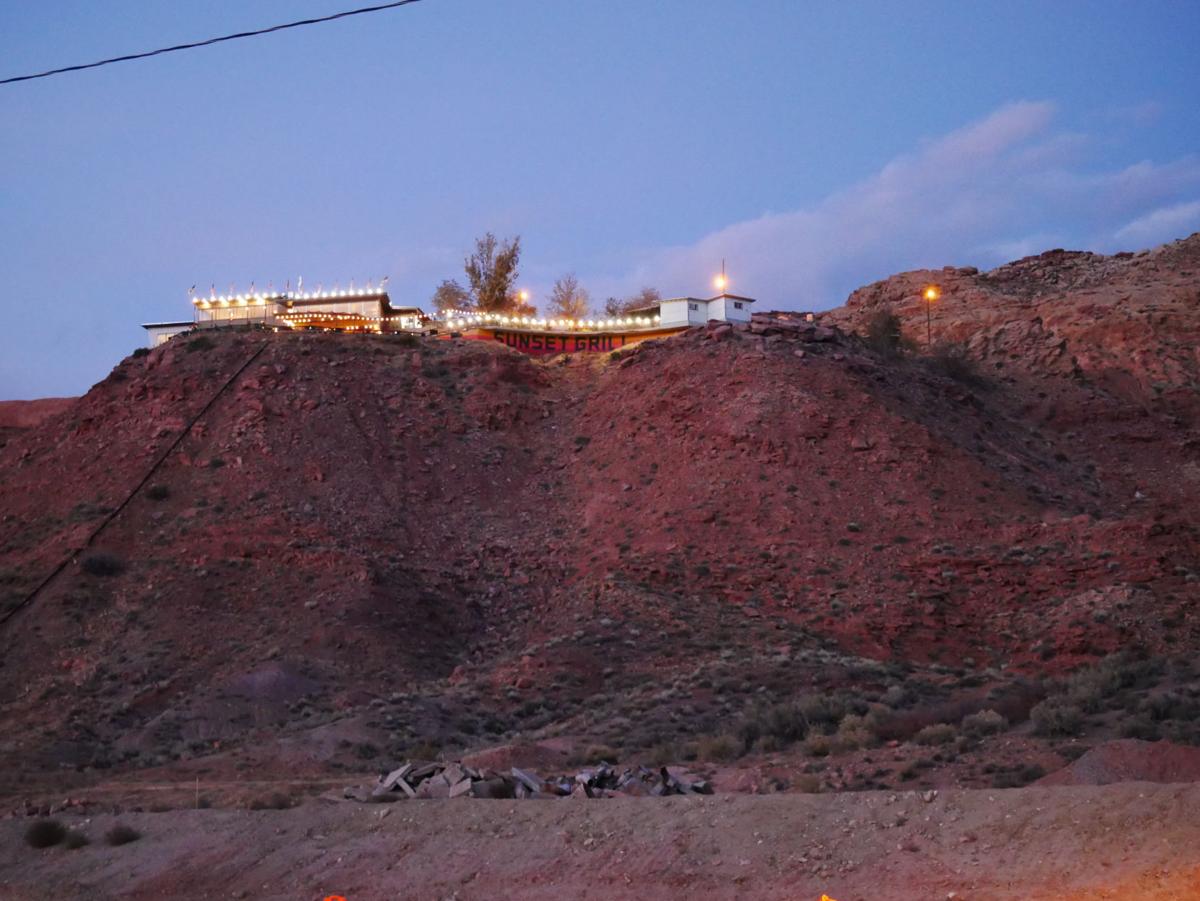 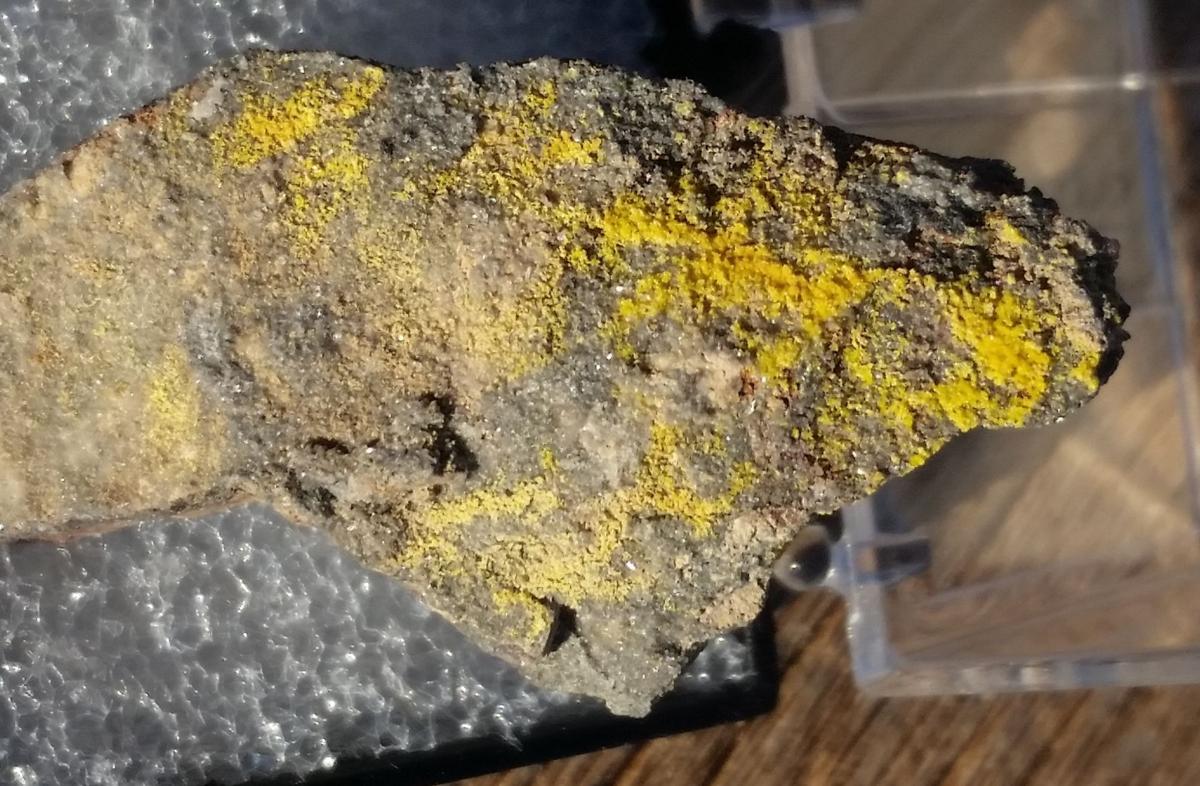 Boltwoodite is a common secondary uranium mineral formed during oxidation of uranium ores. 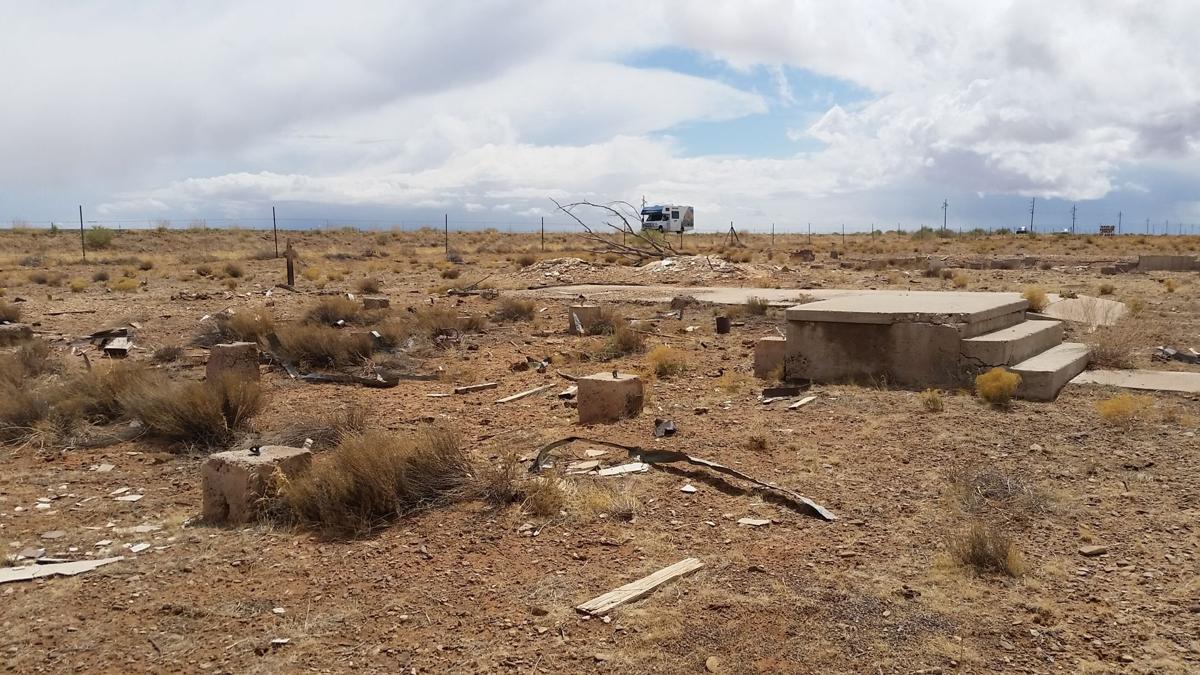 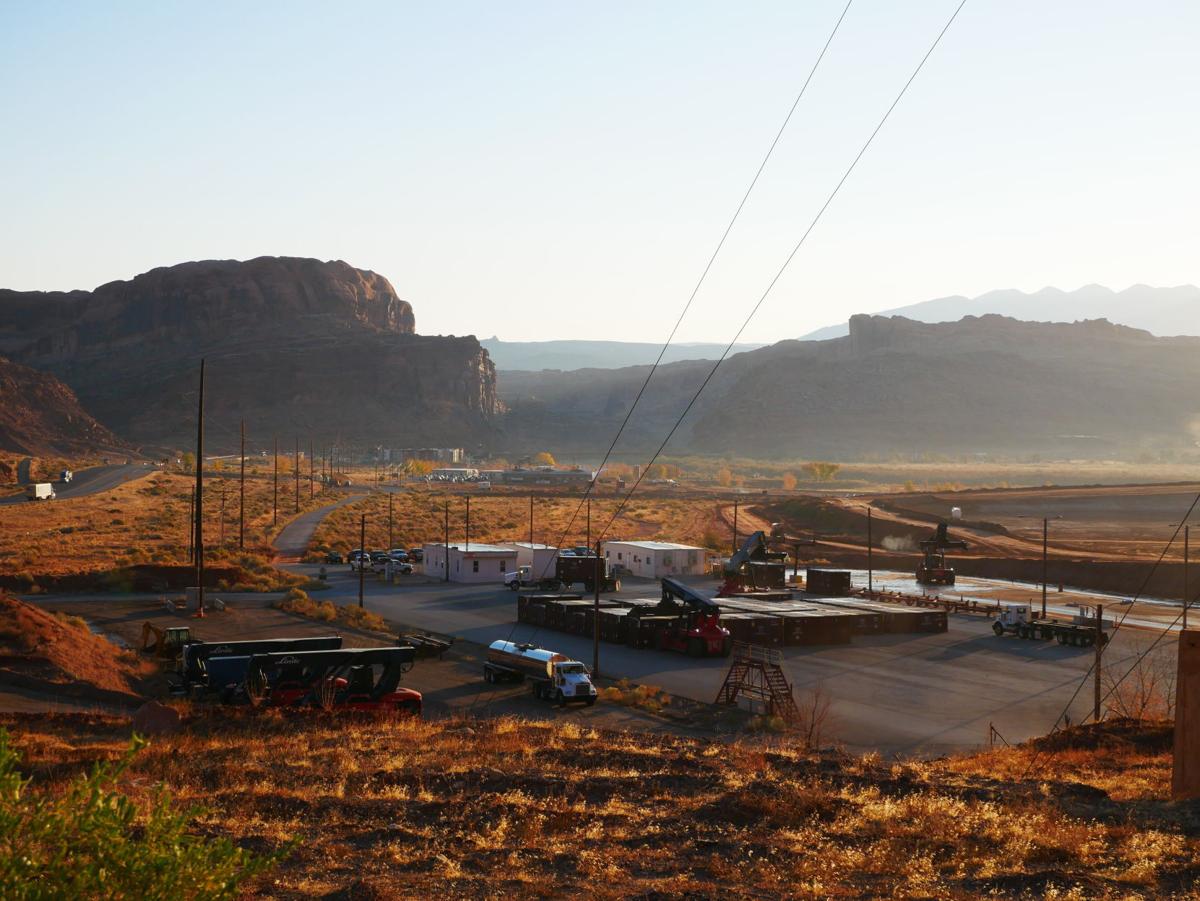 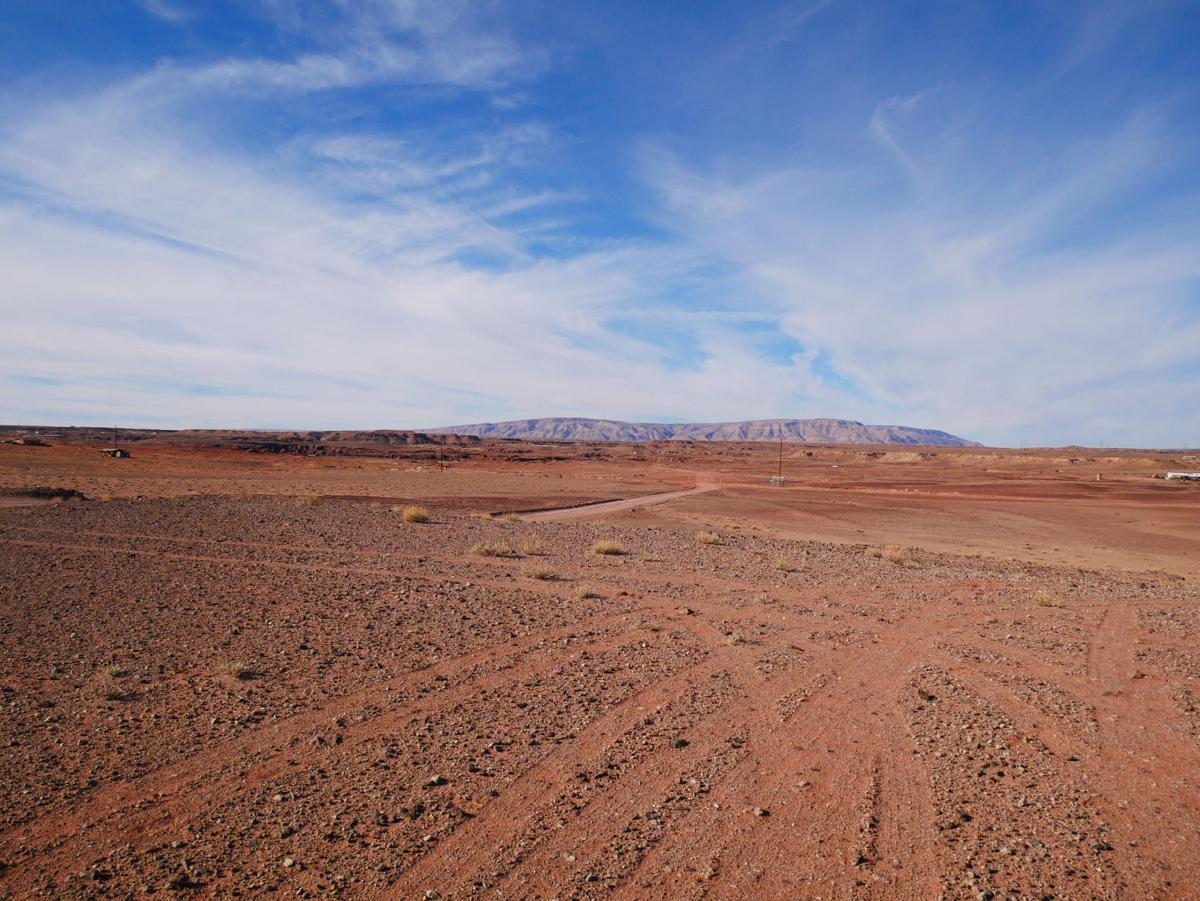 Uranium, an ingredient in the manufacture of atomic bombs and a strategic metal for the defense industry during the Cold War, stimulated the domestic uranium market with incentive programs which included guaranteed prices, discovery bonuses and development loans.

Reliance upon deposits from the Belgian Congo and Canada was a hindrance to national defense and the quest for domestic sources of uranium was needed. The Atomic Energy Act of 1946 established the Atomic Energy Commission, whose standing offer involved a $10,000 bonus for the first 20 short tons of ore or mechanical concentrates assaying 20% or more from a single undeveloped location.

This incentive led to heightened uranium exploration for individuals and corporations.

It enticed men like Charlie Steen to actively seek out uranium deposits. Reliance upon a geology background rather than a Geiger counter enabled him to seek out potential locations bearing uranium concentrations.

Steen found his success with the Mi Vida claim group, after coring through 14 feet of pitchblende on July 6, 1952. Steen would make millions off the uranium ore discovery, which also transformed the town of Moab, Utah from agriculture to a mining boom town.

The erection of the nation’s first independently owned uranium processing mill —Uranium Reduction Co., later known as the Atlas Uranium Mill — north of Moab ensured a thriving economy based upon the processing of uranium and vanadium ore through the declining Cold War Era in the early 1980s.

Uranium prospecting and mine development was also picking up in Northern Arizona.

The Jack Daniels open pit uranium mines were one of those sites developed upon discovery of a radioactive anomaly during the initial exploration in the summer of 1955.

Several prospectors noted high radioactivity in a pile of drill hole cuttings at the base of a power line pole.

Located on the Navajo Reservation 2 miles north/northeast of Cameron, these mines were christened after a discarded whiskey bottle found on-site.

This deviated from the other mines in the area named after the Navajo permittee. Mining permits and leases were provided by the Navajo Tribal Council after approval through the Bureau of Indian Affairs (U.S. Department of the Interior). The Marcy Exploration and Mining Co. (later known as the Marcy Shenandoah Corp.) stationed in Durango, Colorado, was the primary company operating the site, which began with 70 wagon drill holes at depths of 20 feet.

Geology of the area consists of multicolored claystone, coarse grained sandstone and siltstone. Studies concluded the potential of 35,000 tons of uranium ore beneath the surface.

The Atomic Energy Commission purchased all the uranium ore from the Jack Daniels deposits at their ore buying station operated by the Rare Metals Corp. Mill several miles east of Tuba City.

While vanadium ore was present in the Jack Daniels ore, the grade was too low to receive a profit.

Glenn Green, superintendent of the Jack Daniels Mine, oversaw the operation conducted by six men. At the time, the mine produced 1,000 tons of ore per month.

The Jack Daniels No. 1 Mine was the largest and most productive in the area with oxidized ore deposits containing uranium oxides along with sulfates, silicates, carbonates, molybdates and rare vanadates.

Additional mines noted for minor production included the Jack Daniels No. 2-4 mines and the No. 5, an extension of the No. 1 open pit.

Boltwoodite was the most common uranium mineral found at the Jack Daniels deposits. Other notable minerals included phosphuranylite and schrockingerite. Petrified wood was also found at the site.

Allis Chalmers HD-5 frontend loaders were used to remove 3 feet of overburden in order to access the ore. The open pit measured 500 feet in length and 250 feet wide. The depth was 26 feet. Average thickness of ore body was 5 feet with a waste rock to ore ratio of 2 ½ to 1.

Production occurred from 1956 to 1958, with the Marcy Co. canceling their permit the following year as the economic ore was depleted. Total recorded production was 39,440 tons which graded .225% uranium oxide (U3O8.)

Today the mine surface land is under the jurisdiction of Tribal Trust. The Little Colorado River is located 2 miles south of the mine site, which has undergone reclamation and is no longer active.

Reclamation has been ongoing at the Atlas mill site since 2009 with the removal of mill tailings by the Department of Energy. Shipment is by rail with an average of 19,000 tons per week relocated for disposal at Crescent Junction.

William Ascarza is an archivist, historian and author of seven books available for purchase online and at select bookstores. These include his latest, “In Search of Fortunes: A Look at the History of Arizona Mining,” available through M.T. Publishing Co. His other books are “Chiricahua Mountains: History and Nature,” “Southeastern Arizona Mining Towns,” “Zenith on the Horizon: An Encyclopedic Look at the Tucson Mountains from A to Z,” “Tucson Mountains,” “Arizona-Sonora Desert Museum” with Peggy Larson, and “Sentinel to the North: Exploring the Tortolita Mountains.” Email William Ascarza for a signed copy of his publications at AZMiningHistory@gmail.com.

To see a video version of this article, go to:

Steen, Mark. From the Zephyr Archives “My Old Man…The Uranium King” The Story of Charlie Steen. The Zephyr/4 pt series. 2016.

The Uranium Building located in Moab, Utah, is formerly known as the uranium capital of the world.

Boltwoodite is a common secondary uranium mineral formed during oxidation of uranium ores.