The Bighorn Fire has forced authorities to issue new evacuation orders Friday night for portions of the Catalina area, north of Tucson.

The evacuation zone is in the area of East Golder Ranch Drive and East Rollins Road.

Anyone in the area is asked to evacuate now, moving west away from the Catalina Mountains. The Pima County Sheriff’s Department is going door to door to make contact with affected residents.

The Pima County Sheriff's Department has also designated a nearby area as being in "set" mode, in which residents are urged to voluntarily leave or be prepared to evacuate if conditions change.

The evacuation order and new set zone comes just three hours after another evacuation order was lifted near the Catalina Foothills. Successful burnout operations conducted near Pima Canyon resulted in the status being downgraded Friday around 5 p.m.

The downgraded area, along with portions of the Catalina Foothills and Oro Valley remain in "set" mode.

Authorities warned those in the "set" category that emergency services cannot guarantee that they will be able to notify everyone if conditions rapidly deteriorate.

Crews were focusing efforts near the community of Golder Ranch Friday night, where fire activity picked up during the day due to extremely hot and dry conditions.

Multiple helicopters and air tankers worked in the area dousing the blaze and dropping retardant to slow its spread.

The temperature is expected to reach 104 degrees Saturday with a a 10% chance of dry thunderstorms in the area, and a 5% chance Monday, officials said.

The blaze is only 10% contained — a figure that is unlikely to grow much because firefighters can't get into the rocky terrain where the flames are burning, said Travis Mabery of the Southwest Incident Management Team.

"Retardant does not put out the fire, it's a stalling tactic," Mabery said. The flames eat through the retardant unless fire crews can get into the area and cut fire lines to stop it.

The fire, which started June 5, did not advance toward homes Friday, but that doesn't mean the structures are less at risk, Mabery said.

"There's still a lot of heat up there," he said.

The National Wildfire Coordinating Group estimates the containment date for the Bighorn Fire is June 25, but the date is subject to change — a few days ago it was June 20 — depending on conditions on the ground.

In addition to protecting homes, fire crews were focused on fighting the fire in a way that prevents future problems like runoff and flooding, Mabery said.

"Firefighters working in and around communities that border the forest will be continuing their work to the east, near Ventana Canyon," a news release says. "These specialized crews assess potential threats to homes and infrastructure, identify access routes and develop contingency plans in the event of fire spreading into the area."

Audio: Press briefing about the Bighorn Fire near Tucson

A Chinook helicopter drops water on a ridge above Pima Canyon in Coronado National Forest during the Bighorn Fire on June 10, 2020. Video by R…

The Bighorn Fire, north of Tucson, continues to burn for a sixth day.

Crews were conducting back burns near residences in effort to slow spread of the 6,200-acre wildfire.

The press conference will start at 2:30 p.m. to update the community about the Bighorn Fire. 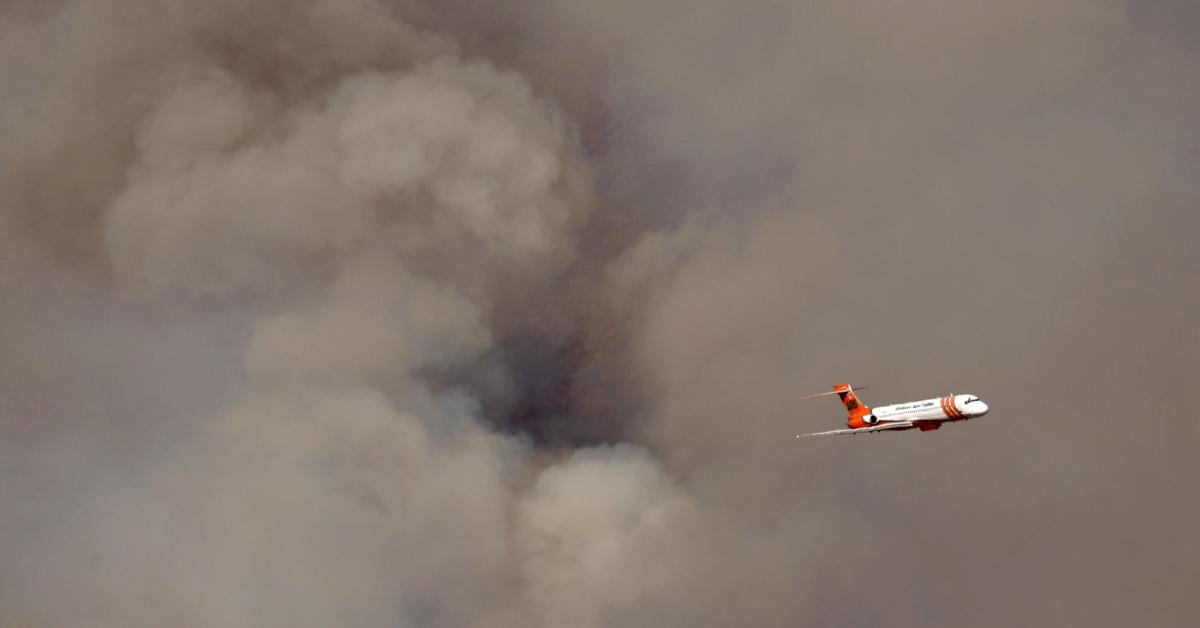 A McDonnell Douglas MD-80 firefighting tanker banks out of a smoky gully after making a retardant drop on the Bighorn Fire burning near Catalina State Park, Oro Valley, Ariz., June 11, 2020. 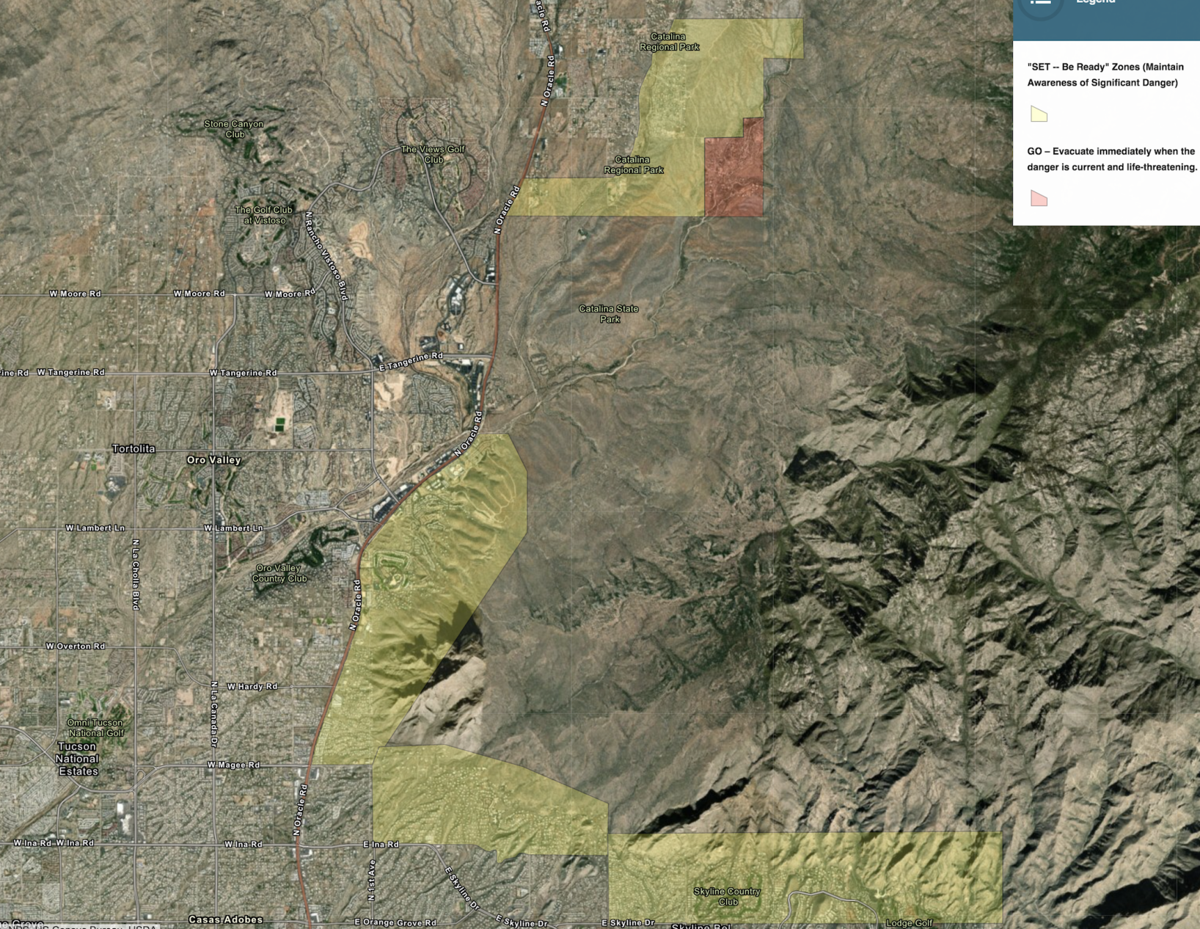 The red area at the top of the map was declared an evacuation zone Friday, June 12, at 8 p.m. Residents are urged to leave immediately, moving west away from the Catalina Mountains. Areas in yellow are not currently ordered to evacuate but are in locations of significant danger.