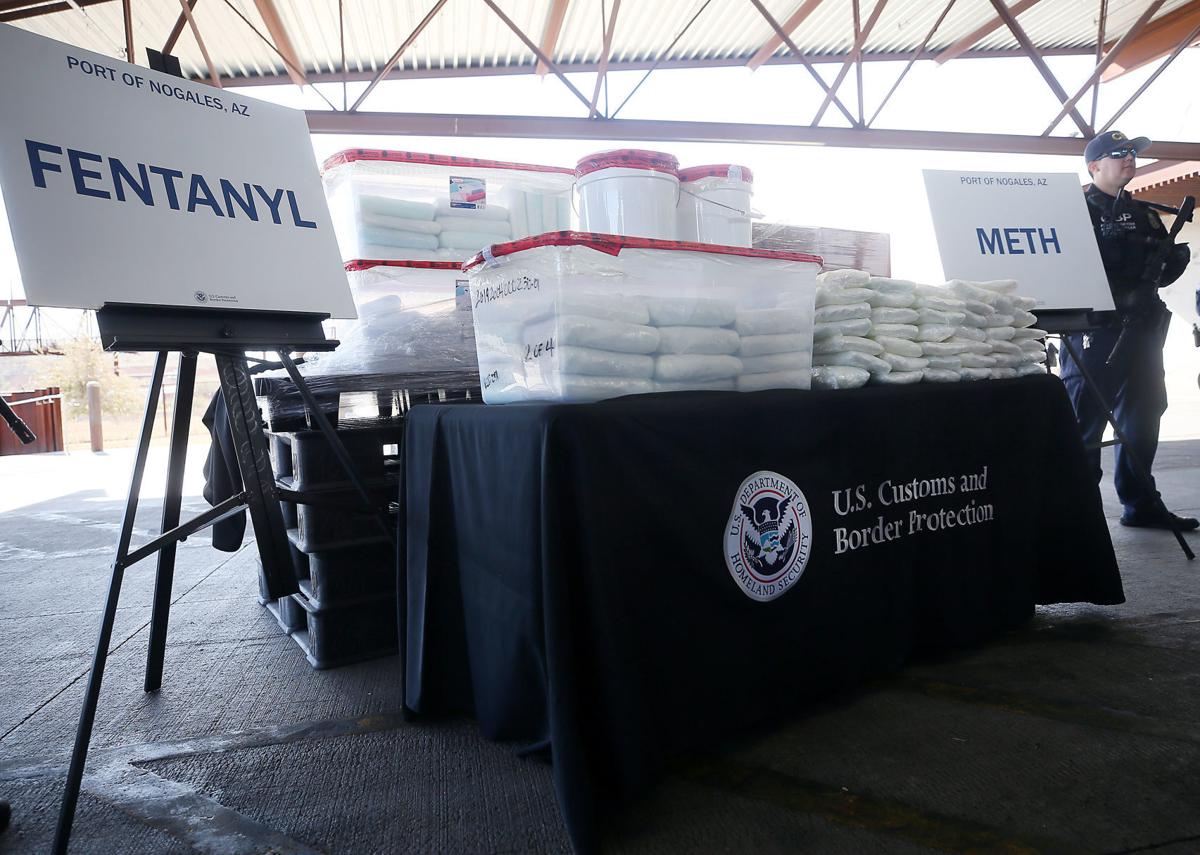 Officials display the shipment of fentanyl and methamphetamine that was seized by Customs and Border Protection officers Saturday at the Nogales Port of Entry. The value of the drugs was estimated at $4.6 million. 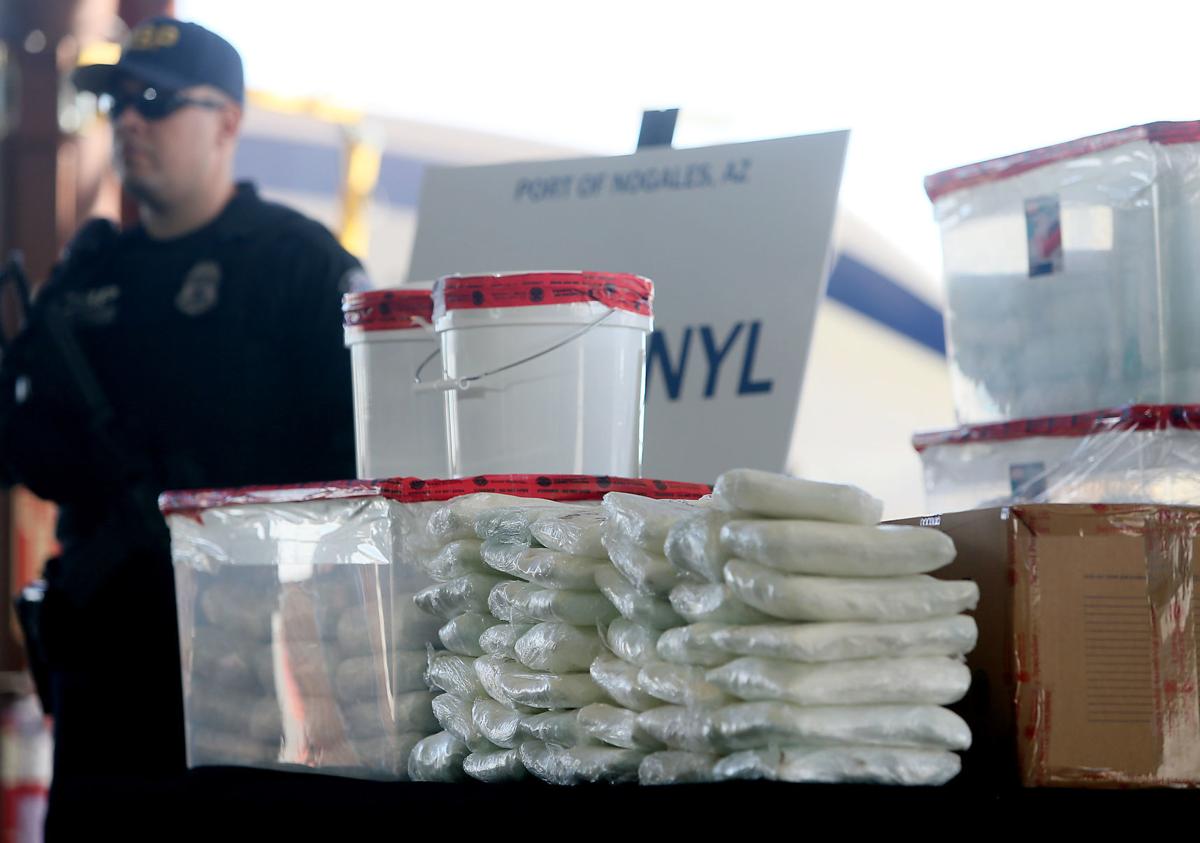 A 26-year-old Mexican truck driver has been arrested and charged in the record-breaking drug shipment, which was hidden under a load of cucumbers. 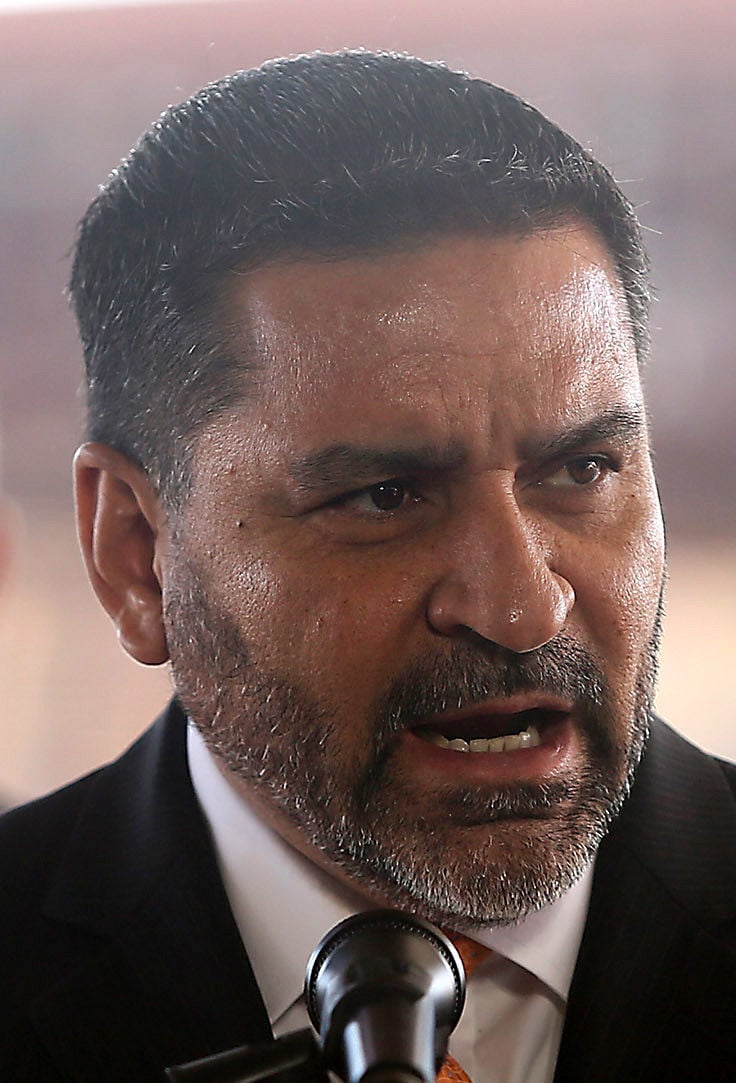 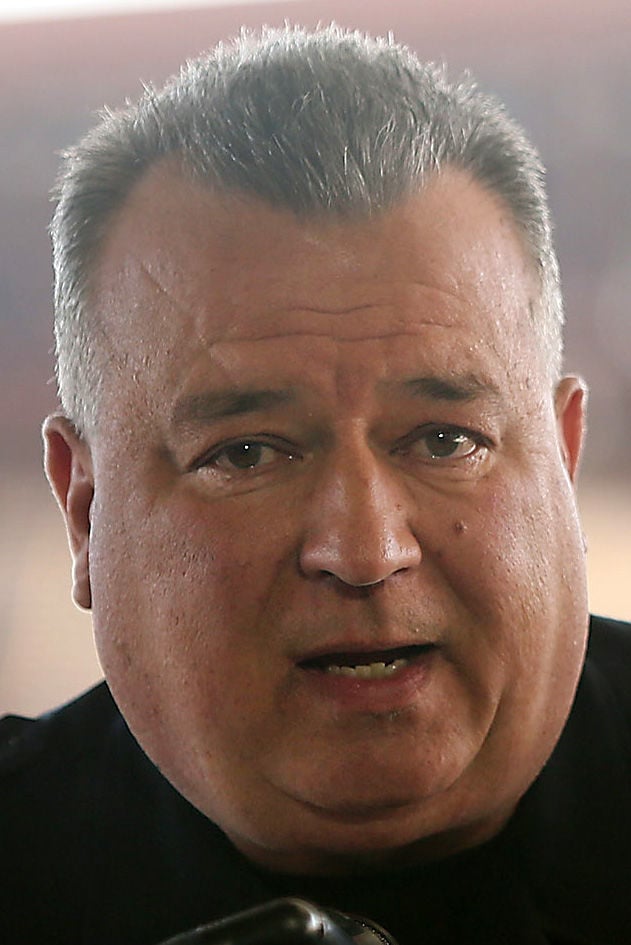 In a record seizure for Customs and Border Protection, officers confiscated 254 pounds of fentanyl — enough for millions of potentially lethal doses — hidden in a cargo of cucumbers at a Nogales port of entry.

It was the largest single seizure of the potent opioid in CBP history.

Juan Antonio Torres-Barraza, a 26-year-old Mexican truck driver, was caught Saturday with more than 650 pounds of methamphetamine and fentanyl worth $4.6 million, officials said Thursday during a news conference at the Mariposa Port of Entry. He is in federal custody facing two counts of possession with intent to distribute.

According to court documents, Torres-Barraza was driving a 1999 Volvo through the Mariposa Port of Entry when he was referred to a secondary inspection. During a scan, agents observed anomalies in the trailer’s floor, and a CBP canine team alerted officers to what turned out to be 416 packages, 94 of them with fentanyl and the rest with methamphetamine.

The fentanyl, worth about $3.5 million, was mainly in powder form, but there were also pills.

The meth seizure was the third-largest discovered at Arizona ports of entry and consisted of 322 packages weighing about 395 pounds and worth $1.18 million.

The strongest opioid available in medical treatment, pharmaceutical fentanyl is used to treat severe pain and is usually administered through a patch. The euphoria-inducing drug is up to 50 times stronger than heroin and up to 100 times more potent than morphine.

“It is said that a quarter-milligram, or the size of a few grains of salt of fentanyl, which is a dangerous opioid, can kill a person very quickly,” said Nogales Port Director Michael Humphries. “This amount of fentanyl our CBP officers prevented from entering our country equates to an unmeasurable dangerous amount of an opioid that could have harmed so many families.”

Mariscal said the investigation into Saturday’s seizure is ongoing. The size of the shipment and how it was concealed, he said, points to a well-organized smuggling operation.

In 2017, there were more than 28,000 deaths in the United States involving synthetic opioids, which includes fentanyl, other than methadone. That is more deaths than from any other type of opioid, according to the Centers for Disease Control and Prevention.

Fentanyl made by the Sinaloa cartel has been increasingly making its way through Arizona.

As of July 31, with two months remaining in fiscal 2018, officers had already seized nearly 1,400 pounds of fentanyl across the United States.

Fentanyl is not the only narcotic coming across largely through the country’s ports of entry.

About 85 percent of all hard drugs — cocaine, heroin and methamphetamine — seized by Customs and Border Protection between fiscal years 2012 through 2018 (as of Aug. 31, 2018) was caught by customs officers, not Border Patrol agents working between the ports. The Border Patrol is also seeing a rise in meth smuggling, however.

“Most hard narcotics seized at CBP are at the ports of entry and that’s the case here,” Humphries said. “They like to use vehicles with hidden compartments that they are able to track, instead of between ports of entry, that’s my opinion.”

Torres-Barraza told officers he picked up the load at about 10 a.m. that day and was heading to Rio Rico to deliver cucumbers coming from Guadalajara for a company. He didn’t own the trailer and was only making the delivery for the company, for which he gets paid roughly $36, according to the complaint.

He said he didn’t notice his boss acting differently nor did he find anything out of the ordinary when he inspected the tractor and trailer. He also weighed the trailer himself and it didn’t show up as overweight and had the original seal.

The special agent wrote in the complaint that Torres-Barraza said he didn’t know there were narcotics in the trailer and thought that either a well-dressed person he picked the trailer up from whom he didn’t know, or the owners of the commodity, knew about the narcotics.

His court-appointed attorney, Matei Tarail of the Federal Public Defender’s Office, said he had no comment.

“I do wish the president would more clearly and more often say what I believe him to mean,” said Pima County Sheriff Mark Napier, the main author of a three-page statement released Wednesday by the Southwestern Border Sheriff’s Coalition.

A few salt-grain size pieces of the synthetic opioid are fatal.

Enforcing preventive measures and demanding aggressive action against the importation of fentanyl is of vital importance.

A storm moving across southern Arizona is bringing scattered showers and thunderstorms to the region this morning.

PHOENIX — A 20-year-old transient accused of fatally stabbing his pregnant Lyft driver, killing the woman and her unborn child before stealing…

At the heart of Apple's shocking FaceTime bug, which allowed just about anyone to turn an iPhone into a live microphone, stands a 14-year-old …

PHOENIX — A fourth dolphin has died at a Phoenix-area aquatic facility.A statement from Dolphinaris Arizona in Scottsdale says 22-year-old Kai…

The Friday night event is free and open to the public, with seating being offered on a first-come, first-seated basis.

How the border 'wall' became a potent political symbol

Call it a fence or a wall, physical barriers have been at the center of border security debate and a potent political symbol for decades.

Arizona National Guard has about 600 soldiers and airmen serving on Operation Guardian Support.

Smugglers' Jeep gets stuck atop makeshift ramp on border fence

Close to a dozen people fled the Jeep and carried bundles of marijuana back to Mexico on foot, authorities say.

A driver offered a border agent at the Lukeville port of entry $30,000 to let him go after 48 pounds of methamphetamine was found in his picku…

Officials display the shipment of fentanyl and methamphetamine that was seized by Customs and Border Protection officers Saturday at the Nogales Port of Entry. The value of the drugs was estimated at $4.6 million.

A 26-year-old Mexican truck driver has been arrested and charged in the record-breaking drug shipment, which was hidden under a load of cucumbers.