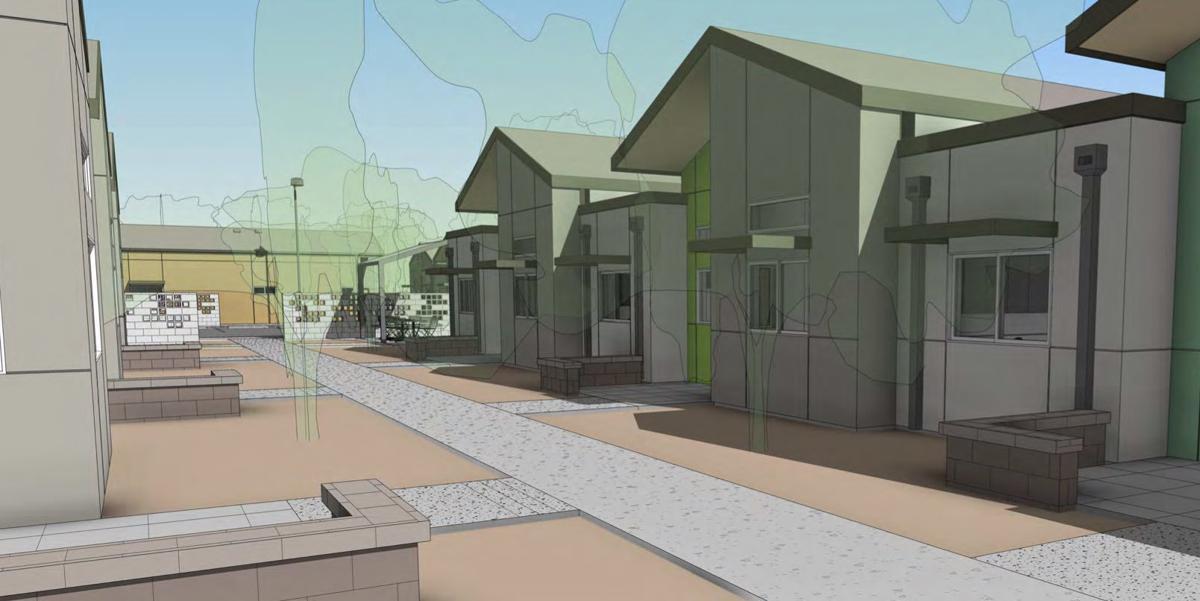 This is what the new apartments might look like when they are completed in September 2020. The complex will have a mix of one-, two- and three-bedroom units.

Esperanza en Escalante, a nonprofit organization that provides affordable housing to homeless veterans and their families, expects the construction of 50 apartments to be completed by next September.

Esperanza en Escalante, a nonprofit organization that provides affordable housing to homeless veterans and their families, will break ground Thursday on 50 new apartments, which are expected to be completed by next September.

This is the second phase of a housing project, also named Esperanza en Escalante, at 3710 S. Calle Polar, east of South Wilmot and south of East Golf Links roads.

The estimated $10.5-million project will have one-, two- and three-bedroom units, said Pat Beauchamp, director of operations for the organization.

Major financing for the project was provided by low-income housing tax credits through the Arizona Department of Housing, with contributions from the city and county. The project was co-developed by Gorman & Company and Esperanza en Escalante.

The entire development is rental properties and the majority is Section 8 housing, a government program that assists low-income individuals or families with rent.

“Affordable housing is very tight in Tucson and across the country,” said Beauchamp. “People deserve better than sleeping in their cars or on the street. They have the right to live with dignity and respect.”

The organization, formed in 1989 by the Tucson Vietnam Veterans of America Chapter 106, works closely with governmental agencies and other institutions to meet the needs of veterans. In addition to housing, support services include helping veterans with medical appointments and applying for benefits.

This second phase of apartments will be constructed within the organization’s housing development that sits on a 16-acre site.

The project also will include a community center and a playground in a park area.

The development has a full-time case manager and a food pantry on site.

Beauchamp said a third phase is expected in the near future with the construction of about 20 apartments.

The parcel presently has 16 transitional housing units and the first phase of an estimated $6 million project constructed 44 one-bedroom apartments that were completed in 2017, said Beauchamp.

For further information about housing for homeless veterans and services provided by Esperanza en Escalante, go to www.eeeveterans.org

Housing experts will be in attendance.

Renovations include a new industrial kitchen, dining hall and activity center, and were funded through low-cost financing.

The men are in their late 70s and became known as the Chasers in 1957.

Admission to view the memorial wall at Casino del Sol is free.

The medical respite center will be on the El Rio Cherrybell Health Center campus.

This is what the new apartments might look like when they are completed in September 2020. The complex will have a mix of one-, two- and three-bedroom units.

Esperanza en Escalante, a nonprofit organization that provides affordable housing to homeless veterans and their families, expects the construction of 50 apartments to be completed by next September.