Over 3 million in Arizona have at least one vaccine dose 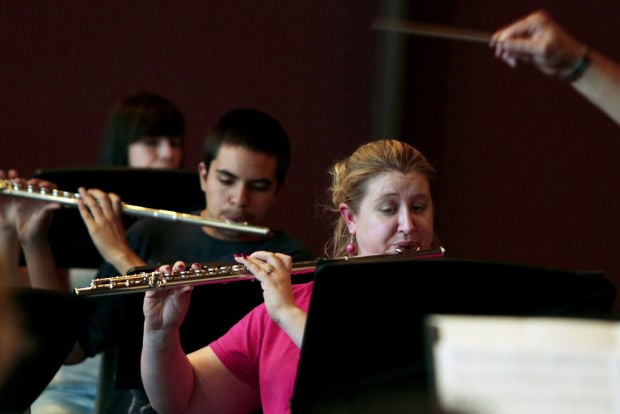 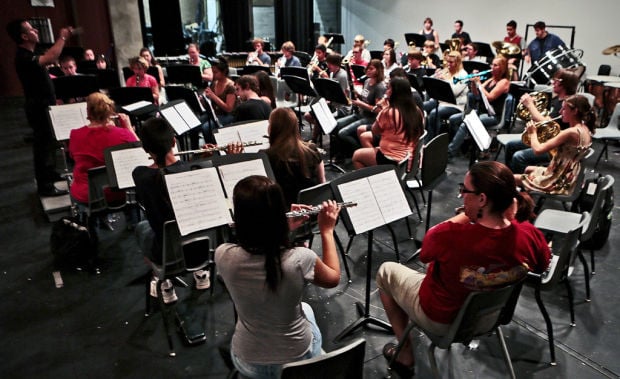 Todd Ponder, left, leads the newly formed Marana Winds in a rehearsal, their sixth since getting together as a group. The new orchestra taps the musical skills of Marana district employees and students, and the group is preparing for its first concert this coming Monday at Mountain View High School.

As musician-turned-Tortolita Middle School associate principal Todd Ponder dedicated his life to professional matters. He felt he was neglecting his musical side.

Hoping other Marana Unified School District educators were feeling the same, he sent an email to colleagues asking if anyone was interested in joining a wind ensemble.

Expecting a few scattered replies, he was flooded with dozens of positive responses from like-minded former musicians. Thus, the 60-member Marana Winds formed.

"Music was a big part of my life, and after going into administration it was one of the things that kind of started to fall by the wayside," Ponder said.

"I hated to see that happen, so this idea came out of just missing it. But I also wanted to create a group that would involve faculty, students and the community to bring everyone together who also shares the same love of music."

One person who responded to Ponder's email was Marana Middle School Principal Kristin Reidy. A drum major and flute player in her Marana High School days - she graduated in 1995 - Reidy was looking for a way to reignite her hobby.

"I feel in some ways it was giving me a chance to relive my experiences growing up in the Marana district one more time," she said.

Reidy said she was astounded at her colleagues' musical talents, particularly those of Estes Elementary School teacher Hilary Rizzi.

The group has spent the past couple months meeting Thursdays for rehearsals in Mountain View's band room.

It's all to prepare for a free concert - the first of what Ponder plans to be an annual series - at 7 p.m. May 6 at Mountain View High School, 3901 W. Linda Vista Blvd.

Ponder studied clarinet in college and spent 12 years as a band director before joining Tortolita in 2011. He will conduct the group.

All members of the Marana Winds are MUSD staffers, except Ponder's wife, Jennifer, their 8-year-old son, Tayven, and Jessica Struckhoff, a former student of Ponder's, whom he taught in Missouri.

The group will perform five pieces in the hourlong show. Despite the overwhelming response to his initial email, Ponder didn't know what caliber of musicians were interested. Any concerns quickly went away.

"Going into the first rehearsal, I wasn't really sure what to expect," Ponder said. "But it's an impressive group."

Reidy, the Marana Middle School principal, said the group is committed to performing at its peak.

"The energy within the group is electric," she said. "It's incredibly powerful. The group that's performing is talented. This is the hardest music I've ever seen my entire life. The pieces were complex, and it goes to show that if you hold a high bar of expectations, people rise to it each and every time."

• Admission: Free, but donations will be accepted to raise money for Marana Schools' 2340 Foundation, which supports MUSD schools.

Todd Ponder, left, leads the newly formed Marana Winds in a rehearsal, their sixth since getting together as a group. The new orchestra taps the musical skills of Marana district employees and students, and the group is preparing for its first concert this coming Monday at Mountain View High School.