PHOENIX — A Chandler firm that could lose business from legalized marijuana is now the largest contributor to a campaign to stop that from happening here.

Reports filed with the Secretary of State’s Office show Insys Therapeutics, whose sole product is an opiate spray to treat pain for cancer patients, gave $500,000 to Arizonans for Responsible Drug Policy. That is nearly four times more than the second largest donation of $110,000 from the Arizona Chamber of Commerce and Industry to try to defeat Proposition 205.

J.P. Holyoak who chairs the committee pushing the initiative, said the interest of pharmaceutical companies in keeping marijuana illegal comes down to protection of profits. He said firms don’t want the competition.

“They want to be able to push their far more addictive, far more harmful and far more dangerous opioid drugs,” Holyoak said. He said that is particularly true of a company like Insys whose business relies solely on a single product that has received federal approval: Subsys, a sublingual fentanyl spray.

Adam Deguire, campaign manager for the anti-205 effort, did not address the financial interest of firms like Insys in keeping marijuana illegal, referring that question to the company.

In its own prepared statement, Insys said it opposes the initiative “because it fails to protect the safety of Arizona’s citizens, and particularly its children.” And the company noted that the U.S. Food and Drug Administration has not approved marijuana for any medical use.

“We believe that all available medicines should meet the clinical standards set by the FDA,” the statement says.

The statement says Insys has nothing against the cannabinoids, the ingredients in marijuana, assuming they are properly used. In fact, the company’s website says it has seven such products in various stages of development.

Deguire, for his part, said there’s also reason to look at who is supporting Prop. 205.

Most of the money has come from the Marijuana Policy Project, an out-of-state interest. And he noted a series of five-figure checks from donors who that “stand to make millions if Prop. 205 passes, with no regards to its negative effects.”

That list includes companies that operate medical marijuana dispensaries. As crafted, the initiative gives them first crack at getting one of the limited number of licenses that will be available through 2020 to sell marijuana.

Holyoak did not dispute that fact.

“Proposition 205 may potentially benefit some of the existing dispensary owners,” he conceded. “This is still an economy and they’re going to be winners and losers.”

But Holyoak defended the limit of 147 marijuana shops statewide the initiative would allow.

If approved in November, the measure would allow any adult to use marijuana for any reason, including recreational, as well as grow their own plants. It also would provide certain protections to marijuana users against losing their jobs or child visitation rights solely because of the legal use of the drug.

That is a big change from the existing 2010 voter-approved medical marijuana law that allows doctors to recommend the drug to patients with cancer as well as to treat pain. About 100,000 Arizonans already have state-issued ID cards allowing them to legally purchase up to 2½ ounces of the drug every two weeks.

But Holyoak argued the availability of medical marijuana does not undermine his contention that pharmaceutical companies fear the expansion because it will make the drug much more accessible, not for recreational use but also for those who have medical needs but do not have the approximately $300 it takes to get a doctor’s recommendation and an annual medical marijuana card from the state.

“There are great barriers to people having access to cannabis as pain treatment through the medical program,” Holyoak said. “Instead what we are proposing is allowing any adult to walk into a store ... and purchase an alternative to those harmful opiods that Insys is pushing.”

While Holyoak argues that legal marijuana would financially harm Insys, there’s another side to thar argument.

In an article earlier this year in Forbes, Todd Hagopian who manages a fund of pharmaceutical companies said he actually sees a benefit to wider legal use of marijuana for firms like Insys. That has to do with the company’s cannabis drugs under development.

“I anticipate a huge swing toward accessibility, and acceptability, with cannabis-based drugs,” he said.

“The biotech industry might be the one who is actually best-positioned to cash in on the wide acceptance of medical marijuana going forward,” Hagopian said. “As the medical marijuana trend becomes the norm, rather than exception, stocks like Insys will be major beneficiaries.”

Get ready to vote on Prop. 205 (recreational marijuana)

What you need to know about Prop. 205, which would allow any adult to use marijuana for any reason, including recreational, as well as grow th…

Take a look inside the medical marijuana cultivation site run by Tucson dispensary Earth's Healing, where growers prepare Space Bomb and other…

He's not convinced pot is safer than any other drugs.

Group said there are three misstatements and wants judge to order changes.

Backers of minimum-wage increase in Arizona have raised $1.4 million

The mayor of Colorado's second-largest city is urging Arizonans not to follow his state's lead.

Voters to decide in November.

Attorney General's Office would not say if what he did violated any laws.

Foes of legalized recreational marijuana in Arizona have cash edge

They apparently plan a last-minute barrage of media against Proposition 205.

Arizonans for Responsible Drug Policy has so far collected more than $2.7 million.

The campaign to keep Arizonans from using marijuana for recreation is getting a big boost from Discount Tire.

Customs officers in Nogales found five pounds of fentanyl inside a stroller where an infant girl was sitting.

Attorney says firm can't be sued by the state over its marketing practices because anything it may have done wrong is in the past.

Committee unanimously approves plan as a pain management physician encourages lawmakers to proceed — but with caution. 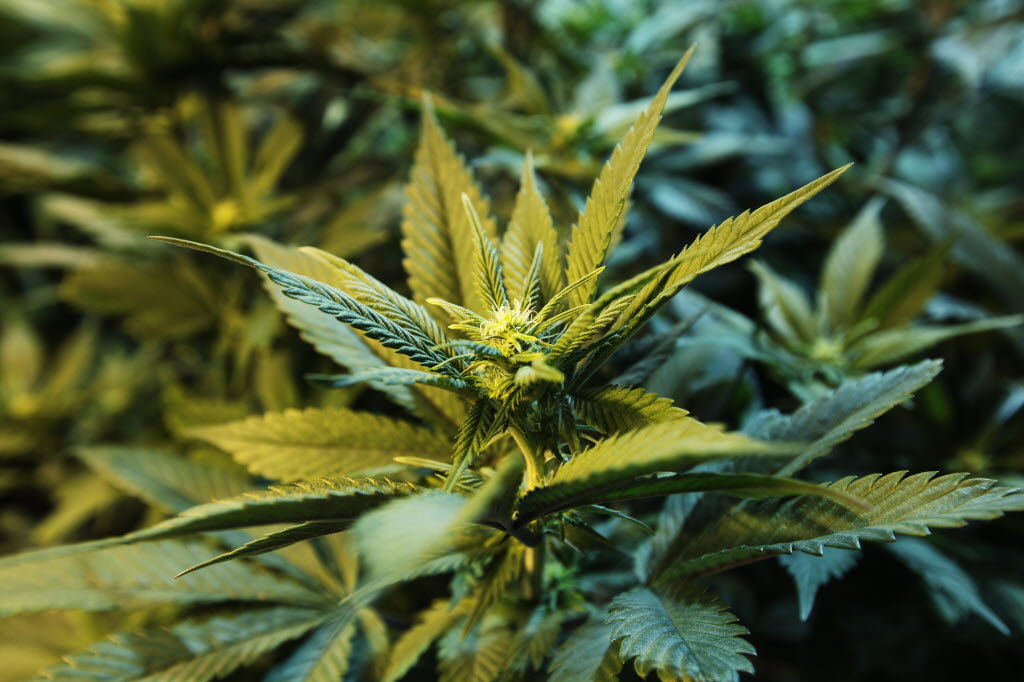 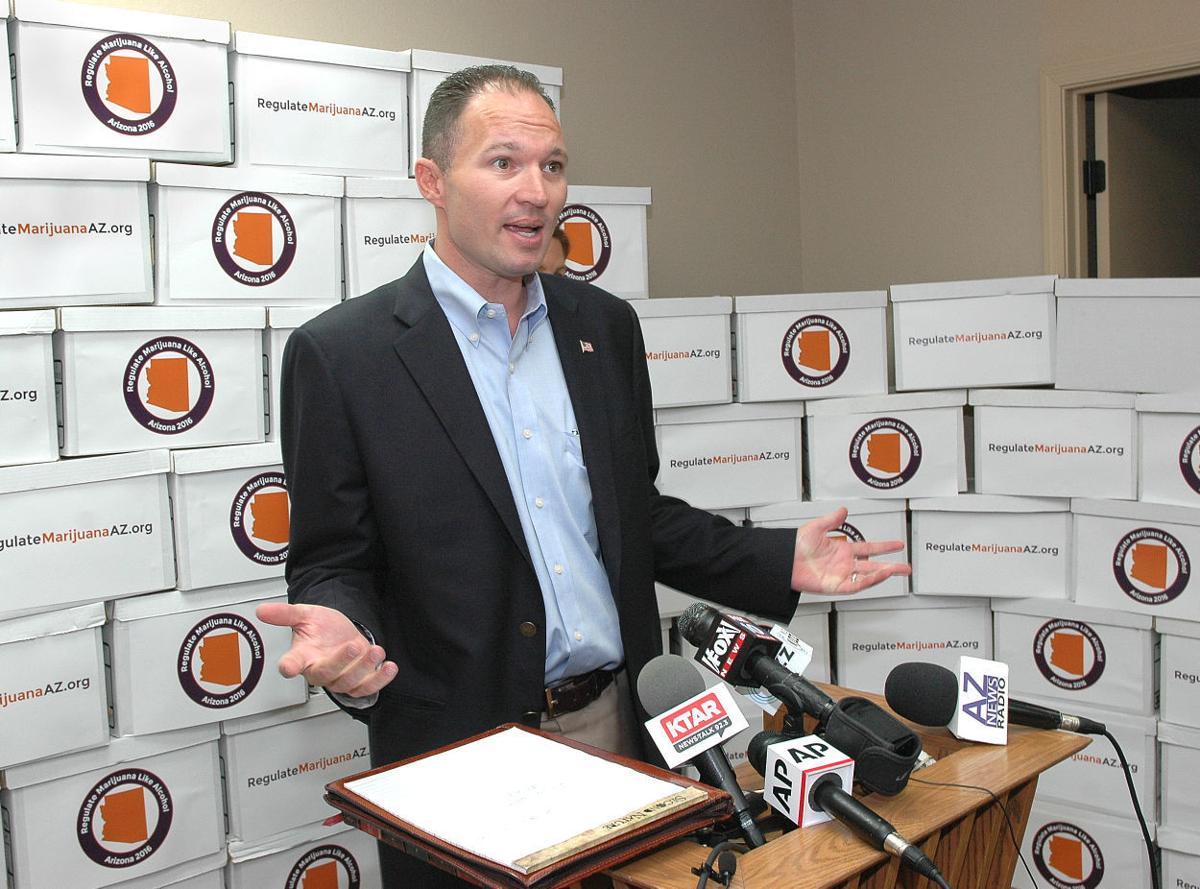