PHOENIX — If your Arizona driver’s license expires April 1 or later, you’re going to have to decide whether you trust the federal government with your information.

And your decision will be emblazoned onto your license.

That’s essentially what’s going to happen when Arizona starts issuing licenses that comply with the federal Real ID Act. Those are the documents that meet certain security and background standards that let you get on a commercial aircraft and enter certain federal buildings.

Unlike residents of some states, Arizonans don’t actually have to get one. State lawmakers voted earlier this year to make it voluntary.

But here’s the thing: The Real ID-compliant licenses for those who provide the additional documentation — and whose records are checked with federal databases — will look different than those who opt out.

Ryan Harding, spokesman for the state Motor Vehicle Division, said it’s not yet clear what notation will be on those licenses the U.S. Department of Homeland Security will honor. But what is clear is that licenses that do not meet the federal standards will include the words “Not for Federal Identification” on the front.

Harding said that indication will have no immediate effect.

He said the arrangement his agency has with the Department of Homeland Security requires the federal government to honor all Arizona licenses through Sept. 30, 2020, for all purposes. That includes both those licenses specifically marked as not for federal identification as well as those held by Arizonans still using licenses issued before April 1.

Come Oct. 1, 2020, though, anyone without a license containing specific markings as being compliant with the federal requirements won’t be able to get into certain government facilities. And forget about flying.

What’s behind all this is the Real ID Act of 2005. Passed in the wake of the attacks by terrorists who commandeered U.S. aircraft, it requires states to have licenses that comply with certain security requirements.

Nothing in the federal law can force Arizona to comply. And state legislators approved a measure in 2008 prohibiting the MVD from producing a Real ID-compliant license.

But some legislators became concerned earlier this year when Homeland Security said it will begin enforcing a key provision of that federal law in 2016, allowing people to board aircraft only if they first show an identification the agency has decided is “secure.” Arizona licenses are not.

That would leave Arizonans having to obtain a passport and carry it on all flights as the only other viable option. Inconvenience aside, a passport costs $110 plus a $25 application fee; expedited consideration adds another $60.

So Sen. Bob Worsley, R-Mesa, crafted a measure requiring the MVD to create a license that meets the federal requirements — but not actually requiring any Arizonan to have it. And that gave the MVD the entree it needed to ask Homeland Security to delay the no-fly provision for non-compliant licenses.

Harding said the federal agency informed the MVD that Arizona will get that delay until 2020 if it has compliant licenses available by April 1.

In any event, at some point all Arizonans are going to have to decide whether to get a Real ID-compliant license or, for non-drivers, a state-issued identification card.

It starts with that question of Arizona sharing information with the feds.

It was then-Rep. Judy Burges, R-Skull Valley, now a state senator, and former Sen. Karen Johnson, R-Mesa, who spearheaded the original 2008 state ban on issuing such licenses. Johnson called the licenses an unwarranted intrusion into privacy, rejecting arguments the new licenses are necessary for security.

“If you want to give up your liberty for security, you’re going to end up with neither one,” she said.

There was also the concern that the new licenses would be embedded with a radio-frequency-identification chip that could be read by nearby scanners.

“They could embed RFID readers in federal buildings and anywhere,” Burges said in opposition to the chips. “And they can, in essence, track you as a citizen everywhere you go.”

With that in mind, Worsley chose to sidestep the controversy: He put a provision into this year’s legislation specifically barring the use of RFID technology.

But there are other issues that may help Arizonans decide which kind of license they want.

The MVD says it is still trying to determine what surcharge, if any, to put on Real ID-compliant licenses. But licenses will cost more if for no other reason than they have to be renewed every eight years; regular licenses can be good until someone turns 65, though new photos have to be taken every 12 years.

There’s also what might be considered a hassle factor. Applicants not only have to show up in person, but will have to produce some evidence of legal presence in this country that the federal government recognizes, like a birth certificate or passport.

Harding said the MVD will then be required to verify the information by linking to federal computers — the sharing of information that has bothered some legislators and led to making the enhanced licenses optional.

Legislation would allow some vertical licenses to be accepted.

Lawmaker said proposal is aimed at law that allows for holding a person without trial.

Arizona seeks waiver to create its own secure driver's licenses

State asks for a federal waiver to clear the way for optional Real ID-compliant driver's licenses. 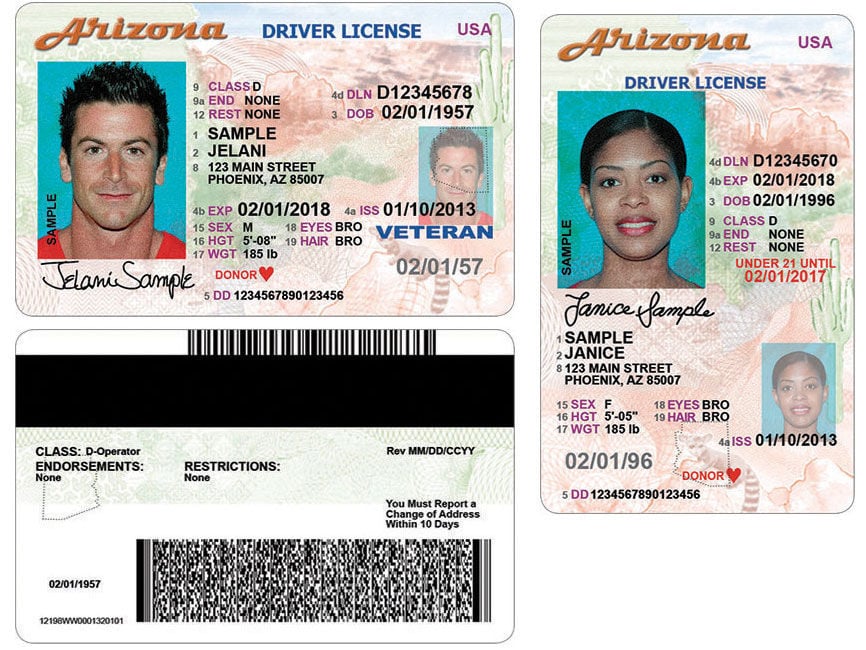 Real ID licenses would differ from current ones, above. 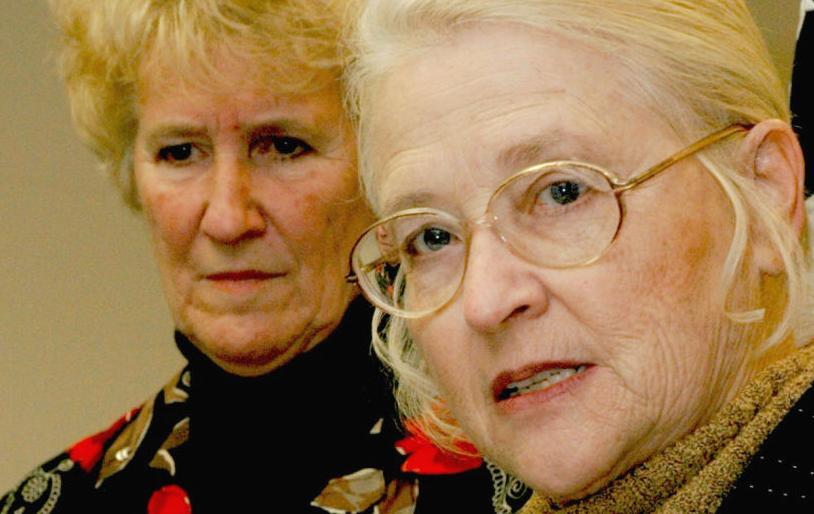