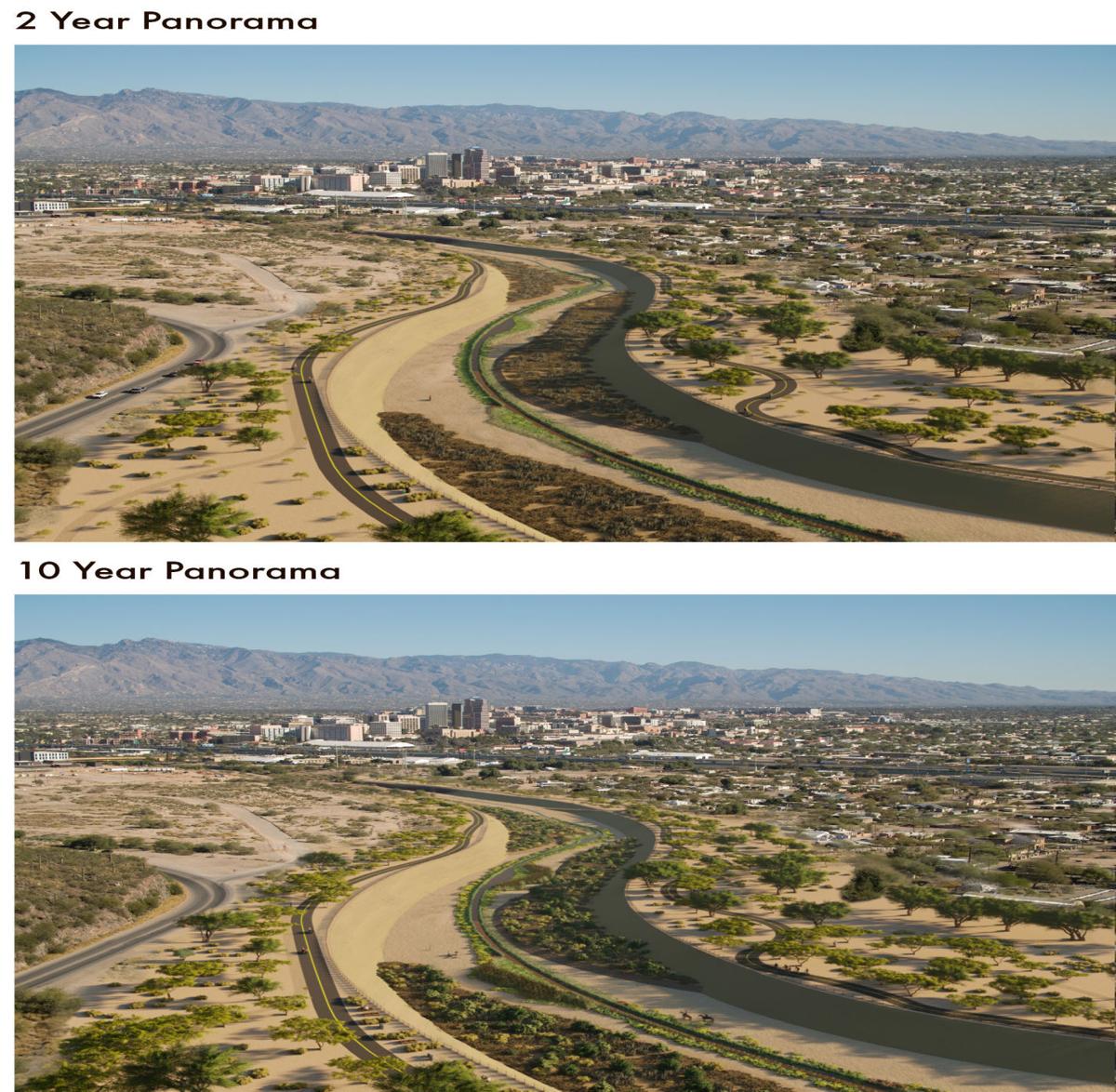 Artist renderings of what Tucson Water thought the river would look like two and 10 years into the Santa Cruz River Heritage Project. 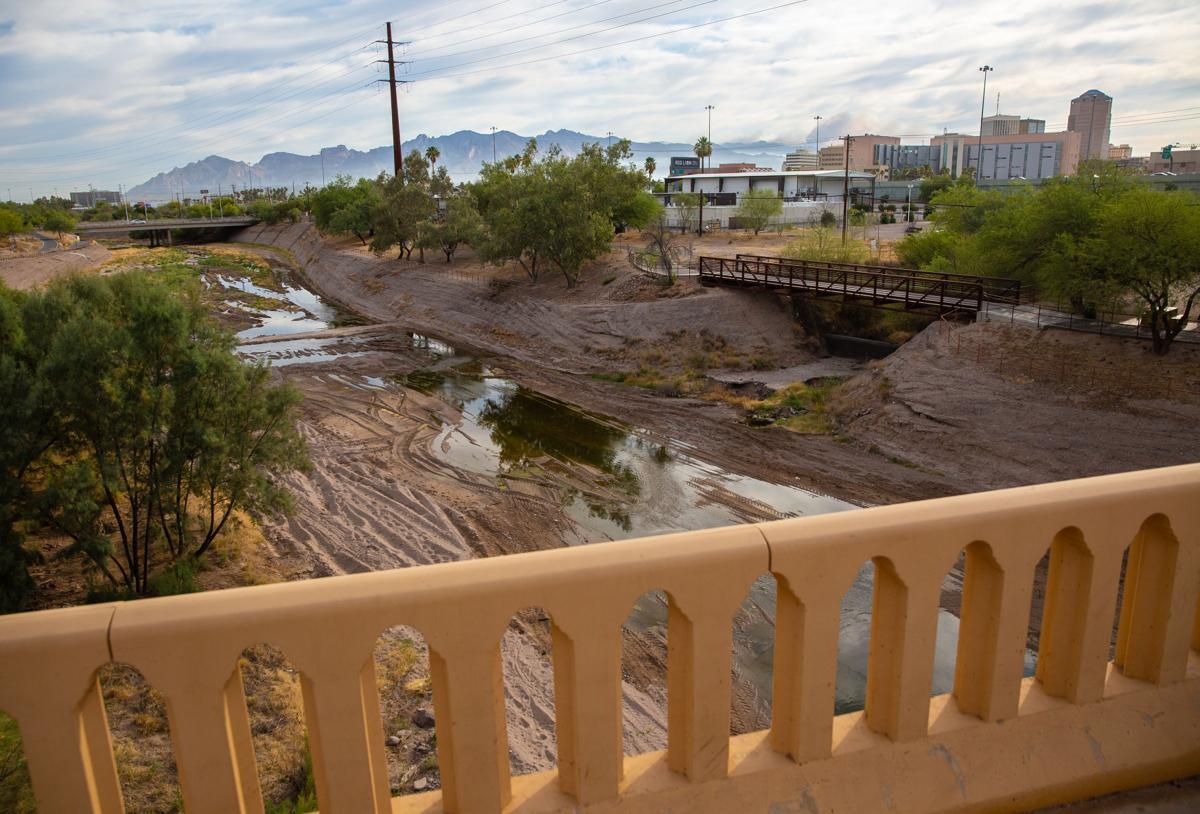 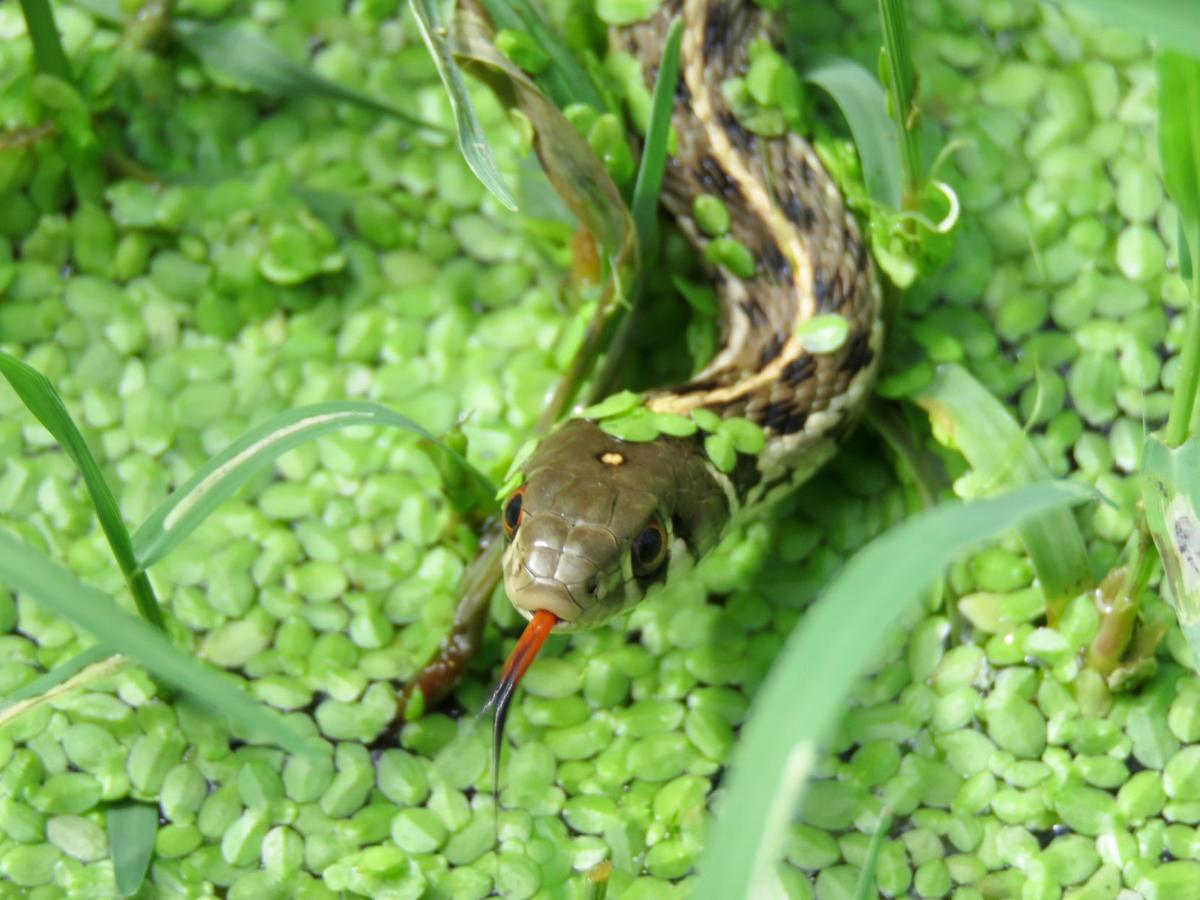 A checkered garter snake at the Heritage Outfall Marsh. 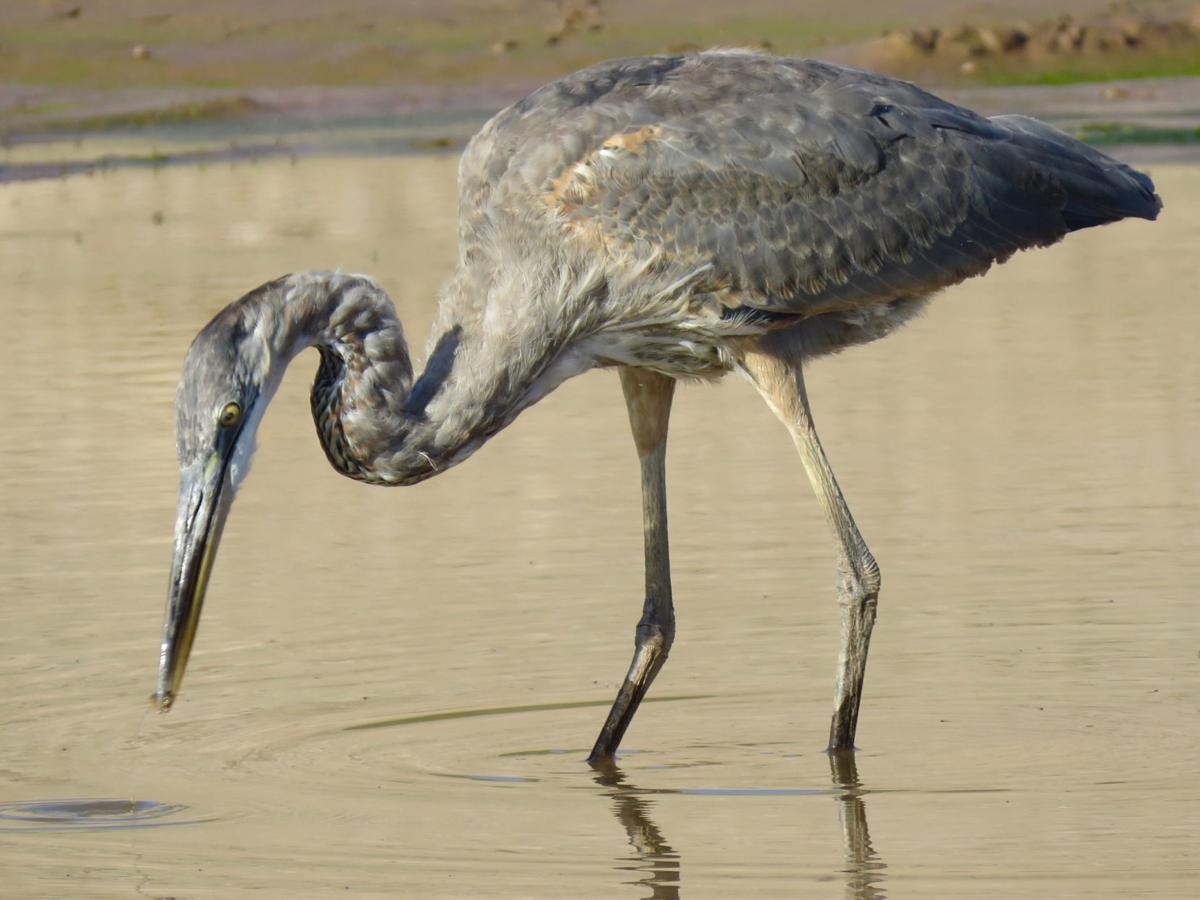 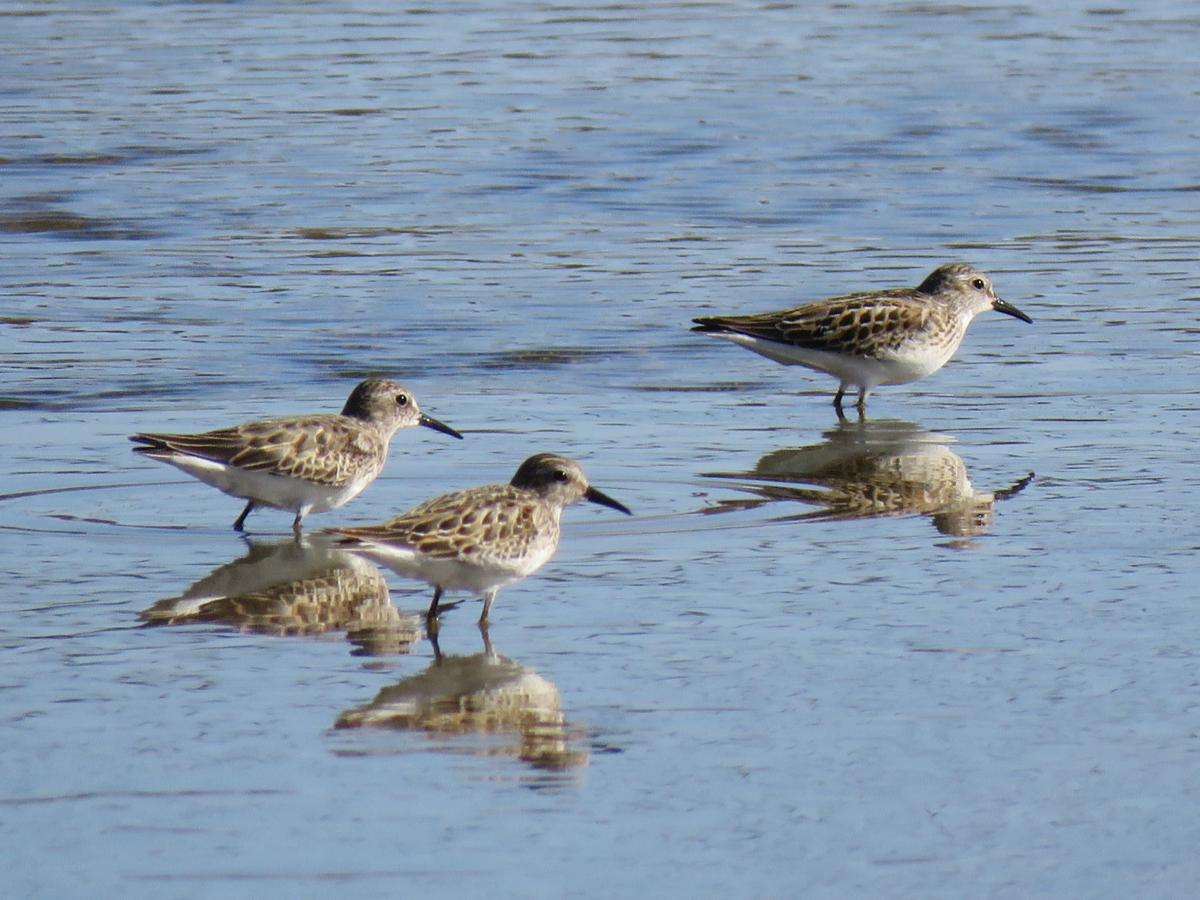 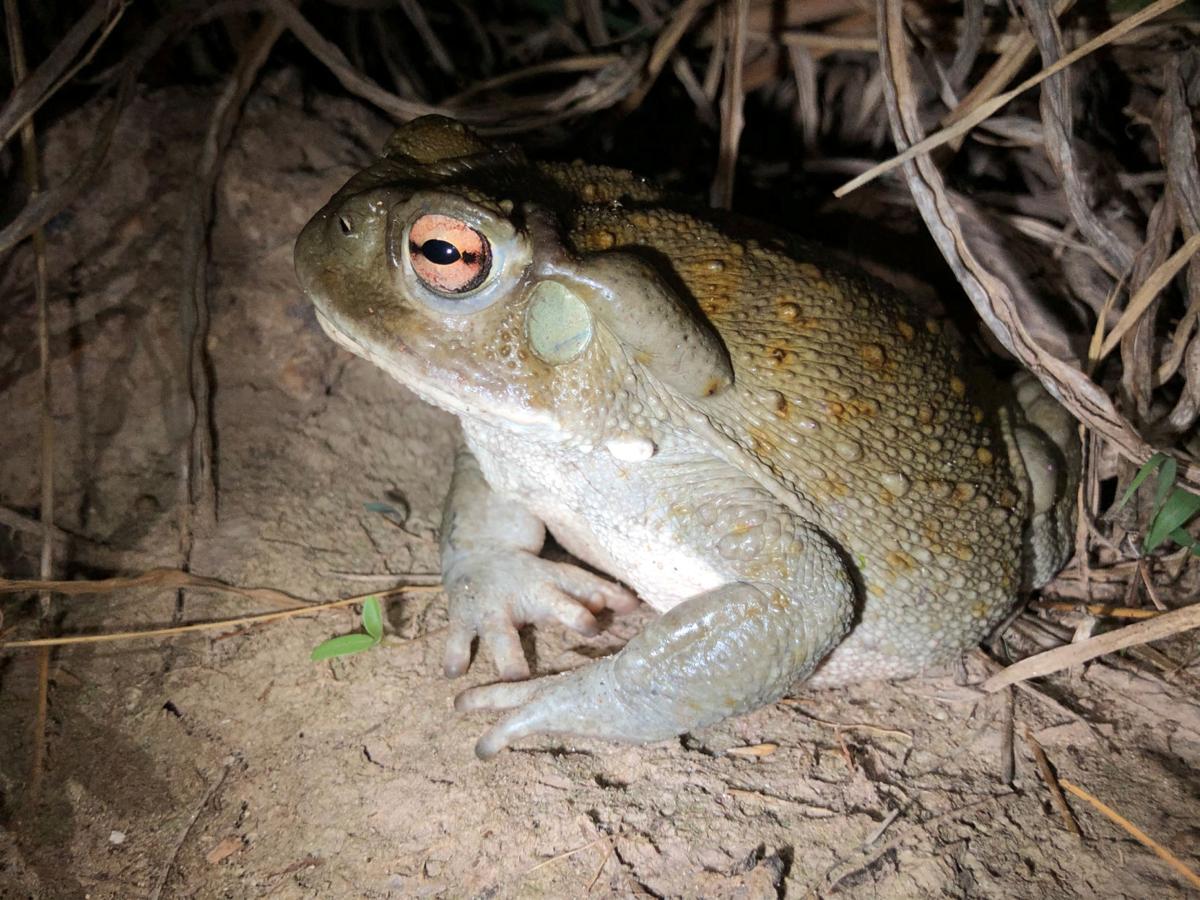 A Sonoran desert toad under the Cushing Street bridge.

What city officials do to restore a dead river, an old landfill can take away.

Reclaimed water releases into the Santa Cruz River have been slashed for the second time this year to ensure rising water levels in the underlying aquifer don’t leach out contaminants from a neighboring landfill.

The cutback of nearly 60% in releases that started early this month leaves the much-heralded Santa Cruz River Heritage Project with an uncertain future.

The effluent releases into the river, which started nearly 15 months ago, have fluctuated a number of times since then for various reasons. Today, it’s not clear what the long-term river flow will be or even what city utility officials want it to be.

These alternating cuts and restorations of river flows have happened at the same time the public has flocked to the once-dead river to see water where it hadn’t run for 70 years except after floods.

The revived river has drawn walkers and bicyclists to the neighboring, concrete Loop path in larger numbers than before. Birds, toads, coyotes, dragonflies and other wildlife also have gathered, restoring a bit of the Santa Cruz’s riparian setting that had disappeared when groundwater pumping dried the river up three generations ago.

But there is at least a possibility that water flows in the river will not again attain — at least not for the long term — the levels released into the river when the project was launched with considerable public fanfare in June 2019.

The reason is that despite prevention efforts, the underlying aquifer north of 22nd Street has risen again to a point raising concerns that recharged river water could undercut the old “A” Mountain Landfill.

That could release chemical contaminants into the environment. The old landfill lies immediately west of the river, between West Cushing and West 22nd streets.

The amount of water gushing into the river through a pipe just north of 29th Street has now dropped from about 1,900 cubic feet per second during most of the summer to around 800 cubic feet per second. The northbound river was running to almost halfway between Speedway and Grant Road but now peters out between Congress Street and St. Mary’s Road.

Water releases were cut to 500 gallons per minute in late February for the same reason. They were eliminated in the spring for a county sediment removal project and restored to their original level in early June when that project was finished.

Now, utility officials say they will continue to monitor groundwater levels under the river and adjust releases accordingly. They are otherwise vague about future release levels.

A retired federal engineer who has long been a critic of this project, Eric Holler, praises the utility’s action as “prudent” but says it shows the project’s original planning was flawed.

It’s unlikely the city will ever be able to restore releases to their original levels for an extended period, said Holler, who had warned from the start that the landfill could pose a problem.

While one of the project’s prime purposes was recharging water into the aquifer, the recharge occurring at 800 gallons per minute is “inconsequential,” Holler said.

The Heritage Project “is a great vision, but it’s in the wrong location,” he said.

Tucson Water, however, doesn’t view this cutback as a problem.

“We monitor and make adjustments at Heritage just like we do at all other recharge projects we operate,” Molina said. “This project has always been about multiple benefits, with recharge being one of them. The environmental/ecological benefit was another.

“We believe we have accomplished what we set out to achieve,” Molina said.

A University of Arizona biologist who has monitored wildlife’s return to the river, Michael Bogan, says this project still can be an ecological success. Even now, the river runs farther north than officials had hoped for in June 2019 when the releases started, he noted.

Since releases resumed this June, the number of dragonfly and damselfly species seen along the river hit about the same level — 29 — as in summer 2019, Bogan said.

“I would love to see as much water as possible going down the river, but I know they are operating within the constraints of the landfill. There’s not much they can do about it,” Bogan said of Tucson Water officials.

Tucson’s dilemma with the Santa Cruz River Heritage Project involves the landfill operated well over a half-century ago by the city itself.

From 1953 to 1962, the “A” Mountain Landfill received mainly residential garbage, said a 2015 report on the dump written for the Rio Nuevo redevelopment project that now owns it.

“There were no site restrictions and so-called “wildcat” dumping of hazardous materials may have occurred,” the report said.

A survey conducted in 2000 found that refuse was “prominent” over an area of 31.4 acres, going as deep as 45 feet thick underground, the report said. The deepest and thickest sections of trash were in areas of the landfill lying very close to the river.

Groundwater monitoring under the landfill since 2000 has found many toxic chemicals there. None were at levels exceeding state standards for aquatic water quality, the report said.

Tetrachloroethene, a common dry cleaning compound commonly called PCE, is one carbon-based chemical found under the landfill. Others include 1,4-dichlorobenzene, cis-1,2-dichlorethene, methylene chloride and toluene. Nitrates, commonly linked to wastewater discharges and agriculture, have also been found at low levels there.

The risk is that if river water reaches as high as the trash, that could mobilize pollutants there, sending higher levels into the groundwater or river, said Holler, a retired U.S. Bureau of Reclamation engineer.

“I was shocked at how close the landfill is to the river and the monitoring well that the city is concerned about,” he said.

Well levels there are governed by the city’s permit to operate the Heritage Project. Granted by the Arizona Department of Water Resources, the permit requires water levels in the underlying aquifer to rise no higher than 10 feet below the landfill, or about 50 feet underground.

Last winter, the water level reached 61 feet below ground. On Sept. 3, the day releases were cut again, it reached 63 feet and 8 inches below ground.

At the time Tucson Water first cut its reclaimed water releases, utility officials said they hoped the rising water would be eased by the county’s sediment removal work.

First, they pointed to plans by the county to build notches in several major, concrete-grade control structures that try to prevent river flooding — notches that would allow the water to flow faster and not form ponds. Second, they hoped the county’s plan to slant the river channel to force water into the center would let it run more smoothly, reducing infiltration.

But Holler warned back then that removing the sediment would clear a path for the river water to seep into the aquifer more quickly, increasing the risk of undercutting the landfill.

Asked whether the rising water levels showed Holler was right, Tucson Water’s Molina said: “There has always been a presumption that sediment removal would impact infiltration rates.

“Only three months have passed since that work has been completed, and we will need more time to assess the impacts that longer-term seasonal flows might have on … the channel,” Molina said.

Split verdicts on the project

Asked about the city’s plan for future releases, Molina said the original plan for the project was always “to have generally continuous, but certainly variable, flow.”

Holler, however, said that three years ago, during the planning stages, “we asked Tucson Water about those landfills, their response was ‘Hey, it’s not a problem.’ They blew us off.”

He likened efforts to keep the aquifer under the river from rising too high to “threading a needle, figuring out how many angels can you draw on the head of a pin with a laser.”

But UA’s Bogan says the downtown was a fabulous place to run reclaimed water because historically, the river long had a naturally perennial reach there.

Holler and Bogan are both right, said local environmentalist Christina McVie, who has long favored river restoration and calls this an excellent test case.

“Anytime you have habitat enhancement, that is not ever a bad thing,” McVie said.

Across Pima County, 22,511 cases of coronavirus have now been confirmed, up 93 cases from the day before.

Artist renderings of what Tucson Water thought the river would look like two and 10 years into the Santa Cruz River Heritage Project.

A checkered garter snake at the Heritage Outfall Marsh.

A Sonoran desert toad under the Cushing Street bridge.