The storm brought more than two inches of rain to the area within a very short amount of time. According to the website, the site, which is located at 8001 North Scenic Drive, hasn't seen this much flood damage since 1983.

Alison Boelts, one of the property's caretakers, said roads, trails, and pedestrian bridges have been damaged. Plants were also pulled out of the ground, cluttering walkways.

Other than being a sight for sore eyes, the storm also caused bigger problems, including erosion to roads and bridges within the facility. The main road leading to Sanctuary Cove, North Scenic Drive, was also damaged. Boelts says it's still drive-able but isn't as safe as it should be, due to debris and mud along the roadway.

The majority of the damage affected the grounds outdoors. Boelts says Sanctuary Cove's three main structures were not damaged since they sit on higher ground. Their popular labyrinth also suffered no damage.

Boelts and her husband were on property when the storm rushed in. She said no guests were there and no one was injured.

Sanctuary Cove is currently closed for safety reasons. It is unknown when the facility will reopen, however, Boelts says, "It's critical we get this done as soon as possible."

The organization behind Sanctuary Cove is asking for any donations to help repair the damage. People willing to volunteer with the clean-up and repair should contact the facility at 465-7645.

During the summer, it’s fun to enjoy the great outdoors. But during monsoon season, its best to keep an eye out for flooding, and also lightning .

There is up to an 80 percent chance of thunderstorms in the mountains today.

Most of Pima County has received above-normal rainfall during this year's monsoon season so far.

Expect a day of sunshine and warmer temperatures.

Most rainfall will hit east and south of Tucson today. 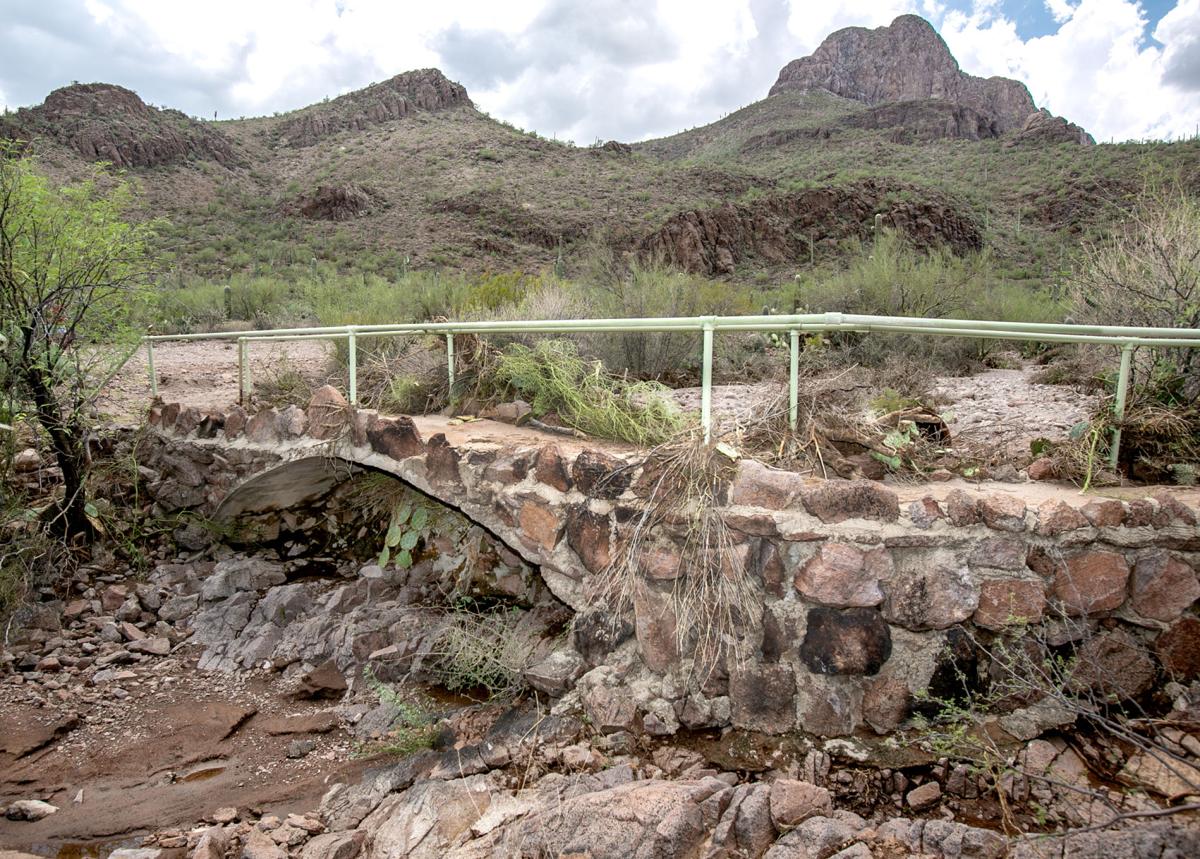 The damaged foot bridge leading to the chapel at Sanctuary Cove in Marana, AZ is clogged with debris on Thursday, July 12, 2018. Tuesday’s monsoon storm filled plugged the wash under the bridge and sediment backfilled on the other side of the path. 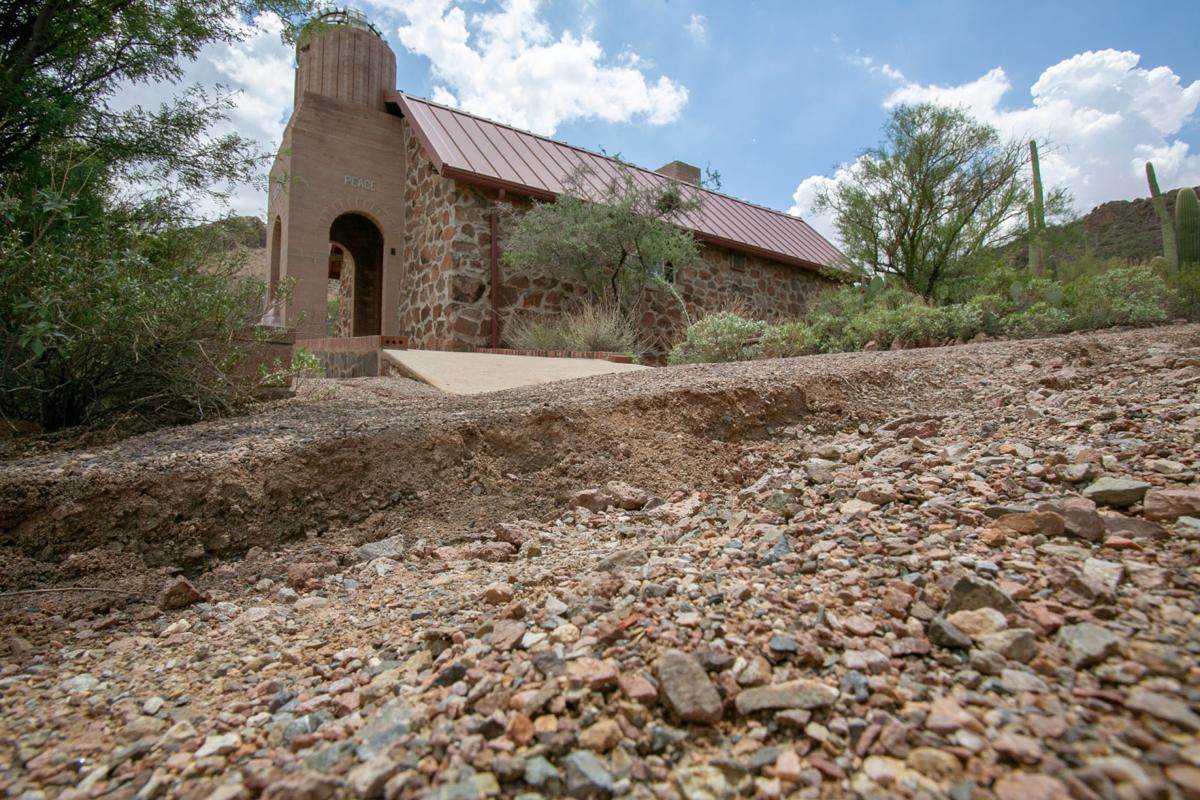 Tuesday’s flood waters left several trail paths, including this trail by the chapel, eroded at Sanctuary Cove in Marana, AZ on Thursday, July 12, 2018 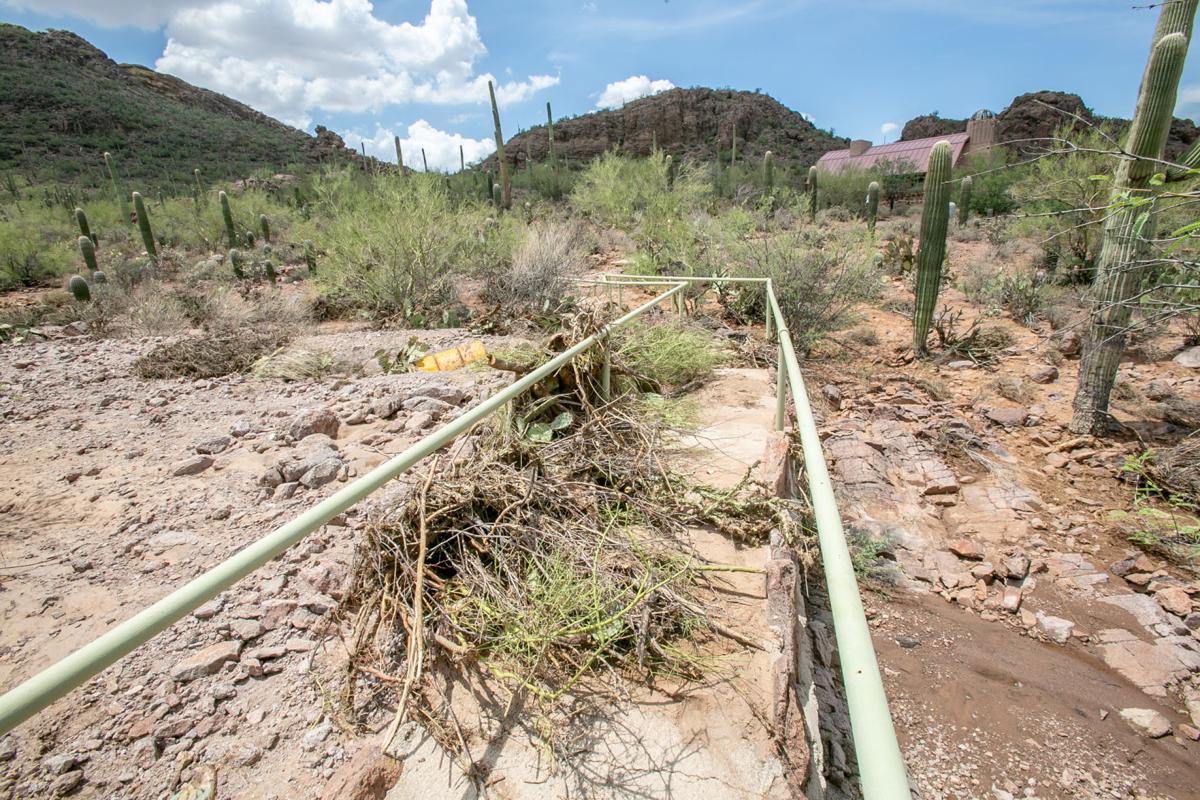 The foot bridge leading to the chapel at Sanctuary Cove in Marana, AZ is clogged with underneath with debris from Tuesday's Monsoon storm on Thursday, July 12, 2018. The blockage left the wash in the upstream side filled with soil on the left and the wash bottom on the right. 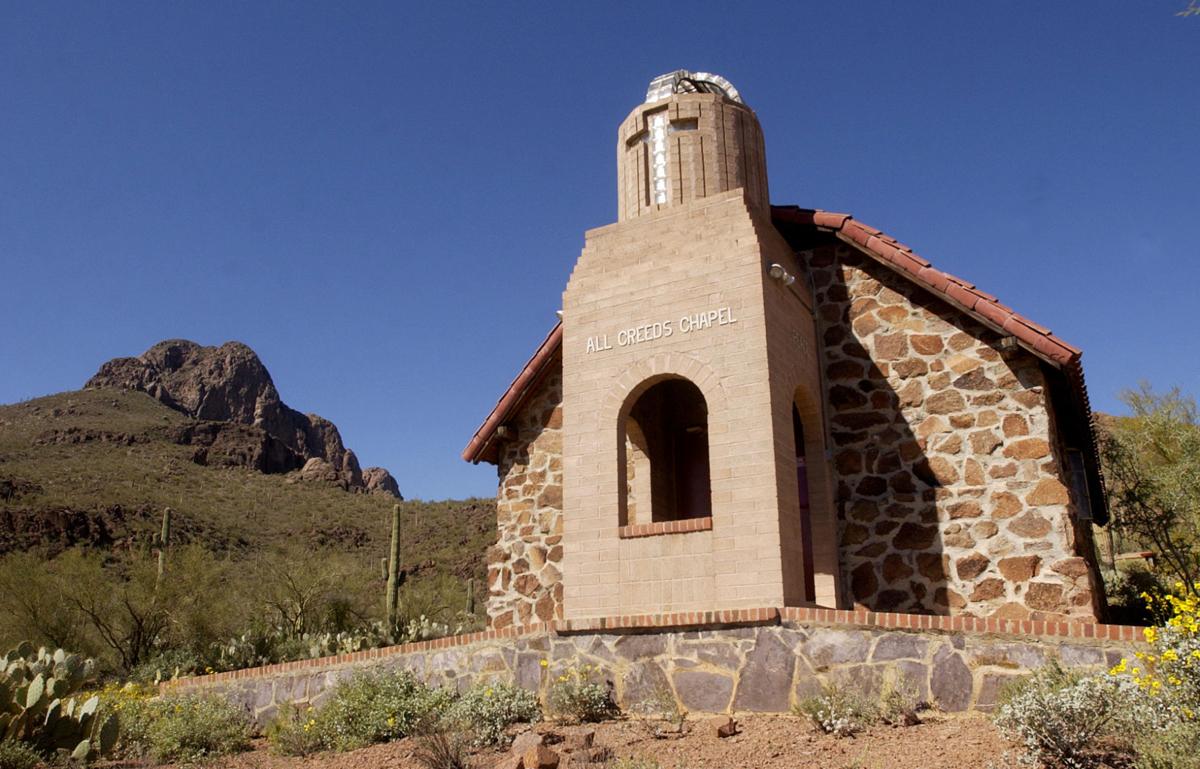 The All Creeds Chapel on the Sanctuary Cove in 2003. 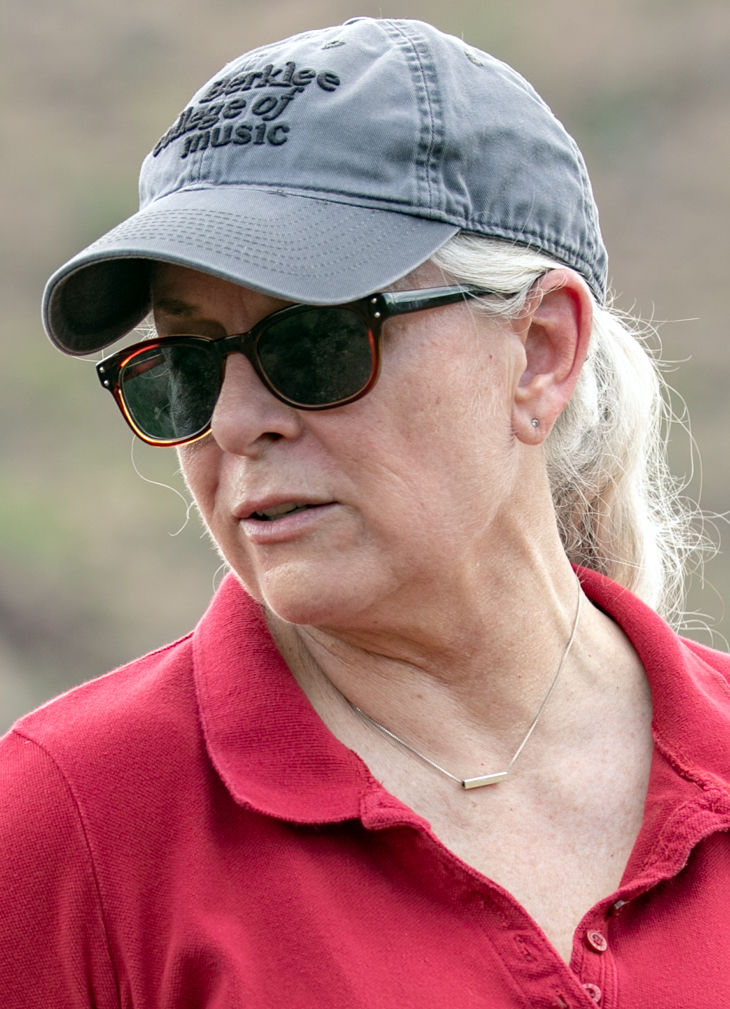