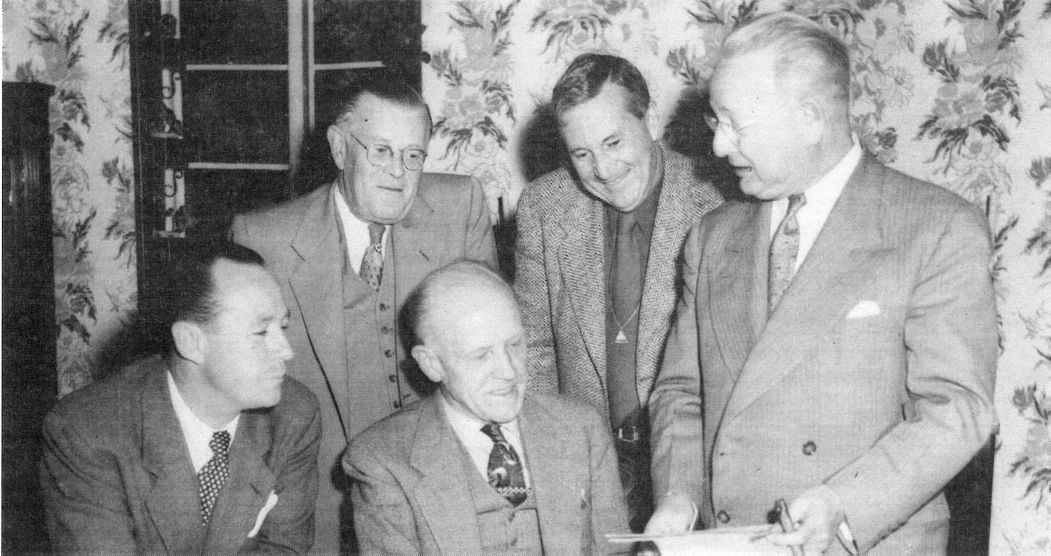 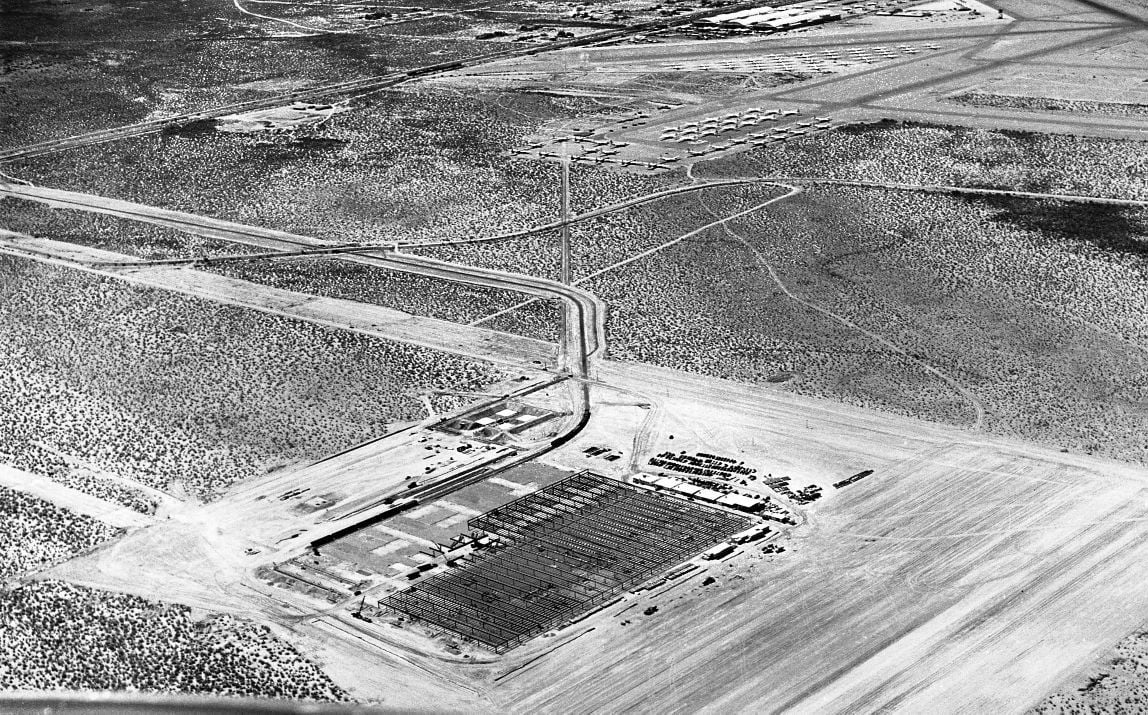 Hughes Aircraft plant under construction south of Tucson in June, 1951. Photo taken facing northwest. Building in the center is now known as Building 801. Graded area south of the train tracks is about the location of Hermans Road. It is now Raytheon Missile Systems. 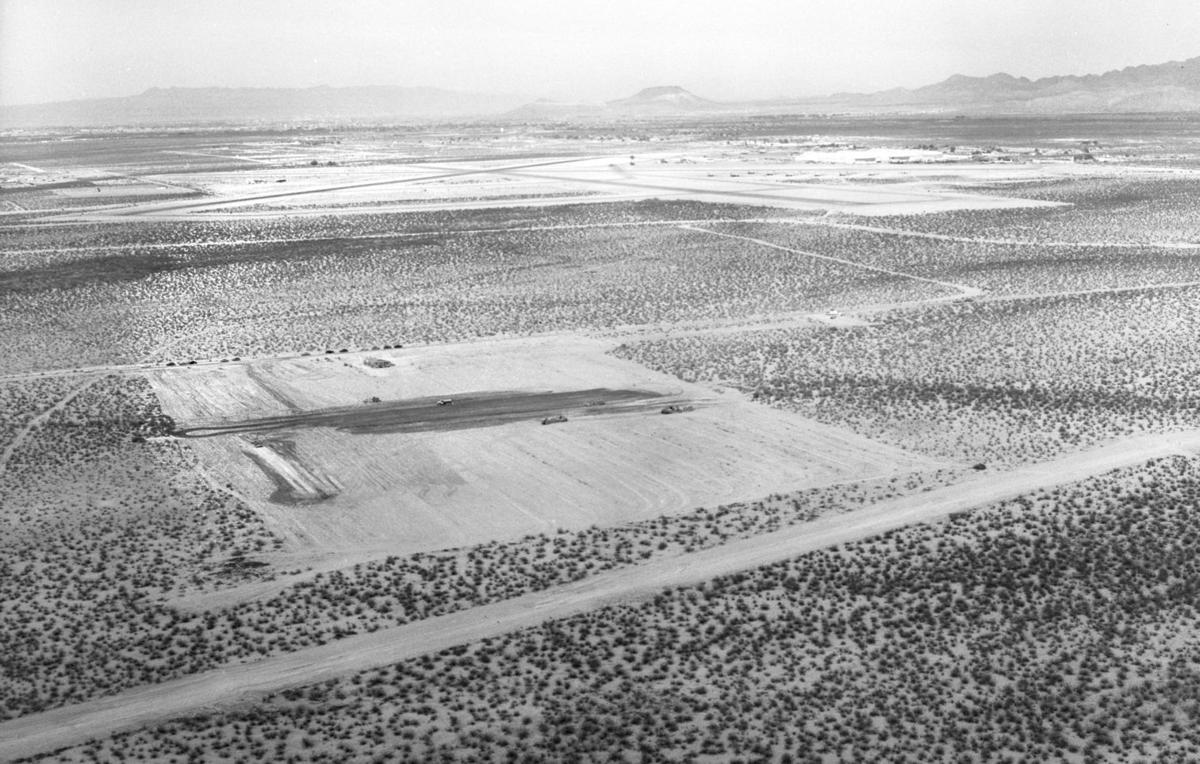 Hughes Aircraft plant under construction south of Tucson in February, 1951. It is now Raytheon Missile Systems. 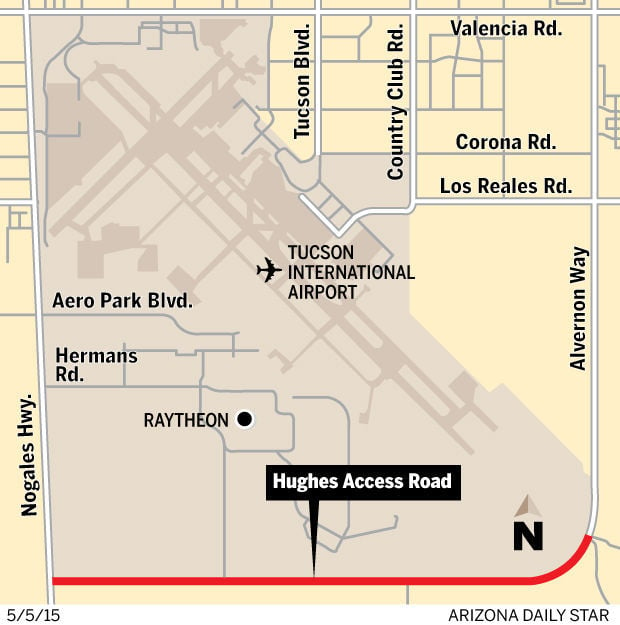 Denver, Colorado, architect Axel Johnson tried twice to make a construction business fly, starting with the day in 1947 when he walked into Roy Drachman’s downtown Tucson real estate office, looking to rent office space to set up a construction company.

And he failed twice, due to lack of financing.

But he wasn’t ready to give up on making Tucson his home. He told Drachman, with whom he had become close friends, that he would get a large company to establish a plant here and become its manager.

Before long, Johnson was offered a job as head of construction for Hughes Co., in Los Angeles. Part of his job was to design a large plant in a still-unchosen city several hundred miles from the Pacific Coast.

The impetus for a new electronics/missile plant was Howard Hughes’ long-held fear that his plant in Culver City, California, was vulnerable to enemy attack because it was on the Pacific Coast. This anxiety was in part due to the Korean War, which began June 25, 1950.

Johnson worked secretly, with Drachman and the Tucson Chamber of Commerce, to have brochures and other literature expounding the benefits of relocating to the Old Pueblo sent to decision-makers in Hughes Co.

On Jan. 12, 1951, Drachman began a 10-day tour between Phoenix and Tucson, with executives of the Hughes Co., to locate land for a new plant. Several cities were being considered.

The executives were suspicious that people wanted to know what they were up to. When meetings were held in Tucson, they were held at night, usually at a hangar at the airport or at the home of the Tucson Airport Authority Chairman Monte Mansfield in El Encanto Estates.

At some point early on in the negotiations, Tucson Mayor Joe Niemann, Pima County Board of Supervisors Chairman J. Homer Boyd and Chamber of Commerce Secretary Ed Goyette were brought up to speed and sworn to secrecy.

When word got out that Hughes Co. representatives were leaning toward a 1,800-acre area in Phoenix as the plant site, land prices in that area shot up by $600 to $1,000 an acre within four days. This sudden increase in prices helped convince the already-nervous company negotiators that Drachman’s bias toward the Old Pueblo was justified.

The money would, in turn, be spent by the TAA to help build a paved taxi strip from the airport to the plant site, construct a 1.5-mile railroad spur from the Southern Pacific Railroad (Nogales line) to the plant, and build a waterline from airport wells to the plant’s property line.

After Drachman obtained options on 32,000 acres of raw land around Tucson, in addition to the purchase of land south of the airport, the company felt it was time to announce its intention to build a plant in Tucson.

On Feb. 2, 1951, the Arizona Daily Star announced that “Howard Hughes will build a multimillion-dollar defense plant — manufacturing guided missiles — in Tucson. …The Del E. Webb Construction Co. … has been given the contract.”

By dusk that same day, bulldozers had cleared a road from Nogales Highway to the job site, materials for the plant had been unloaded and ground had been broken on the largest industrial development in Tucson’s history, on land south of the municipal airport.

By Feb. 21, 1951, the company had set up a temporary office on the second floor of the terminal building at the municipal airport.

The first Hughes Co. operation in Tucson began on July 16, 1951, when a small number of trainees began receiving paid instruction in the assembly and testing of electronics at the company school, in a renovated warehouse on the west side of the airport.

During the summer of 1951, as sections of the massive plant were completed, the Hughes Co. began using them for training, as well as for manufacturing. The first electronic components produced at the still-unfinished plant were radar nose assemblies for the Northrop Corp.’s F-89 Scorpion fighter.

On Aug. 25, 1951, members of the Tucson Kiwanis Club toured the building, which was still under construction. An auto caravan drove them through the large doors and across the concrete floor, where they watched workers build the walls.

South of the plant, workers were setting up power and telephone poles. A 12-inch sewer line had already been connected to the city disposal system on South Sixth Avenue.

On Sept. 10, the commanding general of the U.S. Air Force ordered the plant to be purchased by the Air Force. On Sept. 28, 1951, the Hughes Tool Co., the parent company of Hughes Aircraft, agreed to the sale.

The purchase was part of the federal government’s policy at the time of owning newly built defense plants while allowing private enterprises to run them.

The new security chief of the Hughes plant, Mr. Weld, spoke about the potential vulnerability of the new site on Oct. 27, 1951: “With plant construction entering its final stages, there’s no room for prying eyes and unauthorized visitors. … Espionage isn’t a fictional device; it’s an actual menace, even here in Tucson. … There are about 158 active Communists in Arizona, and their danger exists in their espionage systems, not their political ideology.”

In mid-December, Roy Drachman wrote in his company’s newsletter, the Realty Digest, that the Hughes plant had been completed and was in operation, but Hughes officials were unwilling to confirm the status of the plant.

On Dec. 31, 1951, the title to the Tucson plant and approximately four sections of land in its immediate area were deeded to the Air Force.

Street Smarts author David Leighton is looking for Hughes employees who worked at the Hughes plant from 1951 to 1953. Contact him at Streetsmarts@tucson.com or call the Arizona Daily Star at 573-4177. 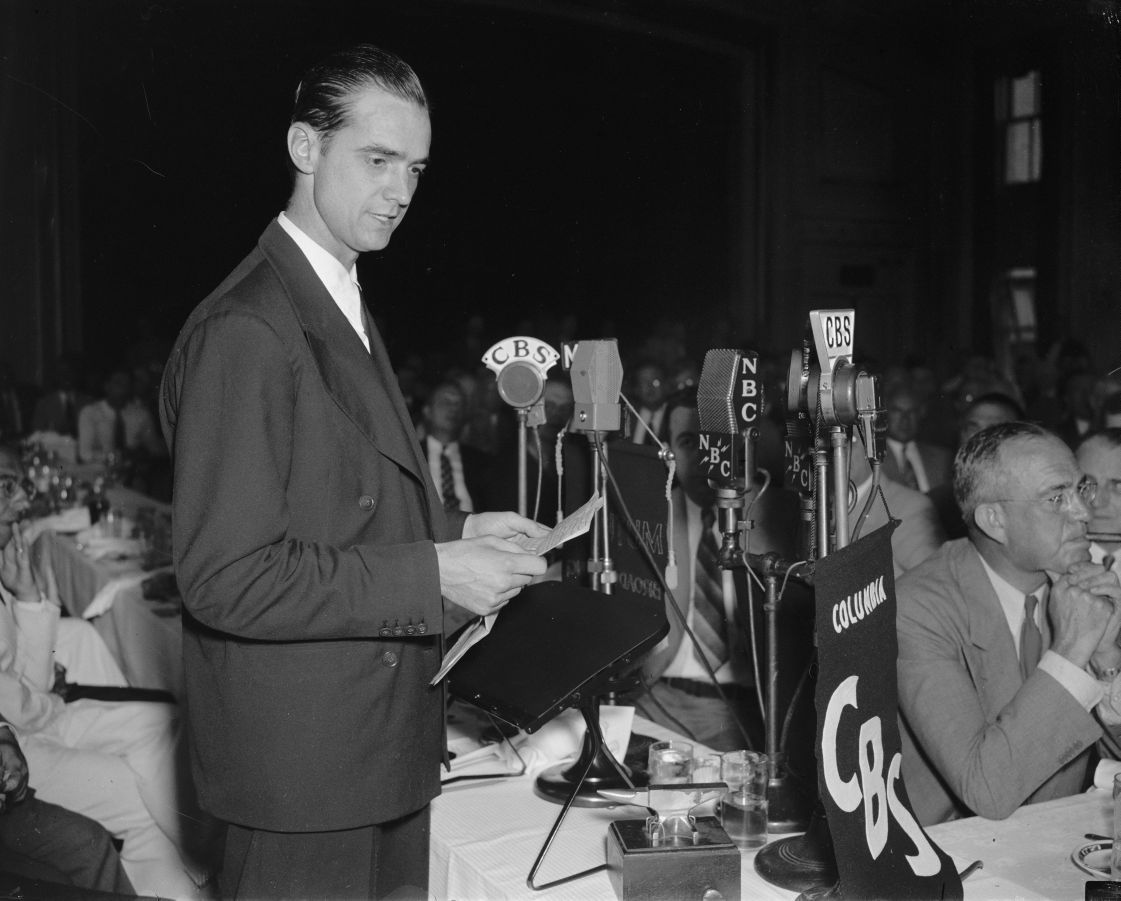 Howard Hughes speaking at the Press Club in Washington D.C. in 1938. Courtesy of the Library of Congress

Hughes Aircraft plant under construction south of Tucson in June, 1951. Photo taken facing northwest. Building in the center is now known as Building 801. Graded area south of the train tracks is about the location of Hermans Road. It is now Raytheon Missile Systems.

Hughes Aircraft plant under construction south of Tucson in February, 1951. It is now Raytheon Missile Systems.