Read Today's E-Edition
Share This
AZ should study biases in death penalty use, Pima prosecutor says
Share this
1 of 2 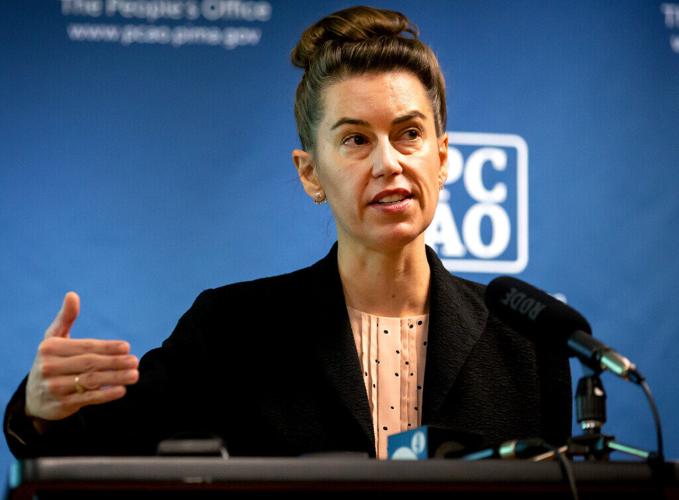 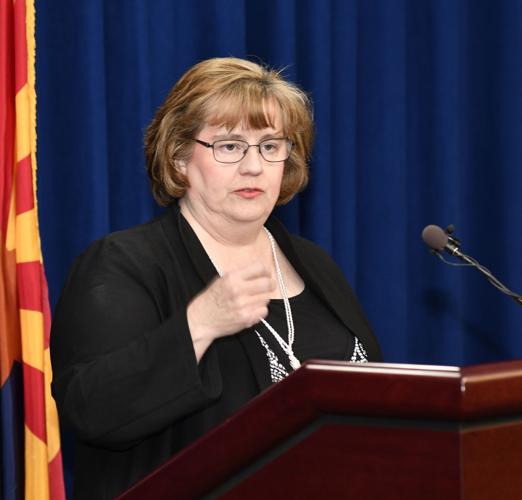 “I applaud them for looking at how it’s actually carried out,’’ said Pima County Attorney Laura Conover, referring to the decision by new Democratic Gov. Katie Hobbs to review the processes and procedures used by the Department of Corrections, Rehabilitation and Reentry to execute death row inmates. That includes what Hobbs said have been “botched executions,’’ including situations when prison employees had repeated problems in placing the intravenous line carrying the chemicals into the veins of condemned inmates.

In the interim, new Democratic Attorney General Kris Mayes, the only person in the state with the power to seek warrants to execute, said she will not do so until the study is completed.

But Conover told Capitol Media Services the study should be broader.

“The flaws in the death penalty are at the get-go,’’ said Pima County’s elected Democratic prosecutor. The heart of that is how decisions are made about which cases prosecutors seek the death penalty for and whether there are biases in both that decision and the ability of all defendants to get equal treatment, including by the juries who make the ultimate decision of life or death, Conover said.

But Rachel Mitchell, Conover’s Maricopa County counterpart, a Republican, said Tuesday she has not seen any such bias.

Even defendants who cannot afford private counsel are assigned “extremely experienced attorneys’’ and have the opportunity to have court-provided private investigators, Mitchell said. She also doesn’t believe race plays a factor at any stage, including the decision by jurors — who get the last word under Arizona law — whether to sentence someone to death or life behind bars.

Figures from Arizona prison officials show that 17 of the 110 inmates on death row, or about 15%, are Black. Blacks comprise less than 5% of the state’s population.

The data for those classified by the state as Mexican-American is a bit different, encompassing 22 condemned inmates, or 20% of the total.

However, that category, as used by the agency, encompasses only those born in the United States. By contrast, the Census Bureau, which puts the Hispanic population of Arizona at close to 31%, includes all in Arizona regardless of where they were born, a category that includes not just those of Mexican descent but also Puerto Ricans, Cubans and others.

“In terms of racial composition of death row, what you have to look at, as I do, is each individual case,’’ Mitchell said.

“I’m looking at facts of those,’’ she said, including what state law calls “aggravating’’ and “mitigating’’ factors that prosecutors and jurors can consider in determining whether the death penalty is appropriate versus seeking a sentence of life in prison. All that, Mitchell said, is to “make sure that case warrants the ultimate punishment.’’

Conover, however, said it’s not that clear cut.

“The data is clear across the country historically that both race and class play an absolutely unacceptable role in how it’s been applied, just leading to terrible outcomes,’’ Conover said.

“In other words, the concept of the death penalty being reserved for the ‘worst of the worst’ has not borne fruit,’’ she said. “The data shows that the race of the accused, the race of the victim, and then socio-economic class’’ all play a role.

Mayes also said the state needs to study more than what happens between the time someone is sentenced to death and the time the execution is carried out, the stated purpose of the appointment by Hobbs of a Death Penalty Independent Review commissioner. The issue goes beyond race, the attorney general told Capitol Media Services.

“In particular, I’m interested in knowing whether there are disparities between counties in Arizona in terms of who receives the death penalty,’’ Mayes said.

“It is beginning to look like the death penalty is only being sought in Maricopa County because Maricopa County can afford it,’’ she said, referring to the huge cost of prosecutors and defense counsel devoting years — and sometimes decades — of their time to just a handful of cases. “We need to understand that better before we go forward.’’

The statistics show that about 60% of Arizonans live in Maricopa County, the state’s most populous, versus close to 73% of death row inmates being sentenced from courts there.

About 14% of the state lives in Pima County. That closely tracks the percentage of its death row inmates.

But that is changing, with Conover, upon taking office in 2021, deciding not to seek the death penalty in any cases.

The balance of the 110 death row inmates includes six from Mohave County, three from Yuma County, two from Yavapai and one each from Coconino, La Paz and Pinal counties.

Hobbs, in issuing her executive order Friday to study the processes used to carry out executions, said she is open to looking at related issues such as whether the death penalty is imposed fairly.

“That’s certainly a conversation worth having,’’ said Hobbs, who took office this month. The governor said she “certainly would be willing to entertain further action on the broader issue of the whole process.’’

Mitchell, for her part, appears less than enthusiastic about even the narrower review promoted by Hobbs and Mayes, as it potentially delays the execution of 21 inmates who already exhausted their appeals.

“Families of those murdered by those sentenced to death walk a long and painful path,’’ she said. “For most, this is a journey that is decades long.’’

Mitchell sidestepped the question of whether she supports or opposes the study of the execution process, and the delay in the meantime in carrying them out. “I am doing neither,’’ she said.

What Mitchell said she does support is an “expeditious’’ study so that executions can resume and victims can have the “justice’’ she said they are promised in a 1990 voter-approved Victims’ Bill of Rights amendment to the Arizona Constitution, including a “prompt and final conclusion of the case after the conviction and sentence.’’

“It is my hope that as a state we will not abandon our promise of justice, because justice delayed is justice denied,’’ Mitchell said.

Conover, however, said she sees the issue of the time involved in capital cases from a different perspective — and one she and her prosecutors try to explain to survivors when informing them she will not be seeking the death penalty, she said.

“You have to tell them that their grief is raw and their needs are urgent,’’ she said. “But a homicide prosecution could take a year or two or three.’’

And with appeals and post-conviction legal proceedings in death penalty cases, she warns them “you may not see this case to resolution in your lifetime.’’

“And, frankly, it wasn’t uncommon for families to not want that and to say, ‘I don’t want to go that route,’ ‘’ Conover said, but rather to seek a more immediate and final action with a sentence of life behind bars without the possibility of parole.

She acknowledged there’s also a fiscal element to her decision to not seek the death penalty.

“You’re going to take your best and brightest and you’re going to write this blank check of taxpayer money and ask them to just pursue one particular case, ostensibly forever, for the rest of their career,’’ Conover said, given the decades a death penalty case takes.

One Arizona inmate — Ronald T. Williams, convicted of a 1981 murder during a robbery in Scottsdale — has been on death row since 1984. Two others have convictions that date back to 1989.

Hobbs has yet to name the commissioner for the study and has set no deadline for the report.

Arizona won't put people to death until a commissioner, to be appointed by new Gov. Katie Hobbs, reviews the process, the attorney general announced Friday.

With a new top prosecutor, chief deputy and criminal bureau chief, the Pima County Attorney's Office has already made major changes in the first few months of Laura Conover's administration.

Frank Atwood was pronounced dead at 10:16 a.m. Wednesday, 12 minutes after he was injected with a fatal dose of the sedative pentobarbital at the Arizona prison in Florence.

Arizona prepares for first execution since 2014

Clarence Wayne Dixon, who killed an Arizona State University student in 1978, is set to be executed on May 11.

Arizona Attorney General Mark Brnovich has set the wheels in motion for a fourth execution, which could come after he leaves office next month.

The line of royal succession explained with new baby news

The line of royal succession explained with new baby news