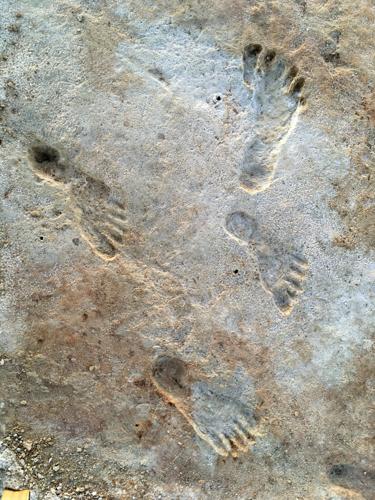 An illustration by Karen Carr shows people gathered around an ancient lake with mammoths and other ice age animals at what is now White Sands National Park in New Mexico. 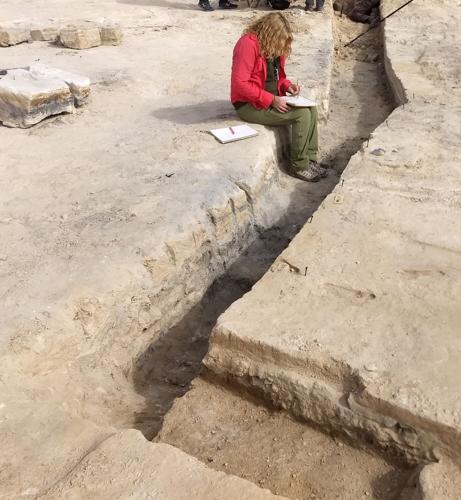 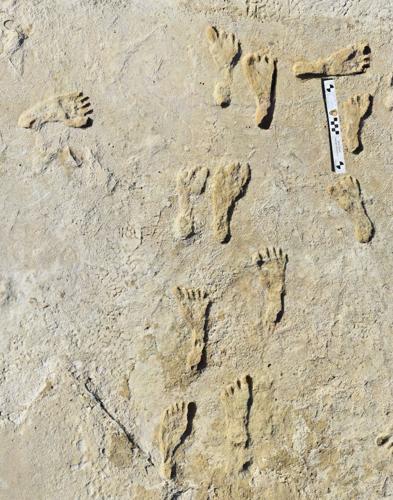 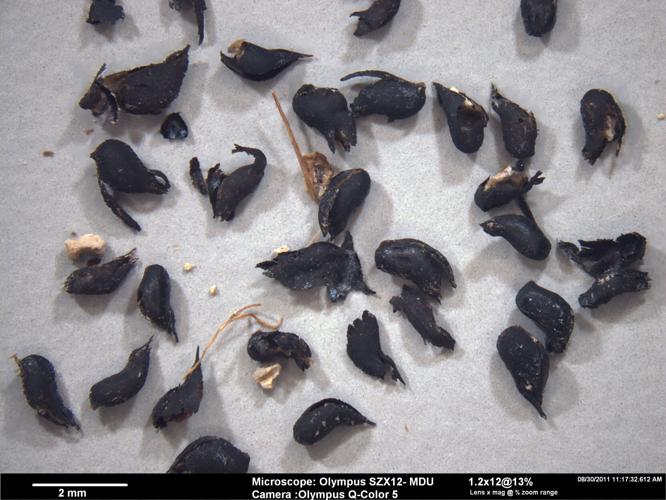 Radiocarbon dating was used to determine that these seeds came from ditch grass that grew more than 20,000 years ago, during the last ice age, at what is now White Sands National Park in New Mexico.

Fossilized tracks unearthed at White Sands National Park in New Mexico prove people were living in the Americas about 23,000 years ago, thousands of years earlier than previously known, according to a new study published in the journal Science.

The ancient footprints are turning the archaeology world on its head, and two University of Arizona researchers played a role in the discovery.

The findings are expected to roil a stubborn debate among scientists about the so-called “peopling of the Americas.”

The most widely accepted theory is that the Western Hemisphere was settled by North Asian hunter-gatherers who crossed a land bridge between Siberia and Alaska during the last ice age. Exactly how long ago that happened is an open question, bolstered by little archaeological evidence.

Some believe the Clovis people were the first to arrive no more than about 13,000 years ago. Others are convinced humans spread across the hemisphere thousands or even tens of thousands of years earlier than that, before North America was blocked by a massive ice sheet during what is known as the Last Glacial Maximum about 25,000 years ago.

Proof has always been the problem.

Holliday said many of the oldest sites have drawn skepticism for a variety of reasons. Were the rocks and bones collected there really fashioned by ancient human hands? Are they newer artifacts that somehow end up embedded in older strata?

In this case, though, the footprints are undeniably human, and their age appears to be well established.

“I’ve been working on the margins of this question for a long time,” said Holliday, one of 14 co-authors of the study published Thursday. “For my money, this is the best, earliest case for humans in the Americas, North or South.”

The tracks at White Sands were laid down along the shore of an ancient brackish lake that once filled the valley where the park’s famous dunes now stand.

Since 2009, park resource manager David Bustos and others have identified thousands of tracks that show not just the presence of people but their behaviors and how they shared the landscape with now-extinct ice age animals.

At one site, a set of small adult footprints extends for about a mile and is joined here and there by the prints of a tiny child, evoking images of a weary mother setting her toddler down to walk beside her for a spell.

Elsewhere, there are human and mammoth footprints that cross right over the top of each other and a scene, spelled out in fossilized mud, of people stalking a giant sloth.

“It’s kind of eerie what you can see in those tracks,” said study co-author Kathleen Springer, a researcher with the U.S. Geological Survey. “And there was a hint that (the tracks) might be old.”

To prove it, researchers focused on a set of exposed prints that disappeared into the side of a small rise.

First they used ground-penetrating radar to confirm that the fossilized tracks continued inside of the slope. Then in January 2020 they carefully trenched around the footprints to expose them and the surrounding layers of rock.

Finally, Springer and fellow USGS researcher Jeff Pigati collected ditch grass seeds embedded above and below the tracks and used radiocarbon dating to determine their age.

What came back was remarkable. The footprints were layered around — and in one case below — seeds that were buried in place between 21,000 and 22,800 years ago, suggesting two millennia of human habitation along the ice age lake some 10,000 years before the Clovis people.

Those findings aren’t based on a few isolated ditch grass seeds, either. Springer said they found “mats of them,” leaving little doubt that the seeds were unearthed exactly where their host plants sprouted and grew and died.

The research team has since linked what was found in the ground to a clear climate signal: a well-documented warming period about 23,300 years ago that would have caused the lake to shrink, creating new places “for all these people (and animals) to pad around in wet sand,” Springer said.

He also knows that other archaeologists and geologists might not see it that way.

“It’s definitely going to get criticism, and it should,” he said of the study. “We want the questions. Bring them on. Healthy skepticism is what science is all about.”

As it turns out, Holliday and UA doctoral student Brendan Fenerty were already researching the geology of White Sands’ ancient lakebed at a site not far from where the tracks were found.

Their multiyear effort didn’t involve footprints, but it did produce a detailed analysis of the surrounding layers of rock, including their approximate age. That’s how Holliday and Fenerty ended up as co-authors on the new study.

Holliday is so familiar with the local geology that he said he knew right away how old the footprints were as soon as he saw them in the trench the researchers had excavated.

It was so obvious it was almost underwhelming, he said with a laugh. “Yep, you’ve got 23,000-year-old footprints. So what are we going to do with the rest of our day?”

Holliday said Bustos, the park’s resource manager, deserves a huge amount of credit for his dogged efforts to find and study the tracks and bring in others to expand the investigation, including the lead author of the new paper, researcher Matthew Bennett from the Institute for Studies in Landscapes and Human Evolution at Bournemouth University in England.

And there’s more work to be done.

Both Springer and Holliday said they wouldn’t be surprised if even older signs of humanity are unearthed in the national park someday. After all, there’s a lot more sediment waiting to be studied both above and below the trenches that were dug there early last year.

As Springer put it: “We all expect there to be more tracks.”

For Star subscribers: A University of Arizona-led research team has used ice from Greenland to chart the North Atlantic jet stream over the past 1,250 years and predict how the winds might change with global warming.

We now know the beasts roamed North America as recently as 13,000 years ago.

The inmate was taken to a local hospital after testing positive for COVID-19 on Sept. 6.

For Star subscribers: Tucson is home to what might be the world's largest academic collection of video games and game-related artifacts. Take a tour of the Learning Games Initiative Research Archive at the UA campus.

The Queen’s ‘best friend’ has moved into Windsor Castle

An illustration by Karen Carr shows people gathered around an ancient lake with mammoths and other ice age animals at what is now White Sands National Park in New Mexico.

Radiocarbon dating was used to determine that these seeds came from ditch grass that grew more than 20,000 years ago, during the last ice age, at what is now White Sands National Park in New Mexico. 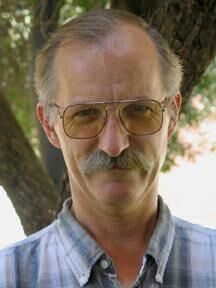