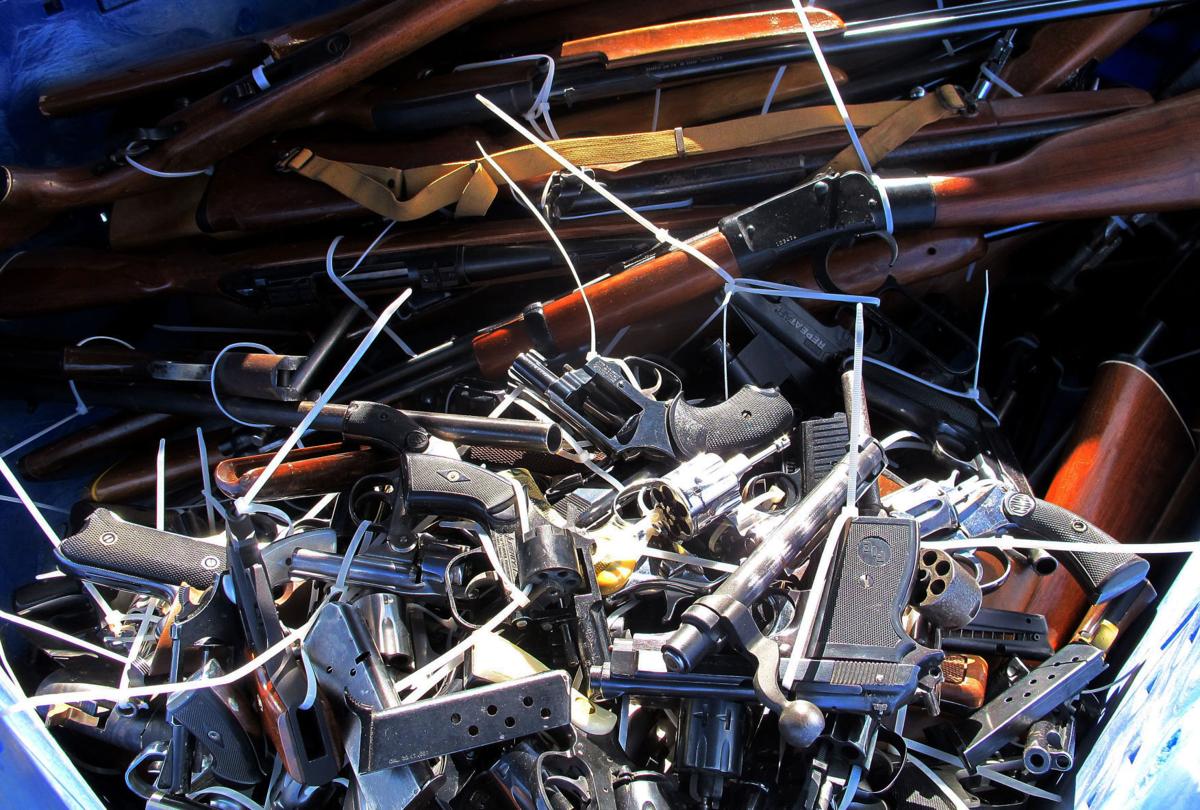 In the end, only one number really mattered when it came to Tucson stopping its policy of destroying guns in city possession — $57 million.

That is the amount in annual state-shared revenues the city would have to forgo if it defied a ruling by the Arizona State Supreme Court that the practice conflicted with state law. Specifically, the ruling affirmed that surplus property must be auctioned to the highest bidders.

The Tucson Police Department has destroyed 4,820 guns turned in by residents or seized from crime investigations since 2013, city records show. The firearms are typically seized in criminal cases, although city officials note some guns are surrendered by their owners to be destroyed.

The seven Democrats on the Tucson City Council, after meeting behind closed doors with their attorneys, said their hands were tied by the court’s decision. The city will begin auctioning off guns in the next few months to licensed gun dealers.

The vote Wednesday was not unanimous, however. The reversal of the policy narrowly passed 4-3, with council members Steve Kozachik, Karin Uhlich and Regina Romero voting against ending the practice.

“I couldn’t make myself vote ‘yes.’ I think it is wrong in every way, shape and form,” Romero said.

Councilman Paul Cunningham said he voted to end the practice not because he wanted to, but because a fight over this specific issue was futile.

That law allows the state attorney general to pressure cities to change policies the AG believes contradict the wishes of Arizona lawmakers, and to withhold state-shared revenues if municipalities refuse to repeal the offending legislation.

Cunningham said he wants to see the state law challenged in federal court, saying he doesn’t believe Tucson can get a fair hearing in Arizona on this issue.

Kozachik agreed that the real long-term issue is SB 1487, but said he believes the city could prevail in county Superior Court — just not with the state Supreme Court.

“I think (Gov. Doug) Ducey has so fully staffed the court that it would be pretty difficult,” Kozachik said of the Supreme Court.

But the city is withdrawing a legal challenge to the constitutionality of SB 1487 currently filed in Superior Court, holding off to fight that battle another day.

A legal fight is inevitable, Kozachik said, adding that he thinks there are groups that will challenge SB 1487 in other cities, but did not offer any examples.

Tucson has been destroying some seized firearms — specifically handguns, shotguns and semi-automatic rifles — for more than a decade but stopped the practice earlier this year after state Rep. Mark Finchem asked Attorney General Mark Brnovich to investigate whether the practice violated state law.

Finchem says that a collectible gun worth more than $10,000, which he identified in city-maintained records, was destroyed by the city.

His claim could not be independently verified.

A Star analysis estimates the retail value for the 4,820 destroyed guns could be roughly $600,000.

The city would get a fraction of that figure as it is required to sell the guns at auction, and only to those with federal firearms licenses.

City Attorney Mike Rankin estimated Tucson could bring in about $100,000 a year from gun sales.

Despite the court ruling, not all of the seized weapons are headed to the auction block.

Guns that are illegal to sell — like a sawed-off shotgun or one with the serial number filed off — will still be destroyed.

The city also has the authority to transfer some confiscated firearms to be used by police.

For example, the city maintains a large collection of guns it uses for forensic testing. At last count, there were 1,579 in its collection.

Also, not every gun held by the city is kept in perpetuity.

Legislation would encourage Arizona businesses to allow guns inside

Business owners who welcome customers who carry guns would get special protections from lawsuits if someone gets shot.

The local attorney and consultant spent roughly $100 for every three votes he received in the three-way primary last month.

The surplus property brought in $85,163 but the figure isn't enough to pay off the $100,000 it owes over the failed legal fight to destroy guns.