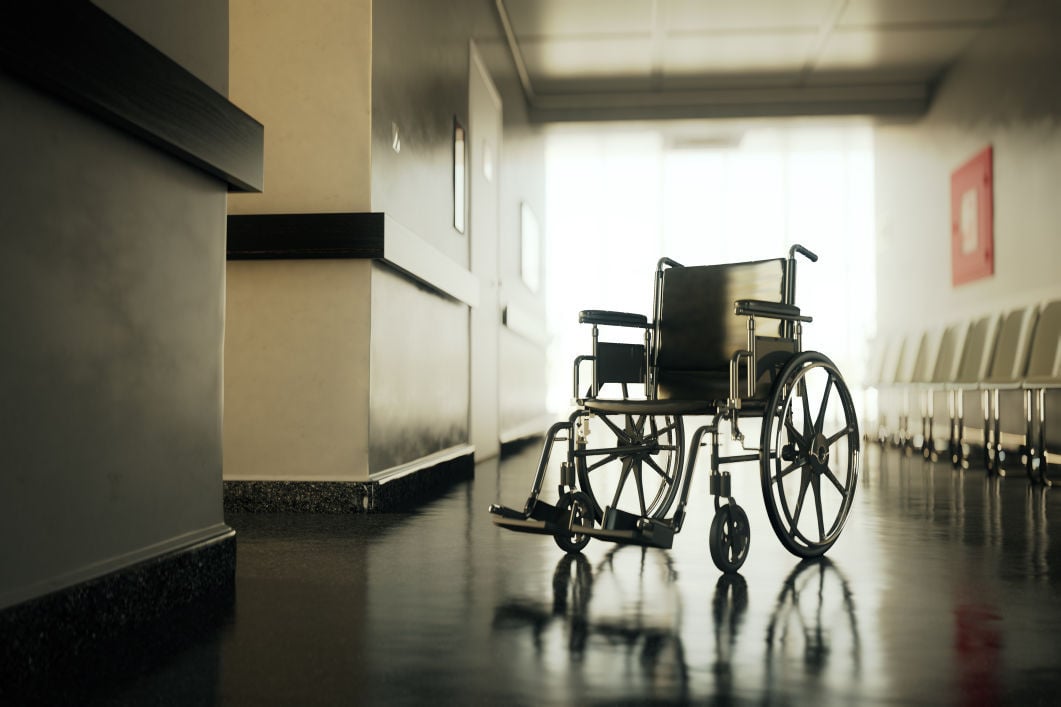 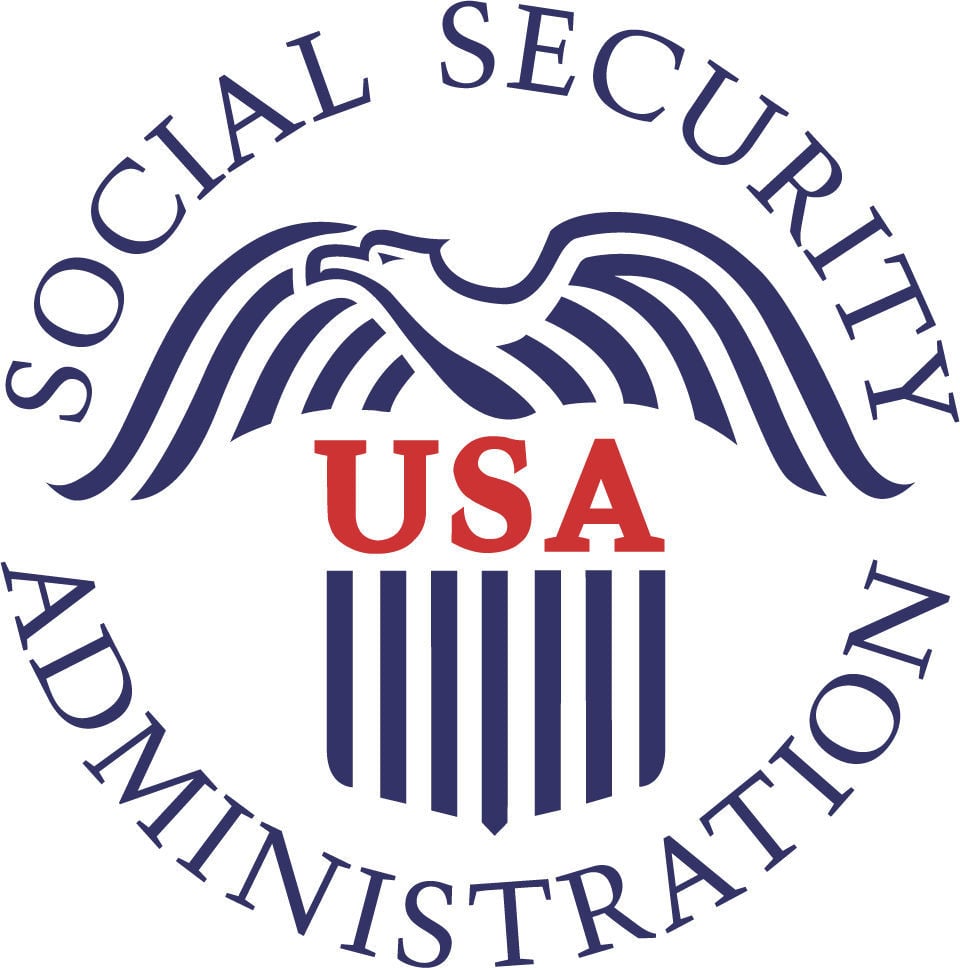 For about the past five years, Phoenix-based benefits consultant Jill Preston has been noticing something odd happening to her Tucson clients, in the course of her work helping elderly people and their families navigate a confusing web of medical benefits options.

Some of her clients who didn’t have trusted friends or family to help them handle their finances wanted their nursing home to act as “representative payee,” receiving the patient’s Social Security checks, withdrawing the amount owed to stay in the nursing home and providing the remaining funds to the patient as their monthly living allowance.

Preston noticed Tucson’s Social Security office, unlike its counterpart in Phoenix, routinely denies applications from nursing homes to act as a rep payee. Instead, with no input from the low-income beneficiary, those cases were assigned to a private representative payee company that charges a fee for the same service the nursing home would provide for free, Preston said.

“Nursing facilities have consistently seen this going on for years,” said Preston, who worked as a social worker for 28 years before launching her benefits consulting firm Benefit Results in 2015. “I can’t get an answer on why they (Social Security) won’t allow it.”

Social Security Administration officials gave the Arizona Daily Star no explanation for the denials, which result in affected beneficiaries losing more than one-third of their $112.50 monthly living allowance to a private company.

While some nursing home officials say the private companies do a perfectly fine job as rep payee, they’re confounded by the Tucson Social Security office’s denials of nursing homes’ applications to do the work for free.

“Clearly it should be always the resident’s decision, not somebody else’s,” said Heather Friebus, administrator at Devon Gables Rehabilitation Center, a skilled nursing facility. She said she’s noticed these denials in Tucson over the past seven years or so.

When approved as rep payee, the nursing home receives their patients’ monthly Social Security checks directly, withdraws the patients’ “share of cost” — calculated based on federal income guidelines — to cover their nursing home fees, and passes on the remaining $112.50 as the beneficiaries’ “personal needs allowance.”

Private companies who act as representative payees are allowed to take a fee for their services. Nursing home officials say the Tucson Social Security office usually refers beneficiaries to one particular rep payee, the nonprofit Project H.O.M.E. It charges $42 per month for the services, the amount allowable under Social Security rules.

Project H.O.M.E. was founded in 1992 initially with a focus on helping people with mental illness handle their benefits by acting as an intermediary with government agencies, Star archives said.

“It’s a labor of love, truly,” said Suzie Rodriguez, assistant director, who has worked with the company for 27 years. “A lot of times the reason someone has to have a payee is because their family and friends are exploiting them.”

Rodriguez noted Project H.O.M.E. rep payee applications are sometimes denied when another party steps up to handle a beneficiaries’ finances, but she said she can’t comment on Social Security’s decisions on other applications.

“I don’t know why Social Security chooses to do this,” she said. “I don’t question their choice.”

Some nursing homes prefer not to act as a representative payee: With a small staff, St. Luke’s Home doesn’t have the capacity to act as rep payee for its patients, so it refers them to Project H.O.M.E., said L’Don Sawyer, executive director.

But when a nursing home is willing to be rep payee, Preston said there’s no clear reason why a private company would be the preferred choice, instead of nursing homes that get equal, if not greater, financial scrutiny.

“If you only have $112 (per month) to your name, sending $40 to Project H.O.M.E. when you could otherwise get it for free doesn’t seem fair to me,” Preston said.

Project H.O.M.E. is not a licensed fiduciary — representative payees aren’t required to be — but its finances are audited every three years by an independent auditor, through the Social Security Administration. Nursing homes create trusts for patients’ finances and those trusts are audited annually by the managed-care companies that administer Medicaid benefits, called AHCCCS in Arizona, to elderly or disabled people covered by the Arizona Long-Term Care System, Preston said. The facilities must also maintain detailed monthly records that are subject to audit, in addition to oversight from the Social Security Administration, she said.

Nursing home leaders with locations outside Tucson say they haven’t had a problem getting their rep payee applications approved elsewhere in the state.

“I just feel very strongly that policy should not depend on where you live,” Preston said. “That’s my frustration. Families count on policies being done by the book.”

Reached by phone, Enriquez de Garcia would not comment, referring the Star to Social Security’s regional public affairs office. Regional communications director Patricia Raymond would not allow the Star to interview anyone about the rationale for the denials.

In response to the Star’s questions, Raymond initially provided, via email, only a generic explanation of how the representative payee program works. After repeated inquiries, Raymond said the agency is looking into the Tucson office’s practices.

Raymond said, without a formal Freedom of Information Act request, the agency would not disclose how many rep payee applications are handled in Tucson and statewide, nor the proportion of applications that are denied for each area. The Star filed a FOIA request seeking those figures on June 27.

Families affected by rep payee denials would face a winding path to get answers: Preston has been seeking an explanation for the denials for more than a year on behalf of a family she’s working with. Preston contacted Enriquez de Garcia in the Tucson Social Security office, with no response, and then appealed via email to a regional Social Security official, John Burns, who said he forwarded the information back to the Tucson office, according to emails Preston shared with the Star.

Preston filed a complaint with the Arizona Long-Term Care ombudsman, Beth Woods, but the ombudsman told Preston — as well as the Star — that the office doesn’t have jurisdiction over the Social Security Administration, but would investigate complaints that came directly from the nursing home resident or their family.

But she said families affected by this should contact the nonprofit Arizona Center for Disability Law. The public interest law firm is part of the nationwide “protection and advocacy” system that provides free legal services to people with disabilities.

A new law is empowering advocacy firms like the Arizona Center for Disability Law to provide greater scrutiny of the representative payee program, said J.J. Rico, executive director. Rico said he was unaware of the concerns about payee denials in Tucson, but he said the program is vulnerable to abuse.

“I don’t know if this is abuse,” he said. But “the payee should have some input on who their representative is. That’s a Social Security requirement, not just a position we take.”

The newly passed legislation, HR 4547, authorizes protection and advocacy systems to investigate representative payees, either at the behest of Social Security or after getting a complaint from the public, Rico said.

“We’re up for the challenge,” he said. “We know we may uncover some things but that’s the only way we can make the system better.”

If a beneficiary with a representative payee suspects payee fraud or misuse, the beneficiary or someone close to the beneficiary can submit an allegation to the Social Security Administration's Office of the Inspector General at oig.ssa.gov/report.

Or contact the Arizona Center for Disability Law through its website, by calling 1-800-927-2260 or via email: center@azdisabilitylaw.org.

What is a representative payee?

A representative payee is a person or organization appointed by Social Security to receive and manage a beneficiary's disability or Supplemental Security Income payments when the beneficiary cannot do so on their own. A payee’s main duties are to use the benefits to pay for the current and future needs of the beneficiary.

A payee must keep records of expenses and upon request, provide an accounting to Social Security of how he or she used or saved the benefits. A person with power of attorney is not the same as a representative payee.

The VA's Prescott nursing home received only one star in its overall rating. Its counterpart in Phoenix received four out of five stars.

With deck stacked against consumers, here's a toolkit to protect yourself from medical harm.

Owners of pre-1976 mobile homes must now provide proof that the trailers have been brought up to safety standards before installing or relocating them.

Journalist Ralph Amsden had been tweeting reminders to his followers about the failures of Sharon and Jeff Pichotta's athletic program, Tucson Tech.

A judge granted the injunction against harassment, based on 16 tweets by the journalist, who is appealing.

Tucson couple Carol and Benito Ocho Gutierrez have pleaded not guilty to 16 counts of child abuse.

We asked Star reporters to share some of their experiences trying to keep the 'public' in public records.

Have you been evicted in Tucson? We want to hear your story

The Star is investigating the causes of evictions in Tucson, as well as the impact of evictions on families and the challenge of finding affordable housing.

Employee has pleaded guilty to bank fraud; his father recently indicted in scheme.