A growing number of wild animals — some of them fourth-graders — are enjoying the benefits of two wildlife crossings on North Oracle Road near Catalina State Park.

Since 2016, remote cameras have recorded roughly 10,000 animals from at least 19 species using the specially designed bridge and tunnel across the divided, six-lane road.

“I think they’re a great success, personally,” said Jeff Gagnon, statewide research biologist for the Arizona Game and Fish Department. “We’re seeing an increase in use over time. The learning curve is starting to show up there.”

Mule-deer activity in particular has increased dramatically on both sides of Oracle since the underpass and overpass were built four years ago.

A handful of other species — mountain lions, bighorn sheep and desert tortoises among them — have shown up on wildlife cameras near the crossings, but they haven’t been spotted using the structures yet.

“We’re seeing them get closer and closer,” Gagnon said.

At least some of those animals were identified with the help of fourth-grade students from the Catalina Foothills School District.

Through a partnership with the nonprofit Coalition for Sonoran Desert Protection, Foothills fourth-graders have helped pore over tens of thousands of game camera images, identifying the animals they see and analyzing their behavior.

“We got one picture of a coyote actually pouncing on a pack rat,” said Charlotte Ackerman, the district’s K-5 teacher leader for science and engineering practices.

Ackerman and another teacher started the Critter Cam for Kids program in 2017 with some grant money they got from the Game and Fish Department’s Heritage Fund, which uses proceeds from Arizona Lottery ticket sales to support conservation efforts around the state.

About 100 students at a single school took part the first year. Since then, the program has been expanded to include all of the district’s fourth-graders — roughly 400 kids from four schools.

Early this month, before school was canceled by coronavirus, the students visited Catalina State Park to hike, interact with live animals and see the crossings and cameras in person.

“Getting children out into the desert is so important,” Ackerman said. “I had one child who came back from the hike and was asked what she saw. She kind of closed her eyes and said, ‘magical things.’”

The field trip capped off a unit on animal adaptations, food chains and the impacts of roads and other development.

When they weren’t analyzing wildlife photos, the fourth-graders studied maps of Tucson to spot potential wildlife corridors and played an educational board game in which they navigated animals around and across human barriers in search of food and shelter.

“These students are learning about science and about what’s going on in their backyards,” said Jessica Moreno, conservation science director for the Coalition for Sonoran Desert Protection.

While Game and Fish keeps watch over the crossings themselves, the coalition maintains 20 to 30 cameras of its own along the approaches to the bridge and tunnel.

So far the coalition’s cameras have captured roughly 80,000 images. “And that’s not counting the blank ones,” Moreno said, like when the camera is tripped by a branch blowing in the wind or something moving too fast to be caught in the picture.

Adult volunteers also help scroll through the coalition’s photos, she said. “‘Desert identifiers’ we call them.”

Every image is looked at by two or three sets of eyes, so nothing gets missed.

Eventually, the coalition hopes to involve more schoolchildren in the educational effort.

“We want to box this curriculum and the data package that we have, and offer it to other districts,” Moreno said.

She considers it a form of community organizing — a way to reach the next generation of bond-initiative voters and their parents with a fact-based message about the benefits of wildlife corridors and habitat connectivity.

“Projects like these wildlife crossings need public support,” she said.

The bridge and tunnel across Oracle were built with roughly $11 million that was set aside for wildlife connectivity projects in a Regional Transportation Authority plan approved by voters in 2006.

The structures are designed to protect animals and motorists alike, Gagnon said.

There isn’t any hard data for how many animals were being hit along that stretch of road, the biologist said, but “it was not a great area for wildlife.”

Collisions with wildlife have dropped virtually to zero since the crossings were built and fencing installed to funnel animals toward the structures and away from the road, Gagnon said.

Mule deer account for nearly half of the animal crossings documented so far.

The deer seem to prefer the bridge, while javelinas, coyotes and bobcats largely use the tunnel to cross beneath Oracle.

The structures allow animals to safely move between Catalina State Park and the swath of state trust land along Big Wash, and provide a broader connection between two distinct habitats in the Catalina and Tortolita mountains.

“It is the first wildlife bridge built in the Sonoran Desert,” and it’s working, Moreno said. “It started working sooner than anyone thought, and it’s working beyond our expectations.”

She said there are now plans in the works for two more wildlife bridges across Arizona 86, where workers have already put in tunnels under the road to Kitt Peak in partnership with the Tohono O’Odham Nation.

The coalition is also pushing an ambitious plan to put in a crossing on Interstate 10 near Avra Valley to help wildlife move between the Tortolita and Tucson mountains, though Moreno acknowledged that such a project would require a lot more money, study and engineering than it took to build the Oracle crossings.

If money were no object, Gagnon said he would like to see more bridges and tunnels built for the benefit of wildlife.

“From my perspective, the more connectivity the better, and every road is a potential barrier,” he said.

Target and Starbucks will not require masks for fully vaccinated customers

Target and Starbucks will not require masks for fully vaccinated customers

Many workers won't return to old jobs after COVID

Many workers won't return to old jobs after COVID

Official says as many as 500 aircraft might have to be grounded "system wide" in response to the pandemic. 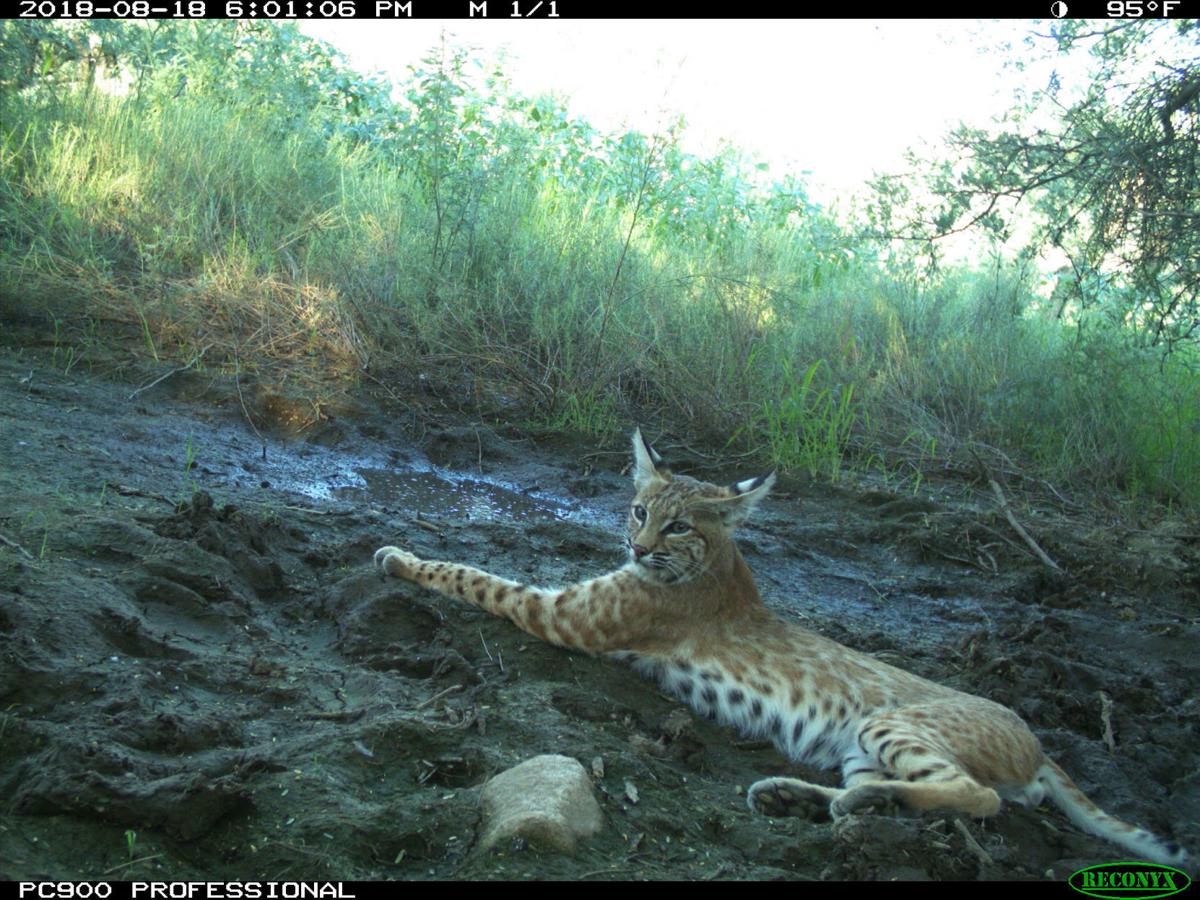 Animals are being photographed by remote cameras placed on the east and west sides of Oracle Road near the approaches to the wildlife crossings north of Tucson. 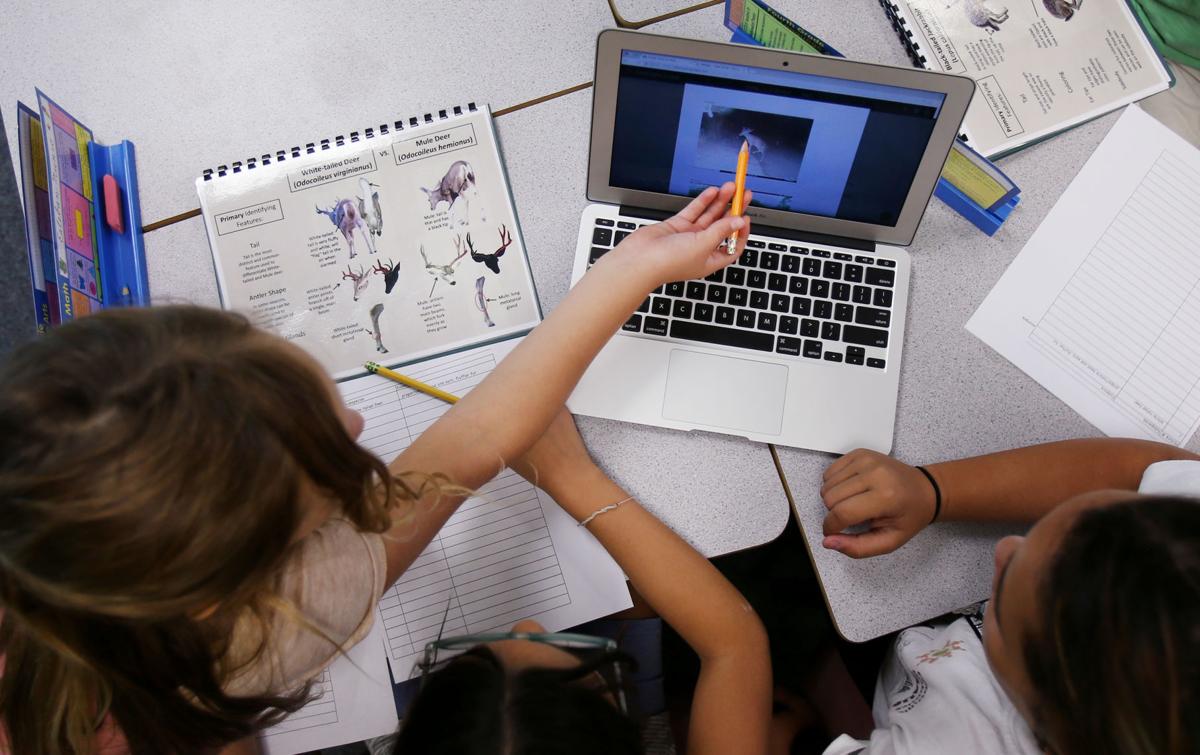 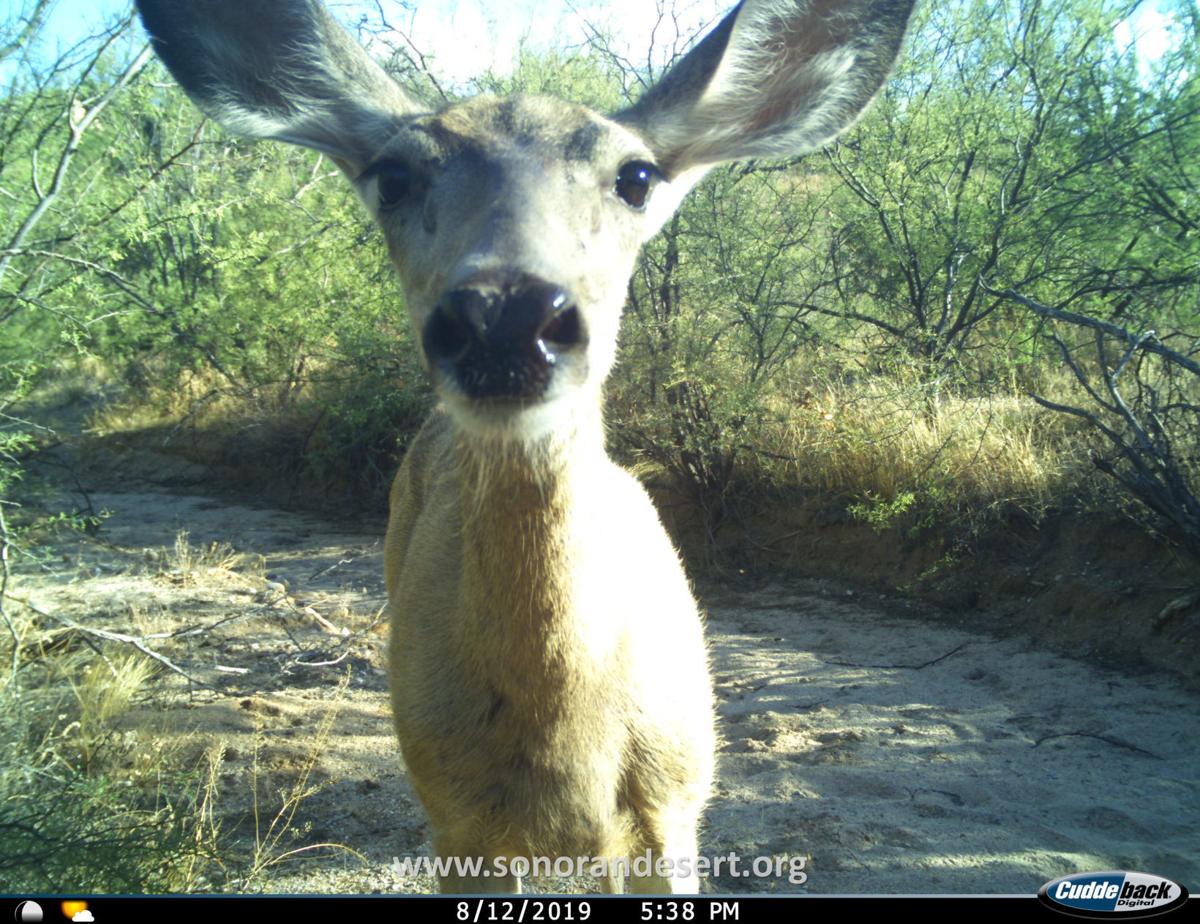 Animals photographed by remote cameras placed on the east and west sides of Oracle Road near the approaches to the wildlife crossings north of Tucson. 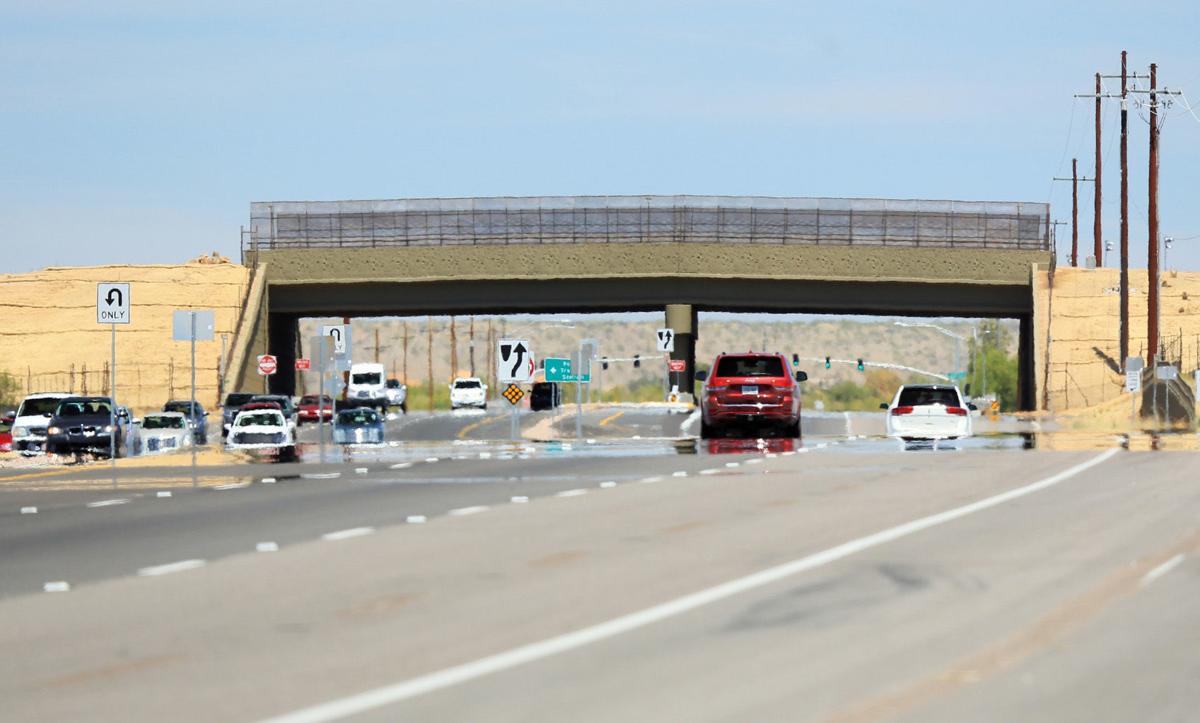 The animal-crossing bridge over North Oracle Road near Oro Valley. 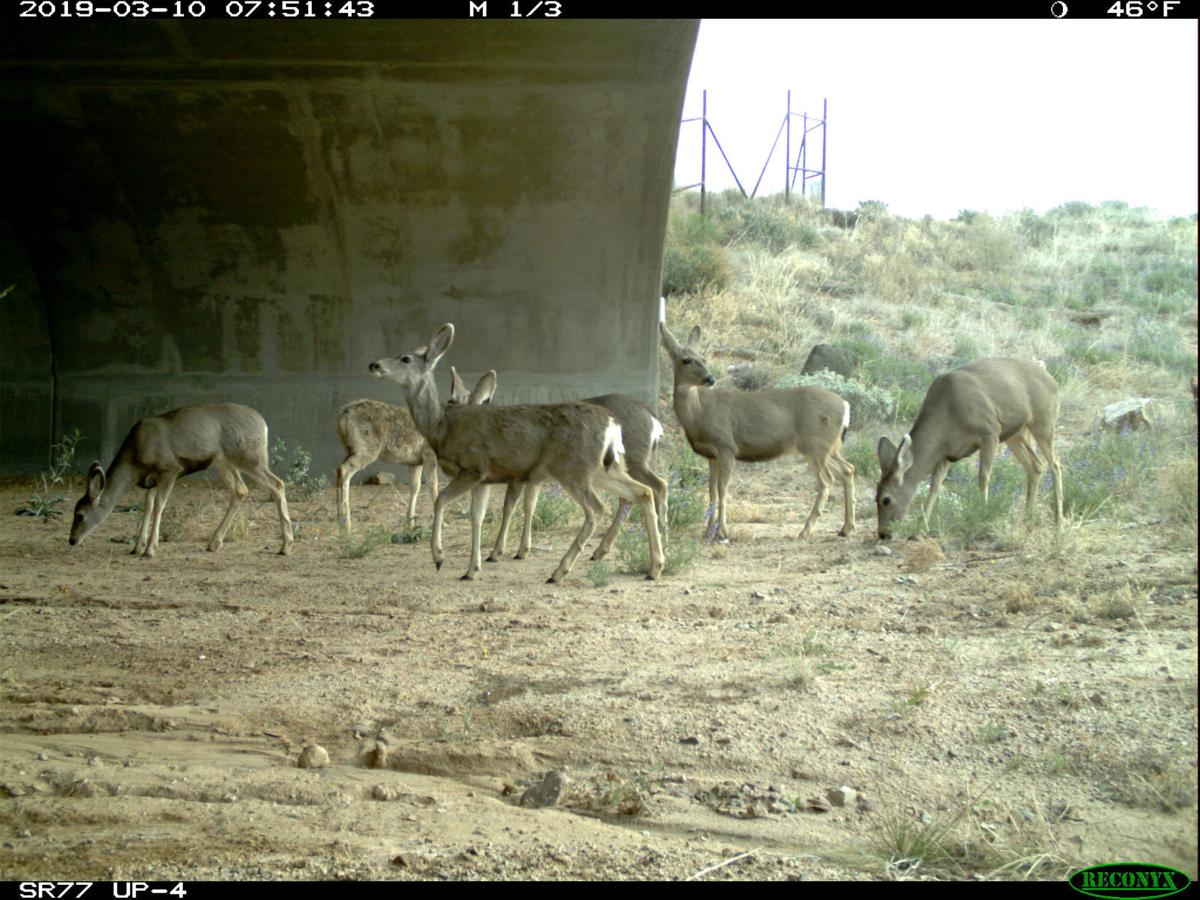