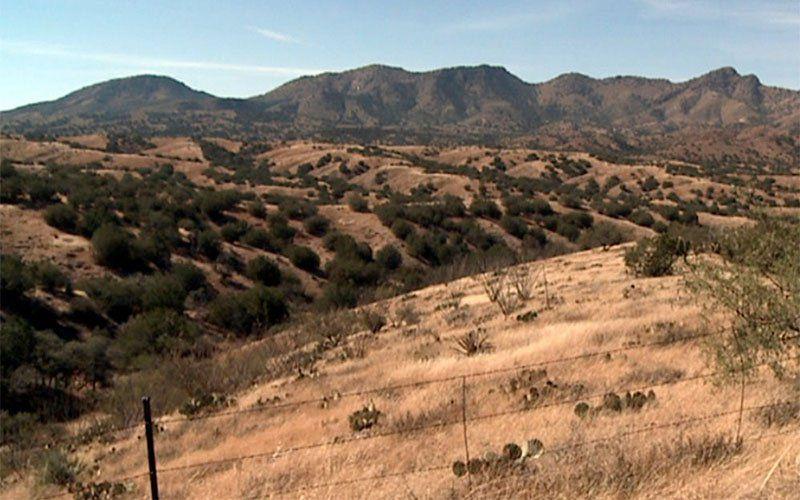 Opponents of the Rosemont Mine, which would be situated in this area of the Santa Rita Mountains, say studies on the project have overlooked its environmental impacts. 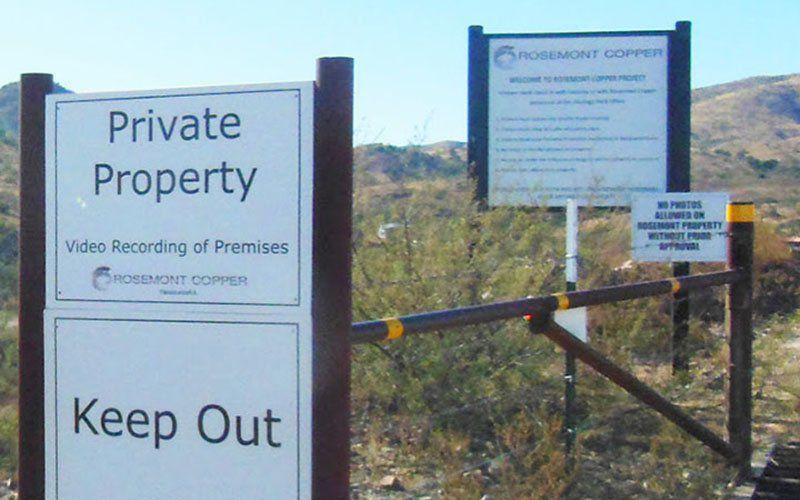 Garrick Taylor of the Arizona Chamber of Commerce says of the mine, “We believe it’s still a worthwhile project and will do a tremendous amount of good for the region and the state.”

WASHINGTON – The proposed Rosemont Mine, a massive, open-pit copper operation in the Santa Rita Mountains southeast of Tucson, will be back in court this fall as opponents challenge permits for the project, the latest twist in an 11-year battle.

Supporters say the mine has been studied to death and will bring much-needed jobs to Pima County.

Opponents say the review process has been flawed and that the mine would be in “the absolute worst place” with regard to environmental and public-health threats.

The ongoing debate comes as Hudbay Minerals awaits what could be the final step in getting approval for the mine, the Army Corps of Engineers’ issuance of a Section 404 permit. That permit is named for a section of the Clean Water Act regulating the discharge of fill material into waterways.

“The regulatory process that we have is, from the outside, very time-consuming,” said Mike Petersen, public affairs officer for the South Pacific Division of the Corps, but it’s necessary to make a decision that balances “reasonable development of commerce” with water quality.

“There’s a lot of information and a lot of considerations we have to take into account,” Petersen said. “We want to make the most informed decision that we can stand behind.”

But while that decision is pending, at least three lawsuits are proceeding that attack earlier environmental permits issued for the mine.

Those suits – one by the Tucson-based Center for Biological Diversity, one by a group called Save the Scenic Santa Ritas and one by the Pascua Yaqui, the Tohono O’odham and the Hopi tribes – are expected to be in court this fall.

They charge that earlier reviews by the Forest Service and the Fish and Wildlife Service did not adequately consider the mine’s likely impact on environmental and cultural resources.

Stu Gillespie, a staff attorney with Earthjustice, which is representing the tribes in their suit against the Forest Service, said the service’s recommendation did not go far enough.

“One of our main arguments is that final environmental impact statement and the record of decision by the forest supervisor is that he failed to adequately analyze alternatives,” Gillespie said.

In an emailed statement, Hudbay said the “project has been going through a thorough evaluation” and that the Forest Service set “specific mitigation and monitoring requirements” to ensure the impacts of the mine are measured.

“Any questions asked about the Final EIS impact analysis are a moot point at this time as they have been managed and responded to by the agencies responsible,” said a Hudbay spokeswoman. “The Rosemont Project has gone through this review under the ... highest level of review required by the federal government.”

The Department of the Interior, the Office of Surface Mining, the Bureau of Land Management, the Forest Service and the Fish and Wildlife Service would not comment on the status of the mine. Tribal officials also did not respond to requests for comment.

The proposed open-pit copper mine would be about 6,500 by 6,000 feet – more than a mile wide in each direction – with a final depth of up to 2,900 feet, according to the Forest Service’s final environmental impact statement. Of the 1.96 billion tons of earth that would be excavated from the site, about 700 million tons would be ore and the remaining 1.2 billion tons would be waste rock.

The mine would be in operation from 24 to 30 years, generating an estimated $136.7 million in state and local taxes while creating a projected 434 direct jobs and 1,260 indirect jobs per year in Pima County alone, the Forest Service report said.

“It would just be a shame if projects as consequential as this were to take on some sort of partisan coloring,” said Garrick Taylor, the senior vice president for government and communications at the Arizona Chamber of Commerce.

He noted that 17 government agencies have a hand in approval of the permit.

“We believe it’s still a worthwhile project and will do tremendous good for the region and the state,” Taylor said. “Copper mining is incredibly important to the legacy of the state.”

But critics say no amount of economic benefit can outweigh the mine’s potential environmental damage.

“It is the absolute worst place you could pick to put an open-pit copper mine in terms of all the impacts to endangered species, threats to Tucson’s water supply and all these other issues,” said Randy Serraglio, a conservation advocate with the Center for Biological Diversity.

U.S. Rep. Raul Grijalva said that while Hudbay talks about the economic benefits of the mine, “it ignores its negative environmental impacts that will cause irreparable damage to wildlife habitats, water quality, and land.”

“The health, well-being, and cultural needs of Southern Arizona’s residents should always come before the profits of a mining company,” Grijalva said.

Fred Palmer, a senior fellow at the Heartland Institute, said he believes that the pros of the mine outweigh its cons on this site, which is federal land sitting on a “terrific” copper deposit.

“It’s inherently within the public interest that this deposit be developed, notwithstanding the protestations from the tribes, who I deeply respect, and the environmental community,” he said.

Starting on Monday, registered voters in Pima County Voters will be able to walk in and cast an early ballot, drop off their mail-in ballot as well as update their information.

PEORIA — Authorities are trying to determine how a woman died after she was found in her car parked on a freeway in the Phoenix suburb of Peoria.

Sarah Gassen: I am biased — for the free press

Many, many moons ago I answered my office phone to find a riled-up woman on the other end of the line.

The USA Today 10Best Readers’ Choice Award was based on the resort's amenities for kids and family programming.

In addition to being subjected to racist comments, Candace Feldman says she was paid significantly less than her predecessors.

Opponents of the Rosemont Mine, which would be situated in this area of the Santa Rita Mountains, say studies on the project have overlooked its environmental impacts.

Garrick Taylor of the Arizona Chamber of Commerce says of the mine, “We believe it’s still a worthwhile project and will do a tremendous amount of good for the region and the state.”