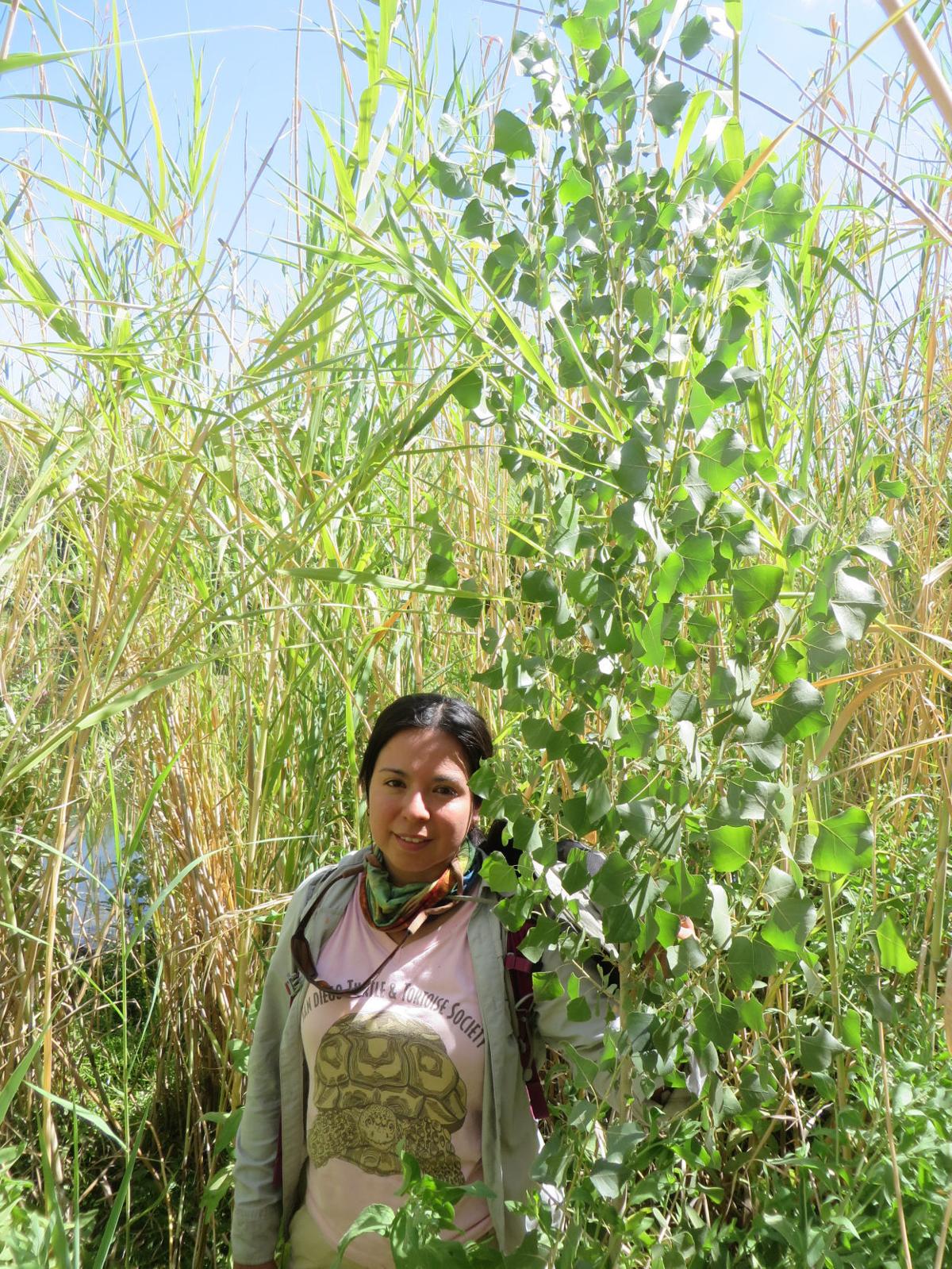 The limitrophe is the area of the river delta between the U.S.-Mexico border and the San Luis bridge in Mexico. 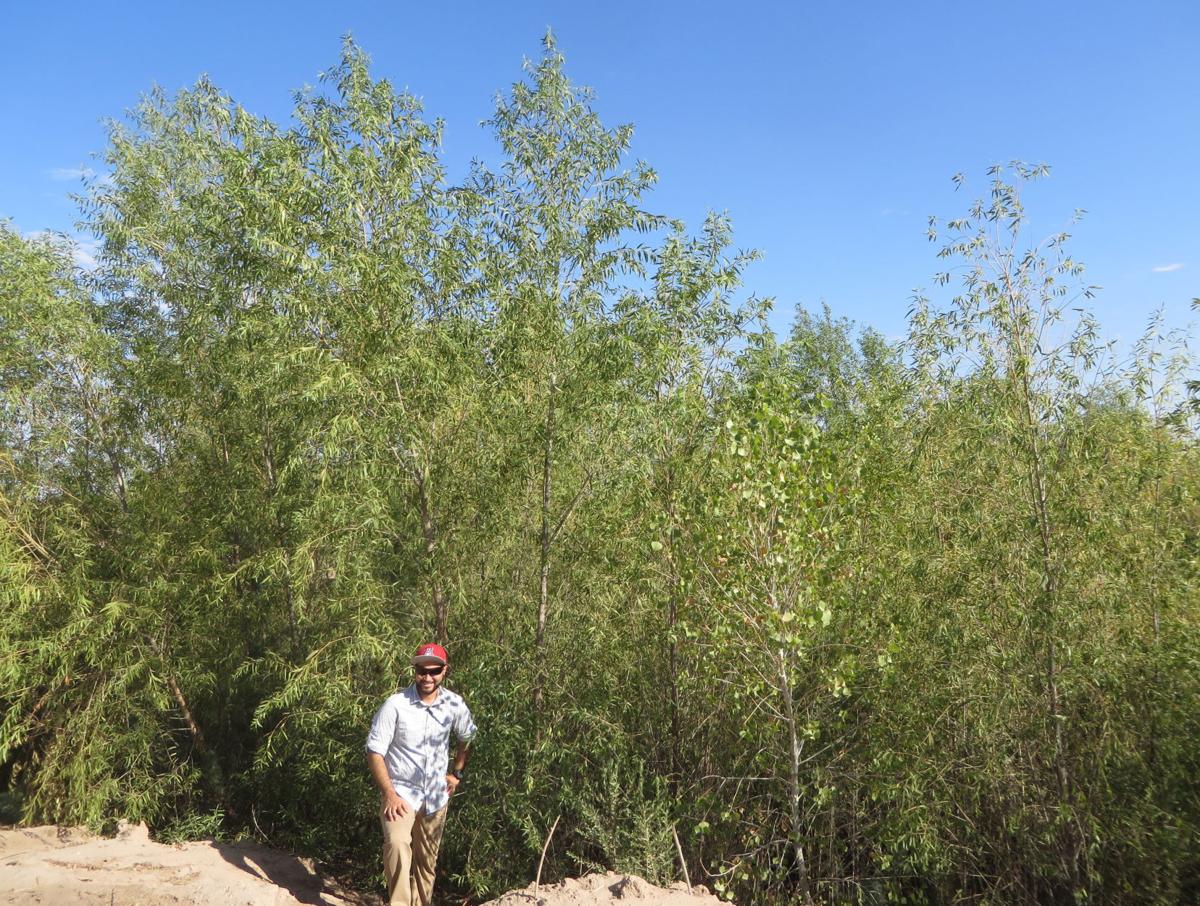 Willow trees in the Laguna Grande restoration area, which are in the delta about 45 miles south of the border. 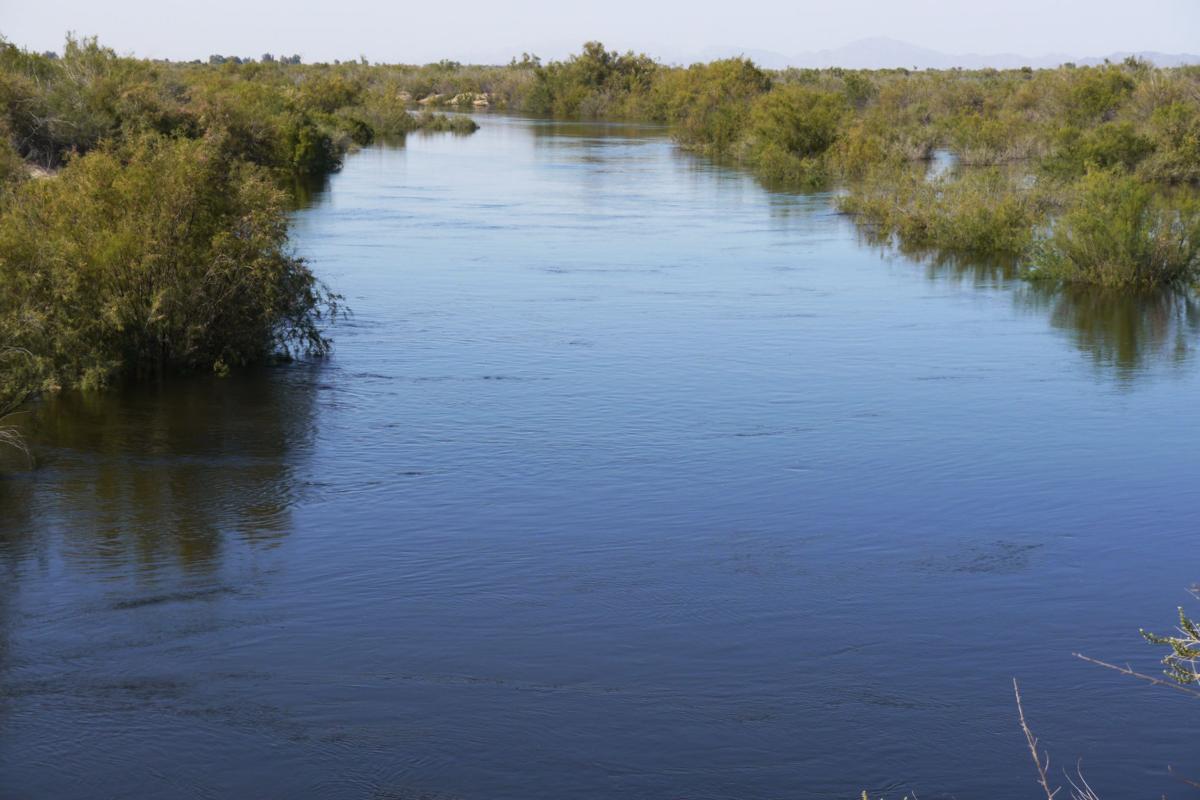 The Colorado River delta in Mexico on March 27, 2014, after release of water from the Morelos Dam. 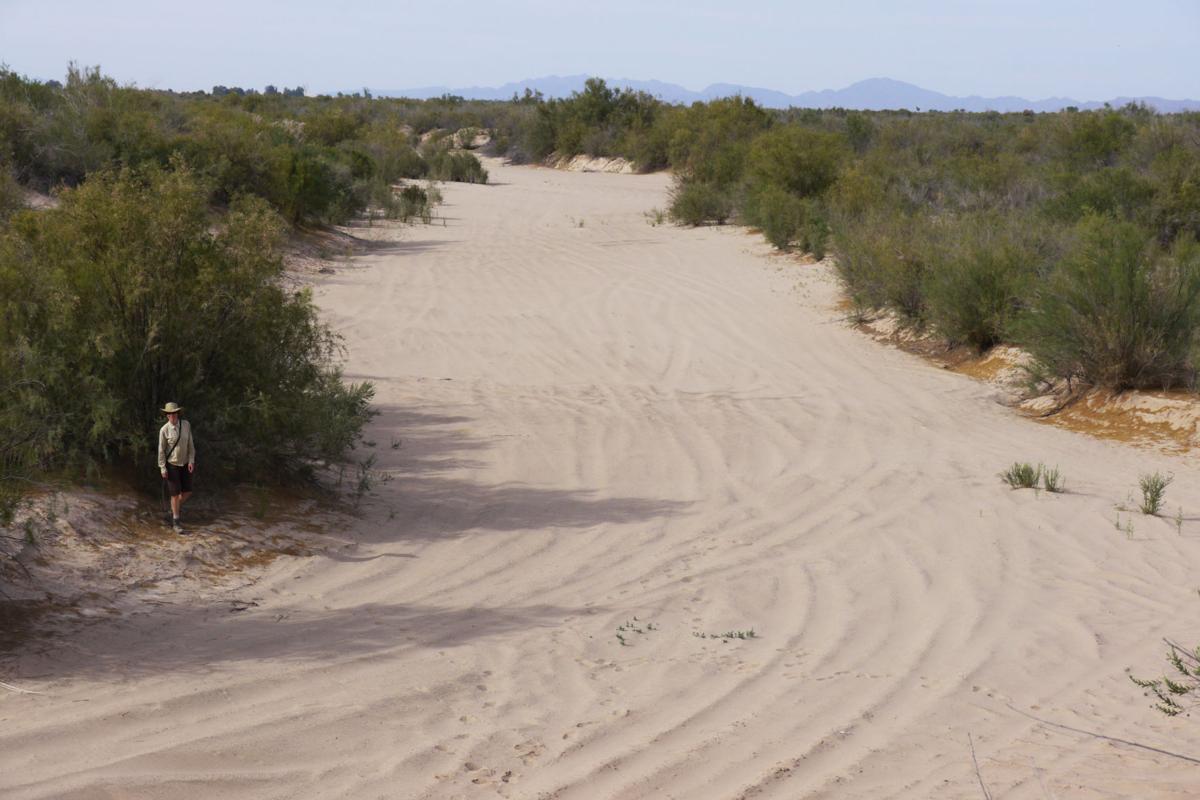 The Colorado River delta in Mexico on March 20, 2014, before release of water from the Morelos Dam.

“Farming nature” may sound like a contradiction in terms, since many conservationists believe nature does best when left to itself.

But it is working on the Colorado River Delta, a new study finds.

Native cottonwoods, willows and birds are back in large numbers in some sections of the Colorado River Delta, more than two years after a huge “pulse” of water was released there.

At one major restoration area, an historic 1,400-acre wetlands complex known as Laguna Grande, some willow and cottonwood trees stand more than nine feet tall, said Karen Schlatter of the Sonoran Institute, which has run the restoration program there.

“The trees are robust, with big canopies and vibrant green leaves,” said Schlatter, who spoke by phone from the delta where she’s working on continued tree-planting.

But the well-publicized pulse flow didn’t do it alone, the new study finds. It took two years of lesser “base flows,” too.

In fact, “it’s fair to say that the pulse flow didn’t have long-term impacts but the base flows did,” said University of Arizona geosciences professor Karl Flessa, who is among three report co-authors, along with Schlatter.

It also took management. Areas where trees were planted along the delta as part of the river restoration effort have generally fared much better than those where they weren’t, he said.

“Let’s be clear here. This restoration is farming nature. They are farming trees, if you will. They are irrigating those habitats,” Flessa said. “We want these natural systems. We have to manage them. We can’t just dump water in the river and expect everything to be OK.

“To some extent, we’re talking water use efficiency just like farmers try to achieve. Anytime anybody does restoration, they make efficient use of water,” he said in an interview.

Overall, the 2014 pulse flow inundated about 4,000 acres of floodplain. The Colorado reached the Gulf of California for the first time in 16 years. The river hasn’t regularly reached the gulf since the completion of Glen Canyon Dam near Page in 1963 cut off much of the water that used to flow downriver.

“Even though this was a short-term event, it has long-term consequences,” said Flessa, who co-authored the report for the U.S.-Mexico International Boundary and Water Commission. “Those trees that germinated back in 2014 have now survived for three summers and are going to live 30 to 40 years.”

The findings confirm that what scientists and conservationists are doing for the delta is working, said Jennifer Pitt, the National Audubon Society’s Colorado River program director, who has led the delta restoration effort for many years.

“It’s proof positive that adding a little water back into that ecosystem can work,” said Pitt.

The study examined the impacts of the 107,000-acre-foot pulse that authorities artificially released from March into May 2014 at Morelos Dam at the border. It also looked at impacts of the first two years of smaller base flows that started the same year and are continuing this year.

The pulse flow was made possible by a joint U.S.-Mexican government agreement in 2012 that followed years of binational negotiations. The base flows, made possible by water rights purchases and leases by conservation groups, are expected to total about 52,000 acre-feet by the end of 2017. An acre foot is enough to supply two typical families with water for a year.

The nonprofit conservation trust that has been acquiring water rights is confident of continuing to have base flows for the foreseeable future.

Specifics from the study:

Prior to the tree plantings in the delta, the conservation groups cleared many non-natives out of the area, including salt cedar. While the pulse flow went directly downriver, the base flow was diverted at the border into irrigation canals, which funneled water into the tree planting areas, Flessa said.

In areas where non-natives were cleared, “we got really good native tree establishment,” but not in areas where they weren’t cleared, added Schlatter. “Going forward, we would probably want to clear areas prior to those deliveries.”

If future, major water releases occur in the delta, “We expect that we’ll see even more positive impact for every drop of water we use because of what we’re learning from the science,” Pitt said.

Beavers came back, too

The release of water also has brought back the Colorado River Delta's long-lost beavers.

"Scientific data is scant, but locals say beavers were nearly completely gone from the region during the dry times that came with the closure of Glen Canyon Dam and the diversion of the river’s entire flow. But on the few occasions that the delta flooded, the beavers would reappear, perhaps following the flow down from refuges upstream," wrote John Fleck, in his new book about the Colorado River, "Water is for Fighting Over."

In the spring of 2014, a small flow of excess agricultural water flowed past willows through a human-built environmental restoration site, Fleck wrote.

"As soon as the water arrived . . . beavers materialized out of the ecological mists, damming the little channel. They had found their way back," Fleck wrote.

Beavers are now fairly common in the Laguna Grande restoration area run by the Sonoran Institute, said Karen Schlatter, an institute scientist. They're been seen and photographed regularly and they've established two beaver dams, she said.

Karl Flessa,  co-director of the Delta restoration's scientific monitoring effort, said he has personally seen a beaver dam, munch marks and tracks, including "the tail drag."

The end of World Wetlands Day!!!! Is the end of a festive day and we share this video. Our commitment to protect, conserve and improve the con…

Request, if granted, would be the third federal boost for the heavily subsidized water project since the 1990s.

The invasive trees add to risks of floods and fires, but are also home to endangered birds.

The limitrophe is the area of the river delta between the U.S.-Mexico border and the San Luis bridge in Mexico.

Willow trees in the Laguna Grande restoration area, which are in the delta about 45 miles south of the border.

The Colorado River delta in Mexico on March 27, 2014, after release of water from the Morelos Dam.

The Colorado River delta in Mexico on March 20, 2014, before release of water from the Morelos Dam.