PHOENIX — Arizonans with loved ones in nursing homes and similar facilities could soon be allowed to visit them again.

But the state’s top health official suggested Friday that a claim by Gov. Doug Ducey that Arizona could have some sense of normality, even before the July 4th target set this week by President Biden, may be a bit aggressive.

Dr. Cara Christ also said it may take until the fall for Arizona to reach “herd immunity,” the point at which the threat of COVID-19 community spread significantly diminishes.

Christ said she is reviewing new federal recommendations that nursing homes and similar facilities should allow “responsible indoor visitation at all times and for all residents.” More significant, the guidance says that should occur “regardless of the vaccination status of the resident or visitor.”

“We are very pleased that they have become so much more permissive,” Christ said during her weekly briefing on the status of COVID-19 and vaccinations in Arizona.

The bottom line, she said, is that the measures taken need to go beyond protecting physical health.

“People need to be with their loved ones,” Christ said. “They need to visit. And it’s been a very, very long time for those individuals.”

Christ noted that all of the skilled nursing facilities in the state have participated in a program with pharmacies designed to get their residents vaccinated. And she said “many, many” of Arizona’s assisted living facilities also have been involved.

The new recommendations by the Centers for Medicare and Medicaid Services do come with some conditions.

For example, they say physical distancing should be maintained and visits should be done outdoors when possible, especially when one or both of the parties have not been vaccinated.

And facilities can decline to provide access if the percentage of residents in a county testing positive for the coronavirus tops 10% and fewer than 70% of the residents in the facility are fully vaccinated.

So when will relatives here be able to visit?

“We’re taking a look just to make sure to see what we’ve got in there (in current regulations) and compare,” Christ said.

Strictly speaking, changes in Arizona policies have to be reviewed by a special task force on long-term care.

But she said that, at least for nursing facilities regulated by CMS, state approval is pretty much pro forma as the federal agency is “kind of the law of the land.”

Friday’s briefing came a day after President Biden directed states to provide vaccines to any adult who wants one by May 1.

Christ said Arizona already is on track to be close to meeting that goal. But much is contingent on the state getting the necessary supply.

Arizona expects to get more than 293,000 doses this week, including a big boost in the Pfizer vaccine. That would bring the total to more than 2.5 million doses.

But the state, which got 57,000 of the single-dose Janssen vaccines last week, is getting none this week as the company deals with manufacturing and distribution issues.

There’s still more demand in Arizona than there is vaccine available, Christ said. She hopes that’s only a temporary situation.

“What we’re hearing is they anticipate smaller increases through the month of March, and then the first week in April expecting significant increases in our vaccine allocation,” Christ said.

Herd immunity: “Maybe by the fall?”

Biden’s stated goal is to have July 4 mark “independence from this virus,” a point at which there will be a return to a semblance of normalcy and people will be able to gather in small groups.

On Friday, speaking to a conservative talk show host on KTAR, Ducey called Biden’s statement “an under-promise,” saying it could happen even faster.

But Christ said it’s not as simple as that. It comes down to when there are enough people who are fully protected.

The Janssen vaccine, she said, has the advantage of requiring only a single dose. With immunity kicking in two weeks later, that means people who get vaccinated by the middle of April should have immunity — or as close as it comes — by June.

Conversely, Christ said, the Moderna vaccine requires two doses, with 28 days in between. So individuals would not have full immunity until six full weeks after that first dose.

She figures it will take having 70% of Arizonans vaccinated to reach at least initial “herd immunity.” But she was unable to provide a firm estimate of when Arizona will get there — assuming it’s possible.

The health director noted that about 55% to 60% of people surveyed even before the vaccine was available said they would get inoculated. She said that should be doable by the summer.

“We’re going to have to do more education and more outreach to reach that 70%,” to get to that herd immunity point, Christ said.

“We’re really going to have to work, just like we do every year with flu, to encourage those that haven’t gotten vaccinated to get vaccinated,” she said. “So, maybe by the fall? It’s hard to say right now.”

37 historic photos of the Santa Cruz River through Tucson

The latest figures reported Friday by the state Department of Health Services come after Arizona had three days of daily case numbers under 1,000.

In Pima County, 110 new cases of COVID-19 were reported Friday with 8 deaths.

The number of hospitalizations for the virus also continues to make incremental decreases. As of Thursday, 831 patients were in the hospital for COVID-19. Of those, 236 occupied the ICU.

Also, Pima County's front-line essential workers who are aged 55 and older are asked to get their COVID-19 vaccinations at the state's University of Arizona site. 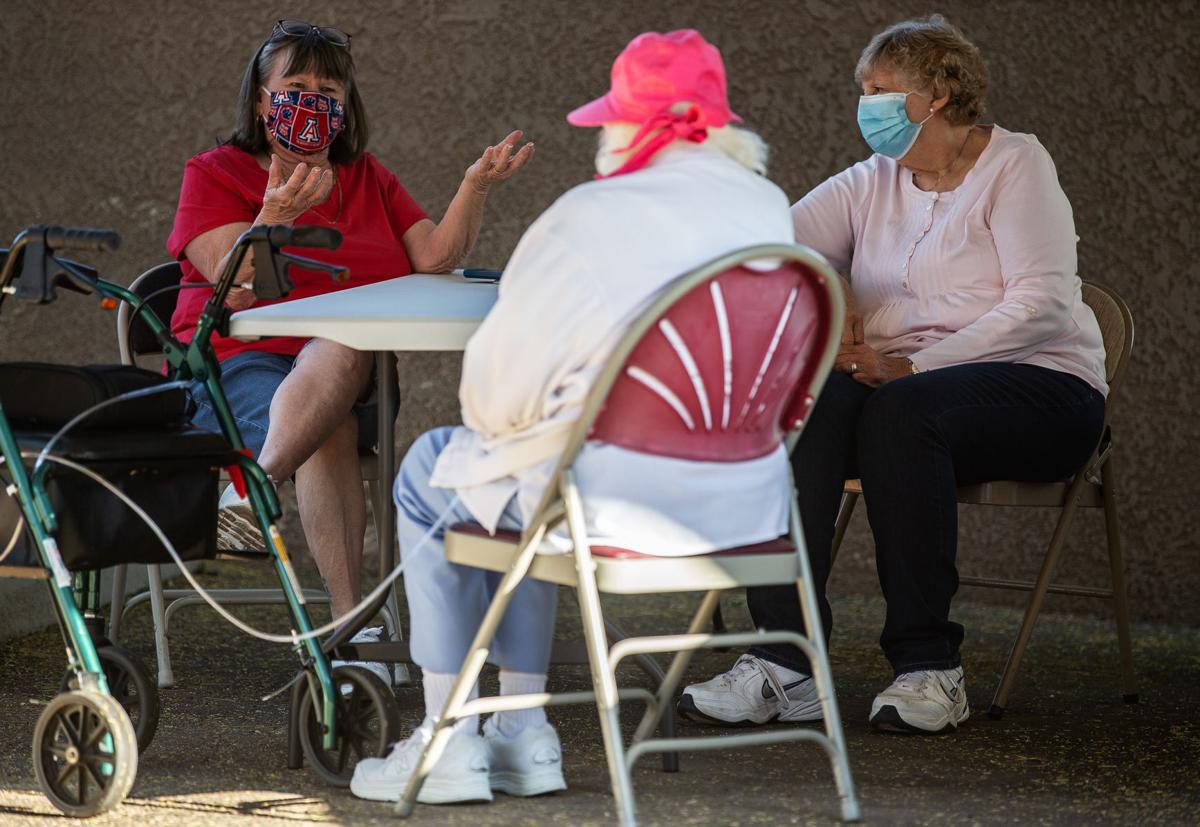 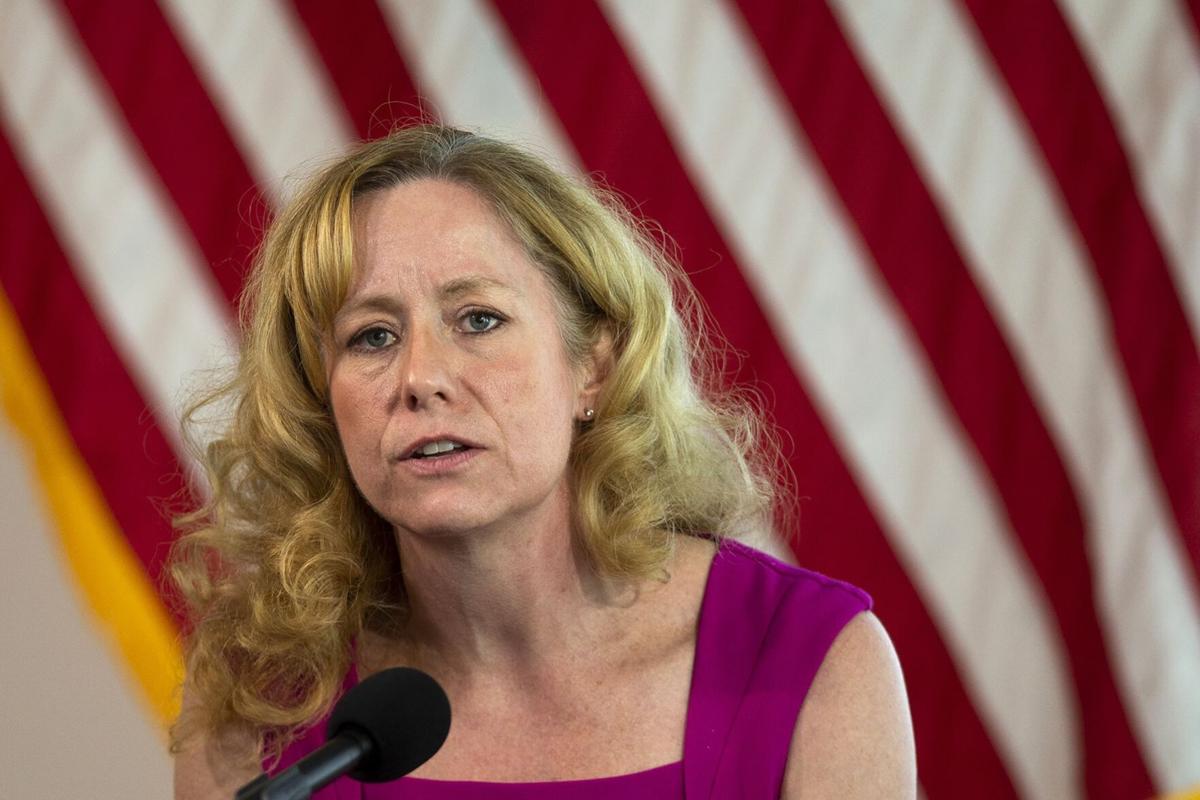