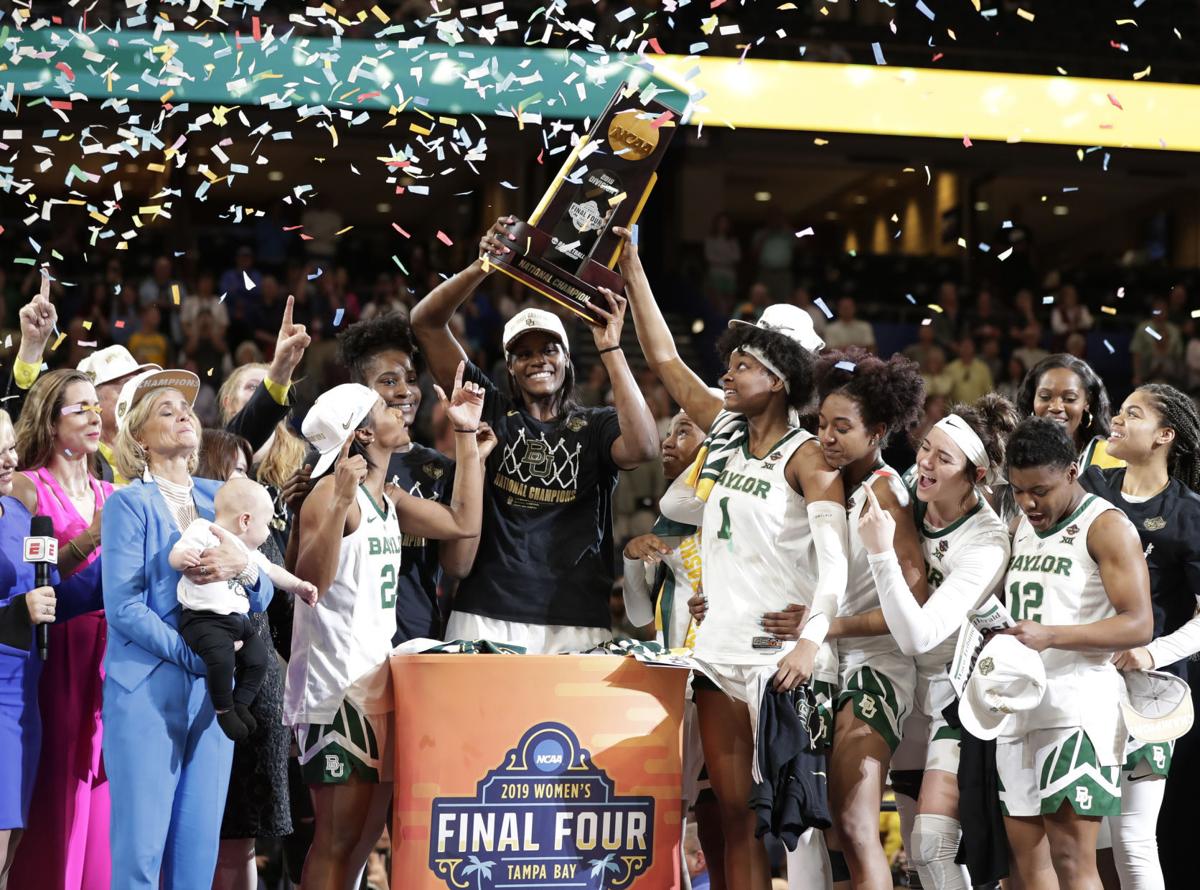 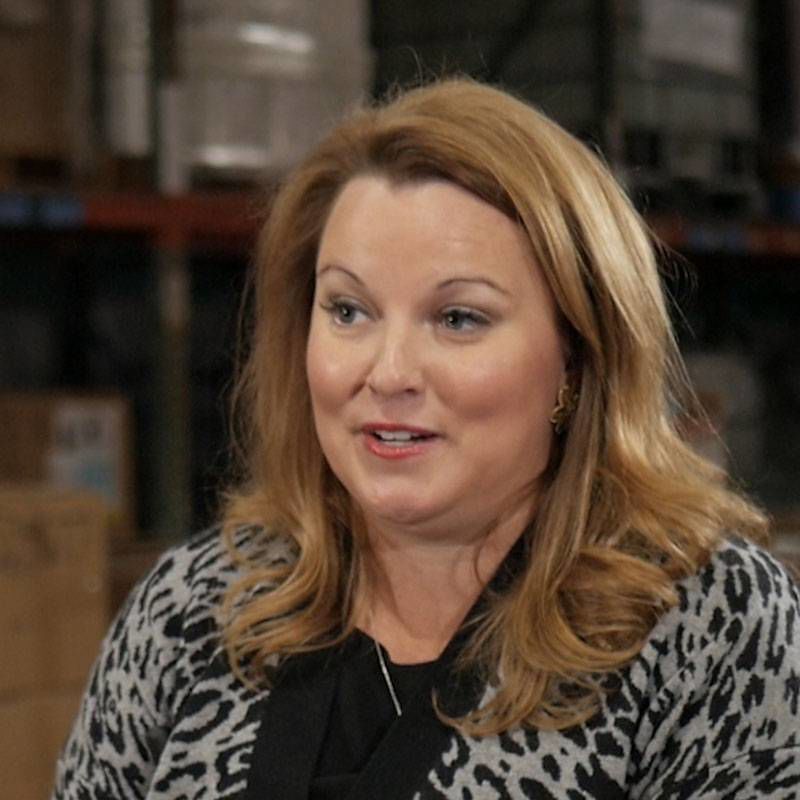 Brooke Todare spent Tuesday doing a walk-through at the Phoenix Convention Center and working through any last-minute tweaks for the presentation.

It was a fairly typical day leading up to an NCAA site visit to host a championship. Although due to the pandemic, last Thursday’s presentation, which will be held virtually, was anything but normal.

The NCAA committee called in to see what each of the four finalists vying to host the 2026 Women’s Basketball Final Four has to offer.

Phoenix and Portland, Oregon, are new to the game. Columbus, Ohio, and Tampa, Florida, both hosted in the last few years.

Todare, who co-chairs Phoenix’s local host committee along with ASU Vice President of Athletics Ray Anderson, said that they really want this event. The city has hosted nearly every other major sporting event, including the Men’s Final Four, the college football national championship and the Super Bowl.

“If there is any overarching theme to this bid, I would have to say it’s that the Women’s Final Four is our missing piece. We have hosted all of the other major events, and this is the one we really feel is missing from our resume,” Todare said.

“Phoenix is a basketball town with ASU, the Suns and the Mercury. Our fan base is hungry for an event like this. Phoenix has a long record of loyal support for the women’s game, and the Mercury are a prime example of that. We could not possibly have produced this bid without the Mercury, Talking Stick Resort Arena strong involvement.

“These are some of the biggest names in the sport. Think about it: Ann Meyers Drysdale is in the Basketball Hall of Fame. Diana Taurasi, Skylar Diggins-Smith and Brittney Griner played in multiple Women’s Final Fours.”

Phoenix is the only finalist that has a WNBA team. The Mercury is one of the founding franchises in the league.

It has been a long time since the Women’s Final Four was held anywhere west of Texas. The event was held in Denver in 2012 and San Jose, California, in 1999.

“Right when I started in 2018, I was hearing the desire by our women’s basketball community that there needed to be an effort to move the Women’s Final Four west and frankly, west of the Mississippi,” NCAA Vice President of Women’s Basketball Lynn Holzman said. “We actively engaged cities and Phoenix responded to the call. They’ve gotten here because they do meet the minimum specifications of the bid and because of their successful history with the CFP and men’s championship. They know how to do big championships.”

One thing that may have helped both sides is that they know each other — they’ve been building relationships throughout the process. The local committee went to NCAA headquarters in Indianapolis in December. Todare said it was very cold and that she joked with the decision-makers that “we’ll pay you back when you visit Phoenix in September and it’s 100 or 110.”

Unfortunately — or fortunately for Holzman and her team — they didn’t feel the heat in Phoenix this week. The shift to virtual site visits means they didn’t walk through the facilities, either.

All the finalists needed to get creative to give a similar in-person feel over a video conference call, in Phoenix’s case, over the BlueJeans app.

Phoenix’s local committee started prepping for this day last May with weekly calls. They came up with a plan to “capture the story we want to show them,” said Todare.

“It’s why the NCAA should select Phoenix. That’s our task regardless of the medium of how we tell it.”

The chosen medium was video. And it took a lot more time to pull it all together than may have been expected at the onset.

“The amount of effort is 10 times that of hosting an on-site visit in person,” Todare said. “The amount of time we’ve spent on dress rehearsals and scripts. How we handle the transitions, we underestimate this in face-to-face as they are natural. Now, we have to script it.

“… This has been a massive undertaking, involving the partner hotels, Talking Stick Resort Arena, Phoenix Convention Center, Arizona State University and Visit Phoenix to name a few. In each case, we needed to create videos and talking points that told a compelling story to make people feel as if they were experiencing the site visit at the same level as they would in person.”

A typical site visit would have anywhere from 30 to 50 people coming in and out all day, along with some small group sessions. On Thursday, they had a small group of point people on the call to answer questions that come up from anything on hotels to funding to events.

They had video segments like one of the Mercury and ASU mascots riding the Light Rail from Sky Harbor Airport to downtown Phoenix. Another one of the hotel GMs shooting hoops at the ASU practice facility. There were messages from Taurasi, Drysdale, Diggins-Smith, Suns GM James Jones, Mayor Kate Gallego and ASU women’s basketball coach Charli Turner Thorne.

One thing Todare knows for sure is that they have a good story to tell. They’ve done it before, and it’s worked.

“You’d be hard-pressed to find another place where fans want to be in April than Phoenix,” she said. “We say come early, stay late. … We have stressed this numerous times.

“Our experience with previous mega sporting events is that many visitors will extend their trips to take advantage of Arizona’s many attractions. It’s what makes Arizona such a great destination and really bolsters our pitch.”

The Pac-12 will try to play basketball and volleyball at the same time.

“In the back of my mind I knew I was going to have to pick one, but I think basketball made more sense kind of in this scenario,” Ware said.

Arizona's fourth-year motivated his team during a summer that included a book club, film — and long-delayed oral surgery.

D-backs continue long slump with another loss in San Francisco

D-backs lose as Giants get to Gallen

Arizona falls for 16th time in 18 games with 4-2 defeat in San Francisco on Monday night.

Wildcats women working out, waiting for NCAA's ruling on start to 2020-21 season

The NCAA is expected to announce Sept. 16 when men’s and women’s college basketball can start their seasons. Once that decision is made, the Wildcats will see how the Pac-12 responds. The conference pushed all sports competitions to January, though a recent arrangement with a rapid-testing company could conceivably change their timeframe again.

IFL veteran and Santa Rita product Cam Gaddis will return for another season with the Sugar Skulls.