US pipeline company halts some operations after cyberattack 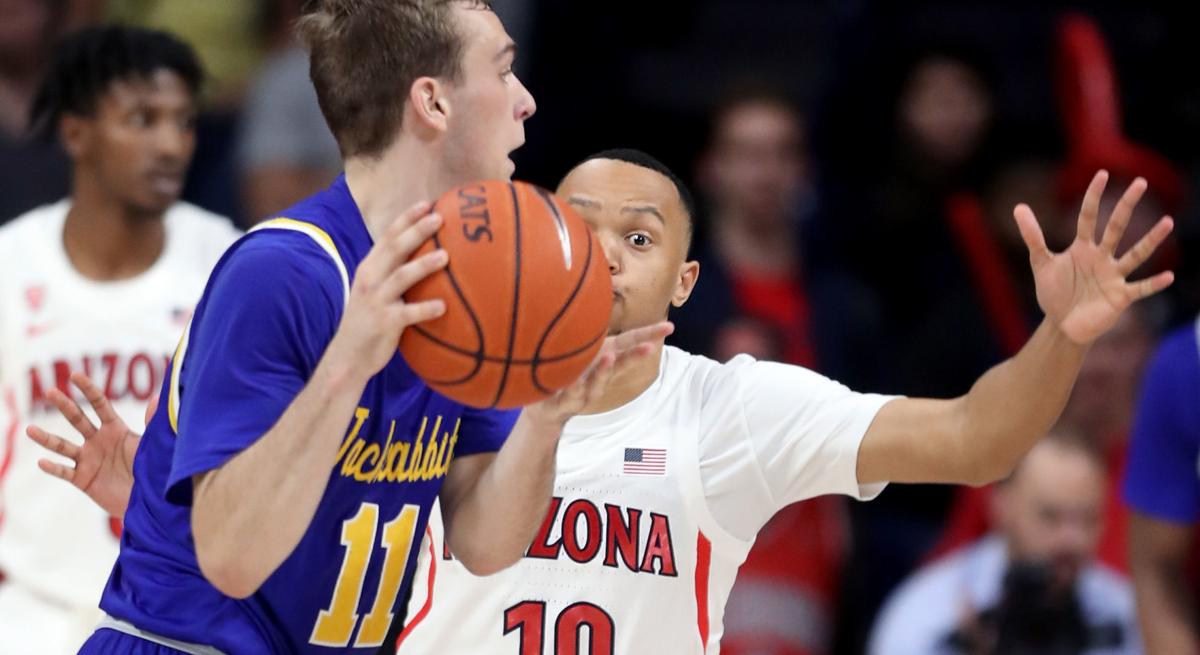 Arizona guard Jemarl Baker Jr., right, has proved he belongs in the first six games of the year. The transfer from Kentucky seems to be playing with a bit of a chip on his shoulder, which has helped the Wildcats. 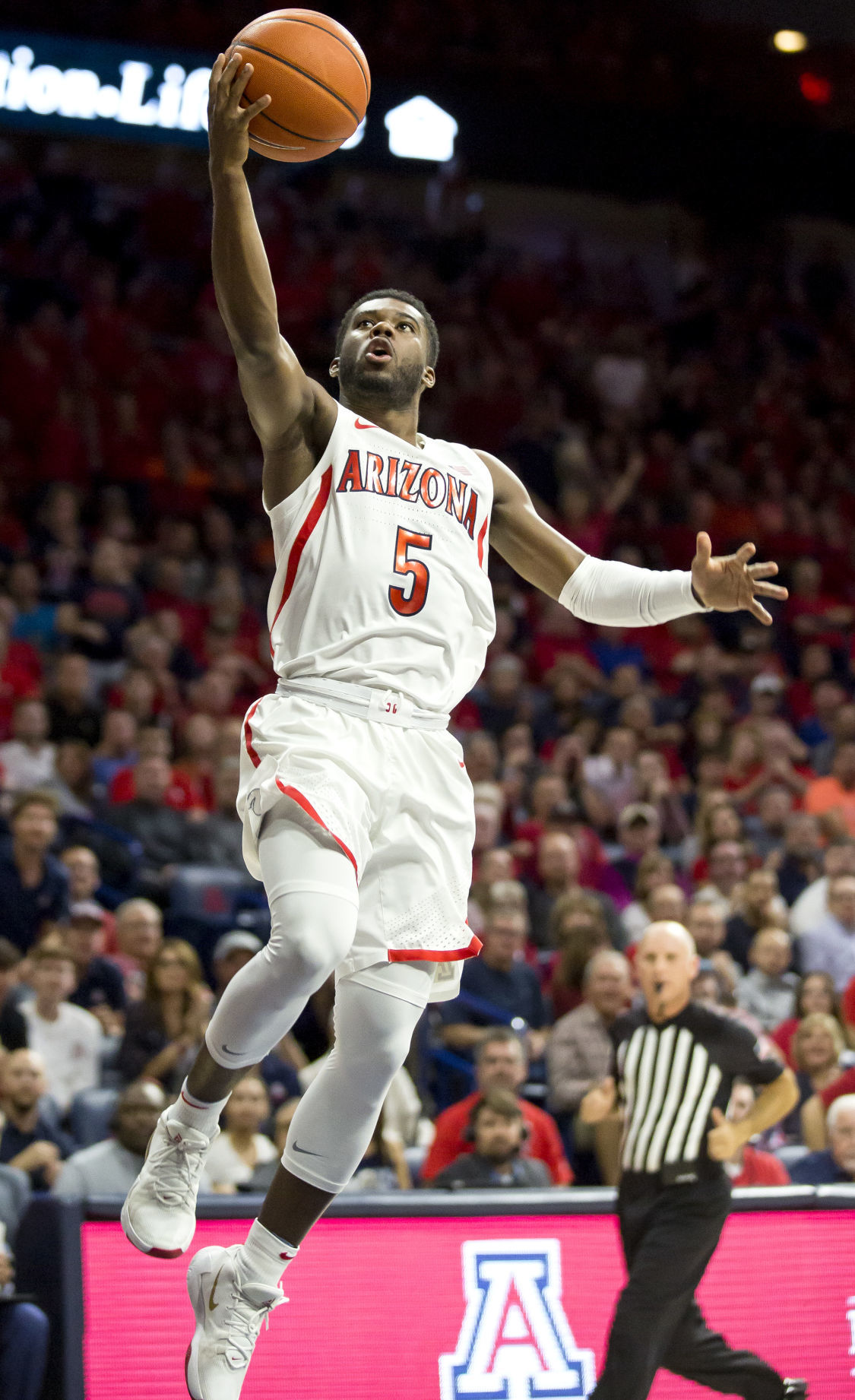 Max Hazzard, shooting against Illinois on Nov. 10, seems to carry himself the way his late grandfather, Walt, did at UCLA.

Maybe a few others, too.

I defer to Hazzard’s comment after he scored 19 points in UC Irvine’s NCAA Tournament upset over fourth-seeded Kansas State last spring: “We’re not just blowing smoke around here,” he said.

When Hazzard announced he would leave 30-5 Irvine — “I came here to play on a bigger stage,” he said after Arizona’s Sunday night victory over Long Beach State — it created a college basketball version of the gold rush.

Cal, Minnesota, Gonzaga, Pitt and TCU rushed to the scene. They probably had no chance. Sean Miller had such a presence in Hazzard’s basketball upbringing that it seemed inevitable Hazzard would play for the Wildcats.

Acquiring Hazzard for the 2019-20 season would’ve been a coup in itself — he was surely the most coveted 3-point shooter on the transfer market — but Arizona was also able to add Baker, who has used the first six games of the season to create a this-guy-is-legit vibe through the bleachers at McKale Center.

Baker has the mannerisms and intensity of a shorter Chris Mills, and being compared to the 1993 Pac-10 Player of the Year should give you an idea of what it means to add Baker to a bench-needy Arizona roster.

Together, Hazzard and Baker played 116 minutes in last year’s NCAA Tournament. The only other players on the UA roster with NCAA experience are Dylan Smith (four minutes) and Ira Lee (one minute).

That experience covers for the loss of guards Brandon Randolph and Brandon Williams.

Understandably, most of the attention given to Arizona’s Class of 2020 went to 5-star freshmen Nico Mannion and Josh Green, but as has been evident through six games, Baker and Hazzard are difference-makers in another way.

Sunday’s game was Exhibit A of Hazzard’s I-came-to-play approach.

Could you ask for a better approach from a sixth man? He’s not likely to bow to the pressure when Arizona steps into madhouses at Washington, Oregon and Arizona State.

Hazzard and Baker arrived at Arizona with some of the most impressive basketball DNA in the league, and perhaps that’s why they have been so ready for prime time and productive through six games.

Baker’s father, also named Jemarl, was a defense-first guard at Cal-Northridge from 1987-90. He walked away from basketball as a senior, getting a job to help support his family. He raised Jemarl Jr., with similar approach.

Last year, when a Kentucky newspaper described Jemarl as “a shooter,” he told reporters it wasn’t accurate.

Baker was initially going to play at Cal, but when Bears coach Cuonzo Martin left to coach at Missouri, he reopened recruiting and fell for John Calipari’s invitation to Kentucky. Yet through all of that glamour, the most impressive thing I’ve read about Baker’s recruiting process was that he wanted to go to Cal because Martin “was really going to push me.”

Not “give him shots” or “make him a star.” You can book it that Miller is similarly “really going to push” Baker.

Baker appears to play with a chip on his shoulder rather than a look of privilege. Some of that surely came because he wasn’t the top scorer on his high school team at Eastvale Roosevelt in Southern California. That was forward Matthew Mitchell, who now averages 10 points a game at San Diego State.

Despite all of their basketball experience, both Baker and Hazzard continue to be in the process of proving themselves.

What better approach is there?

Hazzard carries himself the way his late grandfather, Walt Hazzard, did as a UCLA All-American point guard and as the Bruins’ head coach from 1984-88. Walt Hazzard won an Olympic gold medal with team USA at the 1964 Tokyo Olympics and was part of John Wooden’s championship machine at UCLA, yet he never kicked back and rested on those laurels.

When he coached against Lute Olson and Arizona in some memorable 1980s showdowns at Pauley Pavilion and McKale Center, Hazzard wore a game face like few coaches wear game faces.

He gave intensity a new definition. But before he could get the coaching job at UCLA, Hazzard had to prove himself at small-time Compton Community College and Chapman College.

Much like his grandfather before him, Max Hazzard has earned his way to a bigger stage.

'Mr. Football' on how Utah grinds out wins, why Arizona fans stay home — and who wins Saturday night

How ex-UA Wildcats fared in NBA on Monday night

Arizona guard Jemarl Baker Jr., right, has proved he belongs in the first six games of the year. The transfer from Kentucky seems to be playing with a bit of a chip on his shoulder, which has helped the Wildcats.

Max Hazzard, shooting against Illinois on Nov. 10, seems to carry himself the way his late grandfather, Walt, did at UCLA.