Southern Arizona’s largest youth soccer tournament is celebrating its 30th anniversary with its biggest event yet, with more than 380 soccer teams hitting the fields this weekend.

The Tucson Association of Realtors Fort Lowell Shootout kicks off Friday night, with its Olympic-style Opening Ceremonies, featuring the parade of teams, followed by the Soccer Olympics and the Spirit Cup. The evening’s celebration will culminate with a new event — a fireworks show, presented by the Tucson Roadrunners.

Tournament play begins Saturday morning and will run through the weekend.

Paige Watson was 10 years old when she played in the inaugural event 30 years ago, and the tournament has stayed near and dear to her heart in the years since. She’ll be back this year as a coach and volunteer.

Watson, 40, started playing soccer when she was 4 years old, and took part in the first three Shootouts before signing on with a competitive team affiliated with Fort Lowell Soccer Club. The players on her team served as volunteers for the fledgling Shootout, helping to run the programs for the younger athletes.

“It’s just kind of stuck with me for 30 more years,” Watson said.

The Shootout has since become something of a family affair for Watson, with her mother and daughter also participating in the event.

Watson’s mother, Sue Nesper, is a member of the Shootout’s board and serves as field marshal coordinator. The 66-year-old ensures that the officials in charge of each field have all the materials they need to oversee the games.

“That’s when I get to see her most, is this weekend,” Watson said. “We both live here, but we’re both super-busy, so this weekend is our time to spend together.”

Tatum Watson, now 19, “has been there helping me run the Shootout since she was 2 years old,” her mother said.

“By the time she graduated high school, she basically ran the programs for me and I could sit back and only step in when I had to, if there were coaches or referees or issues bigger than she could handle. Everything else, she took care of for me.”

Paige Watson served on the Shootout’s board until she moved to Sahuarita about 10 years ago. She has remained involved as a volunteer, helping out where needed, while also serving as a coach.

Paige Watson coached Tatum’s soccer team from sixth grade through high school, and stuck with the team after her daughter left for college last year. Once her daughter’s remaining teammates graduated, club officials asked Watson to start over with a new team.

“Now I have 10- and 11-year-old girls, and I’m taking them to the Shootout for their first experience,” Watson said. An expert on all things Shootout, Watson said that her favorite part is Friday night’s celebration.

“When they set this up, they had a vision to make it something different,” Watson said, adding that she’s traveled to soccer tournaments across the Southwest and outside of the United States, but that nothing compares to the Shootout’s Friday night Opening Ceremonies and Soccer Olympics. “The kids get dressed up and have their mascots and banners, and they’re just so excited. It’s just something that these kids are going to remember for the rest of their lives.”

Watson still remembers the fun she had with her teammates during the Shootout’s first year. Her love for soccer has only grown since.

“I’m still best friends with girls I played with 30 years ago in the first Shootout. We still see each other several times a year and hang out,” Watson said. “(Soccer) is my life, my family. It’s three generations. My mom’s still involved, my daughter’s playing on her club team. It’s what we do.”

“The growth of the Shootout year after year has been immense,” tournament director Kat Jackson said.

“It’s just something to see,” Watson said of the Shootout. “It’s so incredible, the amount of kids, the smiles, the happiness and the craziness. As a parent, you just appreciate moments where your kids are truly, truly happy.”

Tucson Youth Football and Spirit Federation's 10U Southwest Rams and 14U All Star team traveled to Florida last week for the event.

Greg Hansen: Utes will be solid next year — and that’s OK by me

After a lifetime of dreading Utah, Greg would be fine if Utah makes a run to Pac-12 title in 2021.

Colorado, which visits Arizona on Saturday, improves to 3-1 in conference play.

Seen and heard from Arizona's blowout win over No. 20 Colorado at McKale Center on Saturday.

Joshua Hilaire turned himself into police two days after the May 6, 2018 death of his 18-year-old girlfriend, Rosaura Hernandez. Family members found Hernandez dead in the midtown apartment the couple shared. 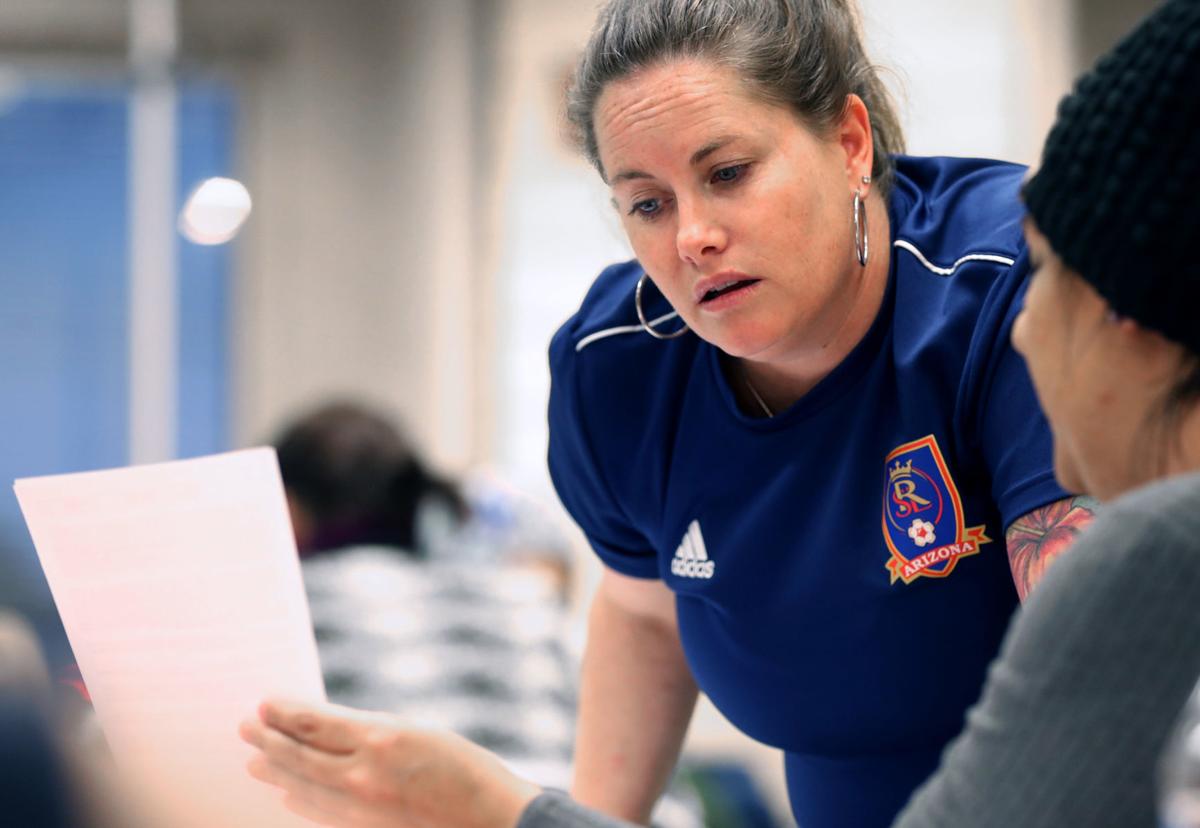 Paige Watson looks over paperwork while helping a volunteer register a youth soccer team for the Fort Lowell Shootout. 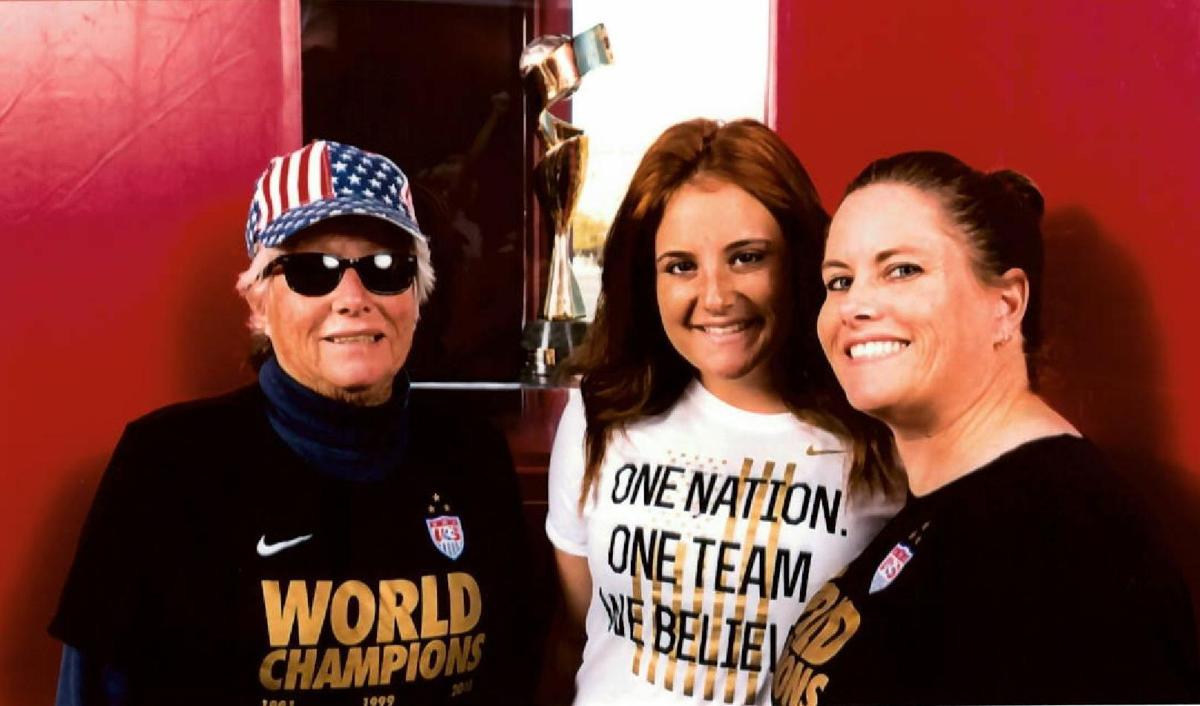 Sue Nesper, Tatum Watson and Paige Watson at the 2015 Fort Lowell Shootout. Soccer “is my life, my family. It’s three generations. … It’s what we do,” Paige Watson said. 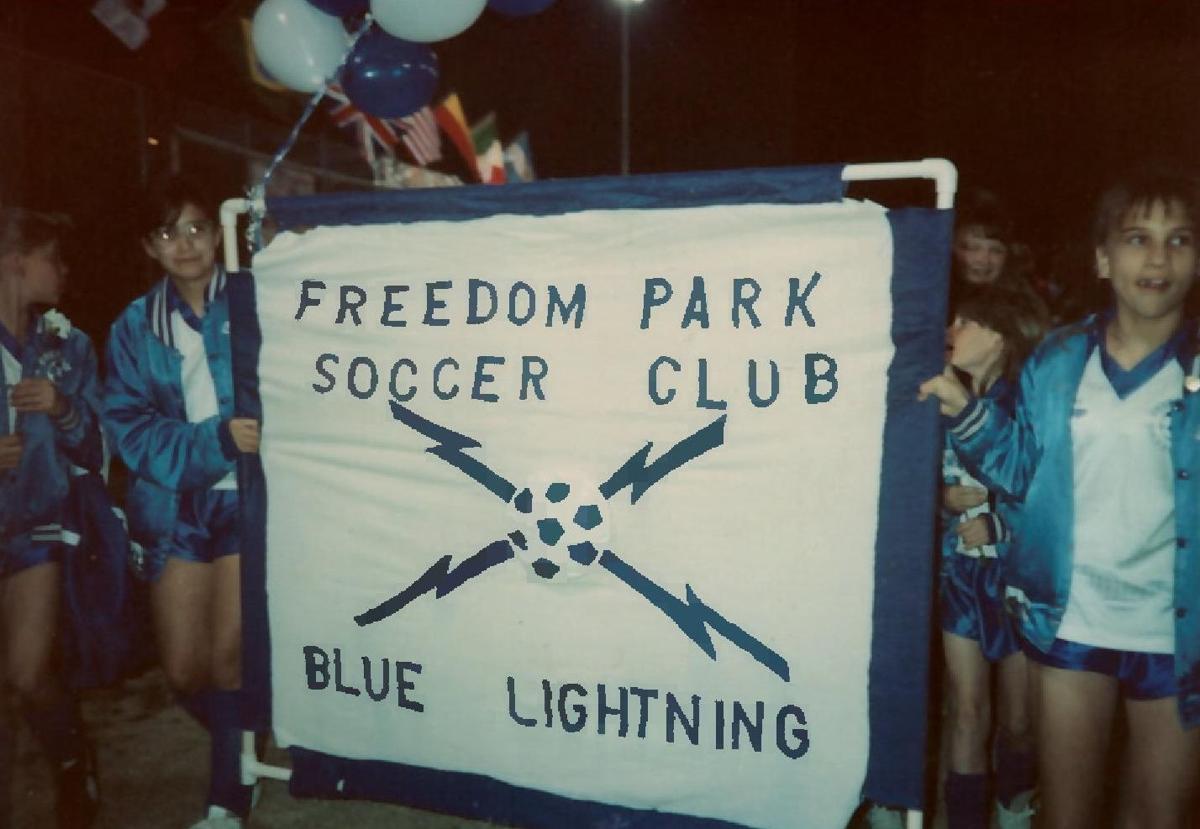 Paige Watson, second from the right, played in the first Fort Lowell Shootout in 1991. She’s stayed connected to the event, taking on roles as a board member and now coach.