When Josh Gable kicked for the Tucson Sugar Skulls two years ago, he was on the short end of game-winning field goals a time or two.

Returning to Tucson for the first time since the 2019 season, Gable nailed a last-second 48-yard field goal against his former team as the Massachusetts Pirates beat the Sugar Skulls at Tucson Arena, 37-34.

Gable made three field goals Saturday night, including a 52-yarder in the first half. His walk-off kick handed the Sugar Skulls (1-4) their third straight loss. The Pirates improved to 4-3.

Gable's heroics spoiled Sugar Skulls wide receiver Ryan Balentine's record-setting night. Balentine hauled in a 30-yard over-the-shoulder pass down to the five-yard line to start the second half, becoming the Indoor Football League's all-time leading receiver. His grab set up running back Mike Jones for a punch-in touchdown, his second of the night, and the Sugar Skulls took a 27-20 lead.

Balentine passed IFL Hall of Famer Bryan Pray (5,613 yards), who played for the Iowa Barnstormers and Cedar Rapids Titans. Balentine said picking up the record has "been a long time coming."

"It's always a great personal goal," said Balentine. "We all have our personal goals … but now it's time work on the team goal."

Wooten, who coached Balentine in Iowa for three seasons before the two came to Tucson, said the accomplishment of his wide receiver is "amazing."

"I've been with him for the majority of his career and I get to see it every day," Wooten said. "He's a ballplayer, he's a hard worker and does whatever he needs to do to be successful, and it's really showing. I'm proud of him, but I guarantee he'd want the win instead of the record. I promise you that."

Fourth-quarter miscues and lack of execution hindered the young Sugar Skulls yet again.

With the game tied 27-27, the Pirates surprised the Sugar Skulls with an onside kick. Tucson defensive back Matt Elam was flagged for unsportsmanlike conduct, which helped the Pirates advance down the field on third down, leading to Massachusetts quarterback Alejandro Bennifield rushing in for a score.

Tucson got the ball back with a chance to tie the game, but Croft fumbled at the 1-yard line going in. The lost fumble marked was Croft's third fourth-quarter turnover of the season.

"We can't turn the ball over that close to the end zone. Again, we lose the turnover battle and lose another football game. We can't fumble the ball on the goal line," Wooten said.

Croft said the fumble "was tough, especially when you're knocking on the door."

"Getting ready to tie the game up, that's a tough position to be in," Croft said. "It hurts, but it's something I can learn from."

The Sugar Skulls were given one more opportunity to send the game into overtime after Gable missed a 23-yard field goal that would have sealed the game. Croft scampered in for his second rushing touchdown of the game, tying the contest with 18 seconds left.

There was enough time for the Pirates to set up Gable for a game-winning shot at the end. Even the back-to-back false start penalties — and Wooten's call for timeouts to ice the kicker — weren't enough to phase Gable.

Going into the season, the Sugar Skulls preached "championship or bust" expectations. For now, Wooten's approach is learning from losses.

Up next: Tucson will face the Northern Arizona Wranglers Saturday night in Prescott Valley.

“He was the type of parent where if I wanted to do something, he’d support me 100%. That’s what I’m going to do when it’s time for me to start my family.”

Over the next week, the Star is looking back at what made the 2020-21 sports year one of the most exciting in UA history. 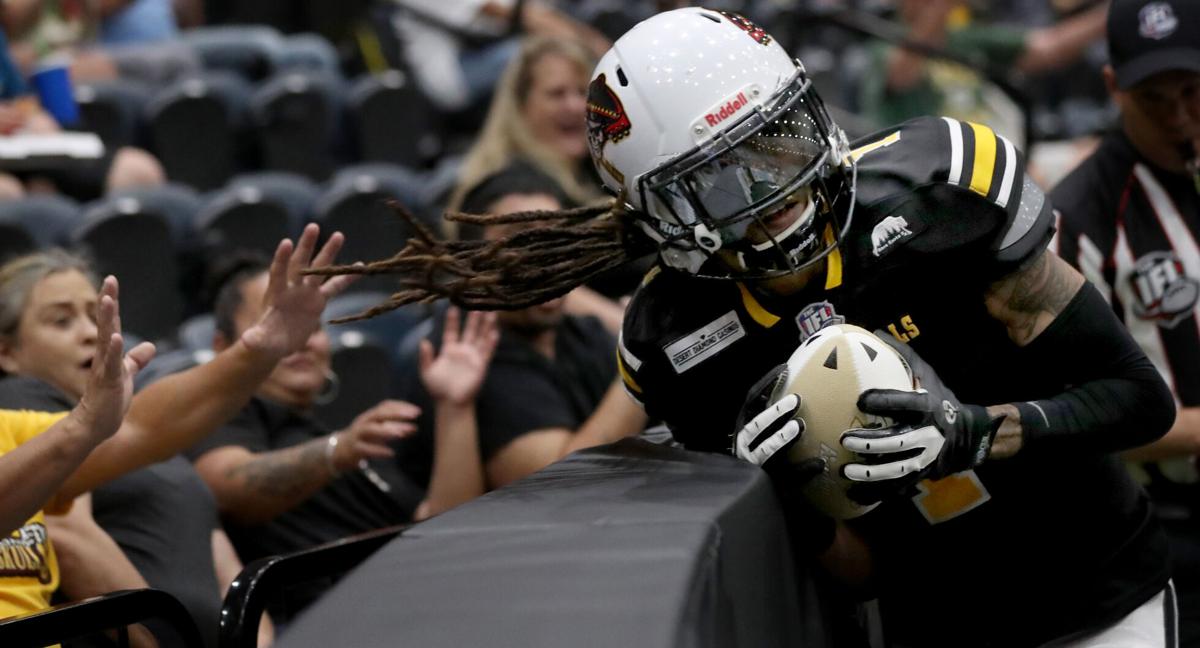 Sugar Skulls' Ryan Balentine (1) slams into the boards making his touchdown catch in the second quarter against Massachusetts at the TCC, Tucson, Ariz., June 19, 2021. 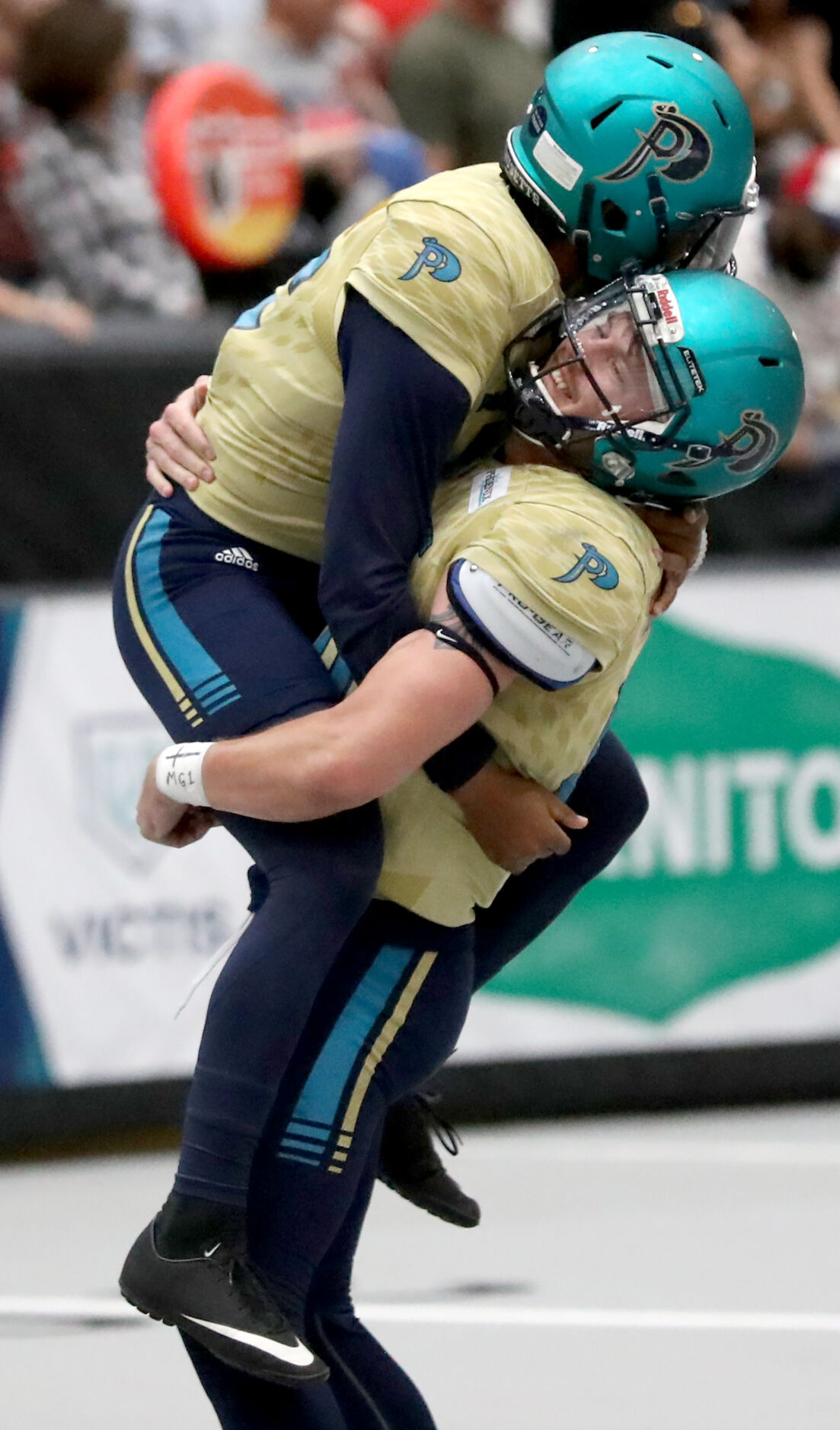 Massachusetts' holder Sean Brackett (10) hoists kicker Josh Gable (16) into the air after his long field goal in the last second of the game gave the Pirates a 37-34 win over the Sugar Skulls at the TCC, Tucson, Ariz., June 19, 2021.