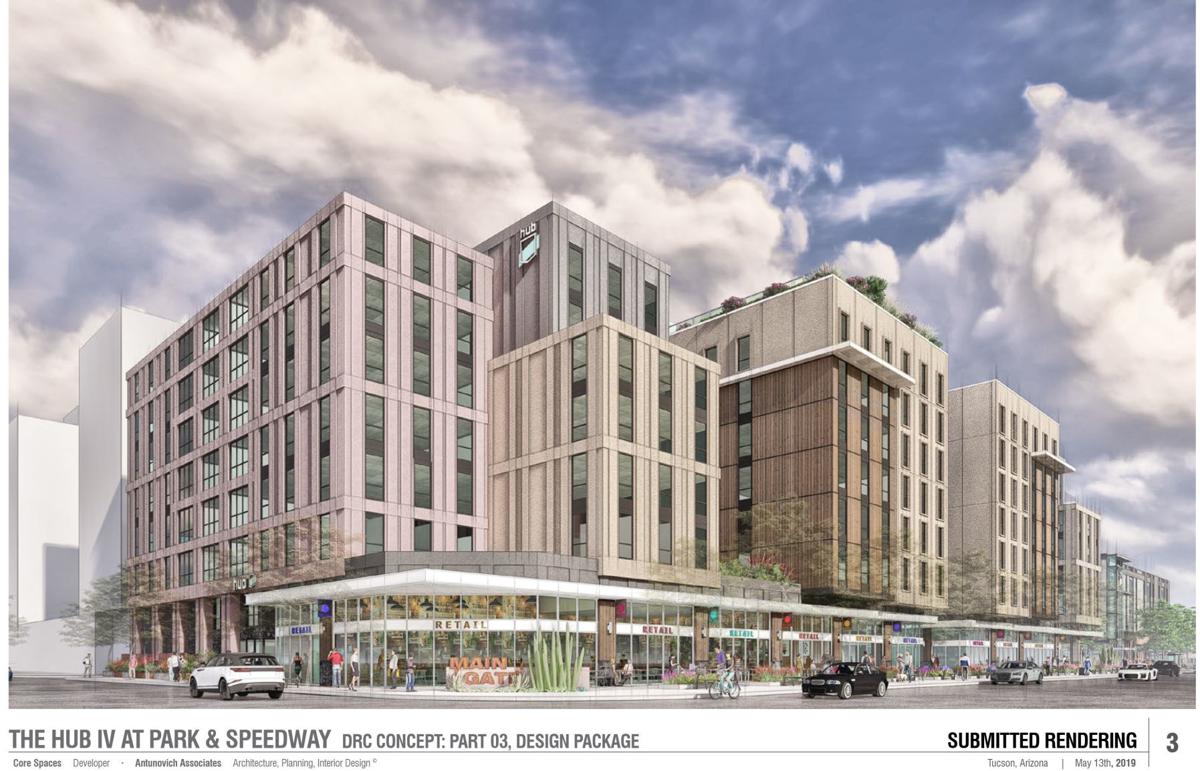 Core Spaces plans to break ground on a new complex – four to six stories above ground-level retail – by the end of 2019. 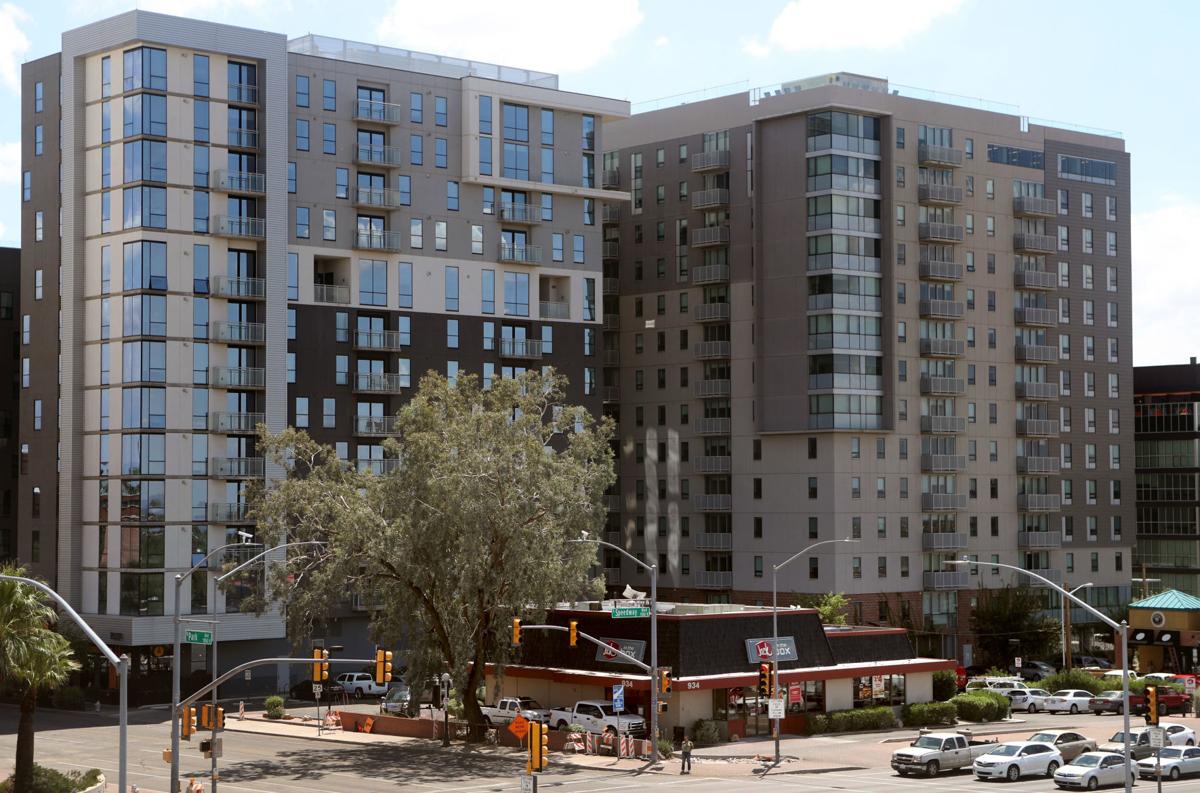 Hub IV will go up at the southwest corner of North Park Avenue and East Speedway. It will have 152 apartments with 485 beds for rent in townhouse-style units. At its tallest point, the complex will be 84 feet high.

Another tower will be added to the array of high-rise student housing complexes near the University of Arizona.

Core Spaces, developers of Hub projects, and in financial partnership with Up Campus Properties, plans to break ground on a new complex — four to six stories above ground-level retail — by the end of the year.

In other college towns, Core Spaces has no more than two complexes. This will be its fourth Hub high-rise in Tucson.

To be seated above a retail strip on the southwest corner of North Park Avenue and East Speedway, Hub IV will have 152 apartments with 485 beds for rent in townhouse-style units.

The land was bought for $4.9 million, records with the Pima County Recorder’s Office show.

“We love this market,” said Eric Grimm, chief development officer for Core Spaces. “All of our projects are fully leased and Park and Speedway is an A-plus location — the entry to the university.”

At its tallest point, the complex will be 84 feet high and will include a penthouse, pool terrace and mezzanine.

Core Spaces and Up Campus Properties is also constructing a market-rate apartment complex — The Collective — at 930 E. Second St., which has been rebranded as ōLiv.

Its third Hub project, at Speedway and Tyndall Avenue, opens later this month and was 98% leased as of Aug. 1.

Debbie Heslop, with Volk Co., has represented Core Spaces on its land acquisition for the Tucson projects. Core plans to have Hub IV open for the 2021 school year.

There are also two student high-rises near the UA that were built by other companies, and a third that opens this month.

The proliferation of student housing complexes is being driven by the growth of out-of-state students attending the UA.

“Out-of-state students are much more likely to need a place of their own and it’s a reasonable assumption that a family that can afford the higher tuition may also have flexibility in the housing rates they can afford,” he said.

“Particularly if students are coming from more expensive markets, like either coast, the $1,000 to $1,600 rent for a bed in a luxury student development seems reasonable — maybe even a bargain — compared to what they have paid at home.”

Across the country, student housing has evolved from a niche market to its own sector, Murphy said.

“We’re still a culture that buys into the theory that all kids are better off if they go to college, and if you’re not staying with mom and dad, you need a place to stay,” he said. “That generates quantifiable demand and, in many markets including Tucson, that demand has been pent-up for a long time.”

Today’s students want the luxury that comes with these high-end projects and not the older, renovated complexes that are farther from campus.

“This is the now second consecutive generation to come of age with heightened expectations of amenity access and accommodation,” Murphy said.

“As a result, the appeal of that converted older property is comparatively low when established developers are creating Class A luxury student housing, which, frankly, is a term a lot of us in the industry are still having trouble getting our heads around.”

How will the surrounding neighborhoods be impacted?

City Councilman Steve Kozachik, whose ward includes the UA, has long been a proponent of keeping student housing developments on or near campus.

“I’m going to continue beating the drum of making space available within the campus footprint when these companies come knocking,” he said.

“There are plenty of old one- to three-story dorms on campus that could be demo’d to make room for one of these modern towers without causing any of the collateral impacts on surrounding neighborhoods.”

He said out-of-state developers have contacted his office about building on campus.

“I’m happy to make those introductions,” Kozachik said, “if asked to do so.”

Indoor playground for kids to open in Tucson

The Chrome Complex is being developed on Speedway near Country Club Road.

Tucson is being asked to annex and rezone the land. Neighbors are voicing opposition.

Larsen Baker and Volk Co. are planning to bring new retail to the center.

Core Spaces plans to break ground on a new complex – four to six stories above ground-level retail – by the end of 2019.

Hub IV will go up at the southwest corner of North Park Avenue and East Speedway. It will have 152 apartments with 485 beds for rent in townhouse-style units. At its tallest point, the complex will be 84 feet high.