Raena Janes, founder and director of La Paloma Academy charter schools, recently was presented with a bronze Stevie Award for Women in Business.

The New York-based awards, founded as the American Business Awards in 2002, were started by an American businessman to recognize top business leaders and restore corporate trust in wake of the Enron scandal. The Women in Business awards, handed out in November, span 48 individual categories.

Janes won a bronze Stevie for Female Entrepreneur of the Year in consumer services, for businesses with up to 2,500 employees.

A native Tucsonan, the 40-year-old Janes founded La Paloma Academy in 2002 and heads Arizona Charter Schools, a for-profit school-management company. La Paloma expanded with a second campus in 2006 and a third in 2012, and now serves more than 1,800 students. Janes also runs four other Arizona charter schools, Heritage Elementary Schools in Glendale and Williams; and Liberty Traditional Charter School in Phoenix and Douglas.

The Star spoke with Janes about her Stevie Award, her journey and the road ahead.

Q: What have been your biggest challenges in being a female entrepreneur?

A: Well, there have been a lot of business challenges, of course, with state funding and (providing) quality facilities, but I don’t know if it’s been gender-specific. There have just been lots of hurdles along the way just doing business in Arizona and trying to fill the school with quality teaching, so there have been a lot of issues like that, but I don’t know if any of it has been really gender-specific. I’ve never had an issue because someone didn’t respect me or give me an opportunity because I was a woman.

Q: How did it feel to be named Female Entrepreneur of the Year?

A: It was amazing! Yeah, I just go to work every day, and you know you put your head down and work, work, work, and then it’s nice once you take your head out of the sand and you’re like ‘Wow I’m actually being honored.’ It’s a huge honor to even be considered for something like this and then being the winner is pretty great.

Q: How did you come to found and direct seven Arizona charter schools?

A: I wrote the charter (for) La Paloma from scratch. So, I started with nothing and opened the first school, and then two years later we opened a second campus because we had so many kids that wanted to be off the waiting list and come to the schools.

At first, I wanted a school that I would send my own kids to and that I didn’t feel in Tucson there was enough school choice. Where I started, everyone was assigned to their district, and you couldn’t move districts. It was all about where you lived and you were assigned a school, and I didn’t think that was right, especially with the way that all district schools are funded. You know the schools that are in better neighborhoods get more money because of the property tax, so I really wanted it to break right open and the parents could choose what the right school for their kid was.

Q: What are the greatest challenges with the combination of managing the seven schools and mentoring your staff?

So, hopefully every decision that comes down has those two guiding principles, and that’s what’s directing how we do business every day. It’s always a challenge to make right decisions and be frugal and plan and do everything that we can but it’s always what’s in the best interest of the kids, ultimately, because that’s our product. ... As long as we keep that our No. 1 priority, everything else will kind of fall into place.

Q: Through your experiences with the charter schools, what have been the greatest rewards?

A: Well, on the warm, fuzzy side, definitely working with the kids and seeing their accomplishments. We have so many kids coming in under grade level, they are not where they need to be, and to really work with their families and get all of the resources they need. The schools offer so many other programs like reading review at lunch, before- and after-school care, and we’re really trying to take care of the whole family. That part for me is very, very rewarding. But on the business end, I love the fact that we’re always growing in the community, so I feel like my employees have the opportunity to move up.

Q: What sets your schools’ programs aside from others?

A: Well, we try to run our schools like free private schools. So we have a strict dress code, strict honor code; we do ‘Character Counts,’ but we really make that kind of like the plate that everything else sits upon. We demand that our students are respectful and caring and our students have a choice to be there or not. So we do expel quite a few kids a year that don’t want to be a part of that program. We want it to be a very safe place where parents are very comfortable. It’s really like a family atmosphere and because we have incorporated so many community programs into our schools, it’s much more than just educating their child at the schools. Everyone is there to help and it’s kind of like it takes a village, we really provide a village of resources.

Q: What other work do you do aside from education?

A: I work really strongly with Angel Charity (for Children) of Tucson. That takes up a lot of my time. We also organize a lot of different charity opportunities within the schools. We also do things like writing to the military, but it’s really important for us. My whole life I’ve been doing charity work, and I think that’s a really important component.

Q: What are your goals for the future?

A: Well, I would love to have more charter schools. I mean, I really believe in school choice. I think the choice I provide with my schools really serves a very large group of people, so I think it’s very needed. ... I would love to have about 10,000 students. Right now I have about 3,000 students that attend my schools. I would also like to help other charter schools that need assistance in grant writing and special-ed, or their food programs. Those things are so hard to come by and I have such an amazing and overqualified staff that I think we could be a great resource for other schools, and I’m happy to help.

Spotlight is an occasional Star feature focusing on local businesspeople.

Ashley Powell is a NASA Space Grant intern at the University of Arizona and the Star. Contact her at apowell@azstarnet.com or 573-4674.

Honoring Tucson moms — and daughters — who work together

The bond between these mothers and daughters goes beyond DNA, as they partner on business ventures.

Are you at risk of becoming one of them?

Micro Safari, by a Tucson entrepreneur, gives an upclose look at 30 soil-dwelling species with a microscope that clips on to a cell phone.

How to fill in your financial blind spots

Also, check out more of the week's best financial tips from experts at NerdWallet, Forbes and the Motley Fool.

CLEMMONS, N.C. (AP) — The nation's largest fuel pipeline restarted operations Wednesday, days after it was forced to shut down by a gang of hackers. 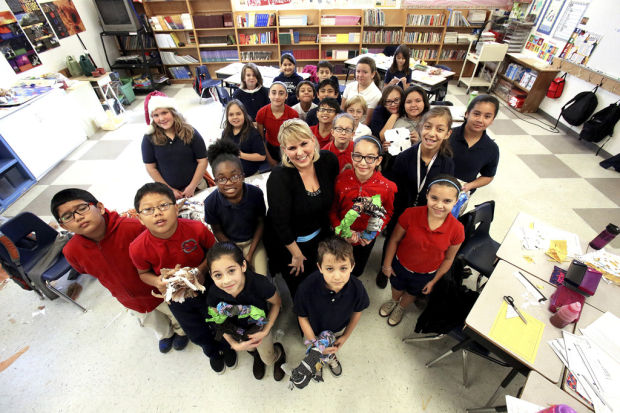 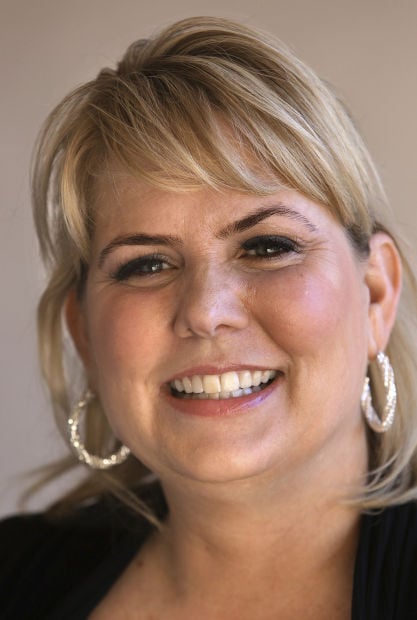