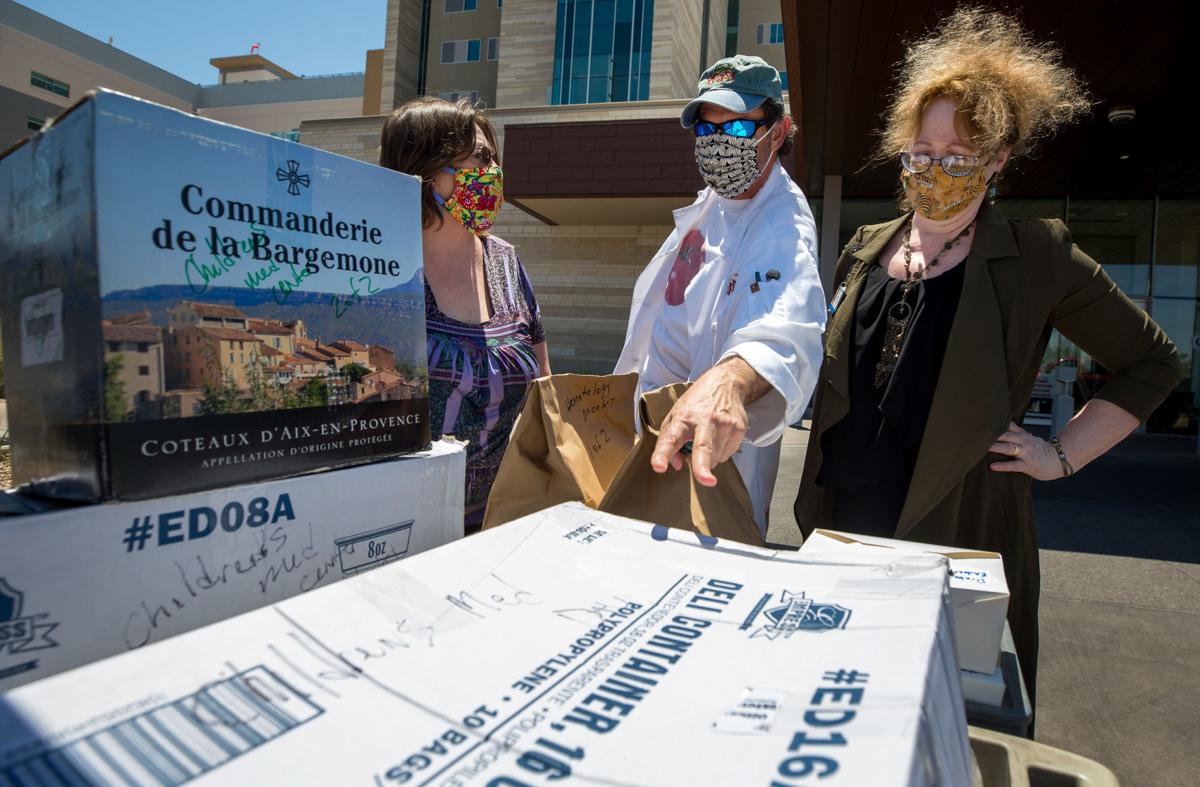 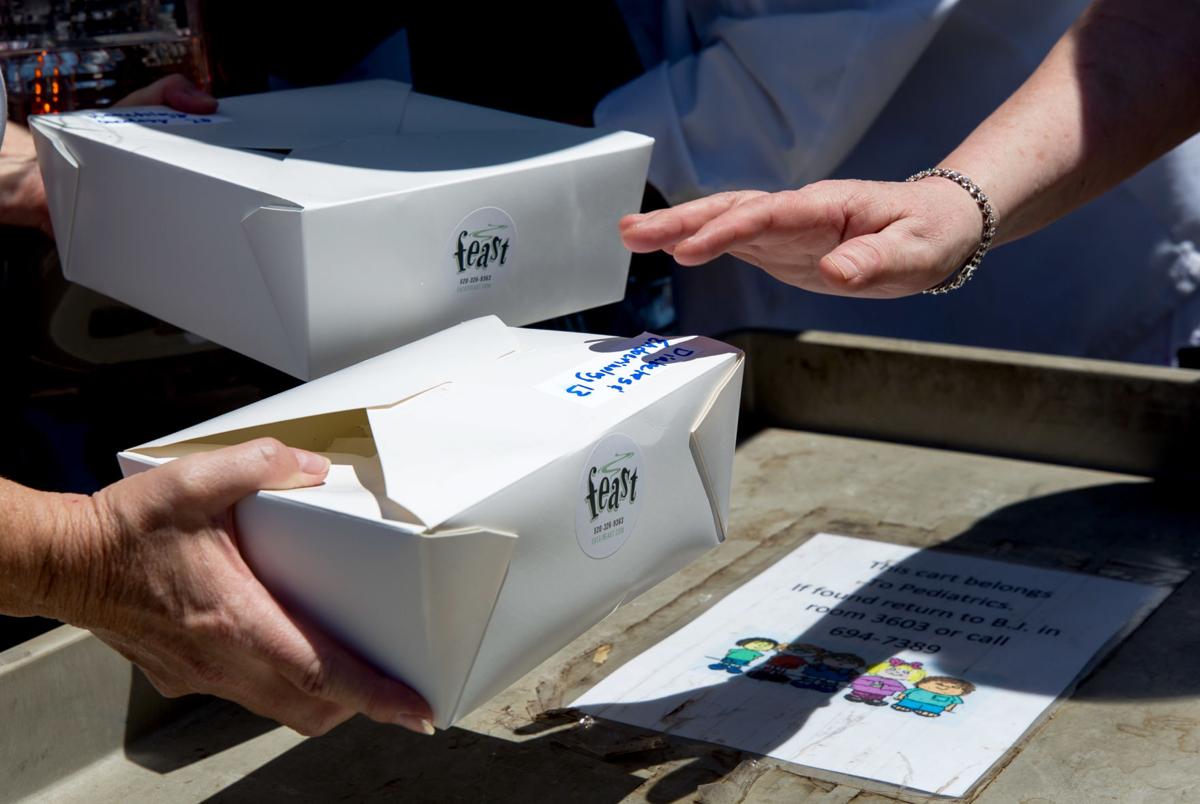 Since early April, Feast owner Doug Levy and his crew have prepared and distributed more than 3,000 meals, like beef bourguignon and chicken cacciatore, to workers at various hospitals across Tucson. 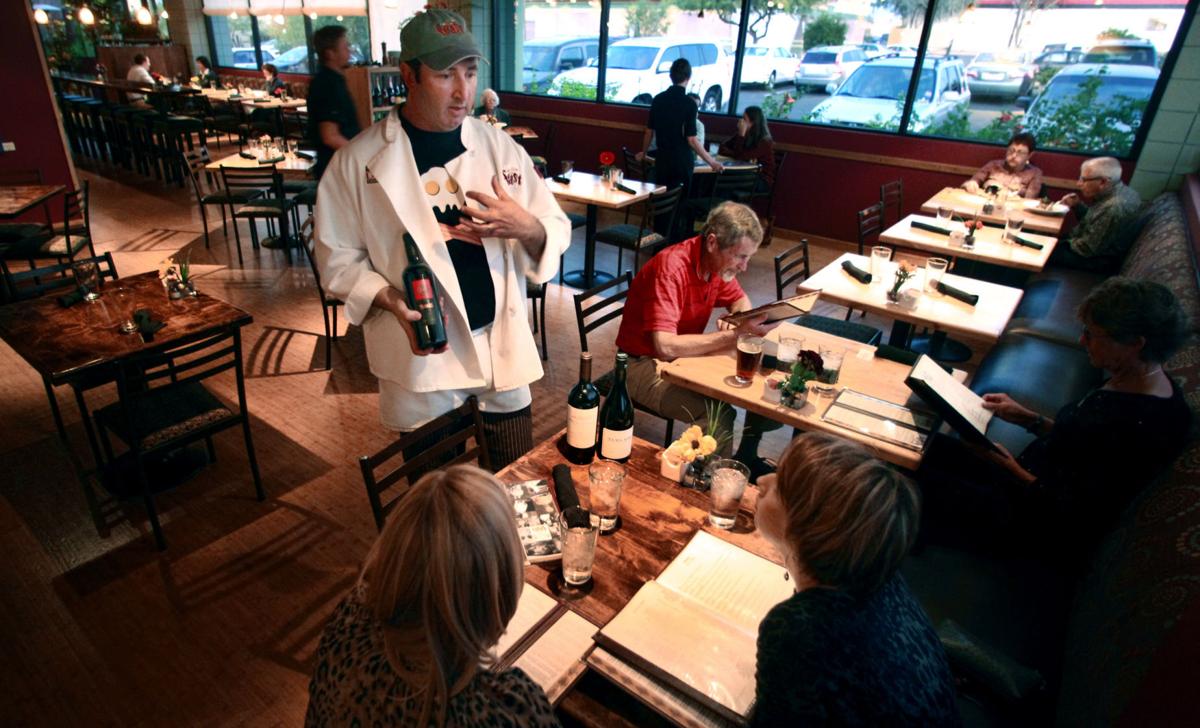 Throughout the coronavirus crisis, Levy has kept his staff on the payroll with reduced hours, thanks in part to a couple hundred thousand dollars in federal paycheck protection program funds.

The image Doug Levy’s nurse friend painted in late March was heart-wrenching: Families of those who had succumbed to COVID-19 at Tucson Medical Center collecting their loved one’s belongings.

It was a scene playing out at hospitals throughout Tucson in the early days of the coronavirus, when doctors and nurses were overwhelmed by the sheer number of those infected. And a novel virus like COVID-19 doesn’t come with instructions; in those early days, before doctors and scientists learned all that they now know, medical personnel were largely working in the dark, causing a physical and emotional toll on many of them.

There wasn’t much Levy could do to ease their pain, but there was one thing he could do to bring a bright spot, no matter how fleeting, to their dark days: Feed them.

“I thought it would really be nice to show some support,” the 54-year-old chef-owner of Feast on East Speedway recalled last week. “I said let’s donate some meals.”

Every 10 days to two weeks since early April, Levy and his crew have prepared and distributed more than 3,000 meals to hospital workers at TMC, Tucson VA Medical Center, St. Mary’s, Diamond Children’s Medical Center and other area hospitals.

Feeding hundreds of hospital workers beef bourguignon, chicken cacciatore and other special dishes — served in Cryovac bags perfect for reheating later in the microwave or on the stovetop — is not cheap, especially when your restaurant is closed except for takeout and your revenues have dropped by a third or more.

“I put it out there and said we’re doing this and if anyone would like to donate a meal, boy that would be helpful,” Levy said.

The deal was that for every 250 meals donated, Feast would kick in 50. And when they got to 300, they would arrange for a donation.

The response was immediate and generous.

“People were happy to support us in supporting others,” said Levy, who grew up in Tucson and has worked in restaurants since he was a teen.

“The people that are supporting his business are amazing,” said Camille Pons, the TMC Foundation donor services coordinator who helped arrange the TMC donations. “It’s keeping (Levy) and his staff afloat and it’s keeping the people who are doing this critical work fed. And they feel that the community cares for them, as well. It’s been such a remarkable journey for everybody involved.”

Levy is not the only restaurateur feeding emergency and health-care workers in the pandemic, and many of those restaurants, like Levy’s, are relying on their customer base to help foot the bill. But Levy’s Feastlings are his secret weapon.

“I think that’s been a really fortunate thing for us. I don’t know how people are doing it,” Levy said, lamenting the stresses of keeping restaurant doors open in the pandemic while also trying to help the community. “We are mercifully at a place where people know us and have been dining with us for years.”

Levy started the “Feastlings” emails 10 years ago, about the time he moved into his current location. The restaurant had spent its first nine years as a takeout and grab-and-go eatery in a much smaller space further up Speedway.

Levy continued doing takeout at the new location in addition to dine in, but when Tucson Mayor Regina Romero ordered restaurants to close dining rooms in response to COVID-19 in mid-March, Levy slipped into full-time takeout mode. And even when Gov. Doug Ducey opened the state back up for business in mid-May, allowing restaurant dining rooms to operate at half capacity, Levy continued doing takeout.

“I was part of the ‘Too Soon Arizona’ (movement) group of small businesses that said (reopening) was gong to … make this more dangerous and we would end up closing longer,” said Levy, who said he was concerned for his nearly three dozen mostly part-time employees. “If one of us would get sick, that would be it. We’d have to shut it down.”

Throughout the coronavirus crisis, Levy has kept his staff on the payroll with reduced hours, thanks in part to a couple hundred thousand dollars in federal paycheck protection program funds. His payroll has gone from $50,000 every two weeks to around $30,000 while his business has dropped about 35% — a dip that almost mirrors his annual summertime declines with the absence of students and winter residents, he said.

Levy said the financial blow could have been worse had it not been for the connections he has made through his “Feastlings” emails.

“So much of what I do in normal times is go around talking to our guests and having a kind of personal experience and seeing how things are going for people,” he said.

His emails have gone from weekly or biweekly notifications of weekly specials, menu changes and wine dinners to a near daily outlet for Levy’s emotional journey as he and his guests navigate the COVID-19 era.

“It’s very therapeutic for me on a personal level,” he said. “I am spilling my guts.”

In a May 13 email, weeks into his pandemic journey, Levy said the emails were feeling like “written therapy with the 4,500 of you as my therapists. … What’s odd for me is the dramatic shift between feeling so connected to all of you and then finding myself on my bicycle at a stoplight in a deserted downtown this morning and feeling tears well up. Again.”

In a June 19 missive, he said he was wrapping his head around our new normal, which in addition to the pandemic social distancing and solitude included the wildfires on Mount Lemmon and social unrest after George Floyd’s murder and the Black Lives Matter protests.

“I don’t say it to be a drama queen; one of my biggest concerns with the combination of pandemic, social unrest and natural disaster is that each of us is so steeped in our own personal amalgam of fear and stress that we can’t always lift ourselves high enough to get a bird’s-eye view of humanity and see that each of us is going through a different struggle,” he wrote.

“We’re walking a fine line through this pandemic,” he penned on Aug. 1. “Half the time, I feel like with the apocalypse nigh, it warrants drinking the good stuff, and I’ll find myself pulling out a bottle that normally sticks its little neck out while my hand pauses over it, then passes. And there’s nothing wrong with that. The other half of the time, I wonder if I’ll ever be able to afford a nice bottle again, and I reach for the economical stuff.”

Levy said he plans to continue the hospital meals as long as he can; he will deliver meals next week to staffers at the VA hospital. And that’s good news for hospital workers, said Pons, who has known Levy since they both worked at the long-closed Café Terra Cotta years ago.

“I think what he does is art. And he is a very community-focused individual. I think it stems from the values and how he was raised,” Pons said.

Pons recalled the first time Levy brought food to TMC workers back in early April. He and his crew arrived with 300 meals.

“It was a gargantuan amount,” she said. “It was the first time we had dealt with those kinds of numbers.”

And Levy wasn’t dropping off sack lunches — a sandwich, chips, fruit and a cookie. These were gourmet, thoughtful meals that you would find on Feast’s ever-changing menu.

“If you were taking 10 minutes to have a bite, by God what you were eating was way out of the norm,” she said. “It was homemade and it was delicious. That makes a huge impact.”

To donate: If you'd like to help Doug Levy and his Feast staff feed Tucson hospital workers, you can make a donation to Feast with "hospital donation" in the memo and mail it or drop it off to Feast, 3719 E. Speedway, Tucson, 85716. Or call 326-9363 to make a credit-card donation.

After sending employees to work from home, businesses are adapting office spaces and developing policies to bring them back.

Mayor Regina Romero's order may be short-lived, as the Pima County Board of Supervisors is scheduled to meet Friday to discuss a mask ordinance for the entire county.

Family-run restaurant on Tucson's south side wants to see the number of cases statewide go down and its employees act responsibly outside of work to slow the spread of COVID 19.

BK's prepped hundreds of Sonoran hot dogs for hospital workers while Eegee's broke out its watermelon frozen treat for police, firefighters and the Community Food Bank of Southern Arizona.

These books will fulfill the yen to be on the move.

Rosie on the House: Tips for choosing a remodeling contractor

Remodeling your home is a big investment, do your homework before hiring a contractor.

More than 200 people contributed funds to support the local performing arts scene during the COVID-19 pandemic, which has forced the closure of live theaters across the country.

The theater company launched its digital season this week with "Alma," an impactful play on immigration.

The board voted to spend up to $250,000 to help sponsor the Dusk Music Festival, El Tour de Tucson, Arizona Bowl, Second Saturdays and the Jazz Festival.

Garrett's Family Steakhouse is serving Wiz Khalifa's HotBox by Wiz menu along with the menus from three other virtual restaurants all through third-party delivery apps.

Since early April, Feast owner Doug Levy and his crew have prepared and distributed more than 3,000 meals, like beef bourguignon and chicken cacciatore, to workers at various hospitals across Tucson.

Throughout the coronavirus crisis, Levy has kept his staff on the payroll with reduced hours, thanks in part to a couple hundred thousand dollars in federal paycheck protection program funds.