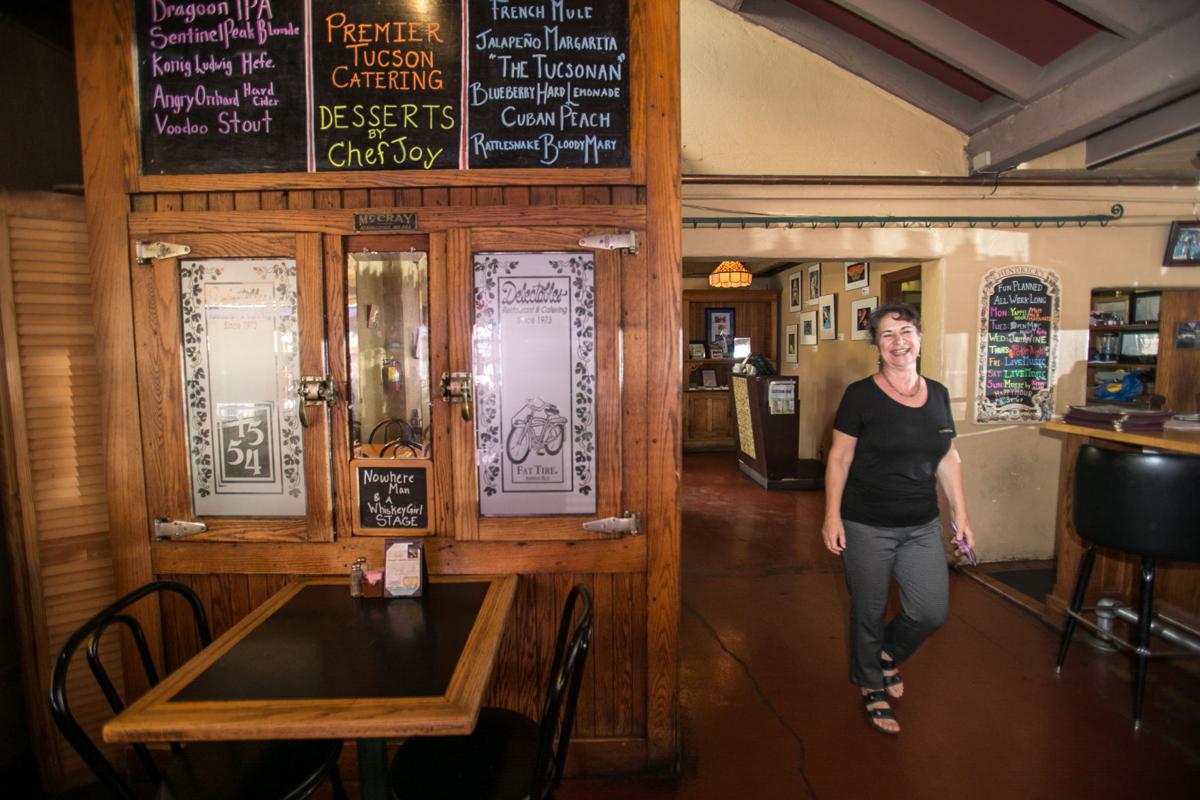 Donna DiFiore bought Delectables in 1982. She’s changing her focus to catering only, but the restaurant will stay open through June. 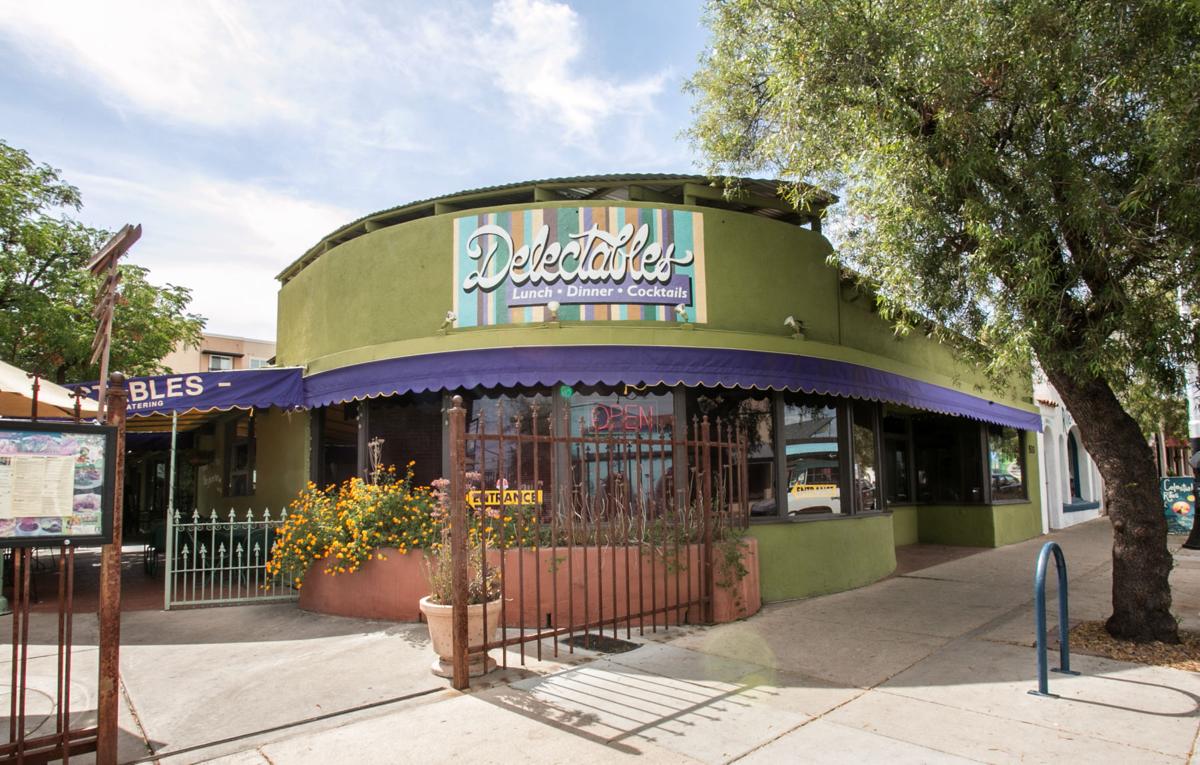 Difiore bought the Delectables building in 1988, moving from across the street. A new restaurant may move in. 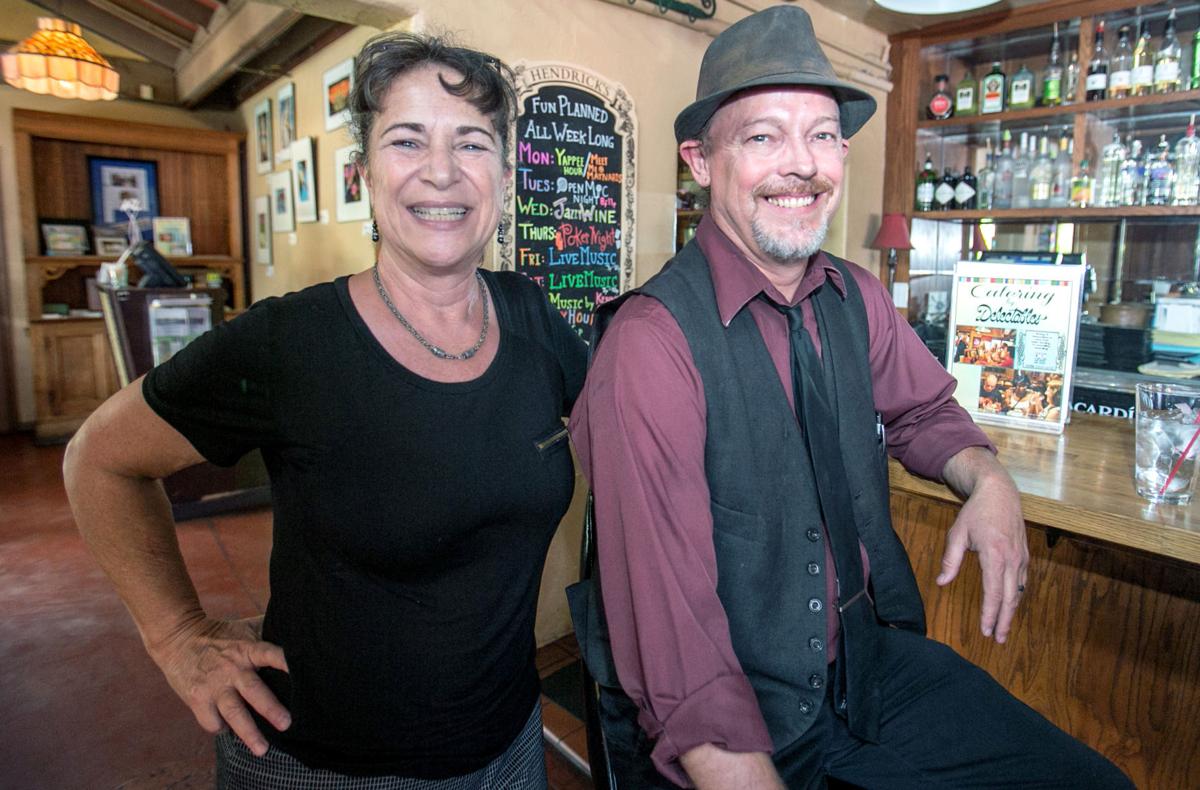 Owner Donna DiFiore and general manager Christopher Baldwin by the bar at Delectables. 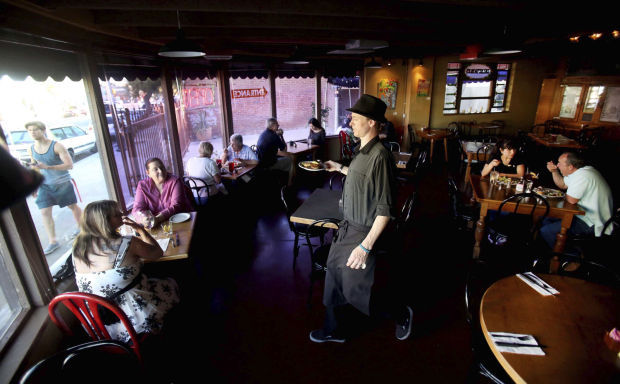 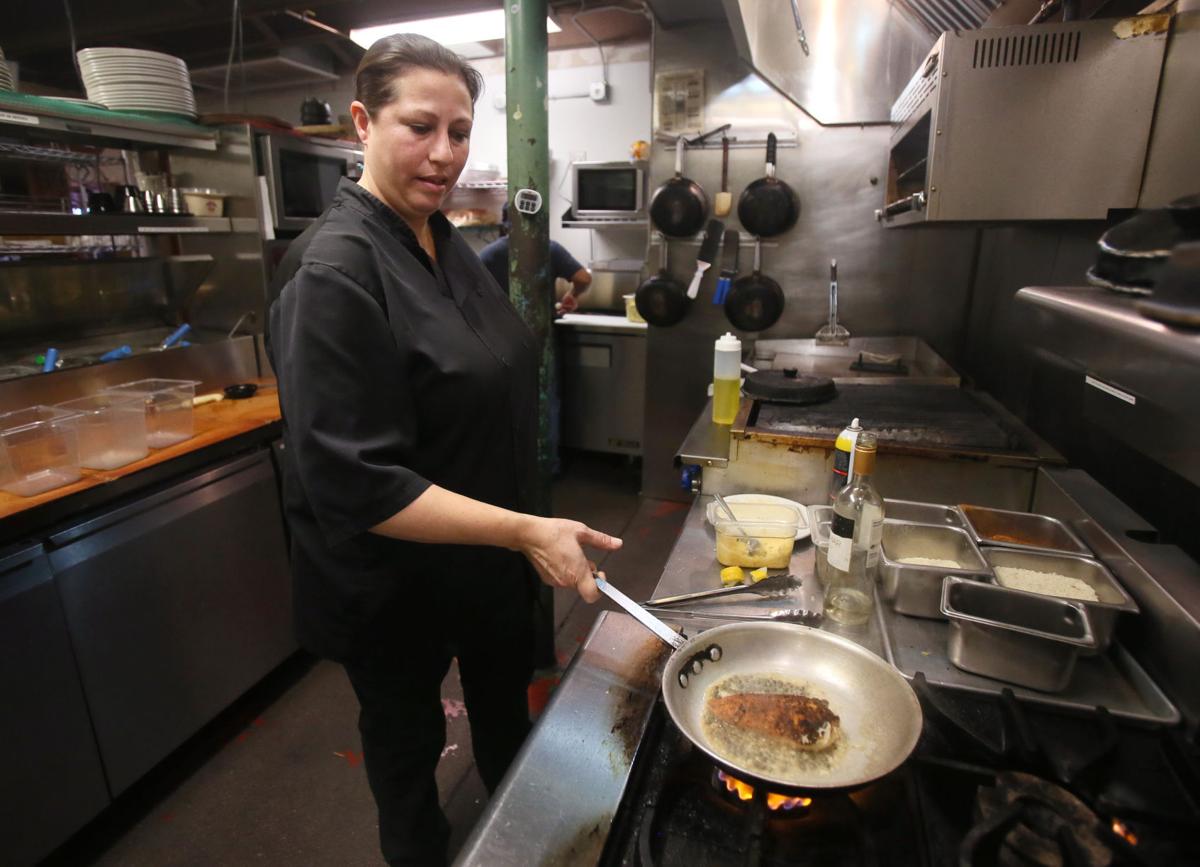 Tara Cragg, chef at Delectables Restaurant & Catering, 533 N. Fourth Ave., cooks up a chicken piccata dish. Cragg has been with the restaurant for nine years. 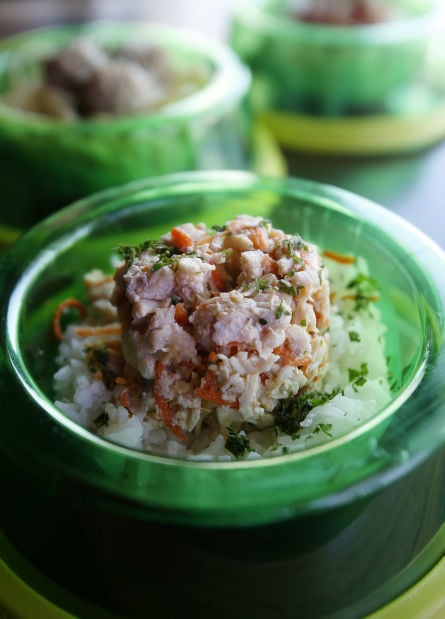 “Pup in the Chicken Coop” is on Delectables’ dog menu.

Owner Donna Difiore, who bought the restaurant in 1982, will transition Delectables into a catering-only business, possibly in a building not far from the restaurant at 533 N. Fourth Ave. She is hoping to close on the sale of the new location in the next week or so.

Difiore sold the Delectables building, which she bought in 1988, to an investor who first approached her in April. Last week she notified her staff and tenants, which includes Metropolis The Salon and the Flower Shoppe on 4th Avenue.

“This is kind of perfect timing. I get to keep my trademark Delectables, the Delectable catering, the recipes, everything that is my soul and my heart,” Difiore said Tuesday, the day she officially announced that she would be closing the restaurant. “It’s very exciting.”

Difiore said she hopes to launch the full-time catering business in early July.

Fred Ronstadt, executive director of the Fourth Avenue Merchants Association, said he has heard a restaurant will take over the Delectables space. He said he had no details or timeline.

Delectables was open just three years when Difiore came to work as its general manager in 1976. The restaurant was located across the street from its current location.

“There was a blackboard that hung outside the door and I would get up on a stool every morning and I would handwrite out the eight or nine plates we were serving that day,” she recalled, noting that the blackboard still hangs at the restaurant today. “That became the menu as we got popular. Now there are so many things that aren’t on the menu anymore and people still want them, like marinated roast beef and African tuna salad.”

Downtown and North Fourth Avenue were also much different places when the then-21-year-old Difiore began working at Delectables. Transients walked around sipping alcohol from bottles wrapped tight in brown paper sacks. Over the years, North Fourth Avenue metamorphosed from “ugly underpass to nice underpass.” It changed several years ago with the advent of the Sun Link streetcar, leading to today’s downtown that she described as beautiful and “exploding.”

“I think I’m leaving at the real high point and I do believe that this ’17-18 school year, this next season, is going to be remarkable,” she said, then recalled almost to her own surprise that she had participated in 80 Fourth Avenue Street Fairs over the years, missing just two with the births of her son, Trevor, and daughter, Isadora.

Ronstadt said Difiore’s absence from the avenue will be felt. “Donna is sort of the grand dame of Fourth Avenue and to lose her presence, there’s going to be a big hole in the avenue,” he said.

Difiore said Delectables has 25 employees working full- and part-time, many of whom have worked at the restaurant for decades; GM Christopher Baldwin started working with Difiore when he was 17 and he’s now in his late 40s, she said.

Difiore said she will take three employees with her to the catering operation and will have several of her employees on call for catering jobs as they arise.

Delectables will be open from 11 a.m. to 9 p.m. daily through June 30. Follow the restaurant on Facebook at facebook.com/delectables.onfourth

Simplicity is key — and bacon is a bonus

These dining destinations have been in town for decades.

CVS has signed a letter of intent, agreeing to maintain the facade.

Ajo also boasts a pair of ghosts that haunt highway 85.

More than 30 employers are participating in Saturday's job fair.

UA economists: Tucson economy to pick up steam — a little

Rules state that burgers must be a blend of ground meat, chopped mushrooms.

No, Sue's Fish & Chips is not closing

The company is offering free washes at its newest shop, on Broadway near Craycroft.

BZ's Pizza Co. on Tucson's east side is closing this month

Owners say they are getting ahead of planned Broadway roadwork.

This is a first in a series of summer events downtown.

Dinnertime reservations are all spoken for, but you can get in for lunch.

Popular UA-area taqueria could be open on North Fourth by early August.

Donna DiFiore bought Delectables in 1982. She’s changing her focus to catering only, but the restaurant will stay open through June.

Difiore bought the Delectables building in 1988, moving from across the street. A new restaurant may move in.

Owner Donna DiFiore and general manager Christopher Baldwin by the bar at Delectables.

Tara Cragg, chef at Delectables Restaurant & Catering, 533 N. Fourth Ave., cooks up a chicken piccata dish. Cragg has been with the restaurant for nine years.

“Pup in the Chicken Coop” is on Delectables’ dog menu. 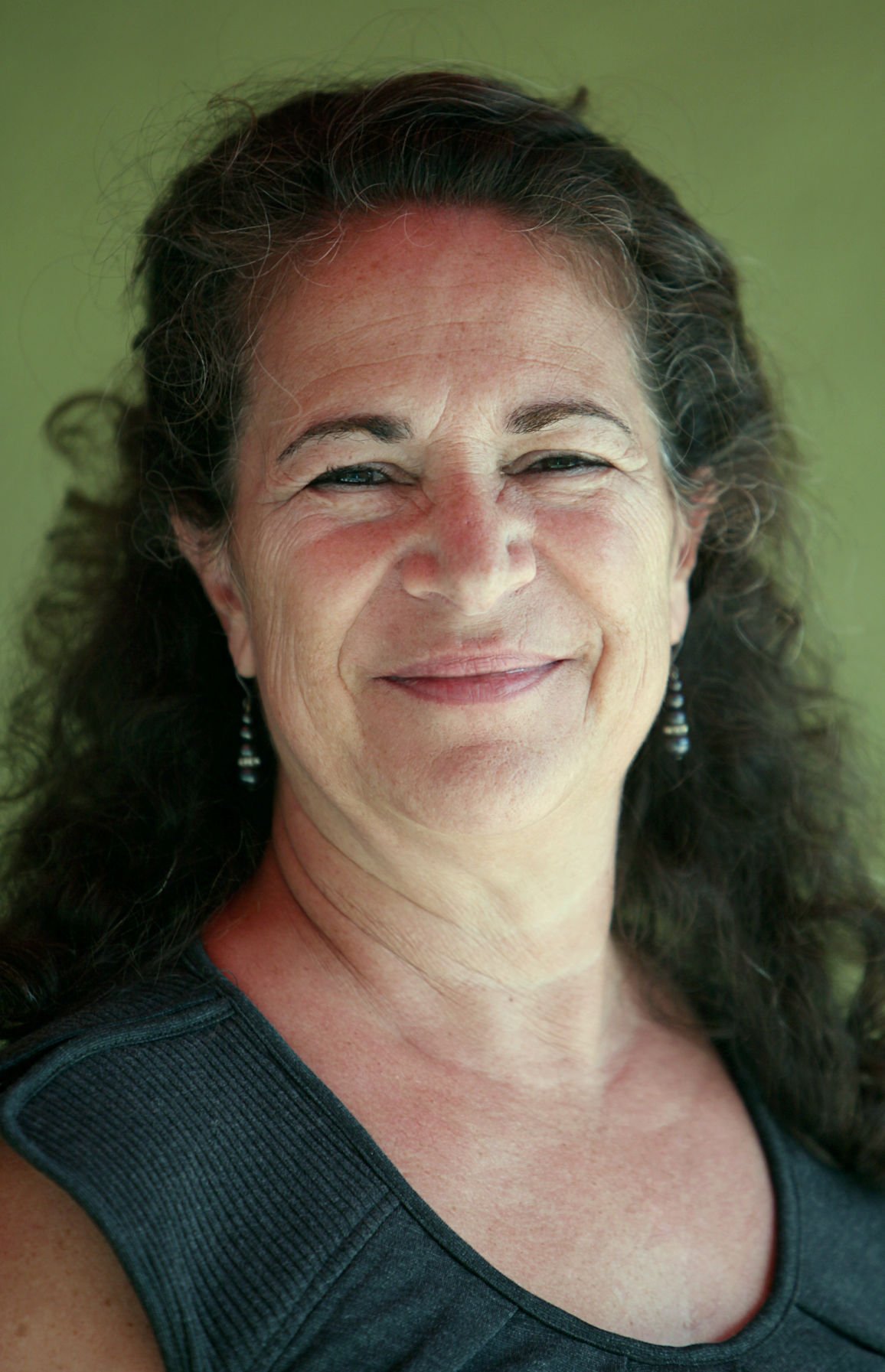