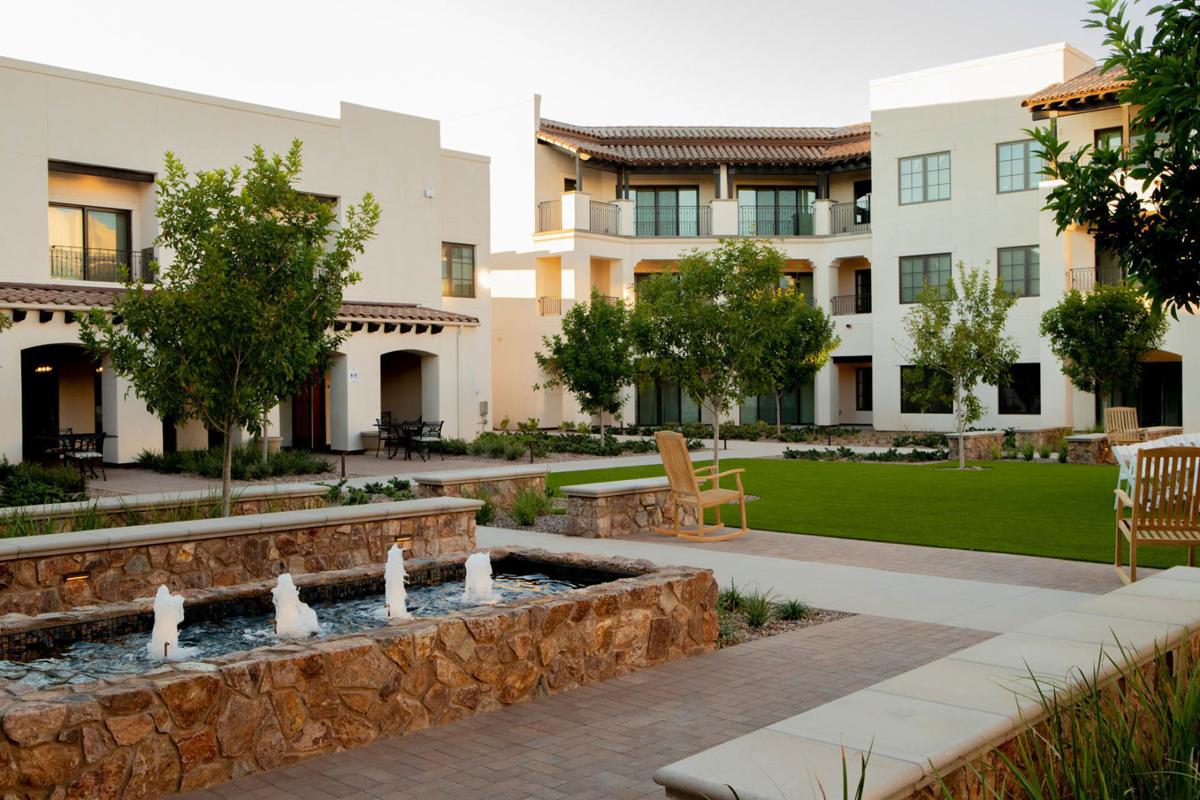 The Hacienda at the Canyon, built on 60 acres on Sabino Canyon Road, just north of River Road, opened in December. 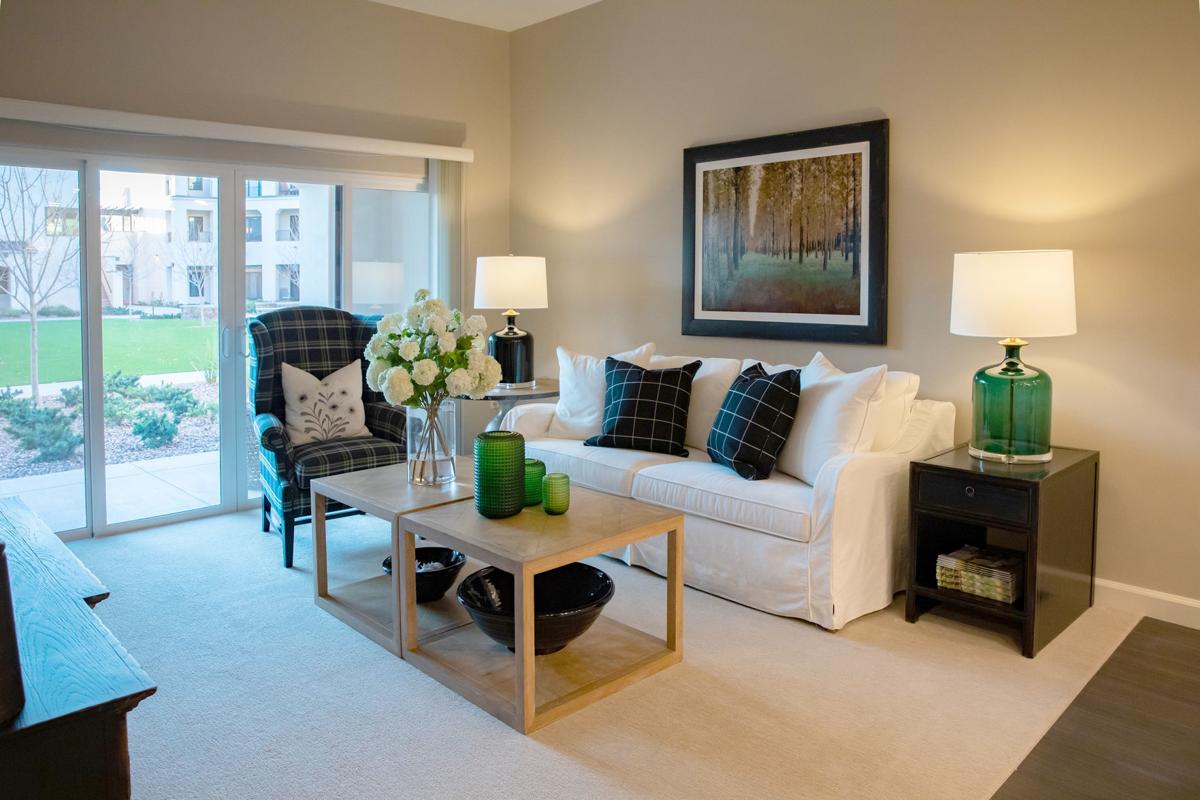 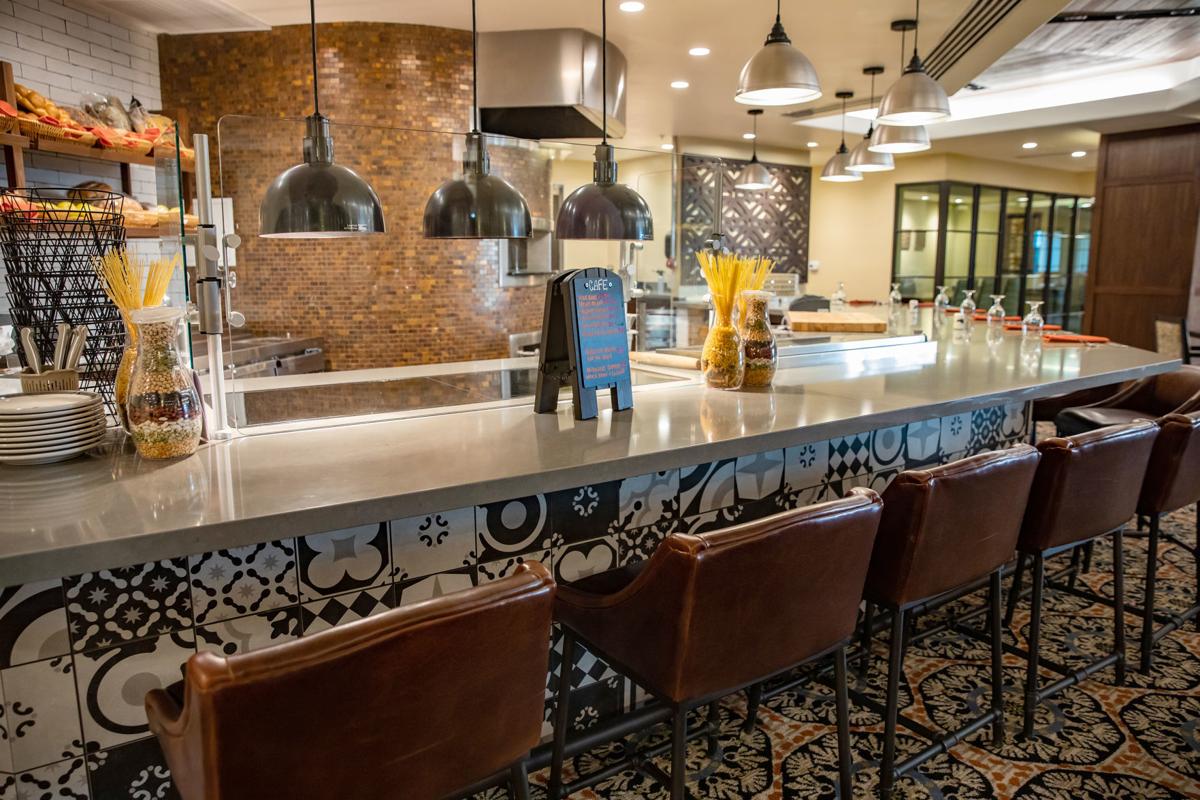 Amenities include five dining venues, art barn, a golf simulator and an on-site medical clinic staffed by a nurse and pharmacist. 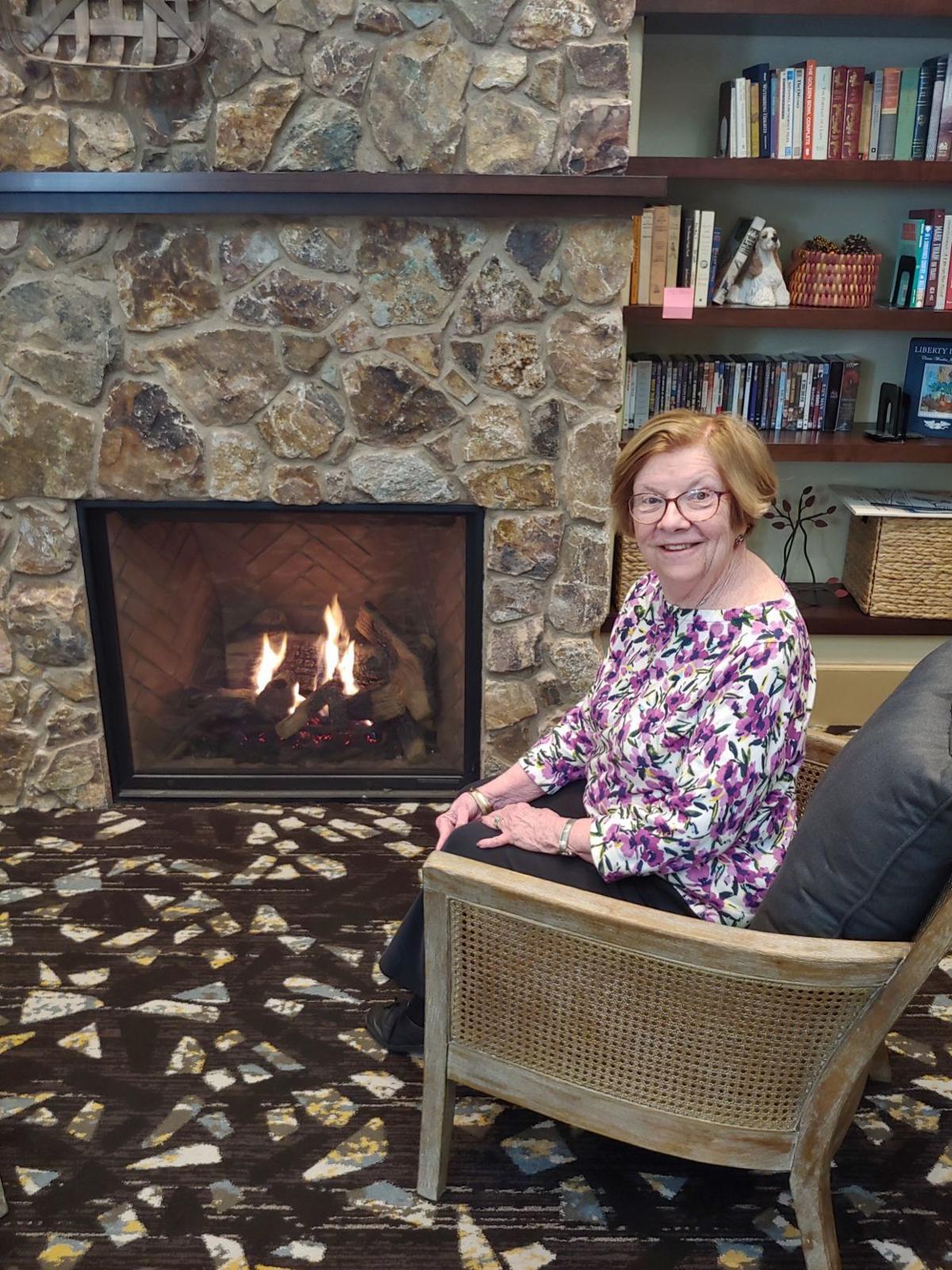 Suzette Davis said that in spite of having a six-burner stove in her new apartment, the food is so good at The Hacienda at the Canyon’s several restaurants that she hasn’t bothered to cook.

When John and Dottie Driskill decided it was time to consider assisted living, Dottie had reservations.

“I didn’t think I could do it,” she said. “I was thinking of the places my mother was in.”

Then the couple learned about The Hacienda at the Canyon, Tucson newest luxury senior-living facility on the northeast side of town.

The Hacienda, a development by Tucson-based Watermark Retirement Communities, was built on 60 acres on Sabino Canyon Road, just north of River Road.

Amenities include five dining venues, art barn, a golf simulator with top-rated courses on the screen and an on-site medical clinic staffed by a nurse practitioner and pharmacist. Dr. Steven Wool also has office hours there.

Continuing education programs in partnership with the University of Arizona are offered and were a big selling point for the Driskills.

“If we were still at home we wouldn’t be exposed to these experiences,” said John, 86, noting he’s especially pleased by the golf simulator. “I can’t wait to play 18 holes at Pebble Beach.”

Active-adult communities, along with independent and assisted living complexes have sprung up across the Tucson area in the past five years, as aging baby boomers shun the traditional nursing homes and seek places with amenities and interactive experiences.

Opened in December, The Hacienda’s 163 independent living units were 90% reserved.

The facility also has 68 assisted living units and 40 for memory care.

Construction of 30 casitas and bungalows for independent living is also underway.

Since opening their first senior community, the Fountains at La Cholla in 1987, developers David Freshwater and David Barnes have built facilities around the country.

Suzette Davis, 80, moved in Dec. 3 and raved about the food, noting she’s had a hard time staying within the card’s $500 limit.

“And I like to be able to eat whenever I want to,” she said. “I visited a friend at another facility and they ring the bell for meals.”

Her children thanked her for making the move on her terms, Davis said.

“It’s beautiful and I have a six-burner gas stove and french-door refrigerator but do you know how much cooking I have done?” she asked with a wink. “None.”

Once her large home with a swimming pool and guest house became too much for her, Charlotte Hanson, 87, decided to look for a place to move.

Because she knew Freshwater, she chose The Hacienda at the Canyon and has taken cooking classes offered there and is signed up for Spanish classes and balance lessons.

“Guess what?” she asked. “I’ve learned how to make mozzarella cheese.”

“I find the people I’ve met here to be quite compatible,” she said. “There’s a certain charm to going into the dining room, seeing an empty chair and saying, ‘May I join you?’”

A lover of the outdoors, Hanson likes the setting, with many hiking trails, and is especially pleased with the library, which is stocked with many of the residents’ books that were donated when they downsized.

“I donated all of my books,” she said. “Which means I gave them away but I still have them.”

In 1926, when Marguerite Morrow arrived in Tucson to direct the Dramatic Arts Department at the University of Arizona, she found a civil engineer who knew every open acre of land in Pima County and drove her to a spot where Sabino Canyon and River roads now meet — one of the last pieces of land near Tucson that was still available for homesteading.

On that 160 acres, Morrow and her teenage son worked to improve the land and built a home around a courtyard with a fountain, where she put on theatrical productions.

At the university, she helped move the department of Dramatic Arts out of the English department to the newly- formed College of Fine Arts in 1934.

Her son, Henry, was killed in World War II in 1942 and Morrow sold her home and land in 1945 to the Sisters of the Immaculate Heart of Mary for a novitiate for their growing order. Over the years, the Sisters expanded the structures to include a sanctuary and convent that are still at the site.

The Morrow Room at The Hacienda at the Canyon is a tribute to her work.

Some fear the increases could impact Tucson’s ability to attract new stores.

More than 85 model homes in 34 subdivisions are opening their doors for self-guided tours this month.

More Colleges To Reopen This Spring

More Colleges To Reopen This Spring

The Hacienda at the Canyon, built on 60 acres on Sabino Canyon Road, just north of River Road, opened in December.

Amenities include five dining venues, art barn, a golf simulator and an on-site medical clinic staffed by a nurse and pharmacist. 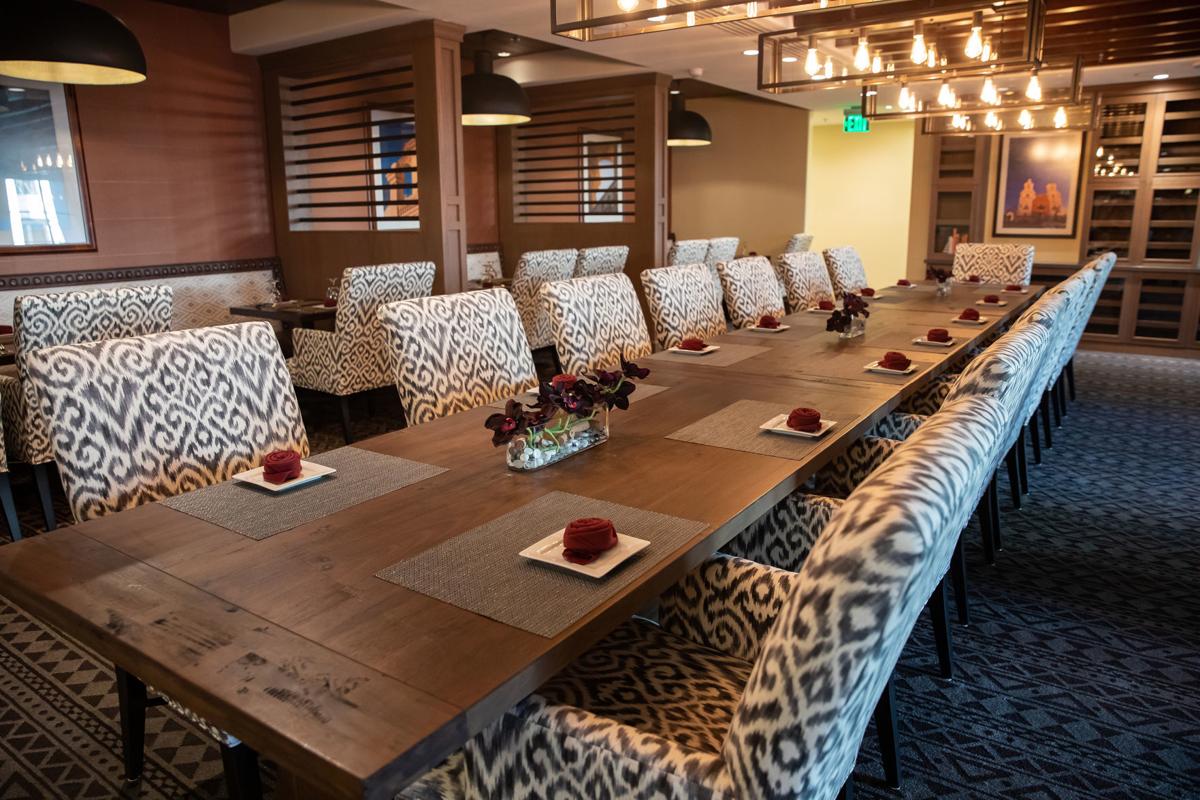 The Hacienda at the Canyon has five dining venues. 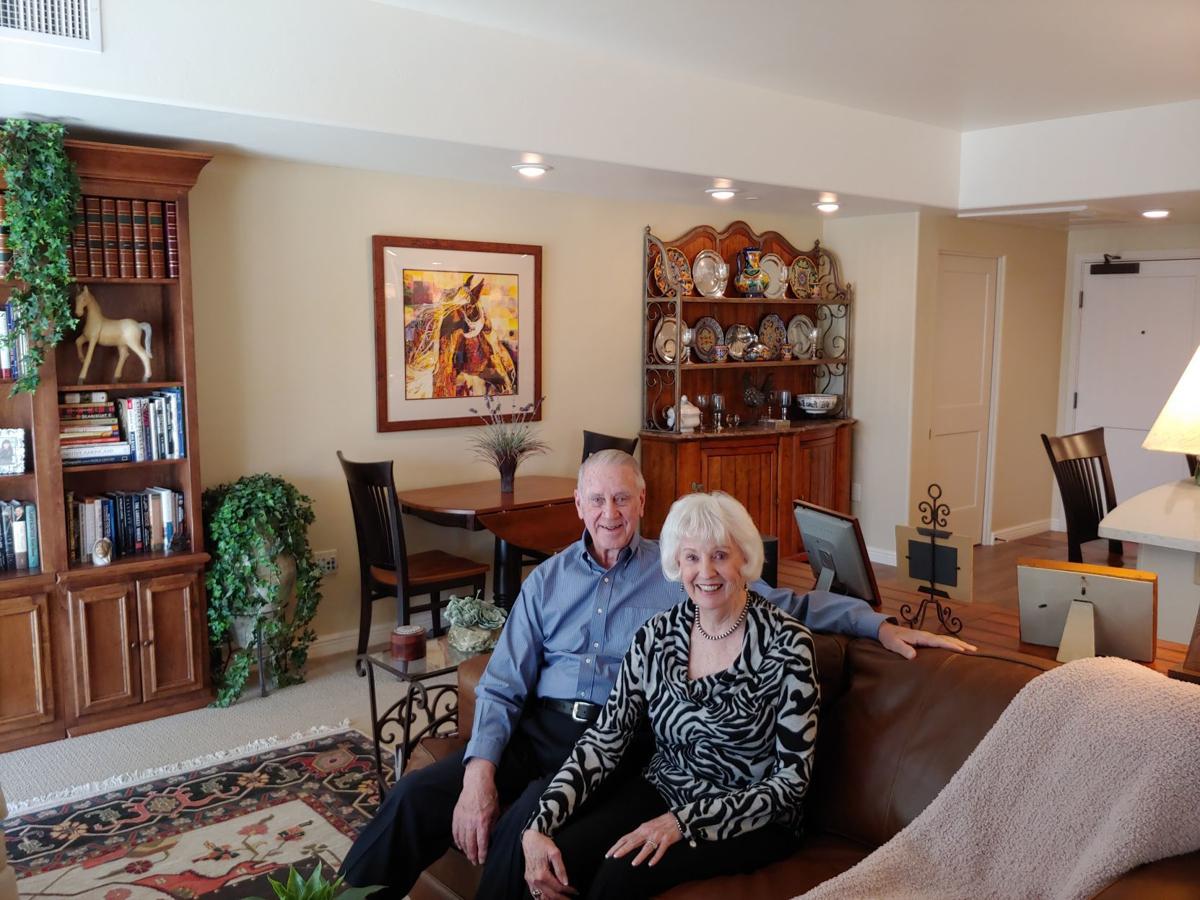 John and Dottie Driskill have enjoyed the activities offered at The Hacienda at the Canyon and have found their schedule booked for up to two weeks out. 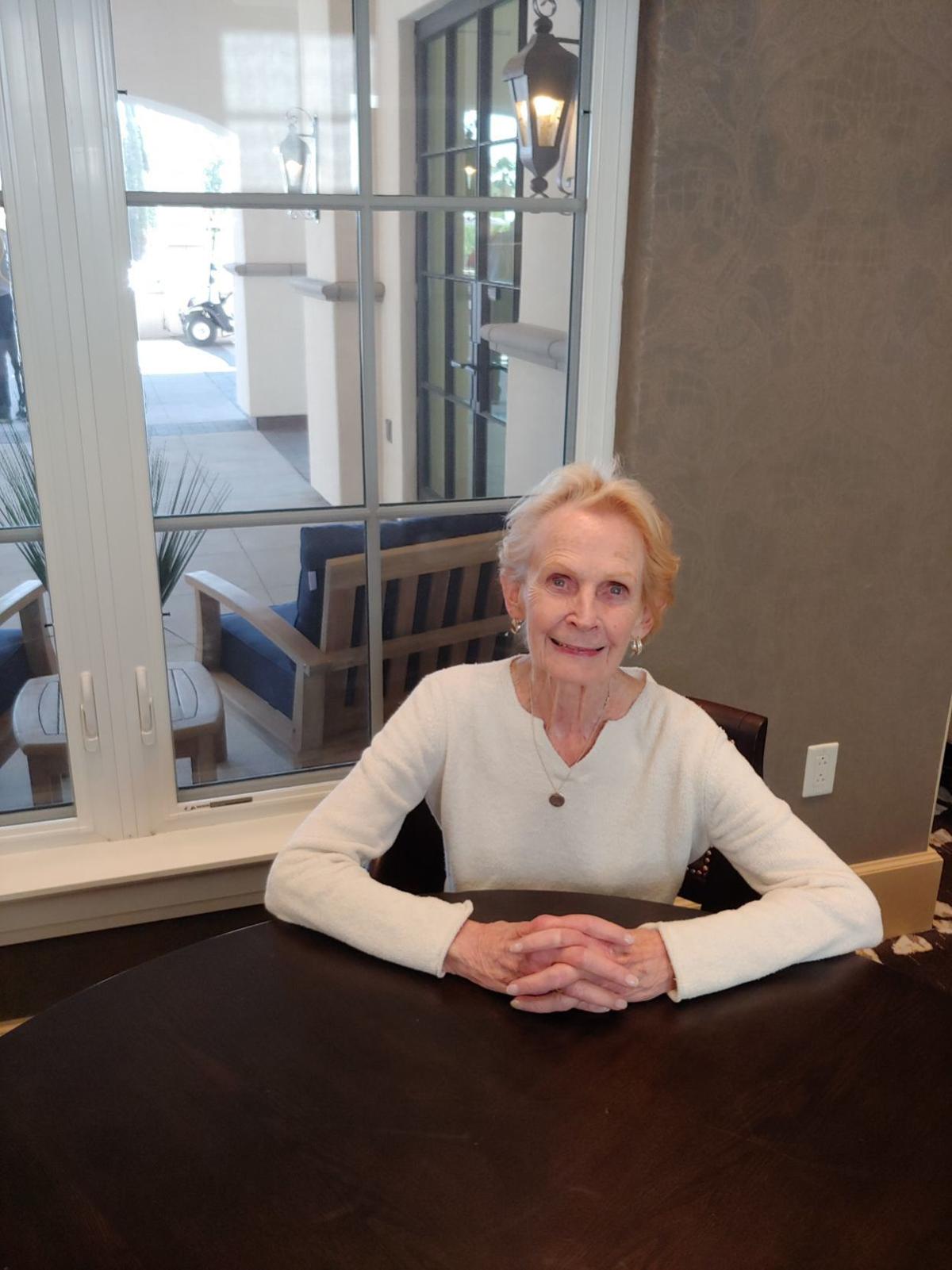 Charlotte Hanson donated all of her books to The Hacienda at the Canyon library. “Which means I gave them all away but I still have them,” she said.

Suzette Davis said that in spite of having a six-burner stove in her new apartment, the food is so good at The Hacienda at the Canyon’s several restaurants that she hasn’t bothered to cook.