Two months after it paused operations in response to the coronavirus pandemic, Rincon Market, one of Tucson’s oldest neighborhood grocery stores, closed this week after the landlord locked the operators out over unpaid rent.

The landlord posted a “lock out” notice Tuesday on the door at 2513 E. Sixth St. saying that the market had failed to pay rent and did not respond to written demands for payment. The document did not say how many months the market was in default of its lease.

The landlord could not be reached for comment Thursday.

The lock-out notice was posted next to a sign the owners put up months ago that said the market was closed temporarily.

“Sorry for the inconvenience. We will be back in May (hopefully),” that note said.

Rincon Market announced on its Facebook page in April that it was taking a pause after Gov. Doug Ducey weeks earlier ordered most businesses in the state closed in response to the coronavirus pandemic.

Businesses were allowed to reopen with restrictions when Ducey’s order expired on May 15.

A similar note was posted on the Facebook page of Rincon’s sister, Time Market, at 444 E. University Blvd.

Peter Wilke, who owns both businesses, could not be reached for comment Thursday. No one answered the phone at Time Market on Thursday, and it is not clear if the business has reopened.

Rincon Market has been a landmark in the Sam Hughes area since it opened in 1926. In addition to being a neighborhood grocer, the market also had a cafe that served fare ranging from simple eggs and bacon to a mushroom and kale frittata on brioche for breakfast, sandwiches for lunch and several dinner entrees, including salmon and a burger and fries.

The only considerable time the market was closed was after a roof fire in 2013 that took a year to repair. The market reopened 11 months later, in summer 2014.

Although it has been sold several times, Rincon Market has always been independently owned. In spring 2018, Wilke bought the business.

Time Market has a similar history as Rincon; it opened in 1919 and in addition to groceries has a small cafe that specializes in wood-fired pizzas and artisan hand-crafted breads.

And right before they were to begin serving dinner Saturday, Hotel Congress closed for one of the few times in its 102-year history.

Tacos Apson could open by late June in a former Chuy's location on North Thornydale Road.

The number of confirmed coronavirus cases across Arizona is 24,332, the Arizona Department of Health Services said.

Due to the coronavirus crisis, new hires would work from home until Geico transitions its 1,500-plus employees back to the office.

With a target opening date before the end of the year, Flora's Market Run will include August Rhodes bakery and partnerships with a number of Tucson specialty shops including a florist. 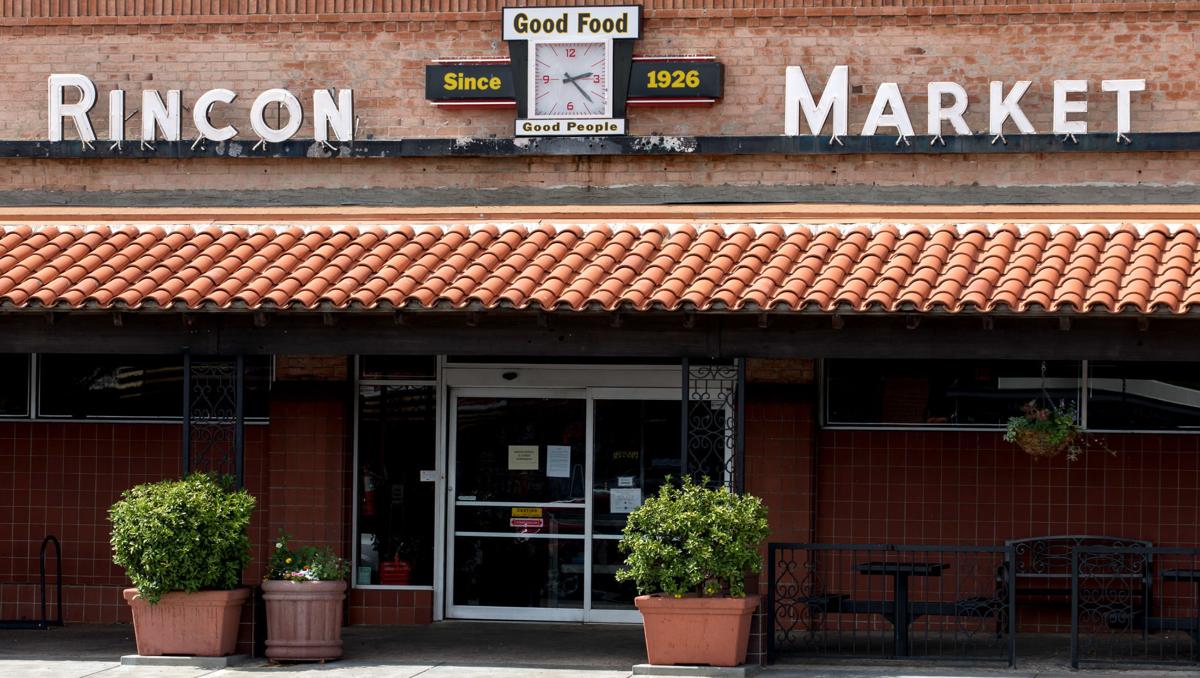 The new market will “have more of a variety than Rincon Market,” says Prep & Pastry’s Nathan Ares. 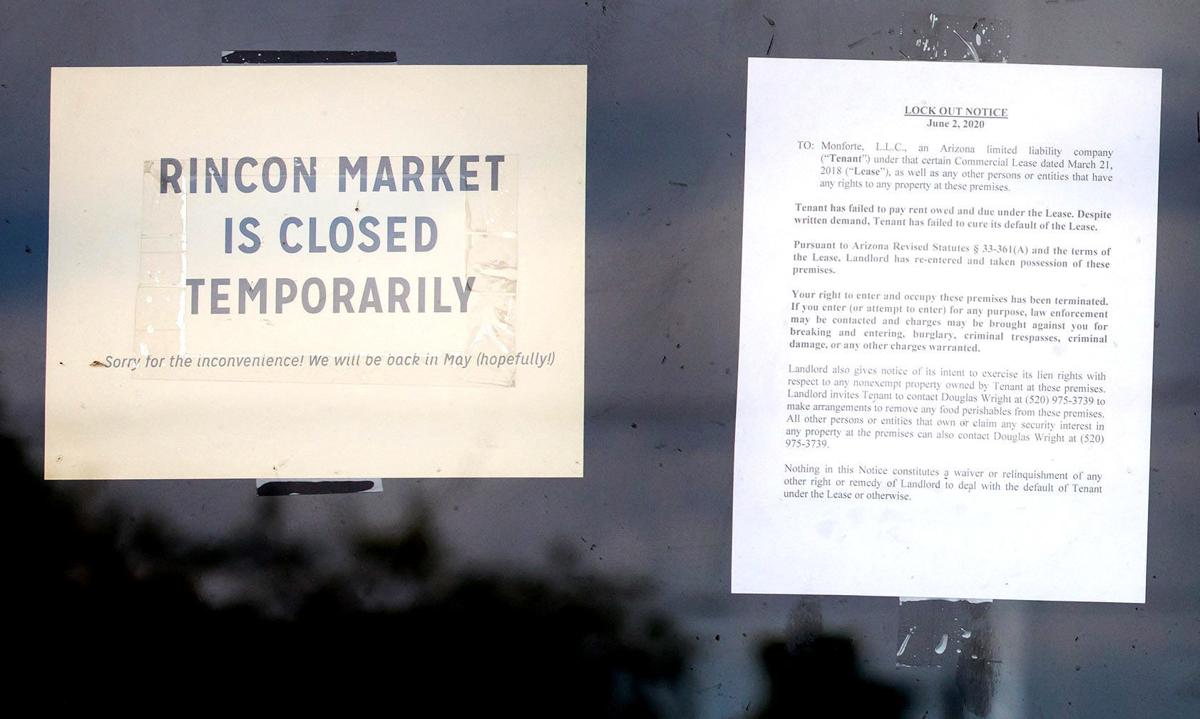 Open since 1926, Rincon market was a landmark in the Sam Hughes area, serving as both a grocer and cafe. 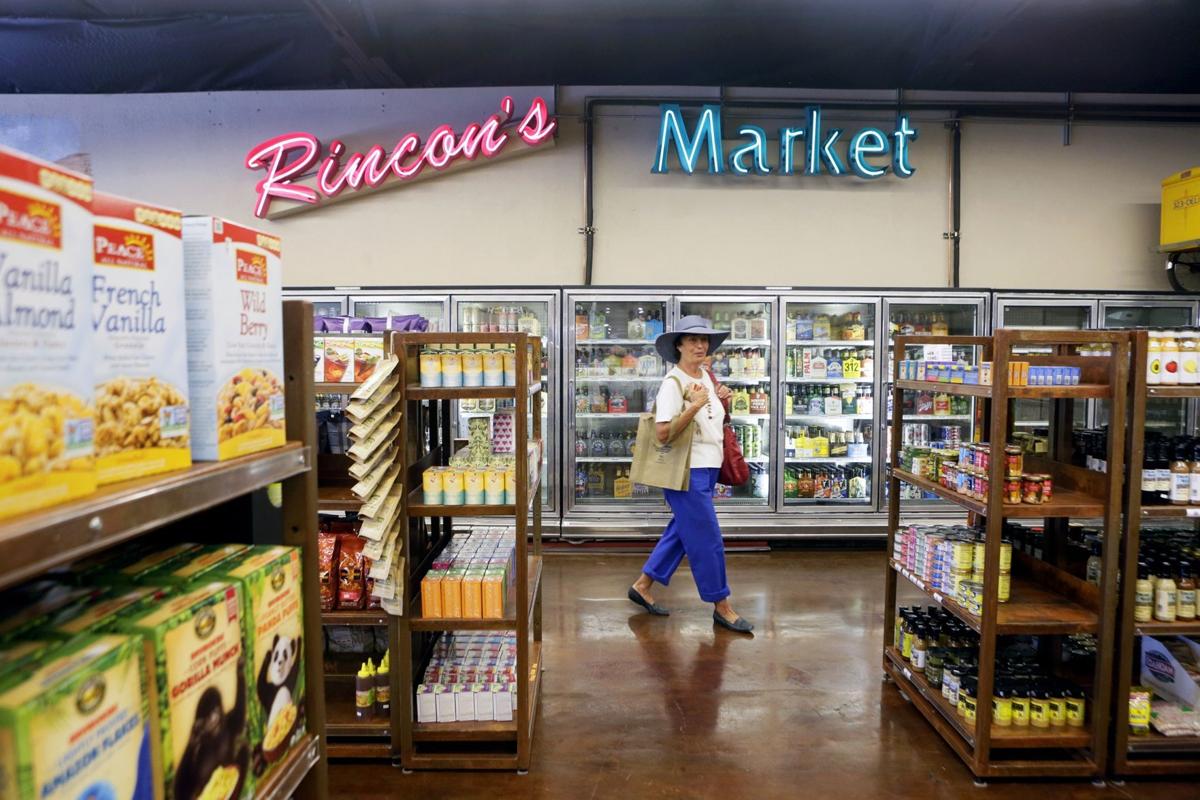 Shopper Rebecca Cramer browses the aisles of the newly re-opened Rincon Market, 2513 E. Sixth St. in Tucson, after a fire shuttered the business in 2013.