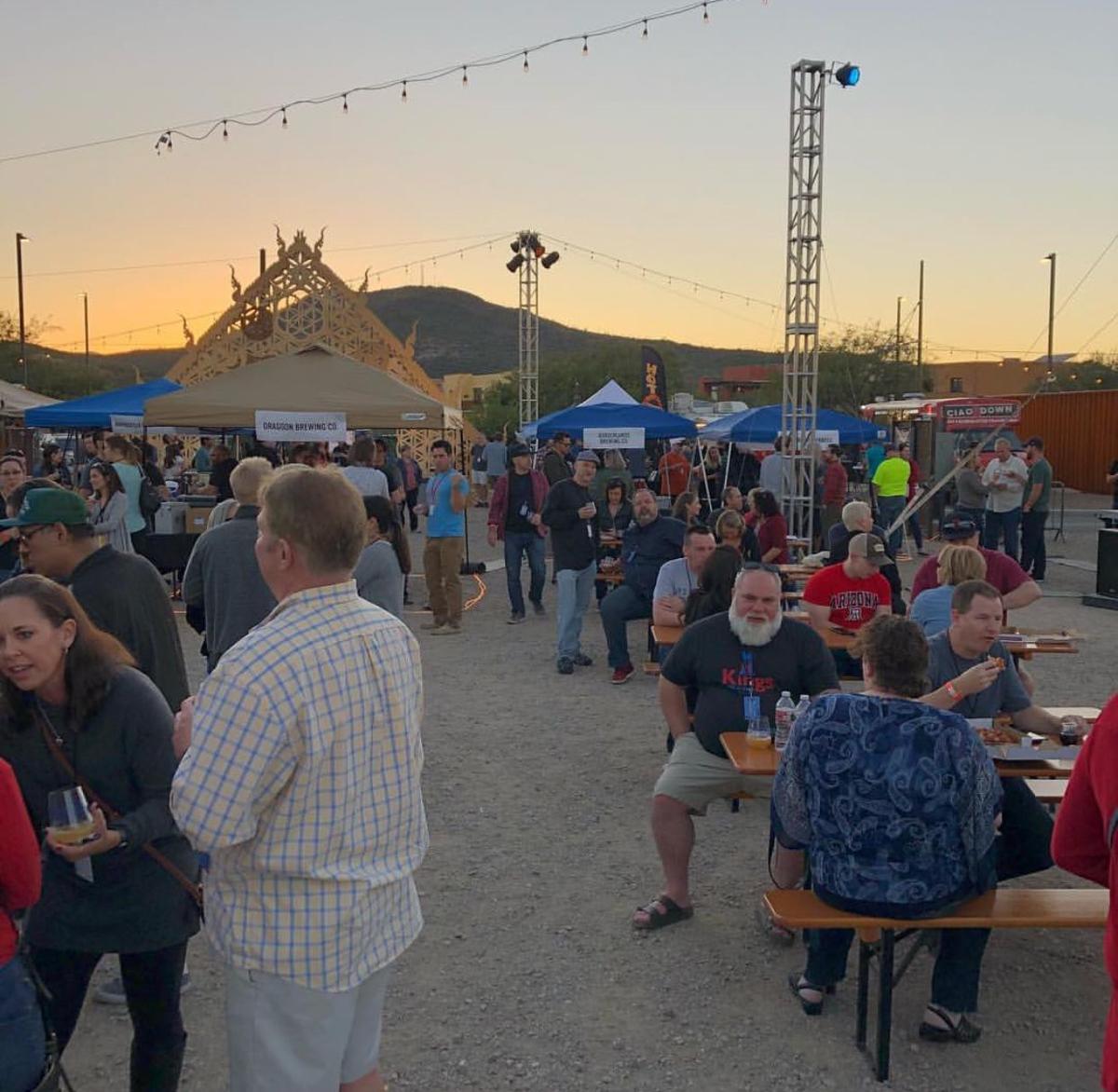 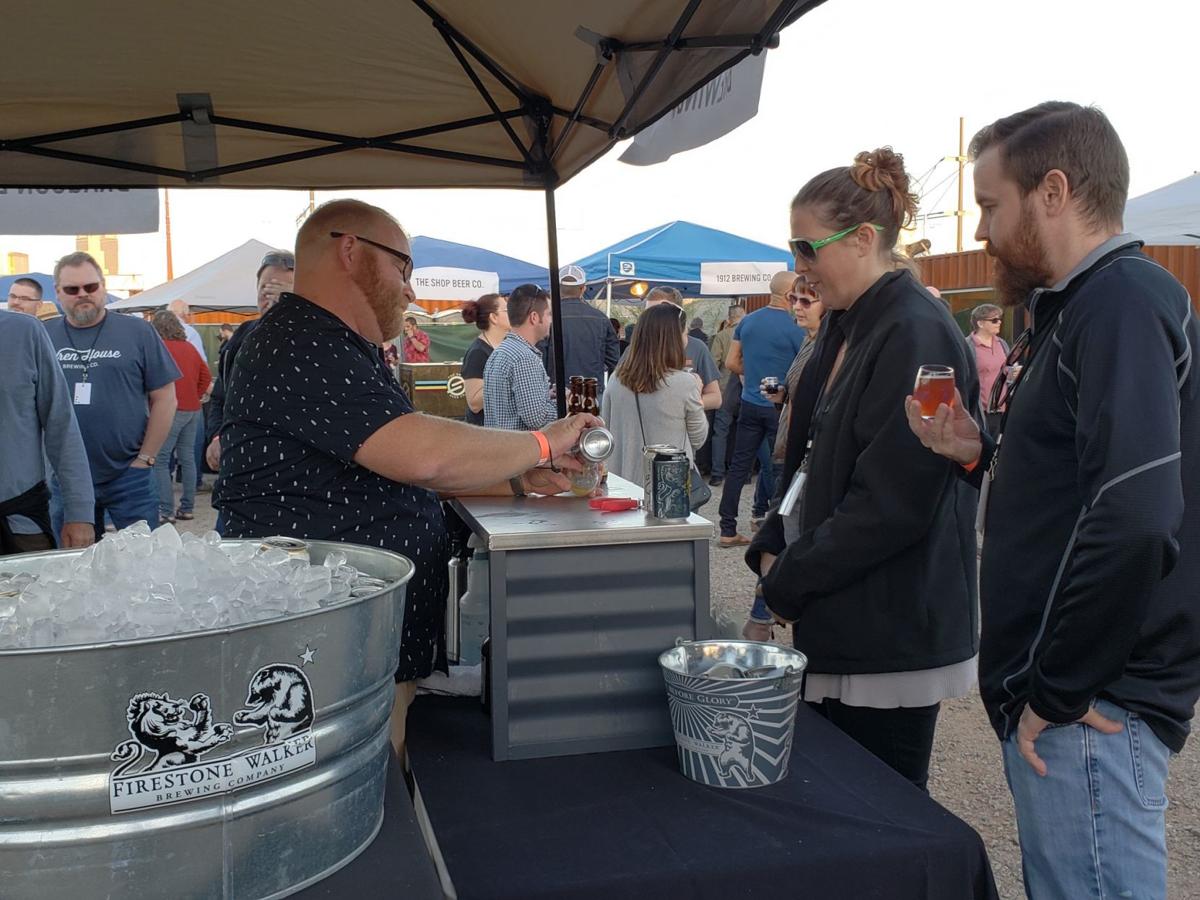 Brewers from all over the Southwest will be pouring tastes at the second annual T&B Invitational.

When Rebecca and Scott Safford opened their first Tap & Bottle location at 403 N. Sixth Avenue in 2013, the plan was to one day add a large-scale craft beer festival to their regular stable of events.

After launching Westbound last year, an outdoor bar in the heart of the MSA Annex west of downtown, the husband-and-wife team turned that aspiration into a reality.

Made up of shipping containers, converted into small shops and restaurants, the annex came with a stage and a liquor license that allowed guests the ability to roam the grounds with their beers of choice.

“We wanted to take what we loved about beer events and do it on a bigger scale,” Rebecca Safford said. “There are only so many people you can fit into our Tap & Bottle locations.”

The Saffords held their first T&B Invitational Beer Festival at the MSA Annex in November of last year, with positive results.

“We were beyond excited with how it turned out,” Rebecca Safford said. “We didn’t sell out, but it was a rocking party.”

The evening was such a success, that they’ve opted to bring it back for Year 2. The T&B Invitational returns this Saturday, Nov. 9.

With the lessons of Year 1 under their belts, the couple has planned the event with several factors in mind.

The check-in process is being streamlined this year, and attendance is being capped at 500, to help keep beer waits short.

“We don’t want people to spend their entire evening in lines,” Rebecca said. “You hear about the lines at beer fests; people going from line to line who are not able to enjoy the night. We want people to be able to get their beer and talk to the brewers.”

They also wanted to offer craft beers that you couldn’t find every day in Tucson.

La Cumbre Brewing out of Albuquerque, for example, will be offering a Talent Show IPA that it created in collaboration with Tap & Bottle.

More than 16 breweries, as well as purveyors of cider, wine and spirits, including Tucson’s own Whiskey Del Bac, will be pouring at the Invitational.

The event will have music provided by local mariachi groups, Wooden Tooth Records and Hey, Bucko, which was the first band to ever play Tap & Bottle’s downtown location.

In addition to the annex’s Japanese restaurant Kukai and the plant-based burger joint, Beaut Burger, being open for business, the food trucks Black Market BBQ, Pop’s Hot Chicken and Ciao Down will also be on-site.

Rebecca said with the cancellation of this year’s Great Tucson Beer Festival, a large-scale beer festival and fundraiser for Sun Sounds of Arizona, beer fans might be looking for something to fill the void.

“Their cancellation definitely affected the decision to hold ours for a second year,” she said. “Last year, they had their festival a few weeks before ours, but they were very different. They brought thousands of people and we brought hundreds. But maybe, if people were looking for a festival, this is one that they can go to.”

Rebecca said that they have put a lot of thought into the beers being offered at this year’s invitational.

“People are going to be pleasantly surprised when they come and see what’s available,” she said.

Where: Westbound at the MSA Annex, 267 S. Avenida del Convento.

Man killed in crash into utility pole southwest of Tucson

A man was killed after crashing his truck into a utility pole southwest of Tucson Thursday morning, an official said.

No hazardous materials found after evacuation of Tucson office Thursday

Brewers from all over the Southwest will be pouring tastes at the second annual T&B Invitational.