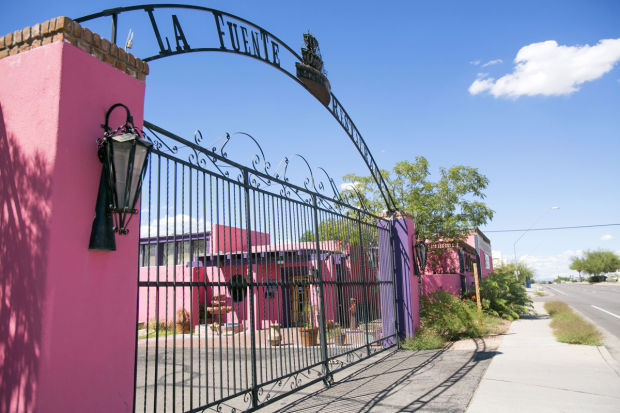 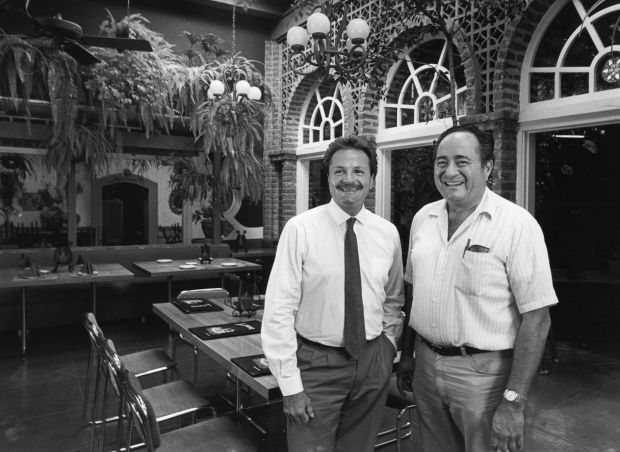 Frank Davis, left, and Frank Flores, co-owners of La Fuente in 1990, when the restaurant celebrated its 30th anniversary. 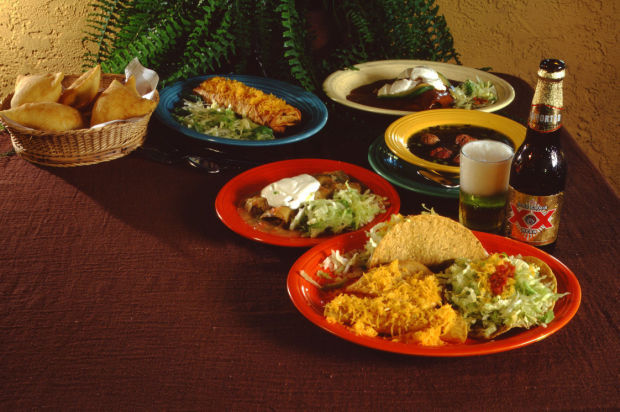 A yummy spread at La Fuente restaurant in 1979.

La Fuente, a Mexican restaurant that has anchored the corner of West Lester Street and North Oracle Road for more than half a century, closed in late August, days after the owners opened an outpost in Sierra Vista.

“We fight it and fight it for the last three years and the business just wasn’t there,” said Carlos Portillo﻿, who owned the restaurant with his wife Mary Jane﻿ for the past 10 years.

La Fuente closed on Aug. 29, but Portillo waited until just before noon Sunday to announce it on the restaurant’s Facebook page and website.﻿

“We thought we were going to reopen it. We were trying to get some money put together and continue with our business, but we couldn’t get enough capital,” he said.

On Aug. 25, Portillo opened La Fuente Restaurant at 4177 E. Highway 90 in Sierra Vista in a 6,000-square-foot space that was home to Aaron May‘s﻿ The Lodge Sasquatch Kitchen. That restaurant closed in June about 14 months after opening.﻿

May also owns the original Lodge Sasquatch Kitchen at Foothills Mall, which has been open since late 2012.﻿

The Davis-Huerta family opened La Fuente, 1749 N. Oracle Road,﻿ in 1959 and quickly established the restaurant as a destination for family reunions, anniversaries and quinceañeras, celebrated with roaming mariachi bands known to serenade tableside. There were often lines for the Sunday mariachi brunch, which tied the restaurant’s dual personality together as a special-occasion spot and a neighborhood kitchen.

Portillo bought the restaurant 10 years ago and said business began to slide in 2008 when the economy tanked. In 2012, Portillo’s company, David Alexander LLC, filed for Chapter 11 bankruptcy, listing less than $50,000 in assets and between $500,000 and $1 million in liabilities.﻿

“The worsening economic environment, which began in 2008 and (for many) continues to this day, started a business slowdown that could not be reversed,” according to the note posted on La Fuenta’s website by General Manager Yuliana Portillo﻿, who wrote that she was speaking on behalf of the Portillos.

Carlos Portillo said Monday that he anticipates losing the building to the bank.

In mid-August La Fuente announced plans on Facebook to launch La Fuente Nightlife, a sports bar/cafe/night club which was supposed to open Sept 13.﻿ In a note on Facebook Sept. 1, those plans were called off.

George and Abe Jacob opened Club 21 on North Oracle Road in 1946 not long after returning from serving in World War II.

Frank Davis, left, and Frank Flores, co-owners of La Fuente in 1990, when the restaurant celebrated its 30th anniversary.

A yummy spread at La Fuente restaurant in 1979.