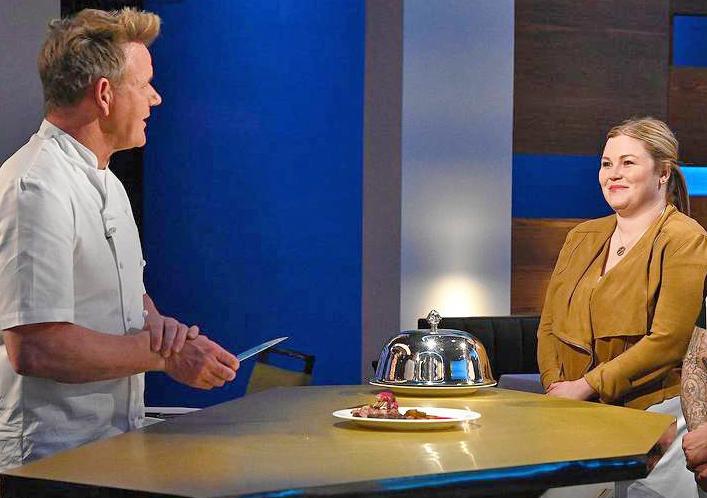 Tucson native Amber Lancaster, center next to Gordon Ramsay, is part of the 19th season of Ramsay’s “Hell’s Kitchen” cooking competition show on Fox. The show airs on Thursdays. 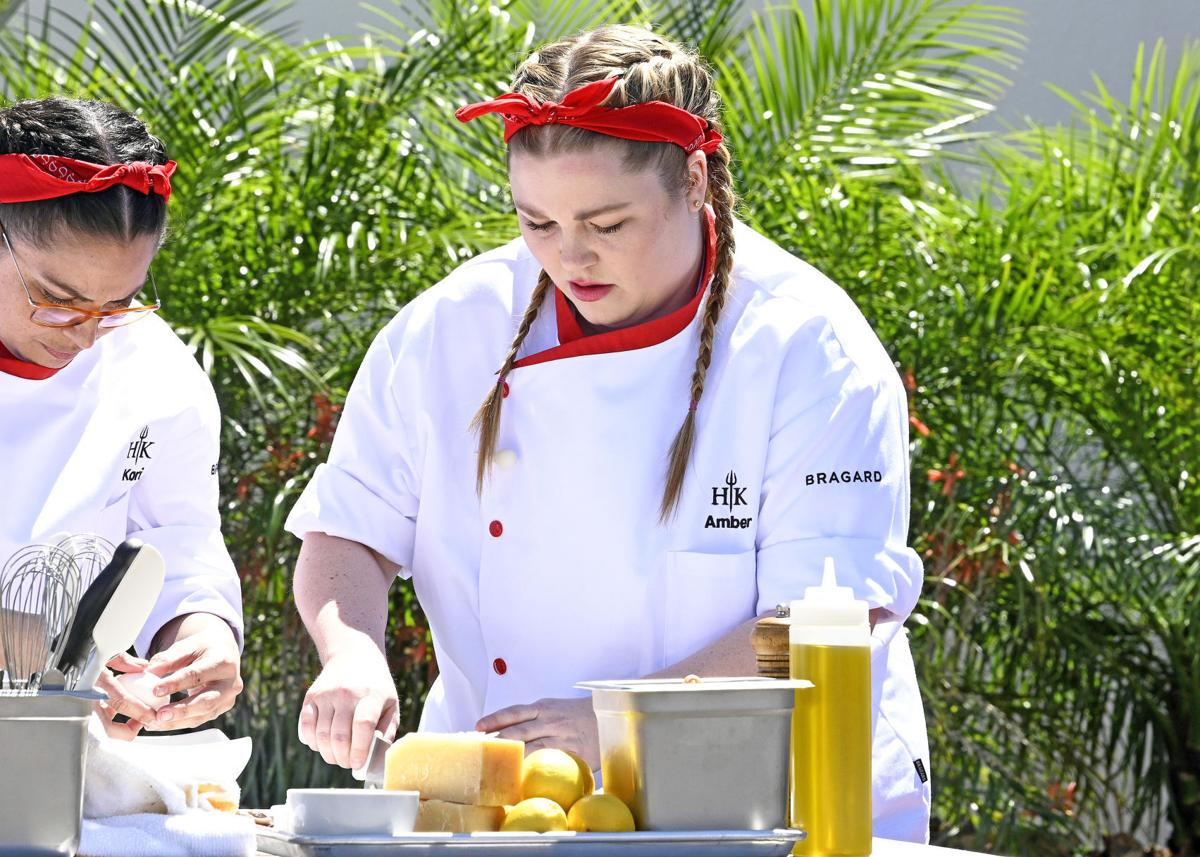 Tucson native Amber Lancaster, shown in one of the challenges of the Fox show “Hell’s Kitchen.”

Especially at her neighborhood nail salon in Montclair, New Jersey.

She was getting her nails done earlier this month and the salon had “Hell’s Kitchen” showing on its TV.

One of the workers, who was rubbing Lancaster’s shoulders as another tech did her nails, pounded her on the back: “Oh you’re on the TV! You’re on the TV!” the woman screamed.

“She just freaked out,” Lancaster recalled last week, the day after the second episode aired; the show runs Thursdays on Fox.

When the show debuted on Jan. 7, the nail salon staff showed up for a small viewing party at Allegory, the Montclair restaurant at the boutique MC Hotel where Lancaster has been executive chef since last September.

“I have been very lucky in my career. I have never once done an application for a television show,” said Lancaster, 32, who landed in New Jersey after five years of cooking in Chicago, including with the renowned molecular gastronomy chef Grant Achatz at his Michelin-rated restaurant Alinea. “It’s kind of like word of mouth. I had done ‘Guy’s Grocery Games’ a few times and word just traveled and somebody through somebody reached out to me.”

The 19th season was filmed in Las Vegas in 2019 before COVID-19 shuttered Sin City and all of its restaurants.

“It was fun. It was really intense. It’s kind of like you don’t know what to expect,” she said. “It’s very different than filming a one-off show to do a whole series. I thought I was prepared and I really wasn’t.”

Lancaster is among 18 chefs vying for Ramsay’s ultimate prize: to helm the award-winning chef’s new Hell’s Kitchen restaurant in Lake Tahoe, Nevada. We can’t give away any show secrets, but suffice it to say, she survived the first two rounds.

In addition to being cheered by her nail salon, Lancaster said she is also getting texts and emails from old Tucson classmates and friends, many of whom wonder how the girl whose only restaurant experience growing up was hostessing at El Charro Café has become something of a celebrity chef.

It all started, Lancaster said, at her uncle’s kitchen table the Christmas after she graduated high school.

After partying away her first semester at the University of Arizona, where she was majoring in political science, she was lamenting her life and future with her uncle, a successful lawyer.

At the dining room table that night, he asked her a question that turned her life around: “If you could do one thing every day for the rest of your life where money was no issue, what would you do?”

“I said I would cook,” she recalled.

She dropped out of the UA and enrolled in the Scottsdale campus of the famed Le Cordon Bleu, later taking more advanced training in Paris to earn her Le Grande Diplôme in 2008. She remained in France for three years, working in the kitchens of the prestigious Guy Savoy and Hôtel de Crillon before relocating to Chicago in 2011 to study molecular gastromony at Alinea. Other stops in Chicago, where she earned her bachelor’s degree in communication and French from Loyola University, included running the culinary program for Sur La Table and helming the kitchen at Sable Kitchen & Bar.

Her latest move to New Jersey came after a long courtship by MC Hotel’s owner, Aparium Hotel Group, which owns a handful of neighborhood-centric boutique hotels around the country. When COVID-19 prompted the London-based food tech startup where she was working to lay off their entire staff, she took the leap to New Jersey, where she is introducing diners to the small-plates cuisine she describes as being on the “verge of Mediterranean or Spanish-French-Italian” with hints of Tucson.

“Some of those flavors that I relate to Tucson, like a lot of cilantro and these lovely salsas and tomatillos and even cactus, I kind of incorporate into my type of cuisine that I cook now,” said Lancaster, who hasn’t been home in a year because of the pandemic. “I think just having that growing up, eating that way there, influences me a lot.”

Lancaster said she hopes to get home once the pandemic threat eases.

And when she does, in addition to cooking for her dad — “I love to feed my dad because there is no one more excited. ... My dad is literally blown away.” — she plans to hit a few of her favorite restaurants including El Charro, El Molinito, No Anchovies, Maynards Market & Kitchen and, of course, Eegees.

Tucson native Amber Lancaster, center next to Gordon Ramsay, is part of the 19th season of Ramsay’s “Hell’s Kitchen” cooking competition show on Fox. The show airs on Thursdays.

Tucson native Amber Lancaster, shown in one of the challenges of the Fox show “Hell’s Kitchen.”