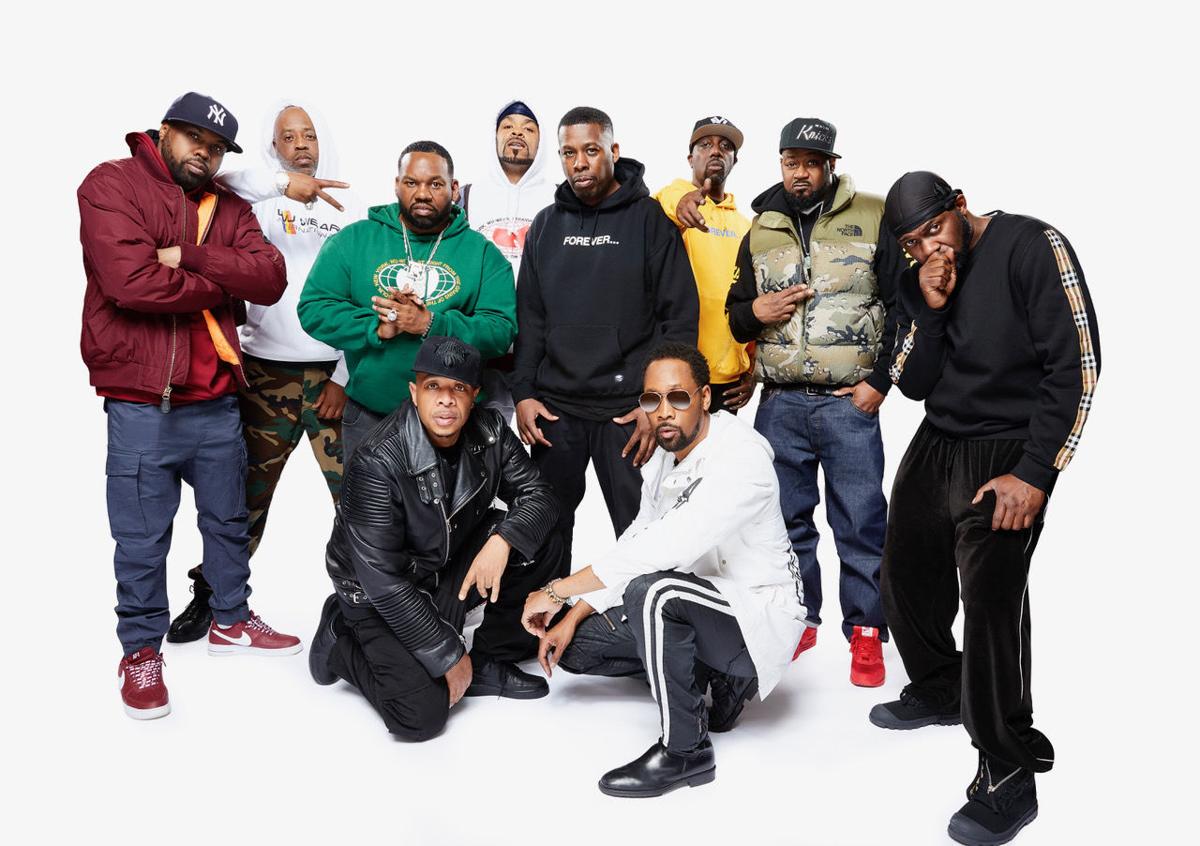 The surviving members of Wu-Tang Clan are coming to the AVA Amphitheater at Tucson’s Casino Del Sol on Saturday. 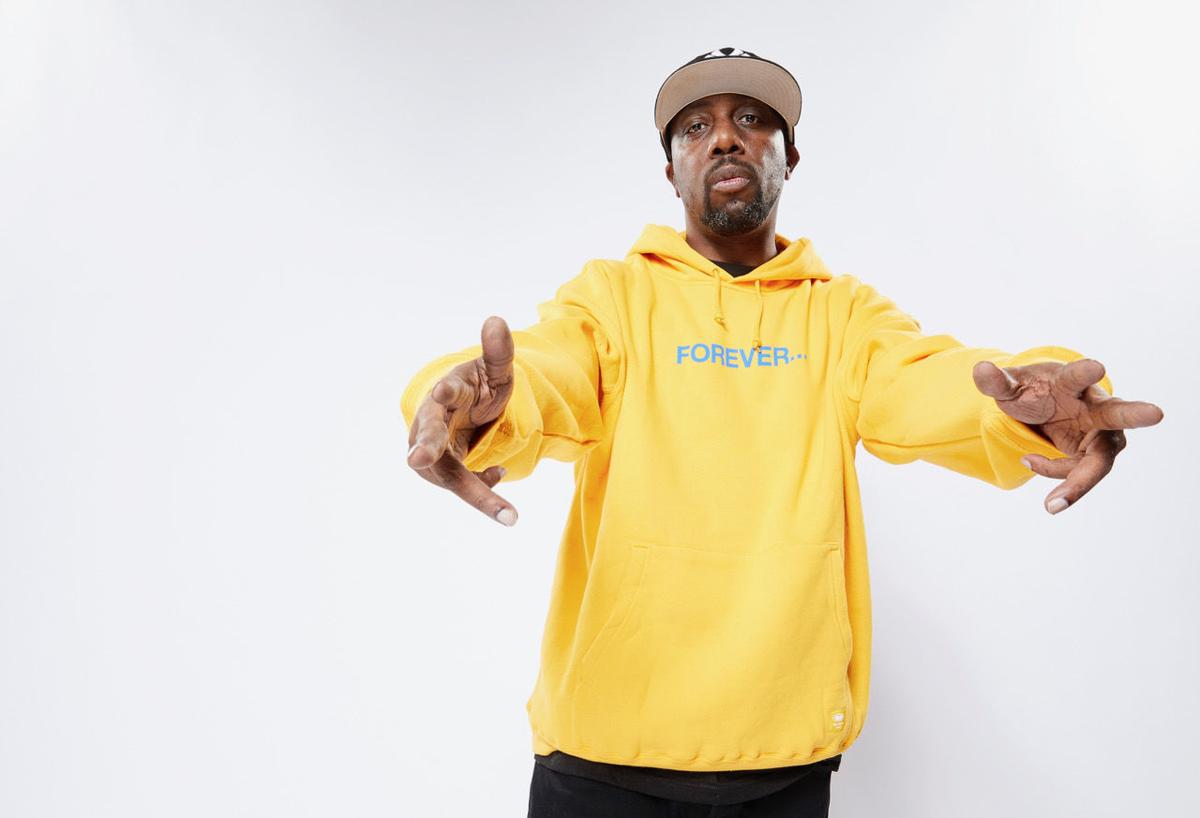 Wu Tang Clan is playing a gig at AVA at Casino del Sol on Nov. 2

Jason Hunter has no trouble remembering his last visit to Arizona.

“It was so hot, my shoes stuck to the ground,” Hunter, known to millions by his stage name Inspectah Deck, said. “I got off the tour bus and stood in one spot for maybe a minute, and literally my sneaker peeled on the ground. I looked and it was like 109 degrees at eight in the morning.”

Deck is one of the founding members of the legendary hip-hop group the Wu-Tang Clan. The surviving members come to the AVA at Casino Del Sol on Saturday, Nov. 2, in celebration of the 25th anniversary of their debut album, “Enter the Wu-Tang (36 Chambers).”

The release featured the track “C.R.E.A.M.,” the group’s most popular song and one of the most notable songs in hip-hop history. Raekwon provides the first verse, with Method Man echoing the chorus throughout. Deck, who is the second most featured member of the group on the album, provides the second verse, a vivid look at overcoming being sent to jail as a teenager.

“It’s one of those songs that you can’t just get on stage and say it and get through it,” Deck said. “You have to actually emotionally get into it. Every other song is fun and I get to jump around and get my energy up, but ‘C.R.E.A.M.’ is a true story. Every time I kick that rhyme, mentally it takes me there as I’m saying it.”

With the album turning 25 years old, Deck is still amazed sometimes at just how popular the group has become. Wu-Tang Clan has sold more than 6.5 million albums in the U.S. alone, with the number closer to 40 million worldwide with solo projects included.

“I think that we touched a lot more people than we thought we were going to,” he said. “We were speaking to the youth out there who had nothing to do; who were just out in the streets trying to find themselves. We didn’t realize how many people were just like us. There’s days when I wake up and I still don’t realize how big this thing is until it hits me in the face. I’ll be in Russia, and some kid who doesn’t know English knows my lyrics word for word. It’s a crazy feeling.”

This year has seen the group actively involved in the Showtime documentary “Wu-Tang Clan: Of Mics and Men” that features interviews with friends and all nine members of the group discussing their formation up to the 25th anniversary. A Hulu series titled, “Wu-Tang: An American Saga” showcases a fictionalized version of how the group was formed, something Deck says can lead to some confusion.

“A lot of people will text me and be like, ‘when did this happen?’ about something and you just have to let them know it’s just Hollywood,” Deck says. “Where we come from, you can’t just go shoot up someone’s house and then next thing you know, you’re in a group together. I just wanted people to know that the characters are based on us, but the story is fictional. Overall though, it’s gotten a really good response from everything I’ve heard so far.”

The group began touring in celebration of their anniversary in January, with stops all across U.S. and overseas. Tucson is set to be the final U.S. show on the tour, with potentially more shows overseas the rest of the year.

With everyone busy working on other projects and spending time with their family, life on the road is one of the few times the group is together as a whole, something Deck says feels like old times.

“Those first 12 or 13 years, we were always laid up at RZA’s house or drooling on each other’s shoulder in 10-passenger vans” Deck said. “It comes to the point where you’re traveling and bringing family with you, or you’re taking breaks to handle their household and doing the things that make it necessary to be out for 30 days.

“The camaraderie when we’re back on the road together, I wouldn’t want to do it with anyone else. There’s a lot of reminiscing involved, as well as future building. Now that it does have this new life with the 25th anniversary, the Hulu special, the Showtime documentary, this thing has a whole other life again.”

Mark Lawson is a University of Arizona journalism student apprenticing with the Star.

More than 150,000 people expected at the All Souls Procession this Sunday

The annual walk on Tucson's west side pays tribute to lost loved ones.

The Arts Foundation for Tucson and Southern Arizona works with artists to bring the community into their creative spaces.

James O’Barr, creator of the world-renowned comic book series “The Crow,” will be a guest at this year’s Tucson Comic-Con.

The group comes through 191 Toole on Wednesday, Nov. 6.

Missouri rock band on the lineup Friday for first day of Hotel Congress's Night of the Living Fest.

The surviving members of Wu-Tang Clan are coming to the AVA Amphitheater at Tucson’s Casino Del Sol on Saturday.

Wu Tang Clan is playing a gig at AVA at Casino del Sol on Nov. 2