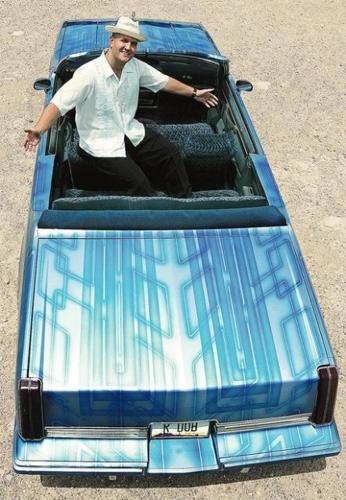 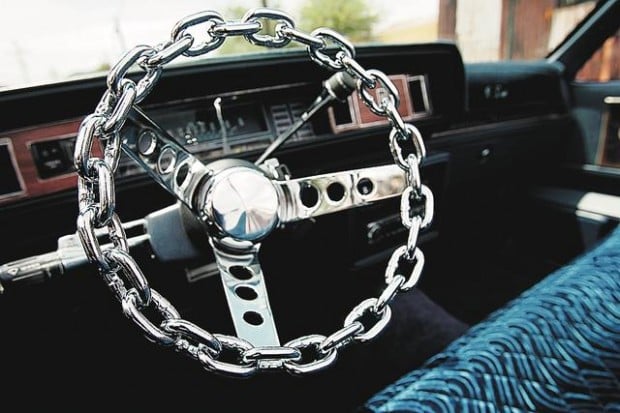 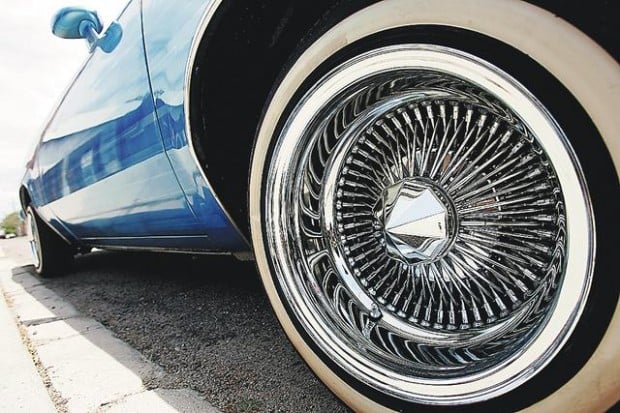 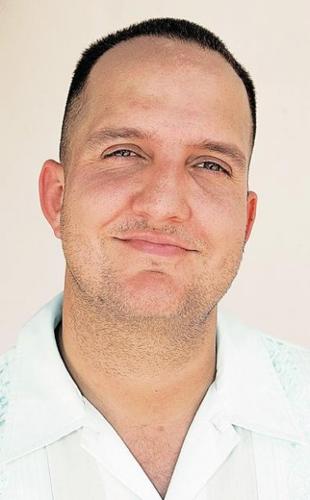 Favorite story: Amphitheater High School grad Williams said he used to love cruising South Sixth Avenue on Saturday nights when he was a teenager, in bumper-to-bumper traffic until 3 a.m. He'd spend all afternoon cleaning his car just to get it in prime cruising condition.

The word: "I am proud to say I still own my first vehicle," said Williams, whose father always regretted selling his first car. "I want to be the 90-year-old, gray-haired guy cruising down the street in this lowrider," he said.

Experience: You wonder when Xzibit is going to jump out from behind the car in Williams' garage, as the Cutlass, sans hydraulics, looks straight out of "Pimp My Ride." It has big JL Audio speakers in the trunk, an embroidered navy dashboard slip and plush blue seat covers with raised grooves all over.

• No outside key locks

Show off your whip

We don't care if you own the biggest rust bucket on the planet or the sleekest, most tricked-out Mitsubishi — if you're proud of it, tell us why. E-mail your entries and pictures (if possible) to ksmith@azstarnet.com.

U of A halts admissions for musical theater program

The University of Arizona School of Theatre, Film & Television is reassessing its direction as interest in film and TV increase. Decisions are expected in March.

To remain popular and keep guests returning for more, Disney parks have said goodbye to many old rides over the years.

Tucson Symphony, Arizona Opera and Arizona Theatre are grappling with a nationwide problem: They are back on stage, but their audiences haven't joined them.

Try these offbeat sports you didn't know existed in Tucson

You can test your talents in cornhole, kickball, disc golf, even ax throwing!

Check out this little Tucson bookshop with big heart

This midtown Tucson shop, which opened less than a year ago, is dedicated solely to children's books.

Christine McVie, the soulful British musician who sang lead on many of Fleetwood Mac's biggest hits, has died at 79.

The singer-songwriter-entertainer brings his "A Jazzy Swingin' Christmas" show to Desert Diamond. Plus, Amanda McBroom performs in cabaret benefit.

Scoundrel & Scamp Theatre is presenting the world premiere of a play based on A.A. Milne's characters Eeyore, Pooh, Piglet and the Hundred Acre Wood gang.

Here's a look at what to watch this weekend, plus more entertainment news

It’s December and pretty much every network and streaming service has a show aimed at spreading holiday cheer. Here's a preview of what's available, plus a look at non-holiday new releases and more entertainment news.