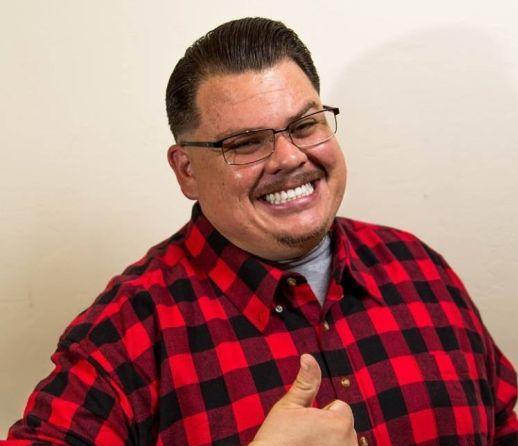 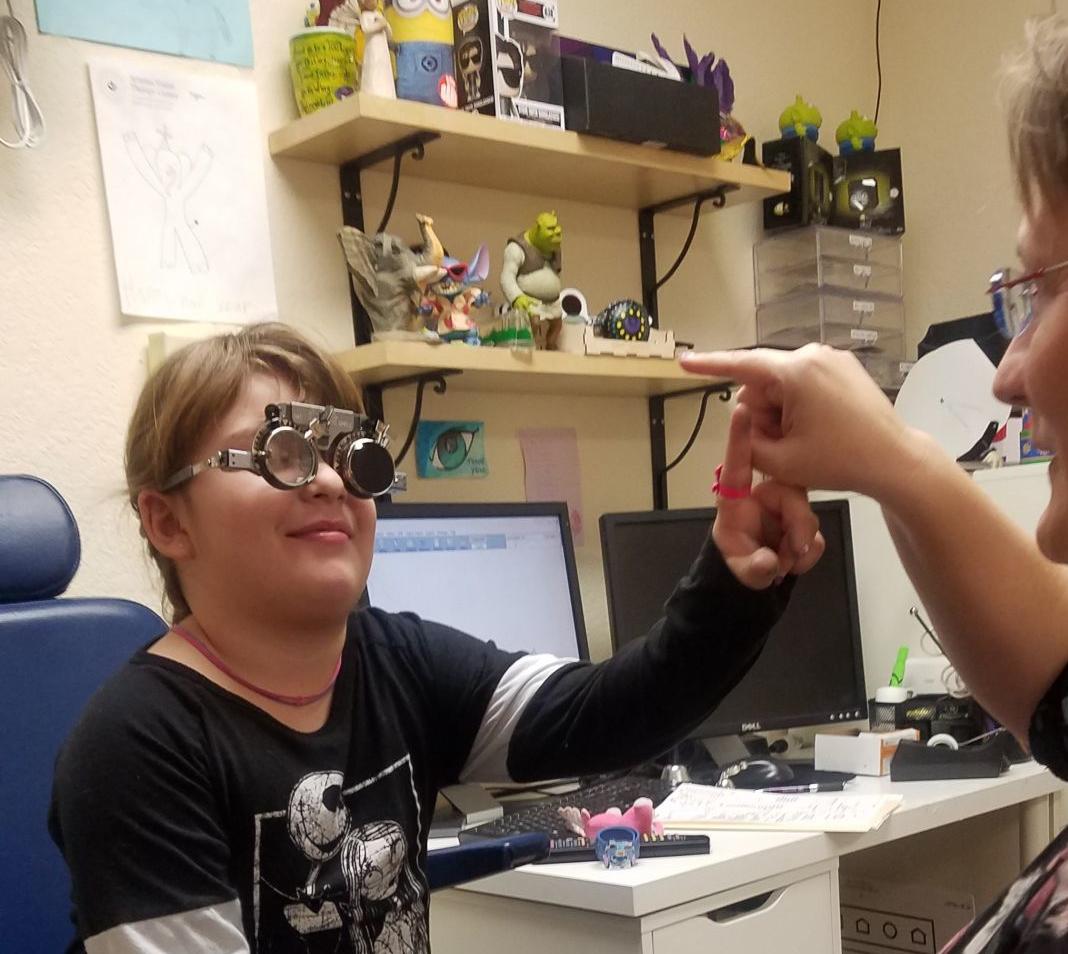 Lucy Casillas, 8, was diagnosed two years ago with amblyopia. She has four more vision therapy sessions to go. 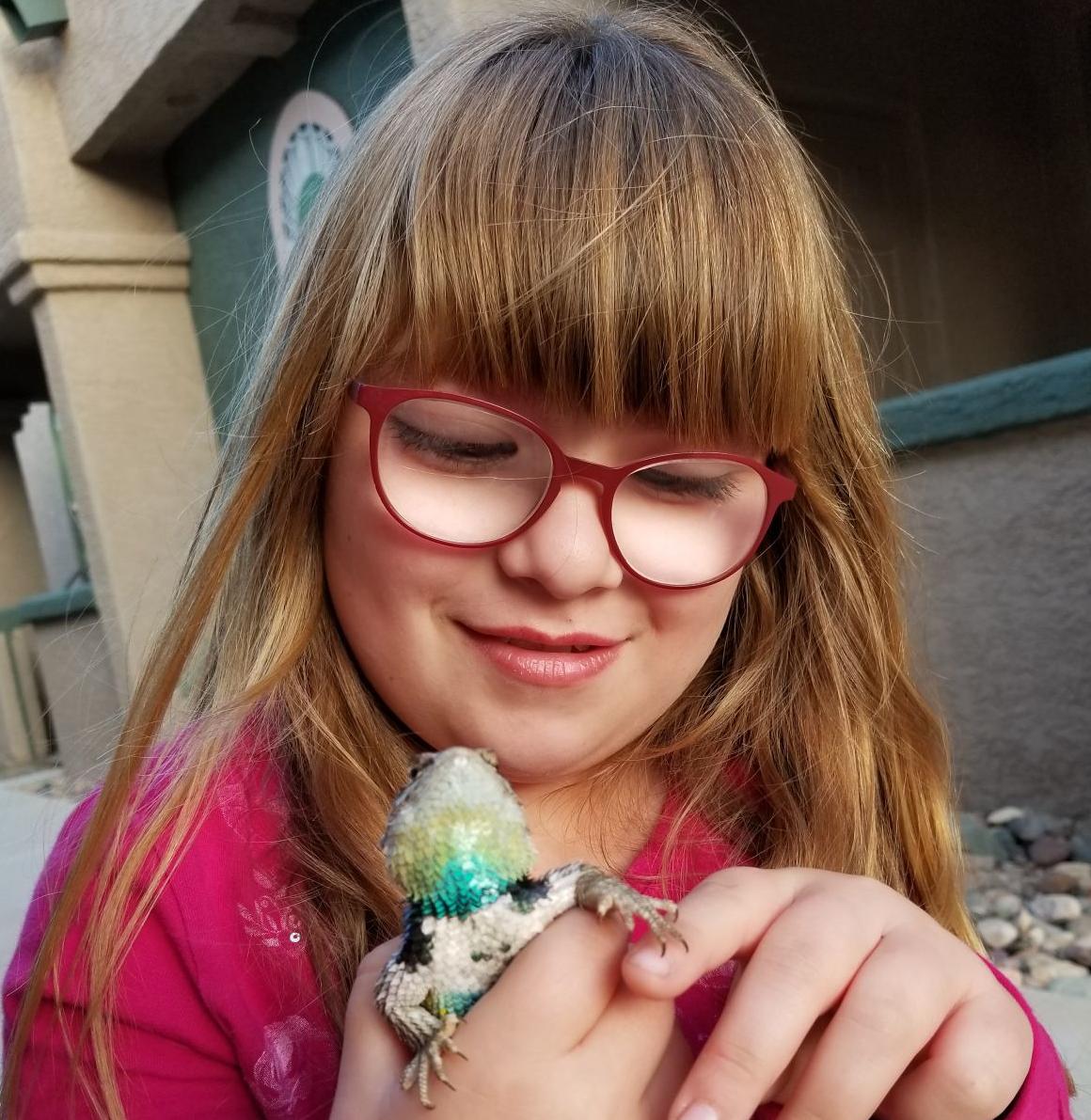 Therapy has improved Lucy’s vision immensely, said her dad. She is now able to see birds in the sky and lizards like the one she’s holding on the ground.

Tucson comedian Pauly Casillas is getting together with a few of his ha-ha buddies for a benefit concert that hits close to home.

Lucy, 8, was diagnosed two years ago with amblyopia, a disorder sometimes referred to as “lazy eye,” in which vision is distorted and blurry. Casillas said they discovered his daughter had it in both eyes after she started playing T-ball and didn’t react whenever a ball was thrown. Casillas said he believes his daughter never developed those visual reflexes because she never learned to crawl.

“She skipped crawling and went straight to walking,” said Casillas, who holds down a day job in the repair shop of a local car dealership and performs standup a few times a month at Laffs Comedy Caffe and in several Phoenix comedy clubs.

He said his daughter missed out on developing peripheral vision that comes with crawling.

Casillas said vision therapy isn’t covered by insurance and the cost is nearly $10,000. Last October, Casillas’s family held a golf fundraiser, which, combined with other contributions, covered six of the 10 months of therapy.

Lucy’s vision has shown significant improvement because of the therapy, Casillas said, including in the areas of reading, writing and math. She also is able to play catch and clearly see birds and airplanes in the sky and animals on the ground.

“Laughs For Lucy” begins at 7 p.m. Thursday at Borderlands, 119 E. Toole Ave. Admission is $20 at the door. Donations also are being accepted through paypal.me/2ndSaveMyasSightLucy.

The show is the latest example of art diving into politics in the age of Trump.

Revised one-woman show is more of a stage play than song-and-dance/comedy show.

For the love of laughing: Tucson's inaugural comedy crawl kicks off Sunday

Perhaps you want to try a restaurant you've never visited before, but you don't want to spend a lot if you aren't sure you'll like it. The Ari…

Men and boy choristers coming to Arizona for international festival

Event is organized by director of the Tucson Arizona Boys Chorus.

Alexander Lipay holds the record for standing ab rolls — and that's not an easy thing to do.

Lucy Casillas, 8, was diagnosed two years ago with amblyopia. She has four more vision therapy sessions to go.

Therapy has improved Lucy’s vision immensely, said her dad. She is now able to see birds in the sky and lizards like the one she’s holding on the ground.