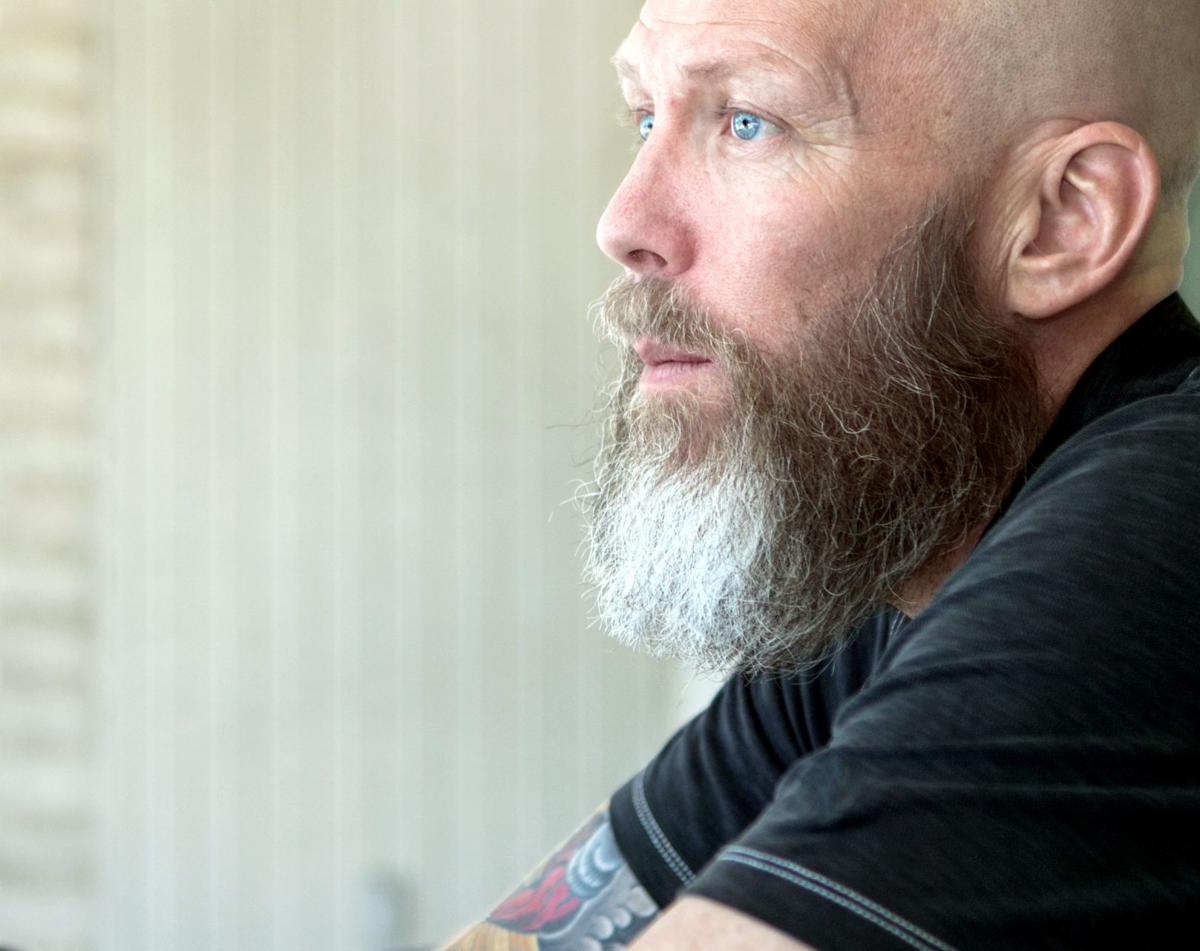 Dr. Christian Moher of Community Partners Integrated Healthcare is the first non-psychiatrist to win the National Council for Behavioral Health’s Doctor of the Year Award. 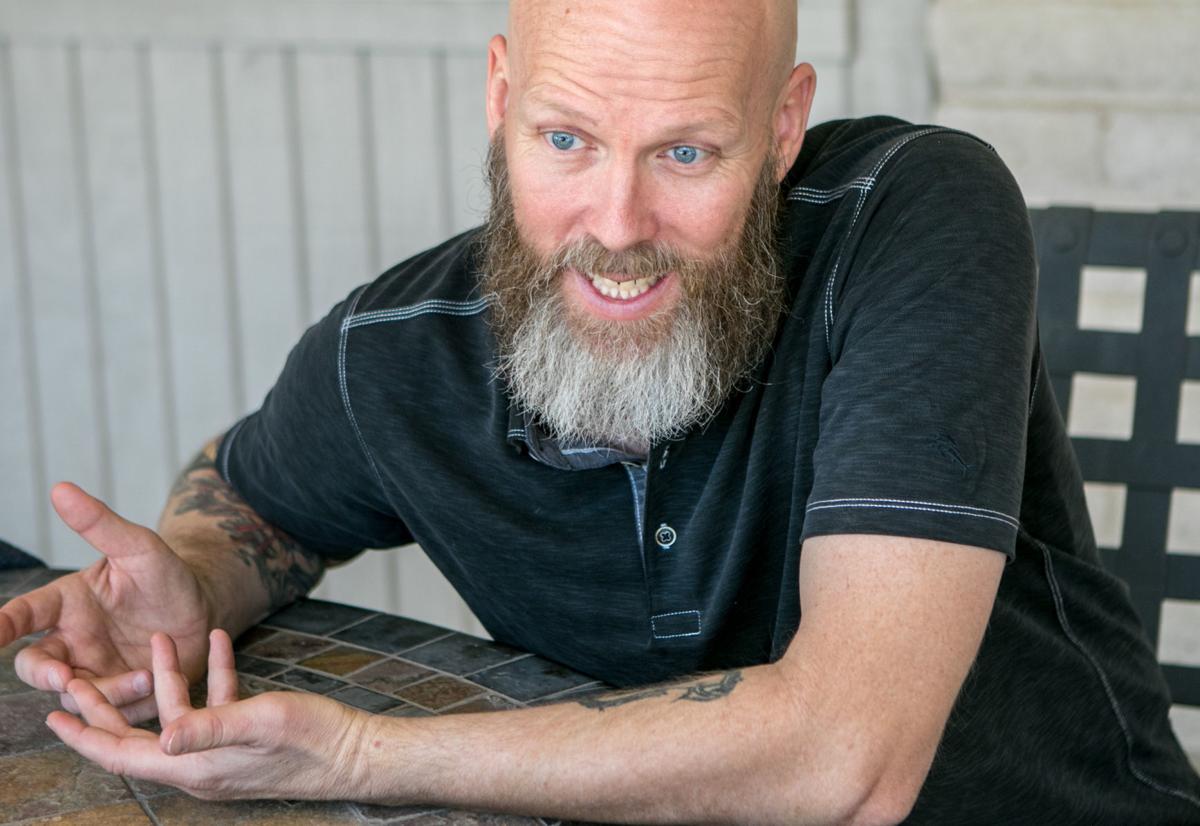 Tucson Dr. Christian Moher at his home on April 19, 2018 in Tucson, AZ. Moher is a family physician and early local innovator of integrated care, where mental and physical health are addressed together. He is the first non-psychiatrist to win the National Council for Behavioral Health’s Doctor of the Year Award.

A willingness to acknowledge and fix the mistakes he and other doctors made prescribing opioids helped earn Tucson’s Dr. Christian Moher a national honor.

Moher, 50, will be the first family physician to be recognized as “Doctor of the Year” by the National Council for Behavioral Health, a non-profit organization of mental health and addiction treatment providers.. The award, which has historically gone to a psychiatrist, recognizes a doctor “who has gone above and beyond the call of duty, empowering their patients to define their own goals and providing the encouragement and support to help them achieve their dreams.”

Moher, the chief medical officer at Community Partners Integrated Healthcare, a division of Tucson-based Community Partners Inc., was recognized for, among other things, being a national leader in changing the way he prescribes opioids and treats patients with chronic pain.

A majority of the company’s patients are enrolled in the behavioral-health system of Medicaid, the government insurance program for low-income people that in Arizona is called the Arizona Health Care Cost Containment System, or AHCCCS.

“He has been a real catalyst for bringing forward an integrated health model with remarkable outcomes,” said Vanessa Seaney, president and chief executive officer of the nonprofit Community Partners Inc., who nominated Moher for the award.

The integrated-care model means, for example, that a recent patient who came to Moher wanting to detox from a drug addiction could get into a facility the same day, he explained.

In his early days practicing as a primary-care doctor, Moher would have told a patient needing detox to call the number for behavioral health on the back of their health insurance card, and then it would have been up to the patient to ask to be put on an intake list.

In the recent case, “I was able to walk down the hall, grab that patient’s peer-support person and caseworker. We had him admitted within an hour of him telling me he wanted to get detox,” said Moher, who still sees patients. “That is how integrated care works.”

The day after the awards ceremony Tuesday in Washington, D.C., Moher will deliver a TED talk about opioid prescribing, along with Community Partners Inc. colleague and peer-support specialist Joddi Jacobson.

From 1999 to 2010, the amount of opioids sold to hospitals, pharmacies and doctors’ offices quadrupled in the U.S. Overdose deaths quadrupled during the same period. Yet there was no statistical change in the amount of pain reported by patients, Moher said.

“There is a generation of physicians, including myself, that were trained to be aggressive with opioids for chronic pain. That certainly contributed to where we are now with our opioid problem,” said Moher, who graduated from the University of Arizona College of Medicine in 1999 and completed his residency in Oregon in 2002.

“That is the era when pain became the fifth vital sign. We started using the pain scale. We were reassured that if we used opiates for chronic pain that people would not get addicted to them,” Moher said.

“We were also taught that if we did not assess and address people’s pain we could be held liable — we could be sued for that. There were doctors that were sued in California for not addressing people’s pain. Then add in the impact of Big Pharma sponsoring a bunch of kind of shady research at the time.”

Moher said he had to acknowledge to himself and others that what he believed to be true about opioids was wrong. He then moved forward with designing a new interdisciplinary team model for reducing the number of chronic-pain patients on high dosages of opioids.

Within six months, Community Partners went from having 36 percent of its chronic-pain patients on 120 milligrams or more of morphine equivalent per day to 7 percent, Moher said.

“We had people who had been on opioids for 10 years, 12 years, who are now entirely off of all controlled substances,” he said. “Some of them were not super happy about it. But opioids don’t work great for chronic pain.”

Getting off opioids improves the patients’ cognition and ability to function in society, Moher said, adding that he’s not abandoning his patients who still take opioids.

“I helped create this problem,” Moher said. “The reality is, some patients probably do need opioids. The line we are going to have to walk as a society is to figure out, how do we make sure they get the medicines they need, and how do we figure out who they are?”

Community Partners has been expanding in the last three years, with 15 clinical sites and about 10,000 patients across eight counties. Its largest clinic is on Tucson’s south side at 3939 S. Park Ave..

Seaney said Moher is a “change agent” who has led a cultural shift in the organization.

Community Partners’ patients have access to a health-care team that can include a primary-care provider, psychiatrist, nutritionist, therapist, case manager (including housing and employment specialists), pharmacist and certified peer-support staff.

The team coordinates each patient’s care and needs, from ensuring they follow up with specialists and get their medications filled to offering job training and making sure they have food in their refrigerator.

While commercial insurance plans don’t regularly reimburse for such models, AHCCCS on Oct. 1 will be switching a majority of its nearly 2 million enrollees to an integrated-care model called AHCCCS Complete Care.

“Integrated care is not cheap care. It is expensive,” Moher said. “But the idea is that if we can treat people proactively on the front end we can save money on the system on the back end by hopefully reducing hospital admissions, reducing ER visits and inpatient mental health admissions as well.

“With AHCCCS, if a peer-support person interacts with someone or drives them to their doctor’s appointment, we can get paid for all those interactions throughout the day. With commercial insurance, there’s not a way to get any of that stuff covered.”

Moher almost wasn’t able to make the trip to D.C. While exercising last Sunday he felt a sudden, piercing pain in the back of his head that turned out to be a small brain bleed. He spent four days under observation at Tucson Medical Center. The concern was that it was an aneurysm, but that didn’t turn out to be the case. The bleed healed and he was cleared for travel.

True to a reputation for solid time management, Moher invited a reporter to interview him in his hospital room. Moher, a father of two, makes sure he has time for creative writing, for music (he plays in a rock band) and for regular exercise. He typically starts his day at 4:30 or 5 a.m.

His wife, Tucson pediatrician Dr. Jennifer Moher, says her husband needs to slow down a little but has always been good at carving out time to maintain his physical and emotional health — the same “whole health” goal he sets for his patients.

Classically-trained medical providers do not have the skills, knowledge or approach practiced at the Integrative Pain Center of Arizona.

"It is beautiful," Norma Santos Trujillo said, as she sped across her living room floor in her new wheelchair. "It's so light."

The students were met at the Capitol by about a dozen armed gun-rights supporters who waved American flags and used megaphones to shout at them.

Event will be at the UA Cancer Center's North Campus on April 28.

The clinic is an emblem of the community's opioid problem. It's not replacing one addiction with another, advocates say.

Dr. Christian Moher of Community Partners Integrated Healthcare is the first non-psychiatrist to win the National Council for Behavioral Health’s Doctor of the Year Award.

Tucson Dr. Christian Moher at his home on April 19, 2018 in Tucson, AZ. Moher is a family physician and early local innovator of integrated care, where mental and physical health are addressed together. He is the first non-psychiatrist to win the National Council for Behavioral Health’s Doctor of the Year Award.