In a surprise move, Brnovich told the justices to ignore a week-old filing from his office. It had asked them to refuse to consider legal arguments by a medical marijuana user, Rodney Jones. Jones contends he was wrongfully convicted of a felony for possessing 0.05 of an ounce of hashish.

Brnovich is concerned that the way his department’s filing was worded could have implications far beyond whether Jones was legally convicted.

“The last thing the attorney general wants is to deny medicine to legitimate patients that may be ingesting their marijuana an in extract or a tincture-type of a form,” said his spokesman Ryan Anderson.

Anderson noted there are children who, under current interpretations of the medical marijuana law, are now getting the drug in liquid fashion to treat their seizures.

What happens now in the case is unclear.

Anderson said that, on one hand, the Attorney General’s Office is legally required to defend criminal convictions obtained by county attorneys. And in this case, a trial judge ruled that it was illegal for Jones to have hashish.

That decision was upheld in a split ruling by the Court of Appeals, with Jones now seeking Supreme Court review.

Anderson said the filings of the criminal appellate division seeking to uphold the conviction were not run by Brnovich. That failure to consult Brnovich is not normally a problem, Anderson said, with that division pretty much operating on its own, even though all the filings bear Brnovich’s name.

But Anderson said this case is different because of the wholesale arguments that alternate forms of marijuana are illegal for patients.

“The attorney general has a responsibility to uphold the will of Arizona voters,” Anderson said. He said it may very well be that the 2010 voter-approved law does permit patients to buy and use marijuana in extracts and forms other than the leaves and flowers, despite the lower court rulings.

Brnovich, a Republican, is seeking reelection in November against Democratic challenger January Contreras.

A Capitol Media Services story published earlier Monday in the Arizona Daily Star detailed that the Attorney General’s Office was asking the justices to adopt a narrow view of the Arizona Medical Marijuana Act.

That law allows patients with specific medical conditions and a doctor’s recommendation to obtain up to 2½ ounces of marijuana every two weeks. That list includes cancer, glaucoma, AIDS, as well as nausea, seizure and severe and chronic pain.

The law specifically allows for mixtures and preparations. And the state Department of Health Services has adopted rules permitting state-licensed dispensaries to sell other forms of the drug, including making them into edibles.

Yavapai County Attorney Sheila Polk, however, got a trial judge to agree with her argument that hashish, made from the resin of the plant, is not covered by the act but is a narcotic drug. Jones was sentenced to 2.5 years in prison, a conviction upheld by a 2-1 split in the state Court of Appeals.

Anderson said what may happen now is for Brnovich to take a more neutral position on the issue of what forms of marijuana are legal for dispensaries to sell and for patients to possess. That, he said, would leave it up to the Arizona Supreme Court to decide.

There’s another option. Anderson said the Legislature could seek to clarify the law.

Lower court: Law does not cover edibles and liquids made from plant.

Arizona attorney general: Medical pot fees can, with limits, be used for other drug programs

Dissent says cannabis resin part of plant just like "sap is part of a tree."

The McCain Institute is looking for a few good mavericks

WASHINGTON — A nonprofit named for the late Sen. John McCain is looking for "mavericks" to vote in the Nov. 6 midterm election and fight for h…

A flash flood warning has been put in place for Bisbee.

WASHINGTON (AP) — Sandra Day O'Connor, the first woman on the Supreme Court, announced Tuesday that she has the beginning stages of dementia, …

Sandra Day O'Connor, the first woman on the Supreme Court, announced Tuesday that she has the beginning stages of dementia, "probably Alzheimer's disease," and plans to withdraw from public life.

Tucson: Turn in your losing lottery tickets for pizza today

Just in case you don't have a winning lottery ticket tonight and won't become a billionaire by tomorrow, at least you can get a free slice of pizza.

Arizona Supreme Court said defendants are constitutionally entitled to be released pending trial when there is no showing they will be a danger to the community.

PHOENIX — The Arizona Supreme Court has agreed to decide whether extracts of marijuana used to make edible products, now being sold at state-l… 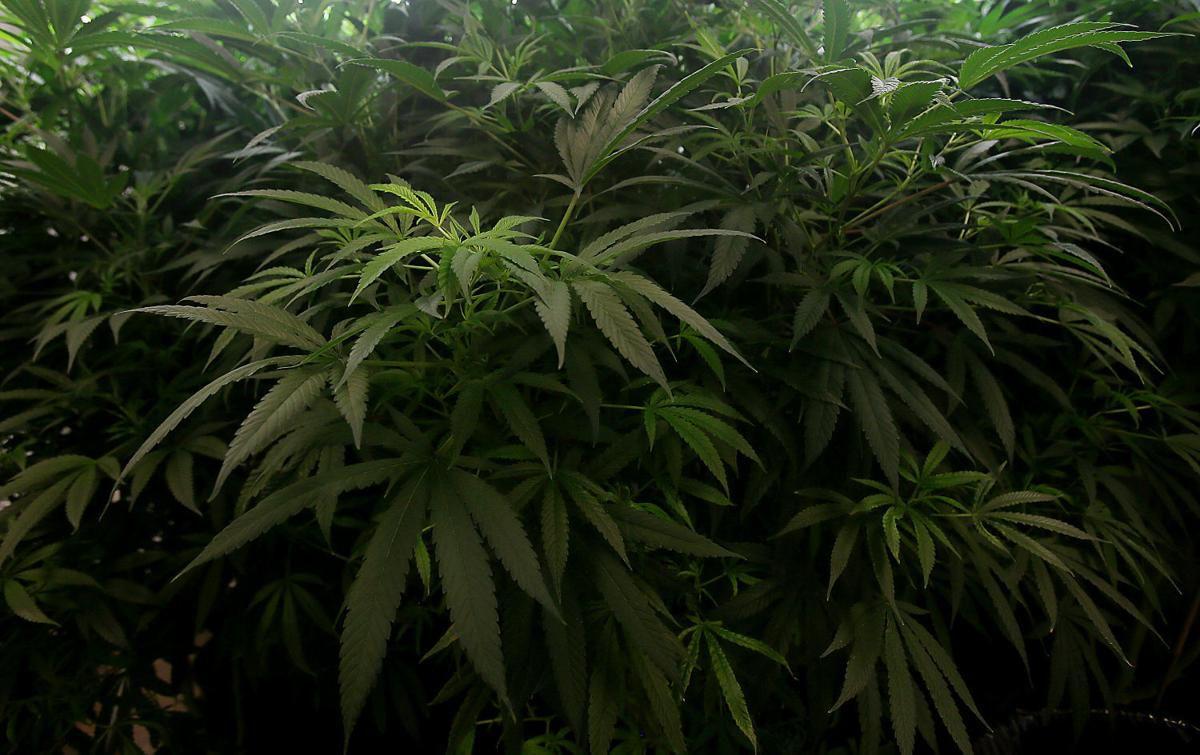 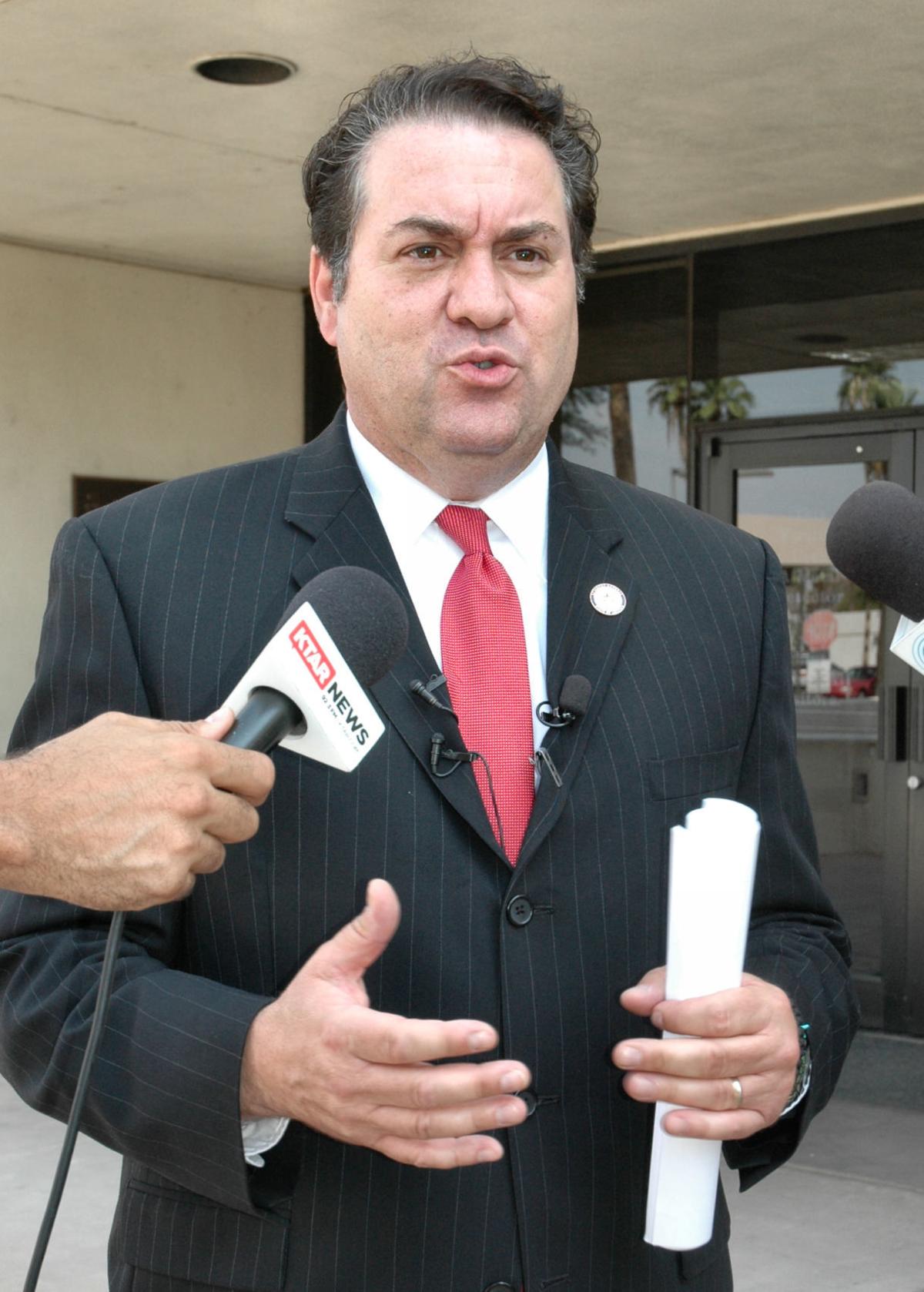