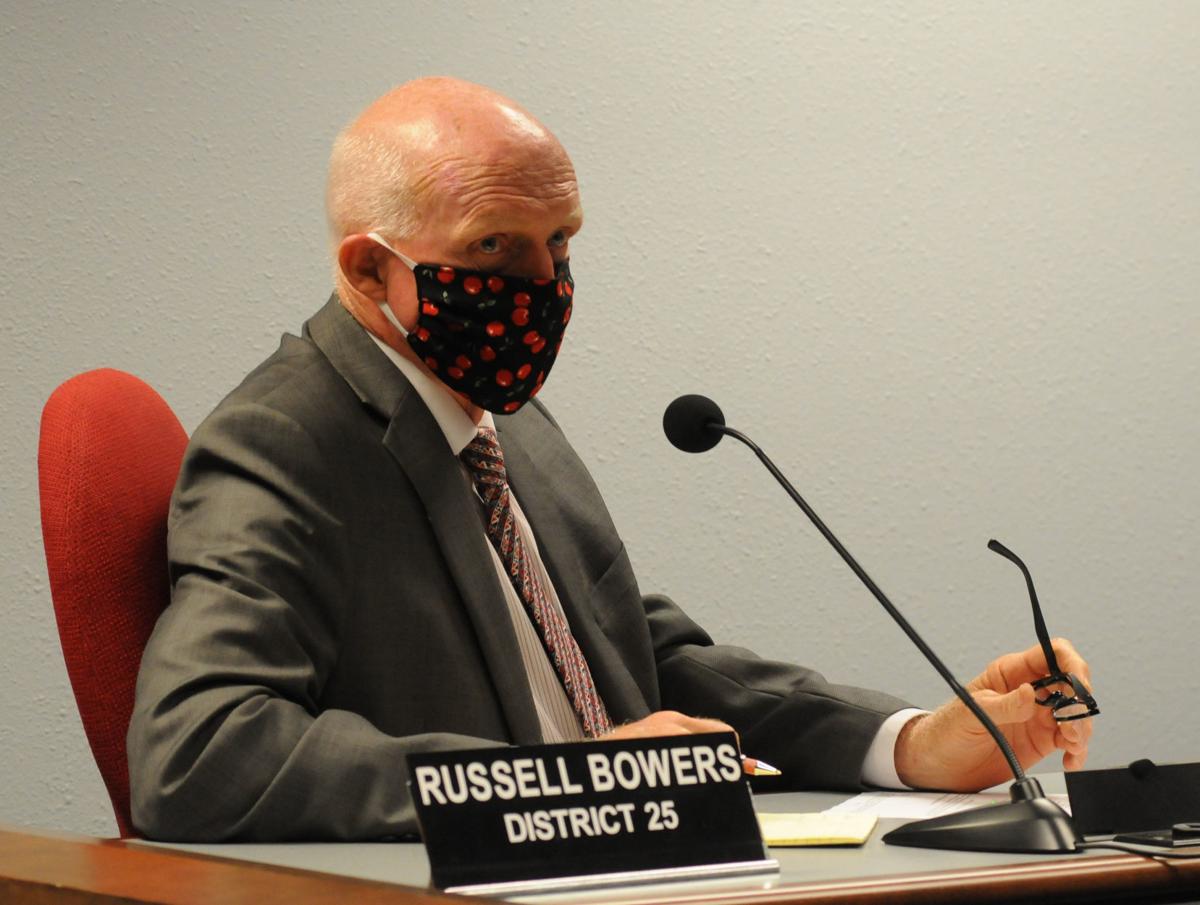 “One of the major challenges to all businesses right now ... is their fear of uncontrolled liability in a very hyperlitigious society,” said House Speaker Rusty Bowers, R-Mesa. 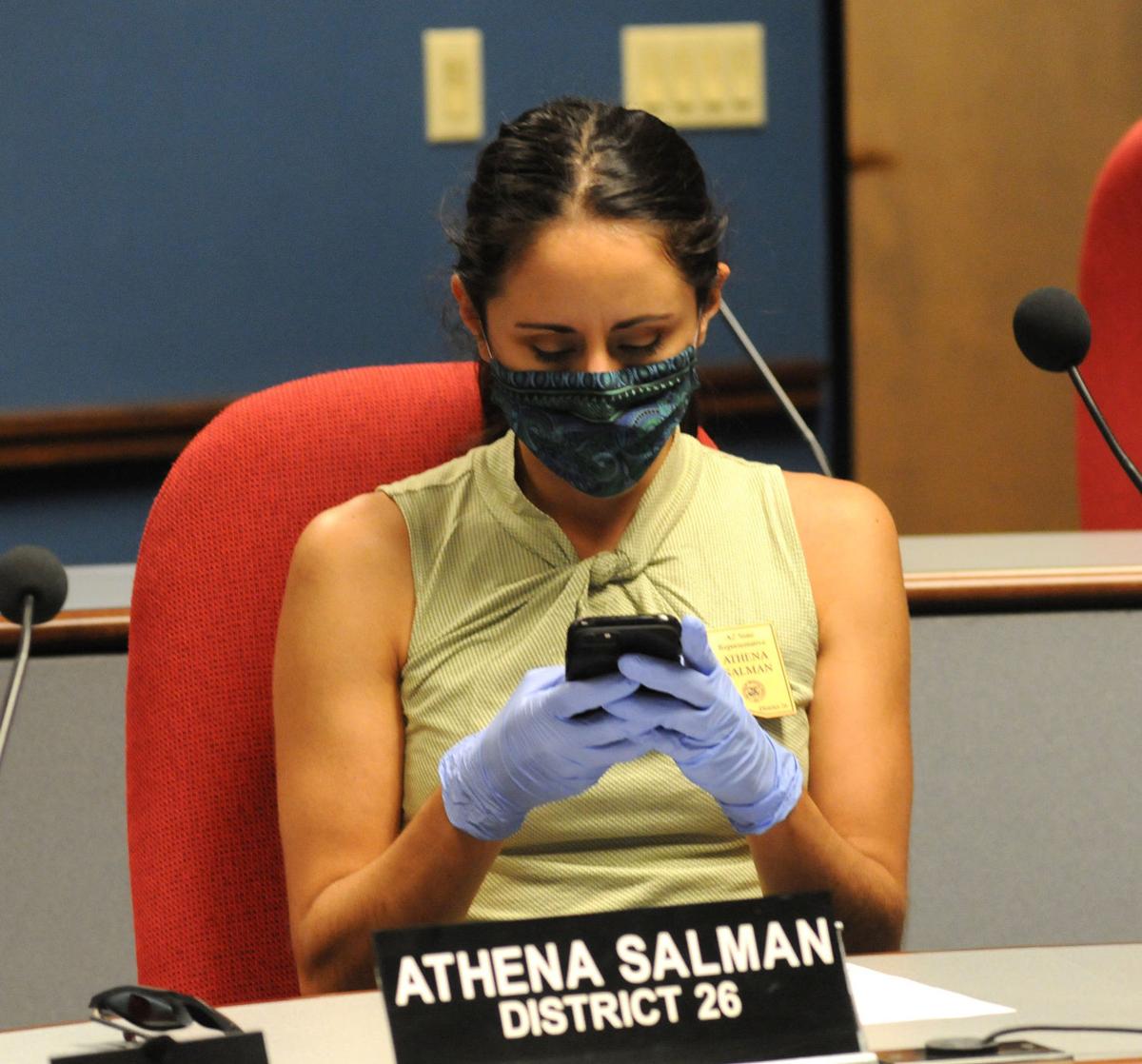 Rep. Athena Salman, D-Tempe, said it’s true workers can refuse to return to what they believe are unsafe situations, but in doing so they would forfeit their unemployment benefits.

PHOENIX — Republican lawmakers are moving to make it harder for someone who contracts COVID-19 to sue a business where they believe they were infected or a company that made a device that did not provide promised protection from the virus.

Legislation introduced Monday would preserve the right of all to sue those whose actions or inactions exposed them to the virus.

But the measure spells out that simply proving negligence by a business owner is not enough. They would have to show that there was gross negligence. That generally requires someone to convince a jury not only that the business failed to take action to preclude the spread of the disease, but did so with reckless disregard of the consequences.

This proposal also says that when the claim involves COVID-19, the standard for proof would become “clear and convincing evidence.”

That is a higher burden than “preponderance of the evidence,” but not as strict as the criminal standard of “beyond a reasonable doubt.”

House Speaker Rusty Bowers, R-Mesa, did not dispute that if this becomes law, employees will have a more difficult time proving that unsafe conditions at a workplace were responsible for their illness. But he said that’s not the focus of what Republicans in the legislative majority are trying to do, which is to stimulate and reopen the economy.

“There is a very large segment of the public that runs our economy, that we have to quickly empower and build their confidence that they’ll be able to reopen and have an acceleration where they can feel comfortable hiring the employees, the employees can feel comfortable, all working responsibly together to move the needle,” Bowers said. “And I think a liability protection bill that has a higher standard on two counts is a good thing to do.”

As for any workers who believe they are being put in unsafe situations, Bowers said, “I don’t believe any employee is being forced to go into any situation.”

Customers also aren’t forced to go to any business, he added. “We’re not saying, ‘You must go patronize,’” Bowers said.

By contrast, he said, COVID-19 requires special protections for employers.

“One of the major challenges to all businesses right now, that they have expressed to us, is their fear of uncontrolled liability in a very hyperlitigious society,” he said.

“The trial attorneys may want to have open season and lean on people,” Bowers said. “In a pandemic, I would think that would be a well-based fear.”

Rep. Athena Salman, D-Tempe, the House co-minority whip, said it is true workers can refuse to return to what they believe are unsafe situations. But she pointed out that they would forfeit their unemployment benefits.

Federal law allows people to refuse available work under only narrow circumstances, like being quarantined, caring for a family member who is infected, or being a member of a population that is particularly susceptible to COVID-19. Anyone else offered their old job back has to return or stop collecting benefits, a situation she said creates real problems.

“If you are a restaurant worker and your employer says, ‘You can’t be wearing a mask while you’re serving food,’ and you’ve been self-quarantining this whole time until you’re forced to come back to work ... you have to go back to work,” she said.

Salman said if an employee in that situation gets sick, “it is likely that that person probably contracted it while they were at work.”

Barry Aarons, lobbyist for the Arizona Association for Justice, said it’s a problem that nothing in the proposal helps employees who may become ill due to the negligence of others. The reverse would be true, making it even more difficult for them to hold others liable, he said.

“He knows the challenge this has placed on our small businesses and wants to work with the business community on solutions that protect consumers and entrepreneurs,” Ptak said.

Glenn Hamer, CEO of the Arizona Chamber of Commerce and Industry, defended the notion of special liability rules for COVID-19 cases.

“What’s different right now is the severity of the disease and the speed for which we need manufacturers to step up and produce the products necessary to keep Americans alive,” such as ventilators, he said.

“Some are literally starting from scratch in putting these together,” Hamer said, adding that the same thing is happening as distillers are now manufacturing hand sanitizer.

“The reward shouldn’t be, ‘Hey, they accidentally screwed something up,’ they’re sued into oblivion,” he said. “It should be, if there’s a mistake, they’ll change it quickly.”

The plan is to have the Arizona House vote on the measure this week and send it to the Senate, which, having voted to say it completed its business, is technically in recess.

It’s unclear whether courts would uphold the special rules if they are enacted. The Arizona Constitution specifically bars lawmakers from limiting the right to recover damages for injuries. The question becomes, at what point does imposing a higher burden on plaintiffs effectively eliminate their right to sue?

Salman said the GOP plan is paying attention to the wrong issue.

“The focus should be that we are living at the beginning of a global pandemic that is costing people’s lives, now, how do we open up the state when every single reputable public health expert is saying it is way too soon?” she said.

A new statewide survey suggests the public is more in agreement with that position. OH Predictive Insights asked voters last week — right before Ducey announced he was lifting his stay-home order — what they thought of removing it. Pollster Mike Noble found 52% of the 600 people he asked thought such a move was too soon, risking more infections, versus 32% who feared the state was acting too slowly, risking hurting the economy.

There was a pronounced difference between the state’s two big urban counties, where there was much more fear of moving too fast, than in the 13 rural counties where those questioned were evenly divided.

Still, the survey showed that those questioned this month are, overall, less concerned about COVID-19 than they were in March.

Theaters can reopen Saturday under new Arizona guidelines, but most won't

The state's largest operator of theaters is waiting for the release of anticipated summer blockbusters.

After a two-month coronavirus closure, local gyms were able to open their doors with social distancing practices in place.

The party-line vote to keep the session open came as the GOP majority said it's time to stop worrying about the virus and get back to the regular business of the Legislature.

Bill designed to clamp down on property seizures in Arizona advances

SB 1556 would end the ability of prosecutors to be able to take property simply by convincing a judge that it is connected to criminal activity. Instead, they would have to actually first convict someone of a crime.

Arizona House votes to make it harder to sue businesses, others over COVID-19 claims

Victims or their survivors could sue only if they could show someone was grossly negligent, rather than merely negligent.

“One of the major challenges to all businesses right now ... is their fear of uncontrolled liability in a very hyperlitigious society,” said House Speaker Rusty Bowers, R-Mesa.

Rep. Athena Salman, D-Tempe, said it’s true workers can refuse to return to what they believe are unsafe situations, but in doing so they would forfeit their unemployment benefits.