PHOENIX — Attorney General Mark Brnovich wants state lawmakers to debate and enact a law allowing recreational marijuana use for adults, rather than risk an industry-crafted measure winning at the ballot box.

And even Gov. Doug Ducey, who remains personally opposed to recreational use, said he is open to the possibility of signing such a law as an alternative to an initiative. Brnovich told Capitol Media Services on Monday that the issues are far too complex to be left to a take-it-or-leave-it ballot measure. He said those issues deserve more discussion than 30-second TV ads pushed by proponents and foes.

“Generally speaking, as a matter of public policy, the public policy makers, i.e., the Legislature, should step up and address issues so voters don’t have to do it via the initiative process,” he said.

But Brnovich said his key concern is that if marijuana for adults is legalized by voters, it will be constitutionally protected against legislative fixes.

The idea is getting a skeptical response from the committee working on a marijuana legalization initiative it hopes will be on the November 2020 ballot.

“I think this is more work than the Legislature has the capacity to tackle,” said Stacy Pearson, a consultant working with the group writing the initiative. “This is complicated.”

More to the point, her organization does not intend to wait around until next year to see what state lawmakers come up with.

Its petitions to get the necessary 237,645 valid signatures by July 2, 2020, will likely be on the streets as early as next month.

The Arizona Chamber of Commerce and Industry, which helped defeat a recreational marijuana initiative in 2016, is open to the idea of having the issue tackled by the Legislature.

“In order to be able to fix errors or address unintended consequences, adopting new policies via the regular legislative process is almost always preferable to the ballot box,” said spokesman Garrick Tayor.

That’s also on the governor’s mind.

“I think in any law there are unintended consequences,” Ducey told Capitol Media Services. “Voter protection doesn’t contemplate that. And, yes, that does concern me.”

Yavapai County Attorney Sheila Polk said she will oppose any efforts, at the ballot box or the Capitol, to allow recreational use of the drug.

“There is not a single successful model for legalization anywhere, whether by initiative or by legislative action,” she said.

“Once a state starts down the path of legalization, there is no turning back. Good public policy should discourage, not encourage, drug use,” said Polk, who, like Brnovich and Ducey, is Republican.

In 1996 voters approved a law to allow doctors to prescribe marijuana and other drugs. The following year the Legislature effectively gutted the law to prevent it from taking effect.

So in 1998 the same group got voters to enact a constitutional measure, called the Voter Protection Act.

It prohibits lawmakers from repealing or altering anything approved at the ballot box. Changes are allowed only with a three-fourths vote of both the House and Senate, and only when those changes “further the purpose” of the original measure.

“Recent history has shown that there are all sorts of unintended consequences when it comes to legislating via the initiative process,” Brnovich said.

For example, state lawmakers tried in 2012 to amend the 2010 medical marijuana law to keep students from possessing the drug on campus.

But Brnovich was rebuffed by the Arizona Supreme Court when he sought to defend the law, with the justices saying that wasn’t what voters approved and the Legislature had no authority to change it.

The same, Brnovich said, will be true with whatever initiative organizers present to voters.

He said there will be complex questions ranging from location, packaging and advertising, to how the state deals with edible forms of the drug.

And then there’s the issue of people operating motor vehicles while under the influence of marijuana. “What do you do about testing for THC,” the psychoactive ingredient in the drug, Brnovich asked. The question includes not only how to test but what is considered impaired.

“There are a lot of really serious questions that are a part of this conversation,” he said. “It’s hard to do that sometimes when you are doing that via the initiative process and 30-second TV ads. These are complicated issues that deserve intellectual debate.”

Ducey, who opposed the 2016 measure, said his views of recreational use haven’t changed.

“I don’t think any state ever got stronger by being stoned,” he said. “And we have existing laws that support medical marijuana.”

But the governor also said anything approved by the Legislature can be fixed, unlike voter-approved measures.

He was careful to say he was not trying to undermine the ability of people to craft their own laws.

“Of course I want to protect the will of the voters,” Ducey said. “But I also think we have a legislative process for a reason, and that’s to adjust and improve policy when we can.”

Ducey said he wants to “know the specifics” before committing to a legislative solution.

One issue likely weighing on those who will decide whether to support a legislative solution is the chance that a 2020 initiative would pass.

Since then several states have legalized the adult use of marijuana, either through legislative or voter action.

And a telephone survey in Arizona earlier this year showed 52% of those questioned were in support of legalized recreational use.

Pearson said the initiative campaign will have the cash it needs.

“The funders have committed the resources to win,” she said.

The Department of Health Services says existing state law prevents the agency from popping in to inspect dispensaries unannounced.

The governor signed many bills Friday on a variety of issues. Here's a roundup.

Arizona Supreme Court: OK to use many forms of medical marijuana

Ruling is setback to effort to contain use to only plant leaves, flowers.

The law "discourages the people of Arizona ... from exercising their fundamental right" to propose laws, attorney says.

Tucson weather: Another round of storms possible by afternoon

Tucson could be in for round two of monsoon storms by Tuesday afternoon, weather officials say.

State wants challenge to petition law thrown out of court

Law that spells out rules on petition gathering makes it more difficult to place initiatives on ballot.

PHOENIX — Arizonans who want to use marijuana recreationally would get a lot of places to buy it legally under a plan unveiled Wednesday.

Proposal would allow medical marijuana use for autism in Arizona

Proposed law also would add opioids abuse to list of medical conditions for which doctors could recommend marijuana use by patients. 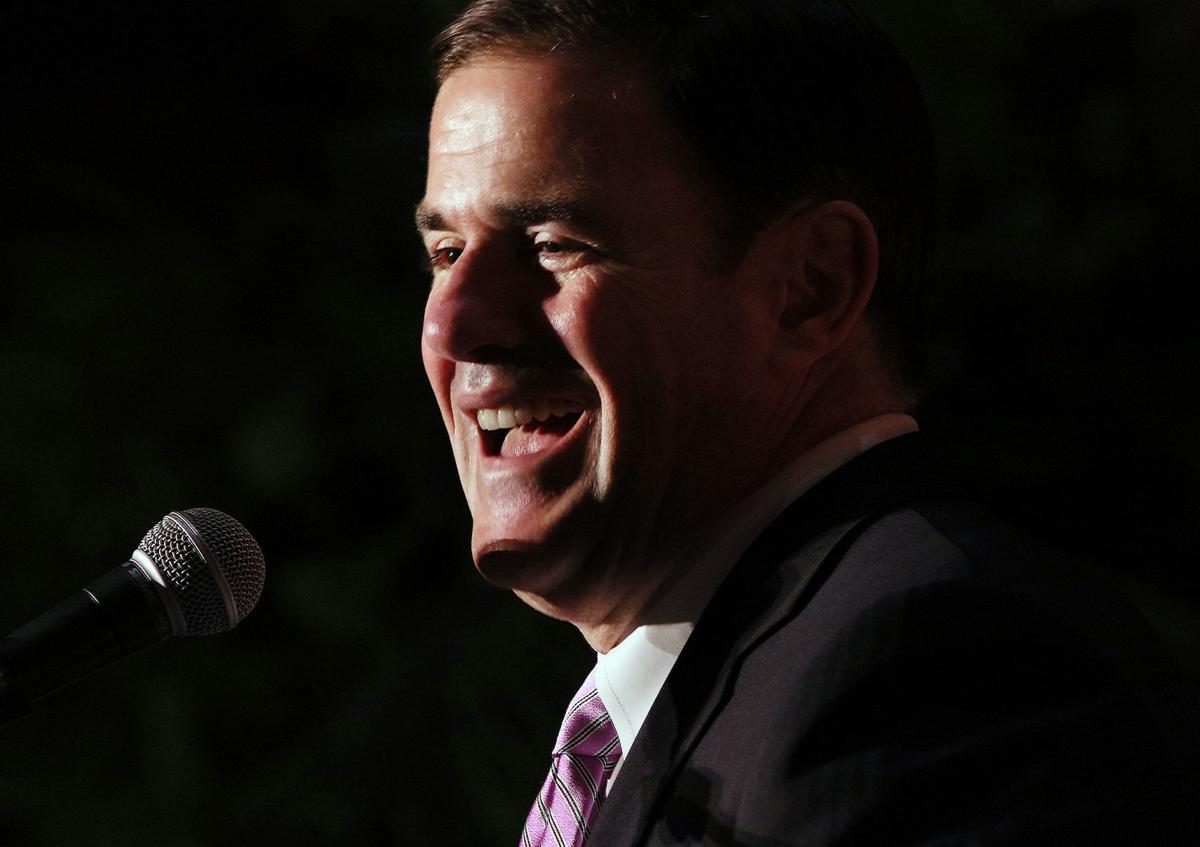 Arizona Gov. Doug Ducey, who opposed a 2016 measure on the recreational use of marijuana, said, “I don’t think any state ever got stronger by being stoned.” 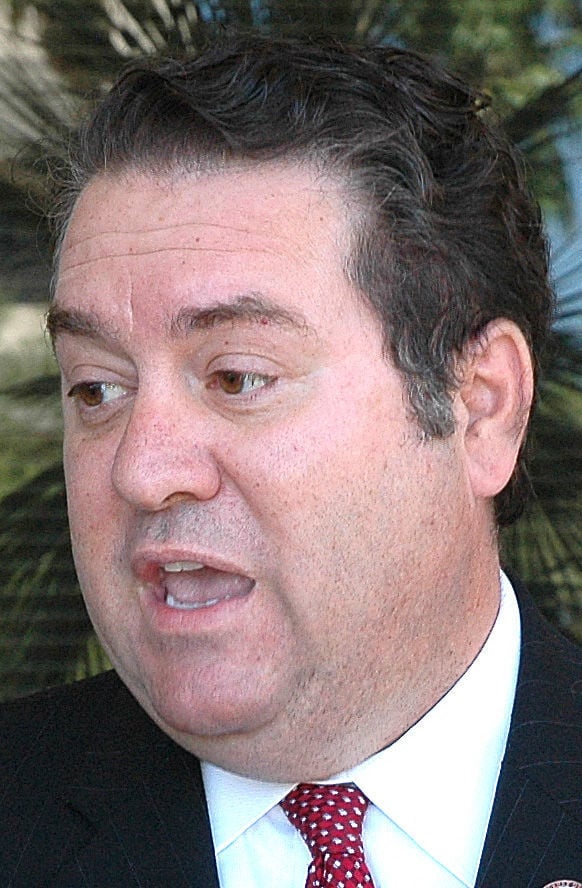