PHOENIX — Facing increased pressure, Gov. Doug Ducey late Thursday agreed to activate the National Guard to restock store shelves, halt all elective surgeries and close all bars, gyms and movie theaters in any county where there have been confirmed cases of COVID-19.

The order also bars dine-in service in restaurants in the same counties by close of business on Friday, March 20. But the governor said restaurants will be able to deliver alcoholic drinks to patrons who get their food to go.

Ducey is also extending the expiration date of all driver's licenses. That is designed to ensure that anyone 65 and older does not have to visit a Motor Vehicle Division office to get a renewal.

In separate action, Arizona Attorney General Mark Brnovich is asking banks and other lenders to provide "temporary relief and economic certainty to their consumers.''

That includes waiving mortgage and auto loan payments for 90 days and ceasing evictions for the same period. And it asks lending institutions to cease charging late fees and to halt reporting late payments to credit bureaus, also for 90 days.

But, unlike Ducey's orders, what Brnovich is seeking is simply a request, with no force of law.

The move comes just a day after Ducey said he saw no reason to enact restrictions on bars and restaurants to protect public health. He specifically rejected the idea of a statewide closure of places where the public gathers even on the heels of similar announcements by several cities, including Tucson and Phoenix, and counties.

By Thursday, the governor's thinking had changed.

In a news release, Ducey said that county-wide closures "ensure one consistent policy across jurisdictions.'' He said it's not a change of mind but simply "updated guidance.''

The order does contain provisions designed to aid businesses affected by his action.

One is allowing restaurants to deliver alcoholic beverages, but only with the purchase of food. It also allows manufacturers, wholesalers and retailers to buy back items sold to restaurants, bars and clubs, as long as they are unopened.

The decision to call out the National Guard also is a reversal of the governor's prior stance.

Ducey had previously addressed the question of hoarding of supplies by simply urging people to buy just what they need. He said he had been assured by executives of grocery chains that supplies will be replenished.

Since that time, however, Arizona markets have been unable to catch up with the demands of shoppers, resulting in rows of vacant shelves and cooler cases. That came even with additional hiring and reducing the number of hours stores are open to the public to devote available staff to stocking shelves.

Ducey's order banning elective surgery, in some ways, mirrors what already has been happening at many hospitals.

He said he wants to "free up medical resources and maintain the capacity for hospitals and providers to continue offering vital services." Ducey also said restrictions on non-essential surgery will help keep critical personal protective equipment available for use in the fight against the virus.

The provision on driver's licenses deals with the fact that these expire automatically at age 65. At that point, motorists must renew every five years, with a vision test each time.

Ducey said allowing older people to drive on expired licenses "protects seniors and vulnerable Arizonans from community spread and supports efforts to social distance.'' He also is applying the policy to those with commercial driver's licenses, "ensuring that drivers stay on the road, not in line at MVDs.''

Brnovich, in his letter to lenders, called this an "unprecedented health emergency.''

"Arizonans who are not working or have had their hours dramatically reduced due to this public health crisis need to know that they will have a roof over their heads and the ability to provide for their families during this difficult time,'' he wrote. 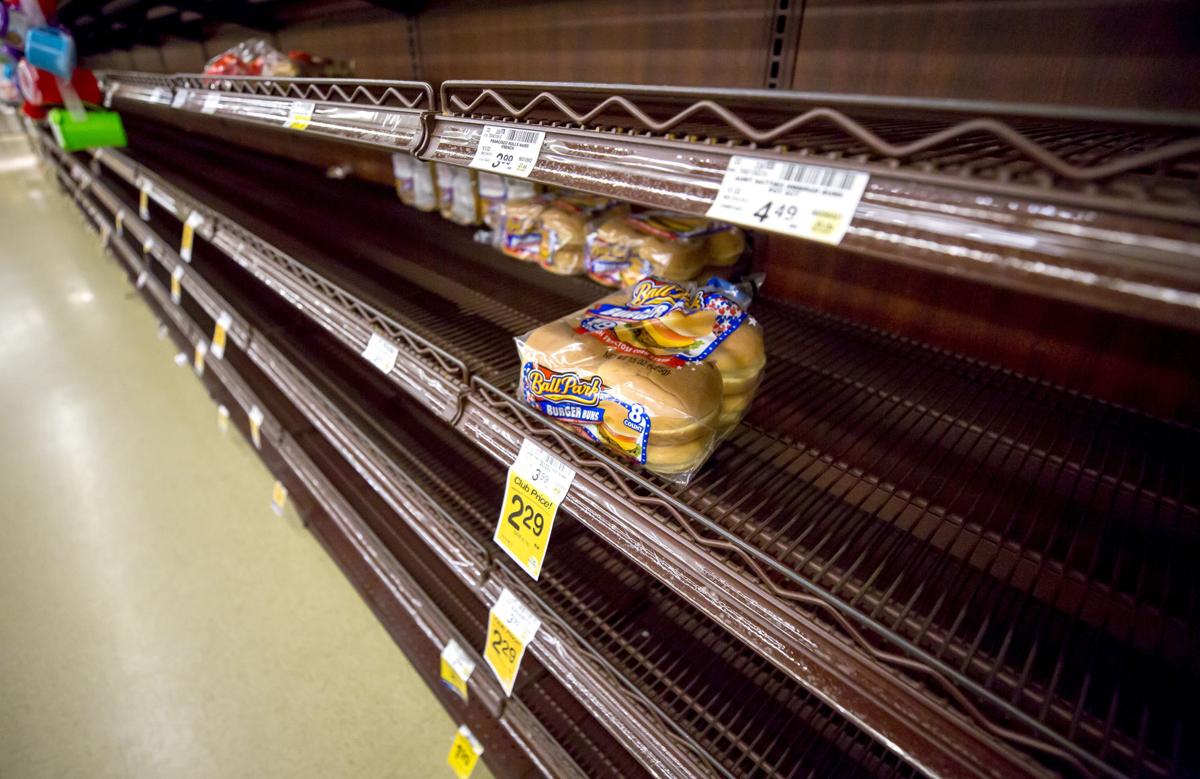 A few hamburger buns remain on otherwise empty shelves of the bread section at a Safeway on Tucson's east side on March 17, 2020. Due to the Coronavirus Disease (COVID-19), there are shortages of items at grocery stores such as canned goods, meats, cleaning items, 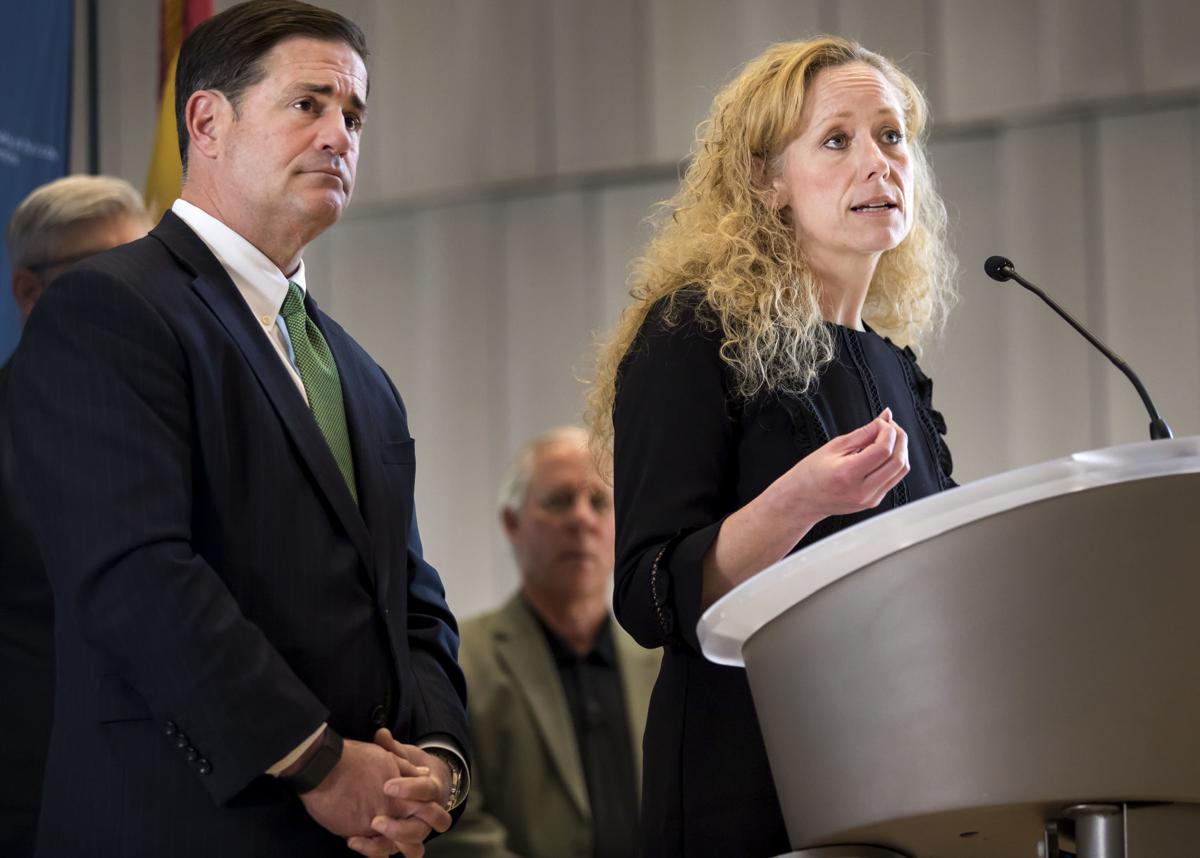