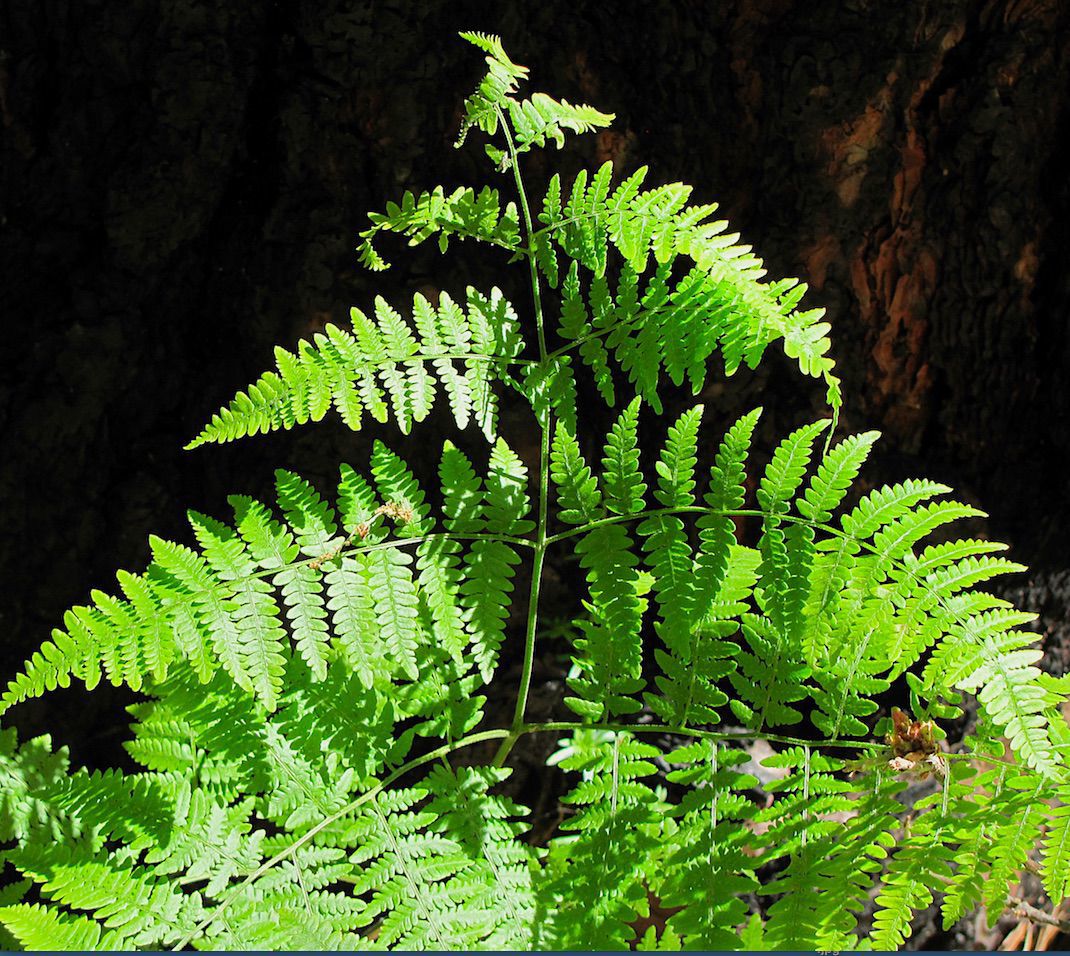 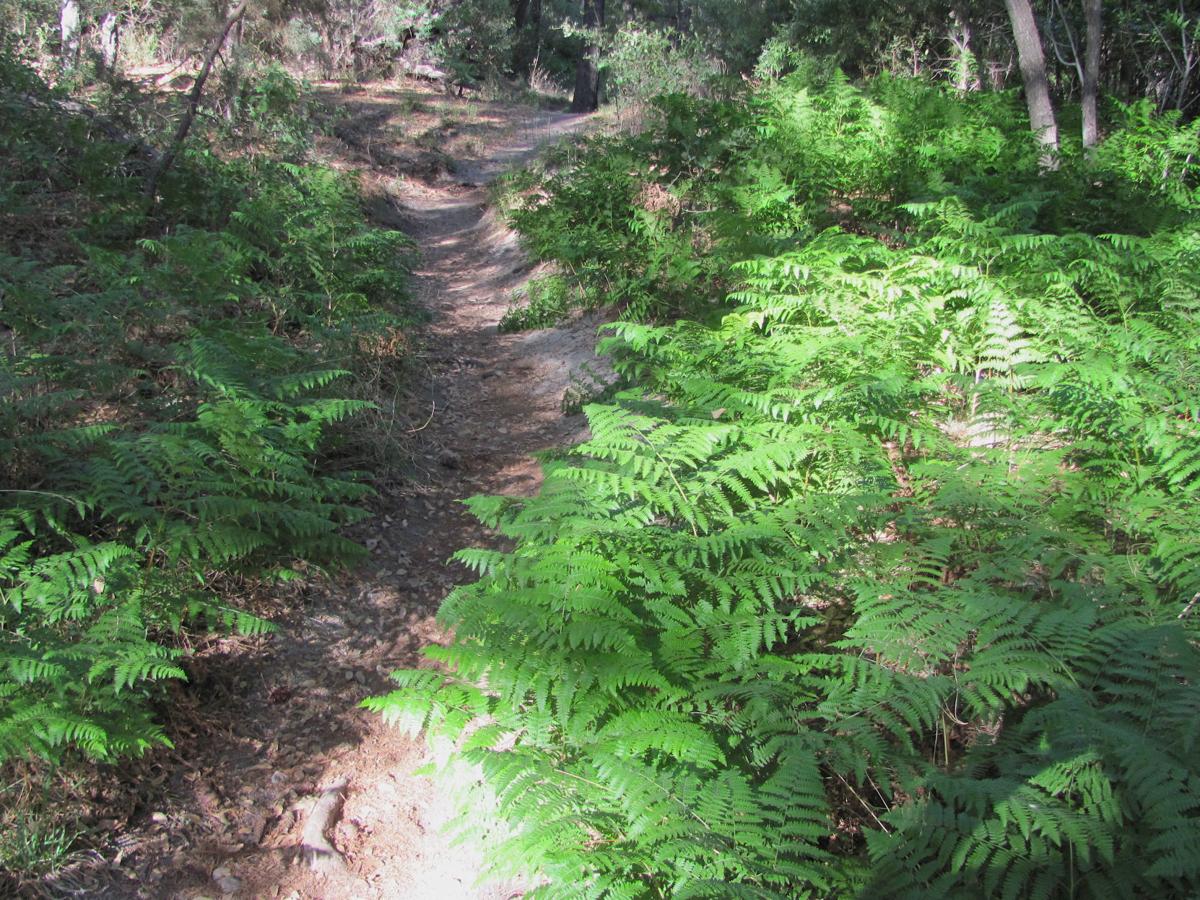 Ferns growing along the Green Mountain Trail in the Catalina Mountains. 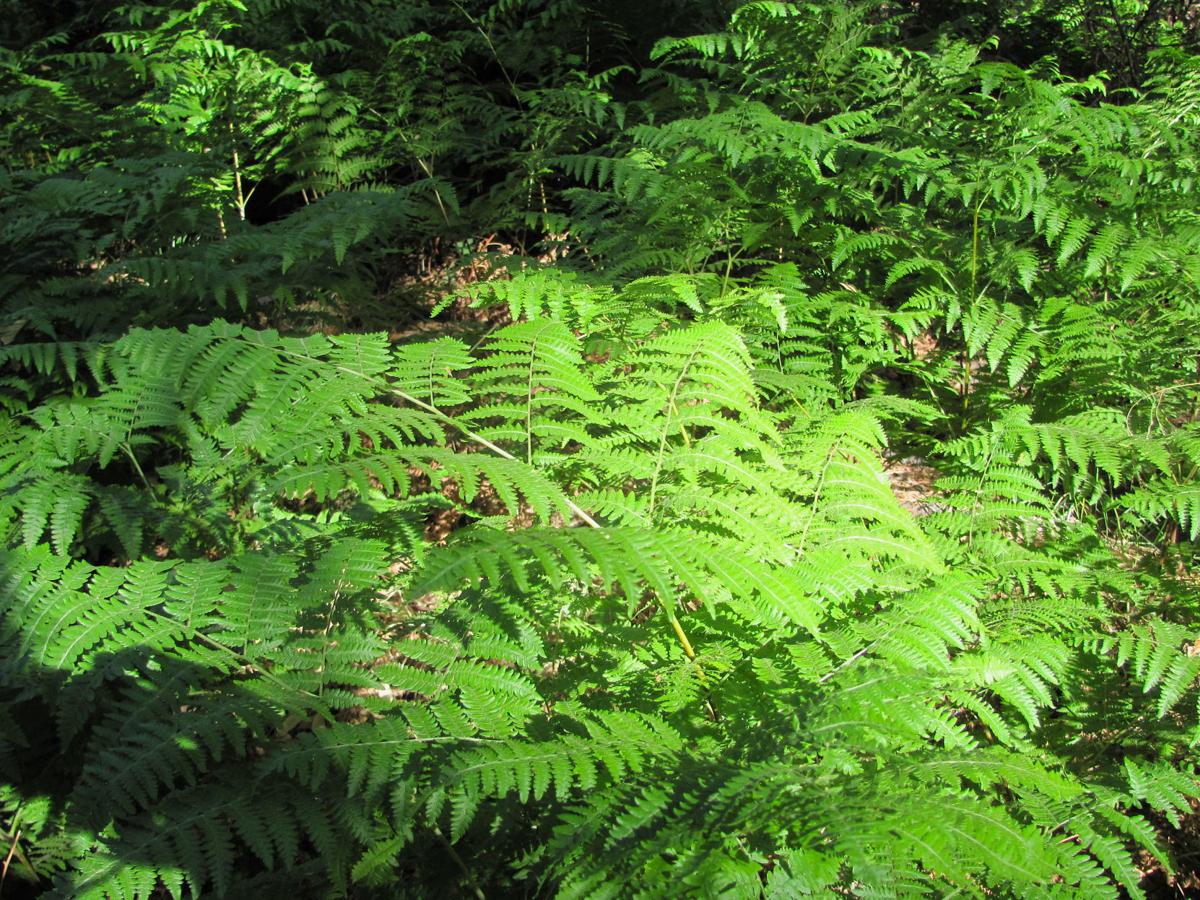 A clump of bracken ferns in the Catalina Mountains.

Take a walk in the Catalina Mountains this month and you’ll likely see plants similar to those you might have seen if you could have wandered through a mountain forest 100 million years ago.

They are bracken ferns — striking plants with emerald green fronds that look about the same as they did when dinosaurs still roamed the Earth.

Brackens “are true ferns and they generally go back to the Jurassic time” 199 to 145 million years ago, said Adam Farrell-Wortman, horticulturist at the Tucson Botanical Gardens.

That feat of survival is remarkable. But Farrell-Wortman noted that bracken ferns are unusual in another way: They don’t grow from seeds, but rather reproduce by making spores, which are spread by the wind.

“A spore lands on the ground and if it’s in the right location, it will start to grow,” producing roots and fronds that gradually unfurl to full-fern size, he said.

“The other cool thing about that genus is that it grows worldwide,” Farrell-Wortman said.

“The only places they don’t grow are extreme deserts,” which include hot deserts and icy mountaintops, he said.

“There is debate about how edible they are,” Ferrell-Wortman said. “Since they are so ubiquitous around the world, some people eat them and some people think they are poisonous. It’s a bit of both.”

Ferns do contain some toxins, he said, but people in some parts of the world have learned to blanch the toxins out of the plants and then cook them.

“They are toxic raw,” Ferrell-Wortman emphasized.

Bracken ferns are abundant — along trails, and some roads as well — in forested regions of Southern Arizona mountain ranges, including the Catalina Mountains north of Tucson.

One place to see ferns along the Catalina Highway northeast of the city is in the Palisades area near Milepost 20.

The Butterfly Trail in the Catalinas also has plenty of ferns in the summer months. To reach the trailhead, drive past Milepost 22 and watch for a parking area and trailhead on the right. Follow the trail about 1.4 miles to find large clumps of ferns.

Warning from wildlife officials: A fed bear could soon be a dead bear

It's dangerous to leave food where wandering bears can find it.

Tiny and huge birds will get your attention in Madera Canyon

Leavengood's guide has lured people to Tucson-area trails since its first publication in 1991.

Saguaros are binge-blooming in Sabino Canyon, with other cactus flowers adding color to the show. Video by Doug Kreutz, Arizona Daily Star

The Historic Kannally Ranch House in Oracle State Park was built in the later 1920s and early 1930s in Oracle, AZ. The house is a lovely examp…

The 4,000-acre Oracle State Park and wildlife refuge north of Tucson is home to the Kannally Ranch House and nearly 16 miles of hiking trails,…

WASHINGTON — A West Wing aide who was dismissive of gravely ill Sen. John McCain during a closed-door meeting last month has left the White House.

PHOENIX — Hundreds of miners and their relatives will join leaders from the Navajo Nation, the Hopi Tribe and the United Mine Workers to rally…

COLLEVILLE-SUR-MER, France — Families of fallen soldiers and dwindling numbers of veterans of the D-Day invasion gathered on the Normandy shor…

The community is without power and air conditioning as temperatures are currently over 100 degrees.

Breathe cool air and trek in evergreen forests in mountains near Tucson.

Ferns growing along the Green Mountain Trail in the Catalina Mountains.

A clump of bracken ferns in the Catalina Mountains.